September found the Foundation travelling in response to invitations to visit Mexico City, Ramallah, London, Toronto, New York and the United Nations. We were honoured to receive the 2019 Culture of Peace Award from the Journalists and Writers Foundation at the United Nations General Assembly in New York City in recognition of the work we do to promote the legacy of Nelson Mandela. 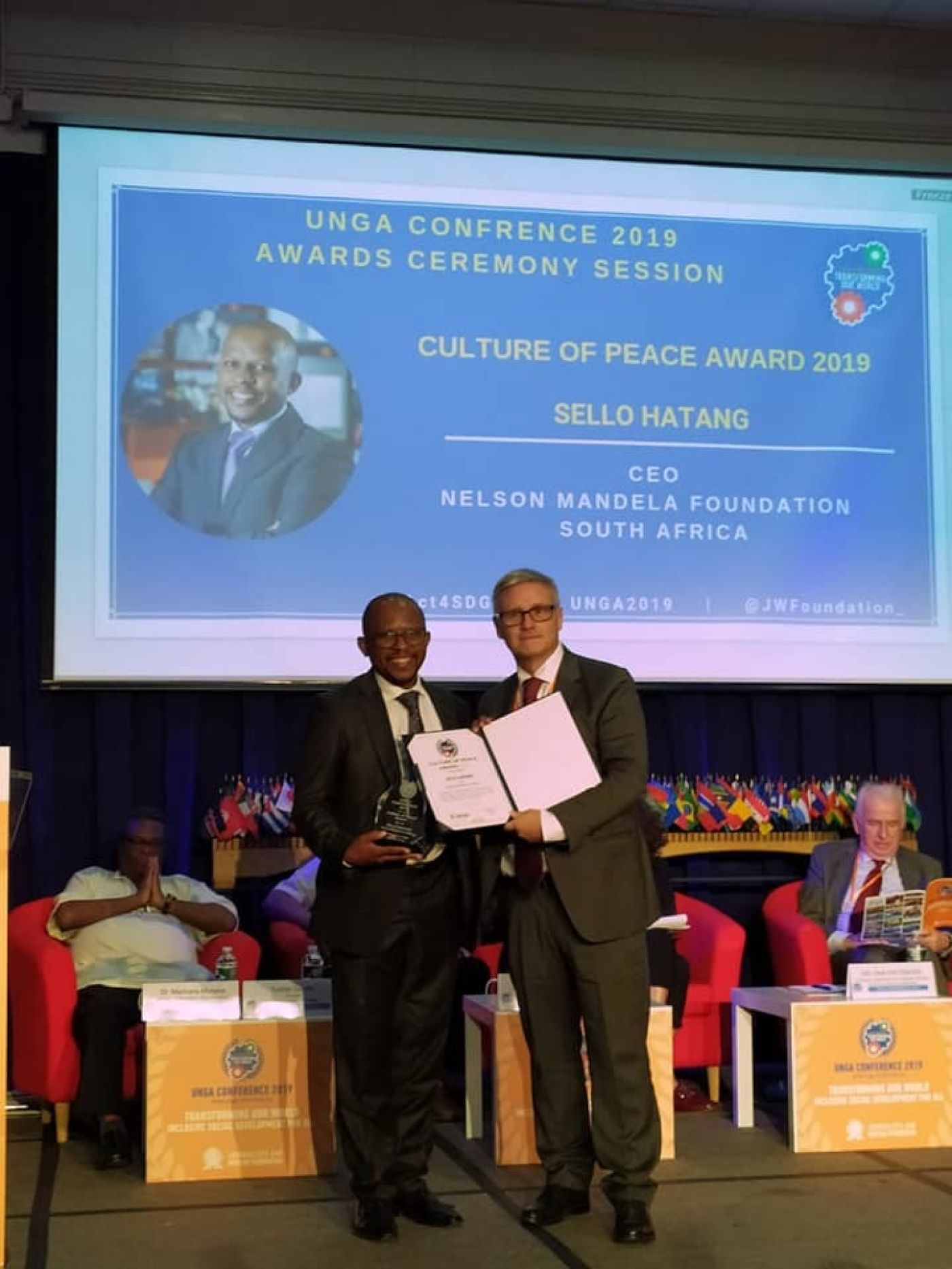 We were in New York when activist Greta Thunberg made her impassioned plea on climate change to world leaders at the United Nations. Just a month before, we had interviewed her in Sweden for our international leadership development project I Know this to be True (a partnership with New Zealand-based publishers Blackwell&Ruth).  Wherever we travel we encounter continuing support for Madiba’s legacy. And increasingly we also encounter concern at what is happening in South Africa.

The levels and the nature of the violence in our society is unacceptable. Our international friends and supporters are shocked at what has been unfolding recently, especially in terms of violence directed at women and at those identified as being foreigners. Among so many ugly incidents, one which stood out for me was the violence directed at councillors in the town of Khuma, in North West. Anger at the structural violence of poverty and inequality, and frustrations over basic services, boiled over this month, with the houses of councillors being burned to the ground and their families chased away. Khuma is my home town.

Earlier this year we developed an exhibition with the Social Economic Rights Institute of South Africa (SERI) titled Insurgent Citizens: Reflections on the Right to Protest in South Africa, which will soon be on display at the Ditsong National Museum of Cultural History in Pretoria. In it we explore the right to protest, examine the nature of protest action in South Africa’s democratic era, and outline the limits (both in law and in ethics) to protest.  It can’t be right that people who are protesting about legitimate community concerns find it acceptable to burn down people’s homes.  It can’t be right that South Africans protest against immigrant communities by unleashing violence on them. We can only hope that genuine community concerns about poor service delivery, human trafficking and drug abuse are not hijacked by unscrupulous politicians and business leaders who want access as we approach the local government elections and criminals who have realised the weakness of our system to hold them accountable.

It is time for all South Africans to take responsibility for a society which has become profoundly violent. It is time for us to address the underlying structural causes of violence. We are reminded of a dialogue and advocacy programme we ran in the wake of widespread violence directed at immigrant communities in 2008. For over two years we worked in 11 "hotspots" across five provinces in an attempt both to understand the violence and to contribute to ending it. Amongst the causal factors identified by that programme were a deep woundedness from an oppressive past not effectively reckoned with, crippling levels of poverty and inequality, rampant corruption, and the extent to which communities relied not on the state but on parallel informal systems and networks for basic services.  In the decade since, South Africa hasn’t done well at learning from interventions like this.

One of the underlying structural causes of violence of course is racism, which the Foundation defines as an apparatus of power which excludes and in other ways oppresses black people. We are committed to fighting racism in whatever form it takes and however it manifests itself. So our court action on the apartheid national flag was not arbitrary. Rather, it flowed from a longstanding anti-racism programme which supports amongst other things the Atlantic Fellows for Racial Equity (AFRE), a transnational project designed to develop more effective strategies for combatting racism. We welcomed the September decision by the Equality Court to dismiss AfriForum’s appeal against its ruling on gratuitous displays of the apartheid flag.

Promoting Madiba’s legacy in the contexts of 2019 South Africa is increasingly complex and challenging. But arguably it is more important than ever. Which is why receiving an international award in recognition of that work means so much to the Foundation.