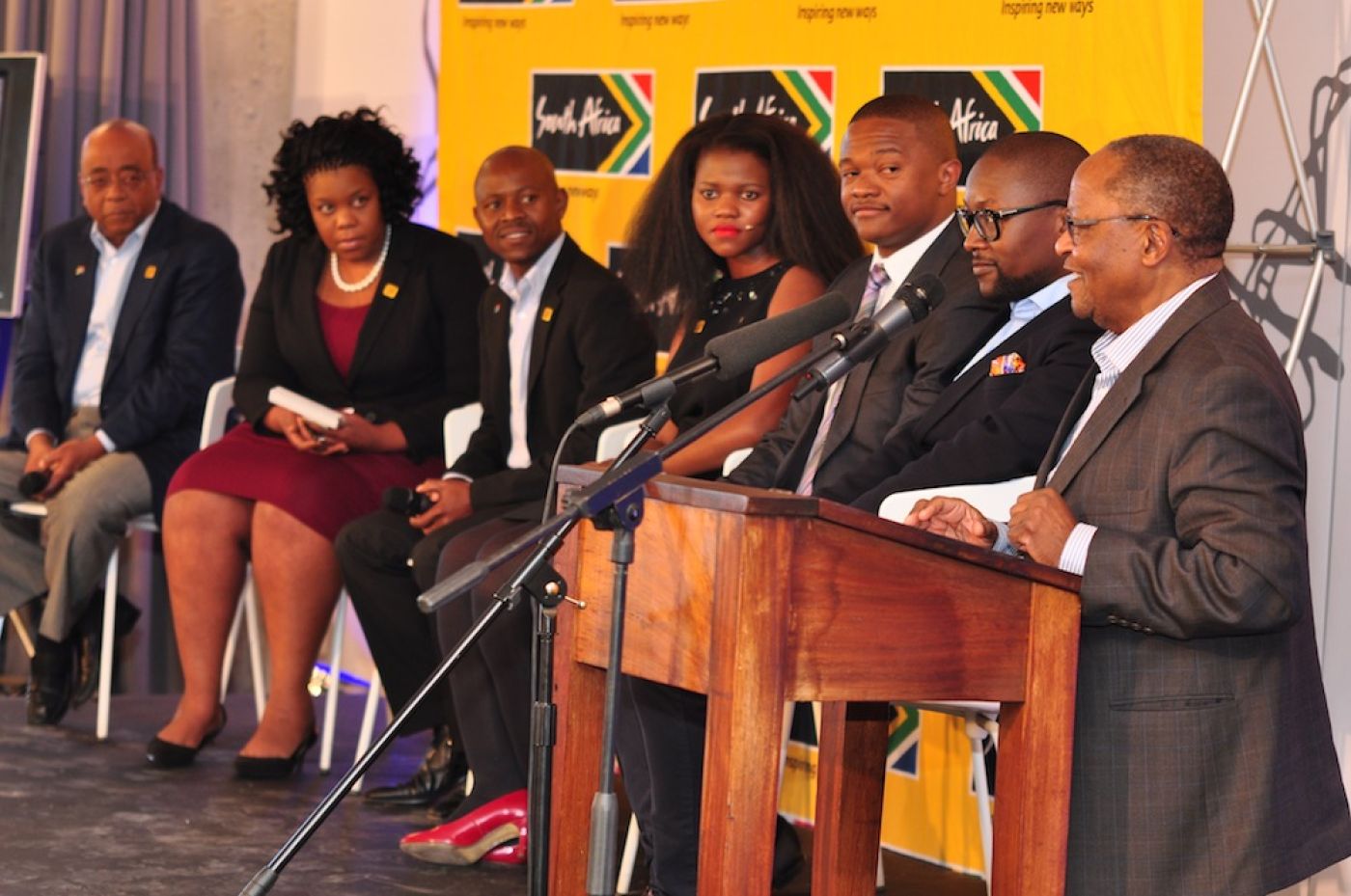 Prof. Njabulo Ndebele welcomes guests as the rest of the panel looks on

A Youth in Dialogue event, part of the 11th Nelson Mandela Annual Lecture programme, was held on Sunday 18 August 2013 at the Maboneng Precinct in Johannesburg. Around 200 young South Africans and civil society stakeholders gathered at The Open in Johannesburg’s pulsing Maboneng Precinct to engage on the topic “Active Citizenship and Building Social Cohesion”.

The conversation was led by an august panel made up of Dr Mo Ibrahim, who delivered this year’s Annual Lecture; Luvuyo Mandela, Verification Analyst at the National Empowerment Rating Agency; Zengeziwe Msimang, Marketing Director at the Department of International Relations and Cooperation; Neliswa Fente, co-founder of SpringAGE; and Thulani Madondo, co-founder and Executive Director of Kliptown Youth Programme. Detailed bios of the panellists can be accessed via the download links at the end of this article.

Mandla Sibeko, the programme facilitator, placed youth in context in Africa, where more than 72% of the population is under 34 years old. “Are young people alienated?” he asked, and: “Do we have the tools we need to be the leaders of the future?”

He said that he looked forward to their active involvement in actioning and implementing the National Development Plan. He challenged all present to play their part in shaping the future of the country.

Professor Njabulo Ndebele, Chairperson of the Nelson Mandela Centre of Memory, spoke about Madiba’s passion for the youth.

“Over half of the country is under 39 years old and 72% of unemployed South Africans are under the age of 34,” he said, reiterating the importance of active citizenship amongst youth and its role in building social cohesion. 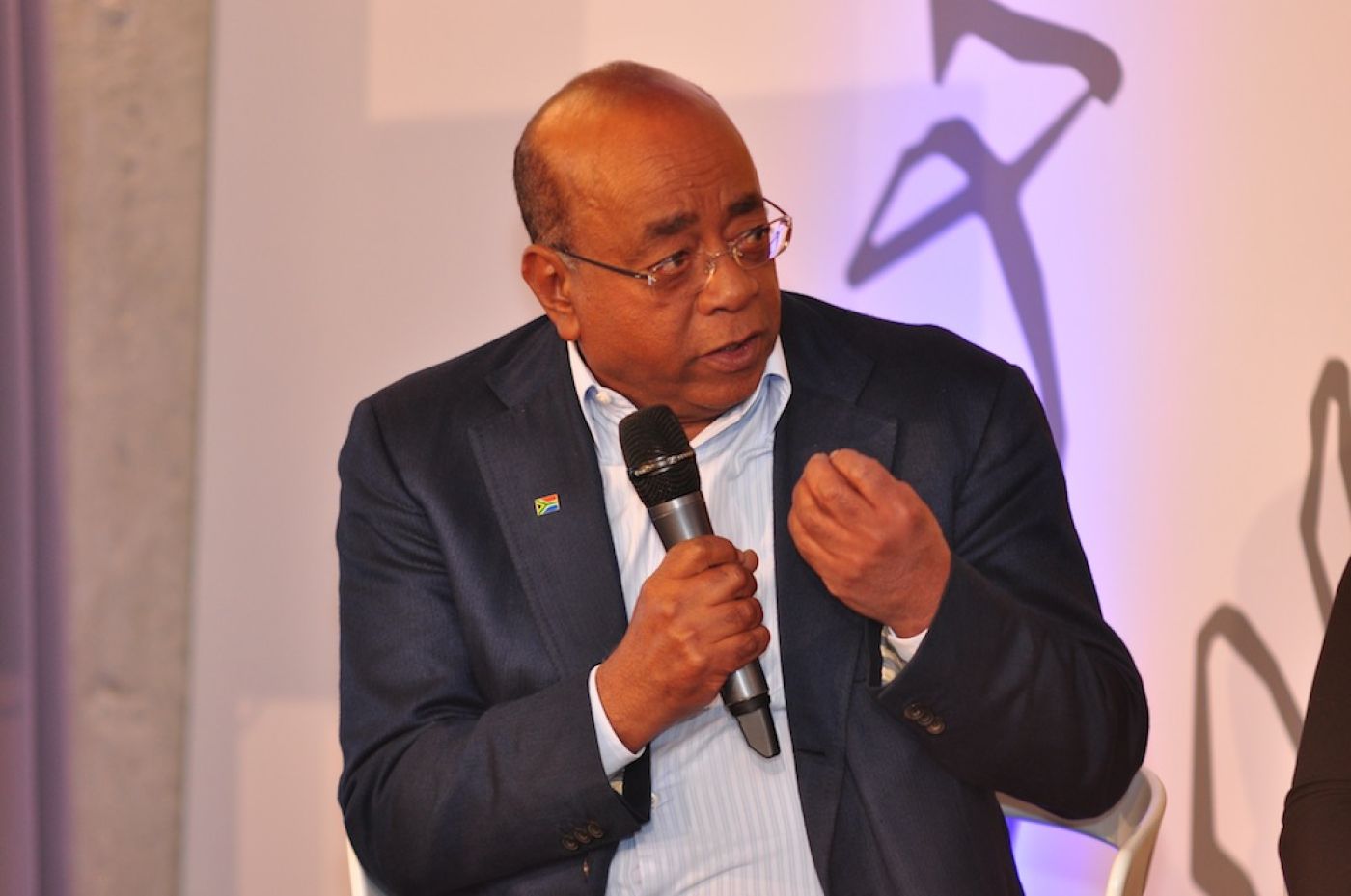 Dr Ibrahim opened the panel dialogue by saying that working together is the Mandela way – not singing, dancing and wearing T-shirts. He said social cohesion can only be realised when people feel they have a place in society and a sense of belonging. He touched on a number of the points he had previously raised in the Annual Lecture, focusing especially on matters affecting Africa’s youth.

“You own this continent,” he said. “You are the largest constituent, the largest voting bloc. You own the future; you need to take it. You shouldn’t wait to be invited: Push your way to the table and tell us what the future is.”

Msimang quoted the old adage: “From those who have been given much, much is expected,” and pointed out that the youth of South Africa have indeed been given much and should be prepared to go that extra mile in order to succeed. It won’t just come on its own.

She said that although she was present in her personal capacity she was committed to being a civil servant, with the emphasis on servant, and called for more participation from youth in government and civil society. 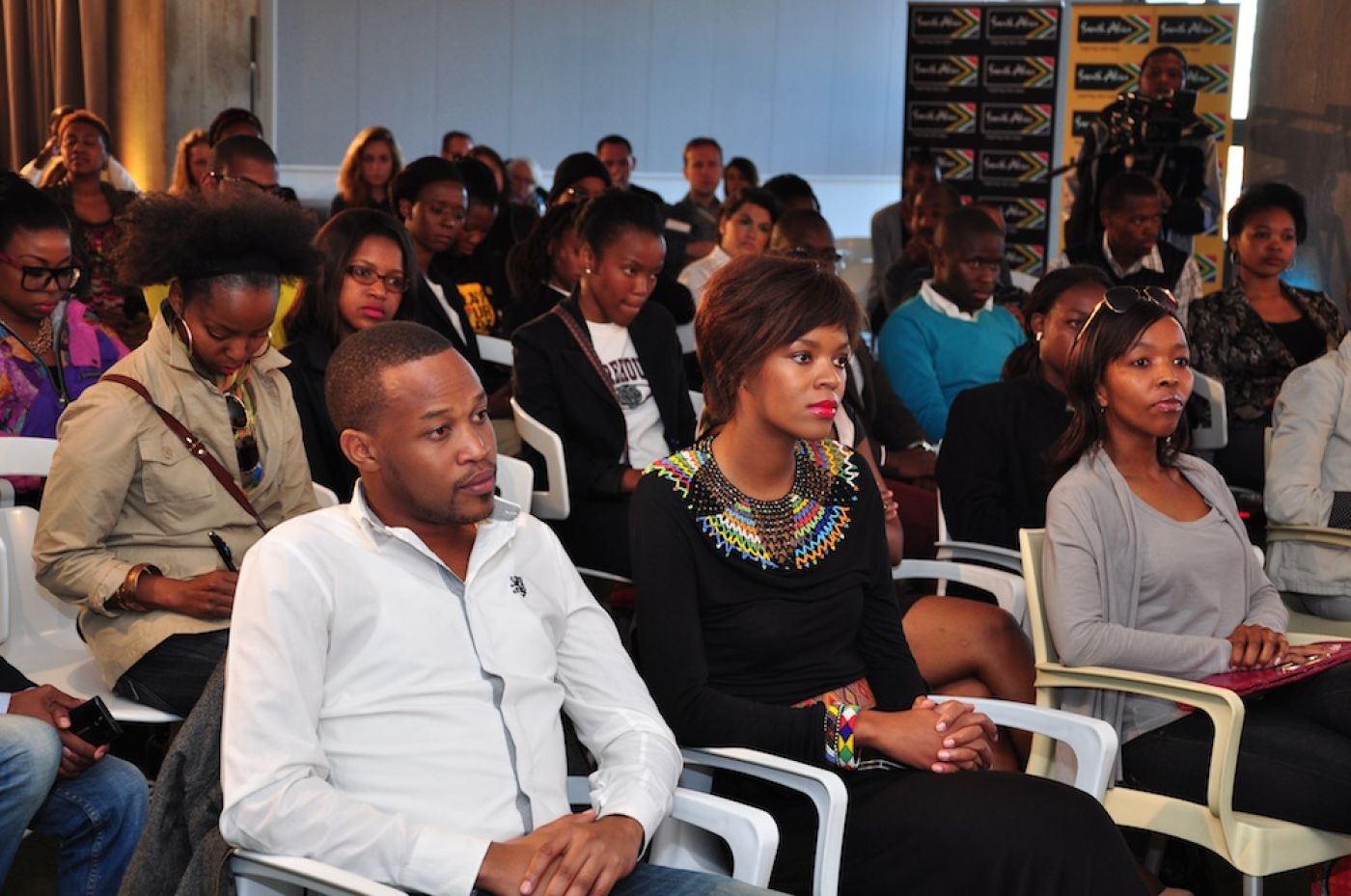 Madondo called on youth to be active and take ownership: “Say to yourselves, 'there’s nothing that can be planned for me without me.' Young people must understand we can write our own history.”

Fente spoke about the importance of creating spaces for collaboration. “No single entity, government, business or youth can or should be expected to do it on their own – collaboration is the key to creativity and without dialogue, we cannot move forward.”

She also emphasised the importance of acting immediately. “Do not think that you cannot start without the full amount of investment that you need. Rather work out what you can begin immediately to enable you to reach your goal.” 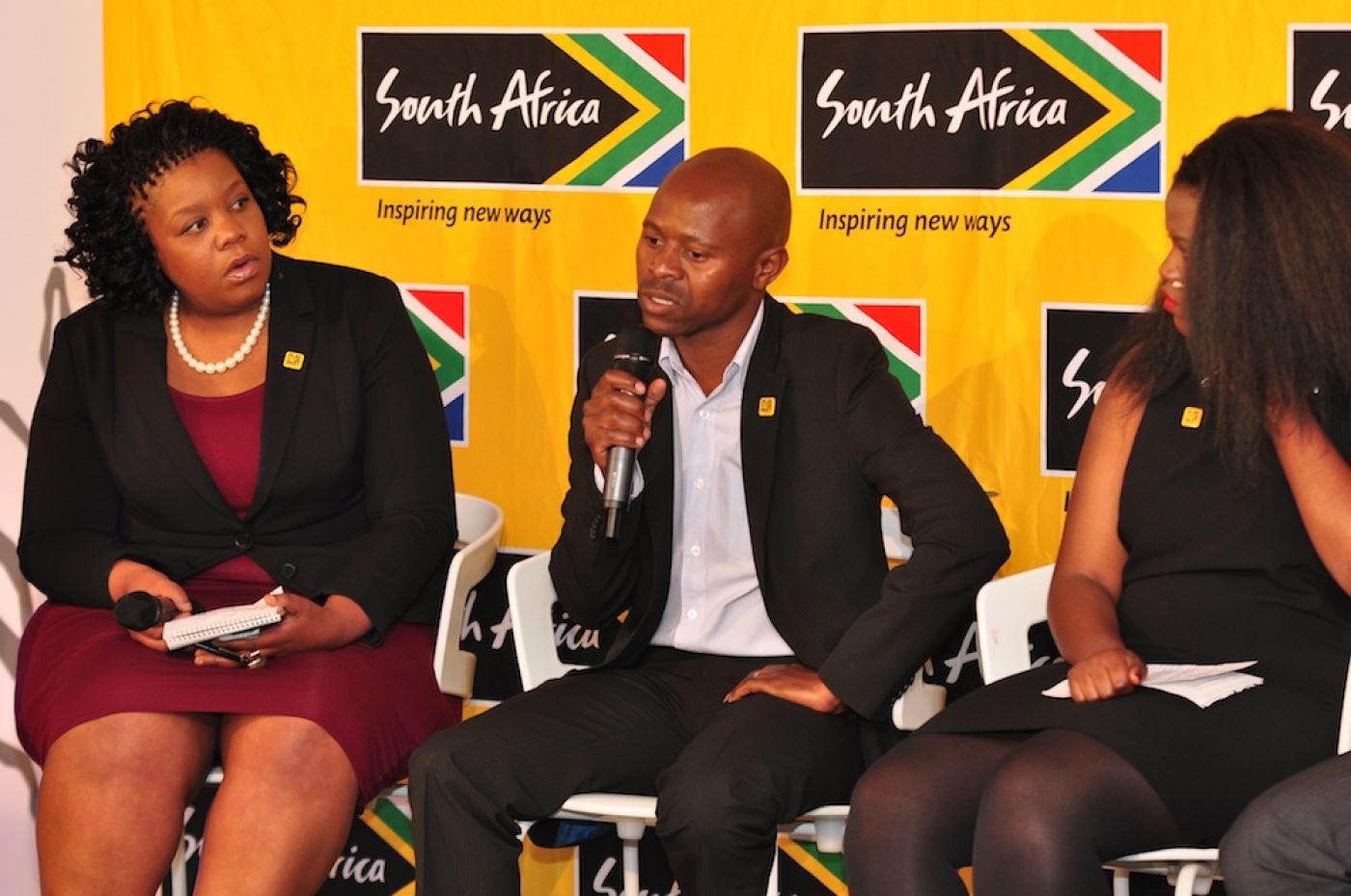 Luvuyo Mandela said the definition of social cohesion depends on your perspective and where you come from. He said small children are very good at it because they have not yet been socialised. “If you want to see how it works, watch six-year-olds,” he said. “They have no care in the world and spend time getting to know each other.”

He said we should approach each other differently when we meet. “We ask each other what we do, rather than how we are. This creates barriers and highlights inequalities. The moment we start genuinely engaging, is when we start solving problems.”

Youth from the floor raised issues around ubuntu, religion, standards of education, social cohesion and South Africa’s relationship with the rest of Africa.

“We must work together with the government on policies around education and health,” said one guest. “We need a platform to be heard. We need access to people who make decisions.” 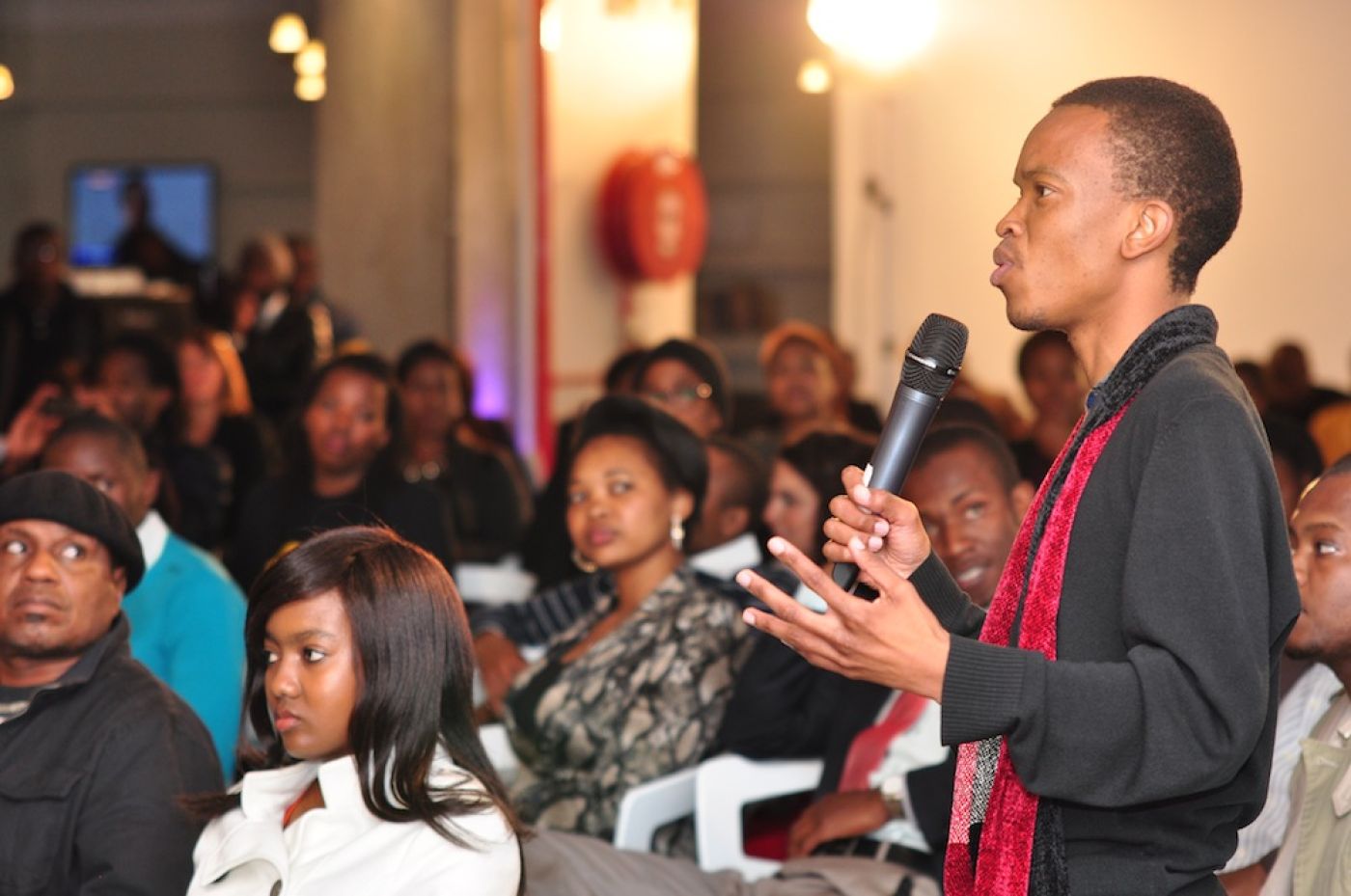 By contrast, one of the participants mentioned that we are ahead in terms of policies and frameworks in South Africa. “We knock on government’s and Brand SA’s doors every day,” she said, adding that it is a two-way street. “Young people need to create organisations and tools. We need to learn to speak the language that government understands.”

Ibrahim’s final words were a heartfelt plea to the youth to recognise the importance of organisation and teamwork. As individuals we can’t do much but if we organise, those organisations can talk to each other, and together we can create our own solutions.

Chief Executive of the Nelson Mandela Centre of Memory, Sello Hatang, bid the guests farewell, quoting Nelson Mandela: “The call now is for each one of us to ask ourselves are we doing all we can to help build the country of our dreams,” and pointing out that the key to social cohesion is the restoration of dignity.