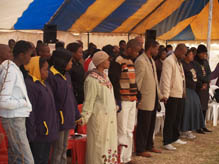 Oct 30, 2008 – If not you, who? If not now, when? If not this, what? The urgency of these questions drew people together with a sense of purpose in a workshop at the Nelson Mandela Foundation today.

The workshop was held to conclude the Foundation’s 2008 community conversations series. Delegates shared experiences, explained the methodology used in the dialogues and discussed the way forward.

The 10 conversations held in 2008 elicited communities’ ideas about HIV prevention and related issues of concern to those communities. This is the first step marginalised communities take to developing their own resources to respond to HIV/AIDS.

The delegates at today’s workshop included organisations and individuals who had taken part in the series, as well as those that might potentially work as partners in this initiative in future.  Among them were municipal officials, NGOs, industrial theatre practitioners, government’s Khomanani campaigners, academics and funders.

Shivaji Bhattacharya, a senior policy advisor at the United Nations Development Programme (UNDP) who had used the methodology in a number of developing countries, spoke about the thinking behind it and the goal of moving from shame, fear, silence and denial in communities to hope and action.

John Muir, of Hope Worldwide, shared his experience of CCE. He said the NGO had changed its approach from being prescriptive and controlling to “re-humanising” people by listening to them.

The Nelson Mandela Foundation has secured funding to continue its community conversation work for the next three years in the same communities. As a first step, about 40 people drawn from and nominated by these communities will be trained as dialogue facilitators in November.

Comments from the workshop:
“Through the community conversation at Lerome, we learned what it means to make a difference in someone’s life by engaging and listening to them rather than by assuming what they want.” –  Councillor Thomas Manganyi, Provincial Council on AIDS, North West.

“We were very impressed. It’s a good approach when the community owns it.” – Sina Eckhoff, GTZ.

“The community conversations made people comfortable to come out and talk about issues that troubled them.” – Phillimon Monyeki, Moses Kotane Municipality, North West.

“We are now busy with the One Love campaign, about multiple and concurrent partners. It’s interesting to learn about the different approaches that organisations take towards communities. What is interesting about CCE is the length of time the facilitators spend in communities – it’s about resources and capacity. It’s important for organisations not to duplicate work but enhance each other’s efforts.” – Tyrone Parks, Soul City.

“This methodology reminds us of the old ways of doing things. In the olden days men used to sit under a tree and converse and that method has come back through the community conversations. In order for us to destigmatise people living with HIV we need to re-integrate it into social development. We need to realise that there is a link between HIV/AIDS, poverty, education and social welfare and we can’t isolate these from each other. Let’s look at where we can partner.” – Dr Mercy Makhalemele, Tsabo-Tsonga Consultancy.

“We must not create a dichotomy between communities and authorities – they share the same problems.” – Achmat Dangor, NMF CEO. 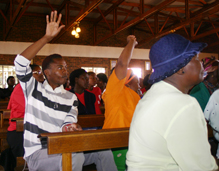 Members of the Soshanguve community actively participated in the dialogue 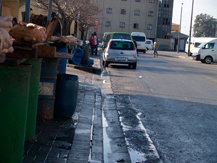 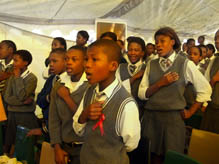 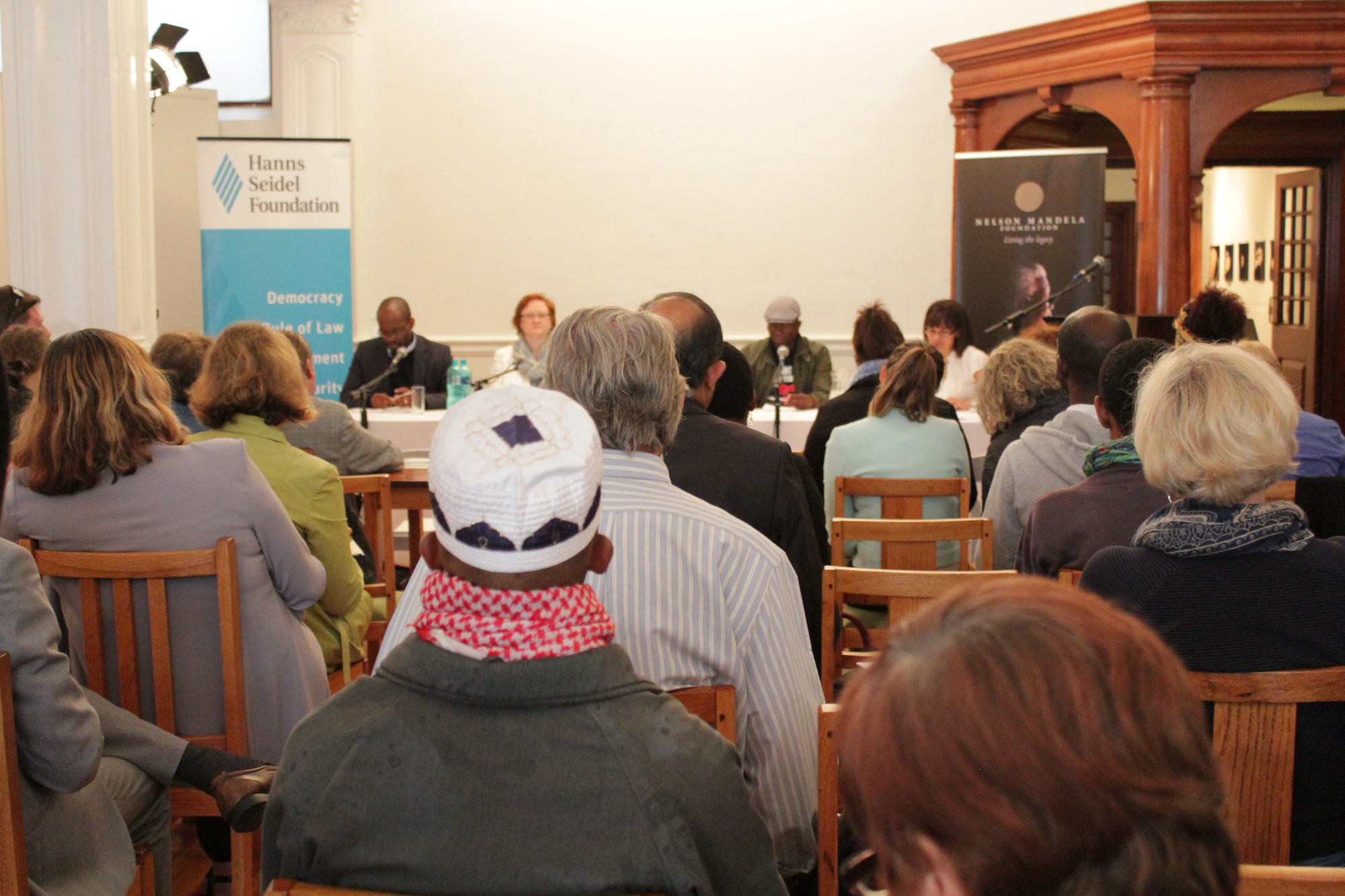