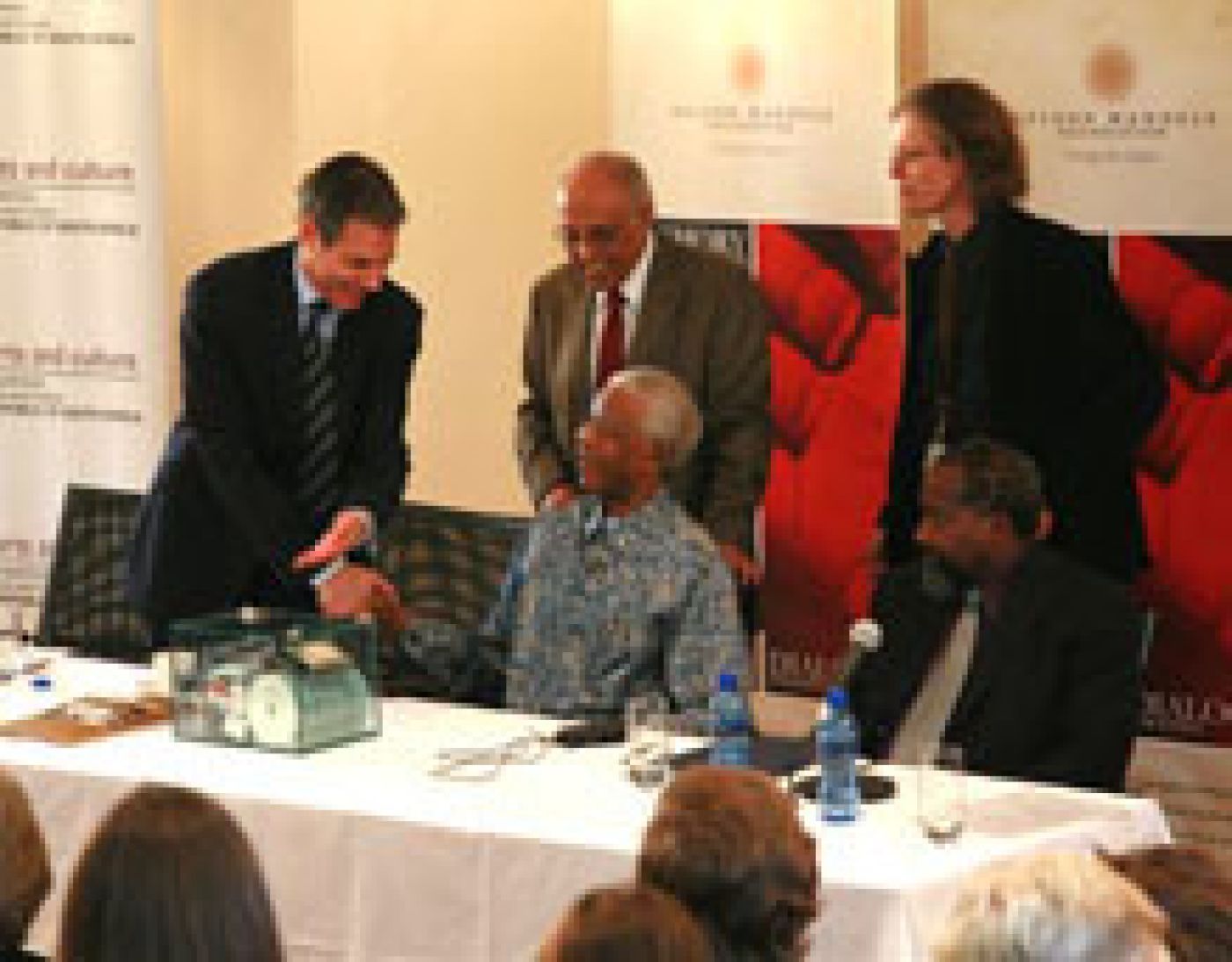 In 1991, Tladi Ditshego was working in the ANC offices in Washington DC during the holidays during his studies at Georgetown University. It was during one of these stints that Nelson Mandela visited the USA. Mr Ditshegoi was asked to join the preparatory team tasked with planning for the visit, and he got to work closely with Mr Mandela during the trip.

Mandela was so impressed with Mr Ditshego’s work that he offered him a job in Johannesburg to advise and help coordinate some of the activities within his office. Soon thereafter he returned to South Africa and became an international affairs coordinator for the ANC. Jessie Duarte was the regional coordinator under Thabo Mbeki, who was then the head of the ANC International desk.

One of his responsibilities was to get Mr Mandela’s autobiography written within a specified time. He had to choose between two writers, Richard Stengel, and another British writer. After doing research he was impressed with Richard Stengel and the fact that he had written a book on South Africa called the January Sun: One Day, Three Lives, a South African Town. Mr Ditshego loved the story and the way he approached it, and its simplicity. Stengel was also the deputy managing director of Time, and was therefore not just a journalist, and a writer but an editor of an internationally acclaimed magazine. He contacted Stengel and offered him about the opportunity to come and write a book for Nelson Mandela, which Stengel accepted immediately.

Stengel and Ditshego became very close because Ditshego had to manage both Madiba and Stengel’s schedules. Madiba was an early riser because of his prison routine and his busy schedule, the interviews were done at Madiba’s house in the early mornings with sessions completed by 07:00.

Mr Ditshego managed that process until he had to leave at the end of 1993 because he had received death threats, soon after the death of Chris Hani. Mr Ditshego then returned to the USA to complete his studies but kept in touch with both Madiba and Stengel.

A lot of people ask him why he come back to South Africa, and his answer is “because this is my country, and I went to fight for it” and feels very blessed to have been part of the liberation of this country. He thinks education is the best, it helped extricate himself from poverty and help other family members to get higher education as well.

Mr Ditshego is currently the chairman of Merchant West Asset Finance, the director at Toll Infra, and also involved in Dirt Diggers, which is a company that rebuilds all the underground mining machines. He keeps busy with some of the activities outside but says “I'm still a member of the ANC at heart”.

Richard “Rick” Stengel is the ghost writer for Long Walk to Freedom. See press statement about the release of his interviews with Madiba Mandela: The lost tapes.