While much of the land debate in South Africa has focused on rural land, there is also a need to address the transformation of urban spaces to make them more inclusive and accessible to the poor and marginalised. High-profile land occupations across South African cities and the efforts by civil-society movements and activists have increased the urgency to confront this issue.

To engage with this topic, the Nelson Mandela Foundation – in partnership with the United States Embassy and the African Centre for Cities – had the honour of hosting Professor Toni Griffin of the Harvard University Graduate School of Design to deliver a Nelson Mandela 100 lecture with the title My Just City is Black and White: Race, Space and Design. The event, held at the Nelson Mandela Foundation on 31 May 2018, formed part of the ongoing commemoration of the centenary year of Madiba, and of the dialogue work the Foundation has undertaken to understand poverty and inequality in the country.

She was joined by social activist and Social Justice Coalition deputy general secretary Mandisa Dyantyi and Professor Edgar Pieterse, director of the African Centre for Cities.  More than 140 people attended the lecture.

Griffin, who is also the founder of the New York-based firm Urban Planning for the American City, which specialises in leading complex, transdisciplinary planning and urban design projects, grounded the lecture in her own story as a young person on the South Side of Chicago – a predominately black area – and her movements across different cities in the US as she navigated her career as a planner, academic and urban designer.

She noted a number of key urban challenges, such as urban sprawl, which have often led to inner-city abandonment and decay, population and job loss, as well as the deepening of racial and class divides. This urban sprawl has in turn led to spatial isolation, with more fear creeping into societies as communities move physically apart. These fears have manifested in design, for example the building of sidewalks in the air, elevated entrances and gated front doors.

Griffin then spoke about the role of planning and how a language of activism must be “mainstreamed” into the conversation. There was a call to adopt the term “injustice in planning”, which allows communities to undo the past and build a future of “just urbanism”.

In order to do this, there is a need for a shared language, Griffin noted, adding that she and her team had created and published an index of 50 “just city values” that bring people together and allow communities to craft their own distinct versions of how to make their city more just.

She also related some of her experiences from her time in South Africa and noted that the public sector often does not convene spaces to discuss and debate, with many city plans being written by a single source. Instead, she argued, there should be civic engagement with broad and deep inclusion.

This approach will cater for the variations of different communities who value different things and help them move towards the creation of more just cities where people – especially the poor and vulnerable – have a voice in shaping their spaces. This means that cities and city planners should value more than economic impact, but promote the values of inclusion, belonging and identity.

In response, Dyantyi spoke of the various forms of exclusion enacted on her community and on the black people of Khayelitsha township near Cape Town. Most noticeable were the severe police shortages and the lack of safe and dignified sanitation. Many of the city planners, she said, had designed “apartheid cities”. Thus, there was a need to transform not only politicians, but also the bureaucracy of the state. The state’s failure to transform the lived experiences of many black residents has meant that democracy has not materialised in many areas.

Pieterse highlighted that there was enormous potential for cities to thrive and develop, and that it required thinking beyond the “apartheid trope” without forgetting the history. In doing so, there needed to be a focus on “nuances of the particular”, but also on larger projects. He joined Dyantyi in noting how failures of engagement affected democracy, arguing that often democracy itself became “performative”.

A robust question-and-answer session followed the reflections, including questions around gentrification; displacement; economic development and investment; leadership; strategies to create an inclusive city; and the need to include young people in the discussion. Participants also mentioned comparative examples from China and the rest of the African continent.

The themes and lines of inquiry during the lecture offered a lot in terms of conceptualisation and understanding and will be drawn into the Foundation’s work in the future. 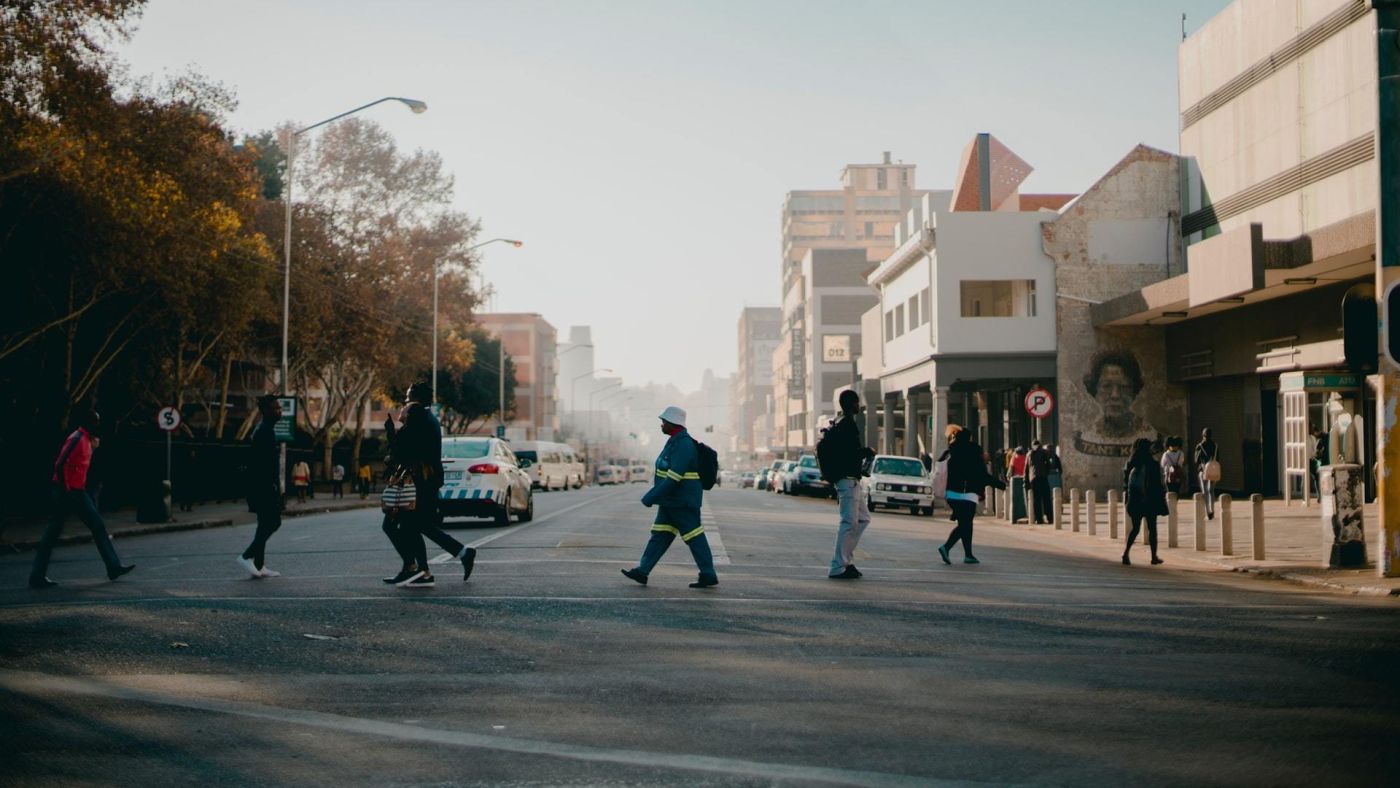