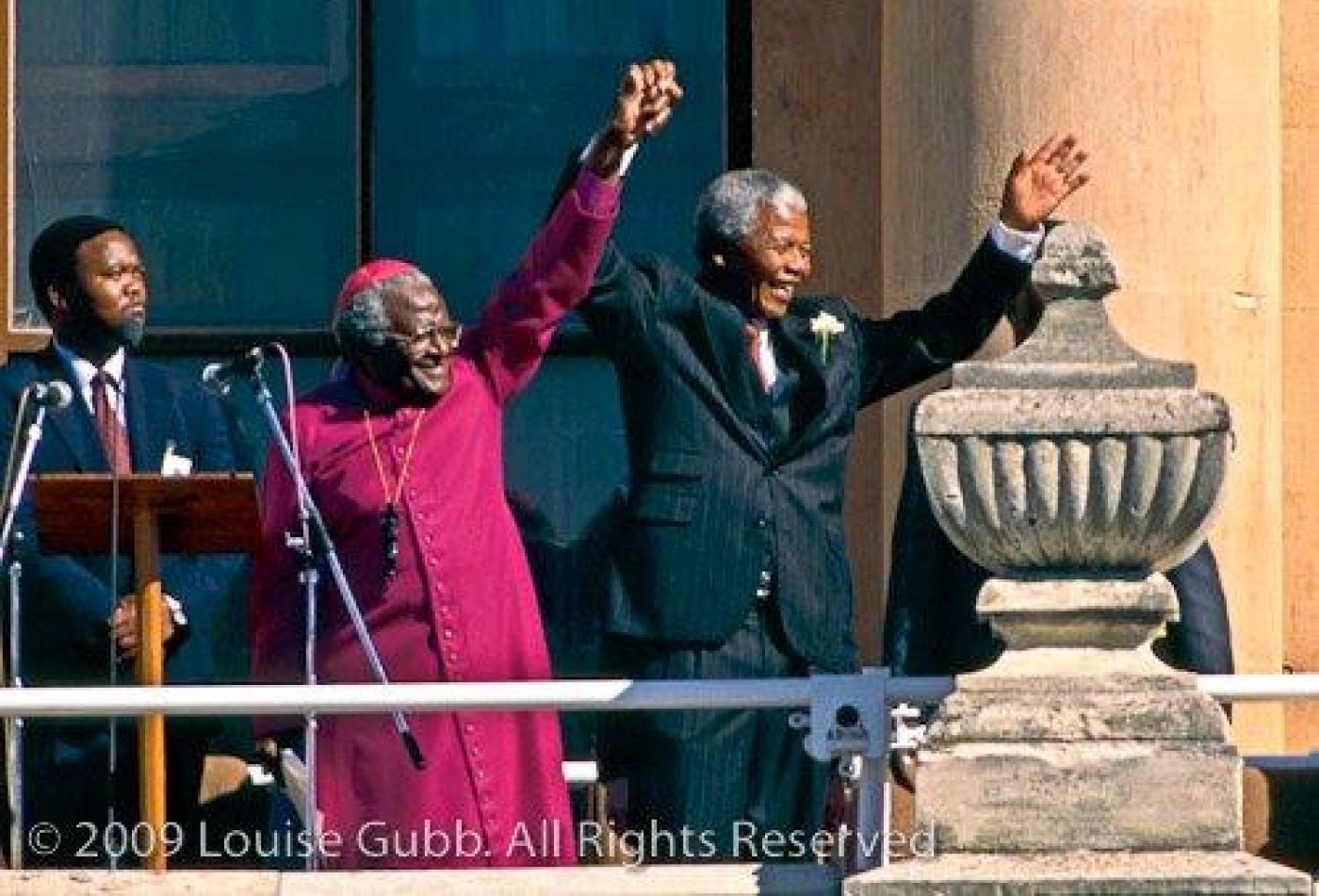 The smiles were broad, tears flowed and cheers erupted.

Seven days after he had proclaimed “Free at last” as the African National Congress declared victory in South Africa’s first democratic elections, Nelson Mandela stood before a newly constituted Parliament to be elected President.

The historic occasion on Monday, 9 May 1994 has, for the past 20 years, been relatively overshadowed by President Mandela’s inauguration in Pretoria the next day.

But before he could be sworn in, he had to be elected.

The grey-suited, mainly white male Parliament had been transformed by the momentous elections in which a 75-year-old Mandela had voted for the first time in his life. The new 400 Members of Parliament, men and more than 70 women of all hues, swept joyfully into the hallowed National Assembly.

There were no other nominations. (Watch the nomination here.) 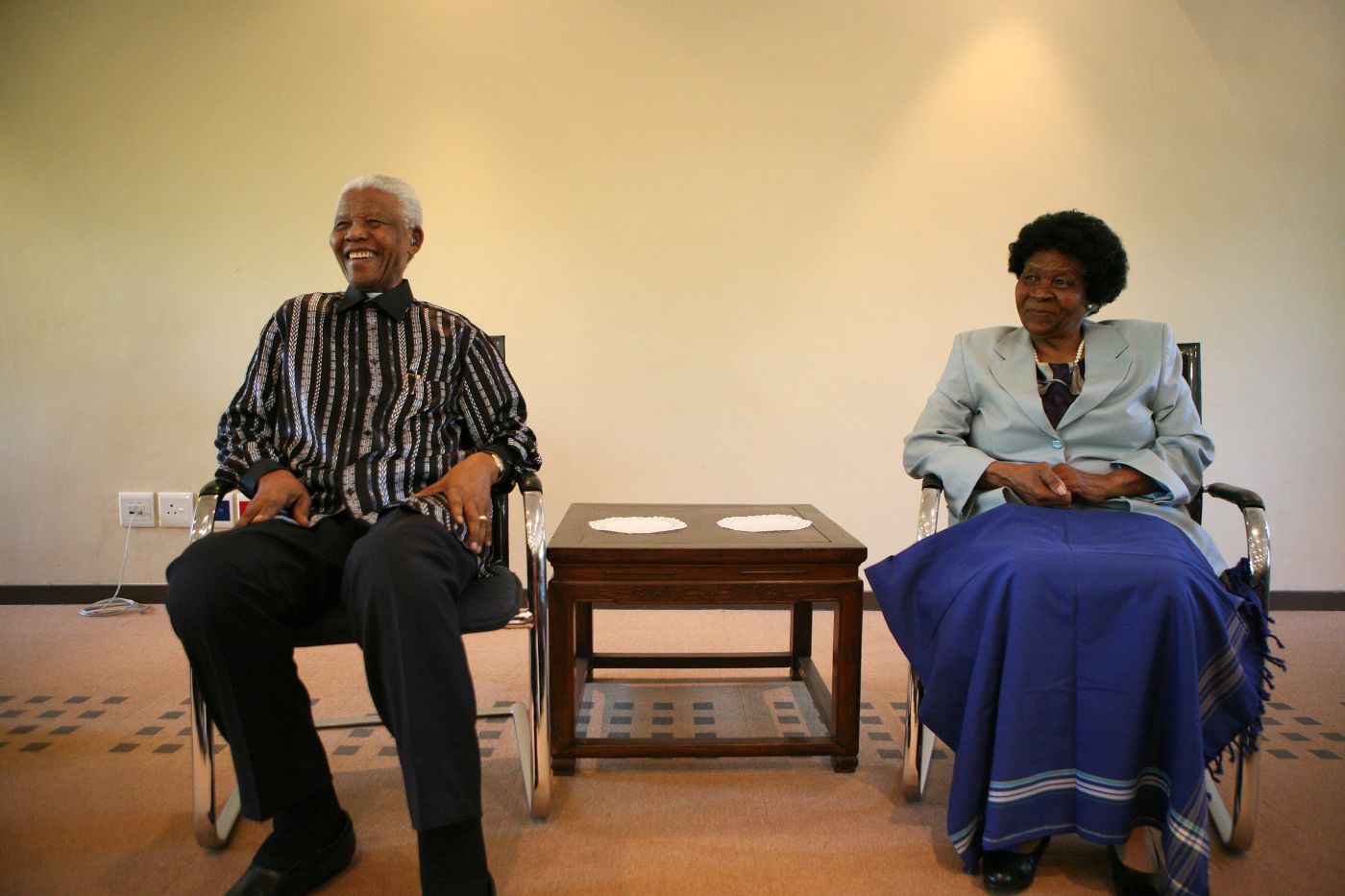 Nelson Mandela with Albertina Sisulu in 2008

Tears and cheers broke out as the assembly and the public gallery rose as one, cheering a smiling, waving Mandela to his brown leather bench. It once was the seat of President FW de Klerk, who just over four years before had announced, in the same chamber, that he would free the man who had served more than 27 years in jail.

MPs led the rhythmic clapping while an imbongi (praise singer) changed Parliament forever, chanting the praises of the new President in his mother tongue of isiXhosa.

And De Klerk was among those cheering.

Chief Justice Michael Corbett, who had visited Mandela in the most harrowing period on Robben Island, declared Mandela President-Elect. MPs were sworn in in small groups.

Shortly afterwards Mandela and his soon-to-be deputies De Klerk and Thabo Mbeki stood on the red carpet at the entrance to Parliament.

The ANC had won 252 seats in the 400-seat Chamber, the National Party won 82 seats and the Inkatha Freedom Party got 43.

Whisked from Parliament, Mandela soon stood on the same City Hall balcony from which he gave his first speech as a free man on 11 February 1990. This time an ecstatic Archbishop Desmond Tutu introduced him to the crowd as “our brand-new State President, out-of-the-box, Nelson Mandela!”

The beloved cleric reminded the crowd below that this was what South Africans had waited 300 years for.

And the next day the world watched as President Nelson Rolihlahla Mandela swore allegiance to the Republic of South Africa. (Read Mr Mandela's inaugural address here.)