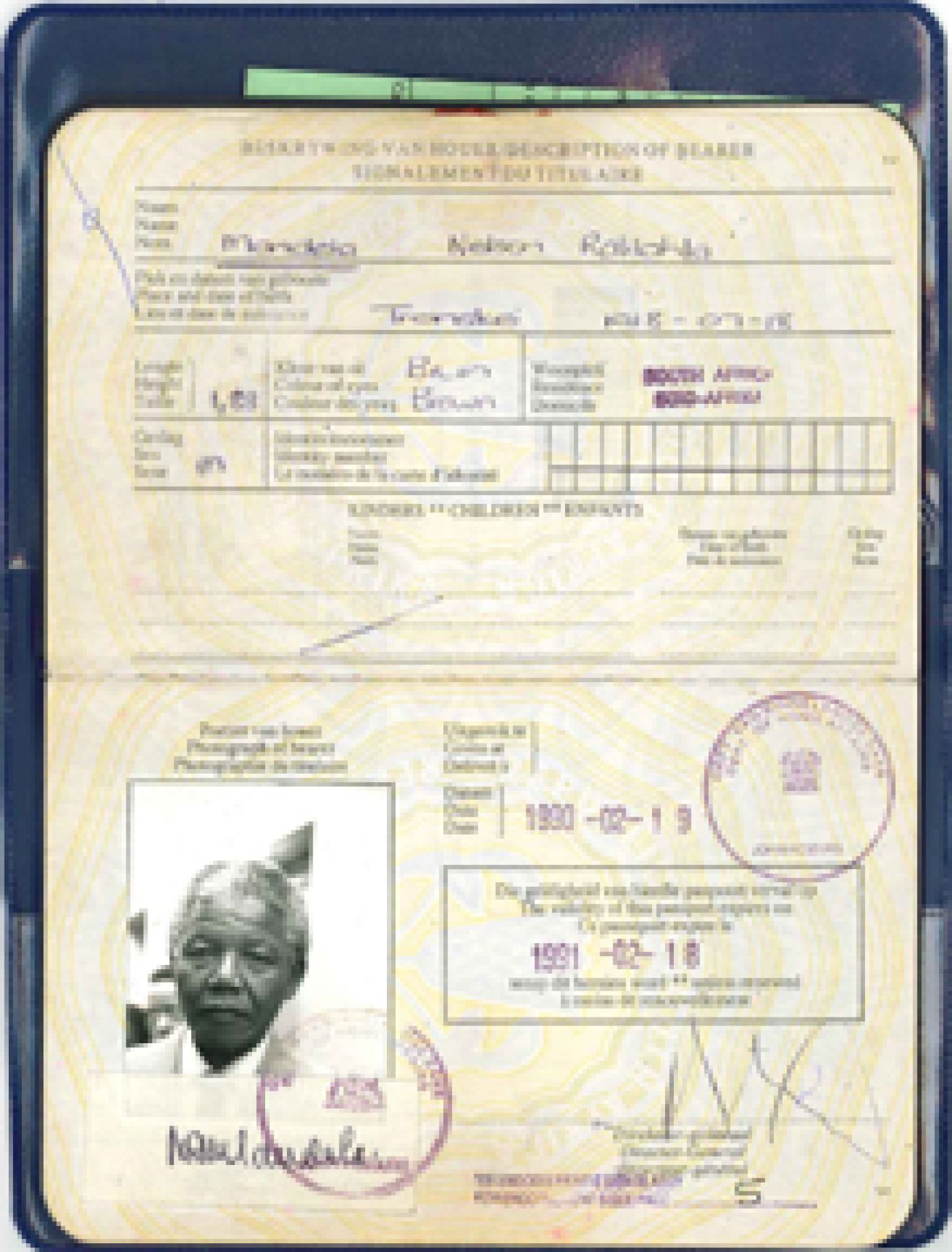 Jan 26, 2009 – Nelson Mandela was issued with his first South African passport on February 19, 1990, eight days after he was released from prison. It was this passport (with his second name “Rolihlahla” spelt incorrectly as “Rolilahla”) that he used to embark on a tour of some of the African states that had supported the South African liberation struggle, including Zambia, Tanzania, Zimbabwe and Ethiopia.

Nadja Manghezi, who was working at the Solomon Mahlangu Freedom College in Tanzania in March 1990, has recently made photos of Mr Mandela’s visit available to the Nelson Mandela Foundation Archive.

These pictures show Mr Mandela: arriving at the college with his then-wife Winnie Madikizela-Mandela; addressing the assembled staff and students; seated with a pupil of the college on his lap (and Chris Hani next to him); standing in an open-top car with his wife and then-Tanzanian President Julius Nyerere; and with the Nyereres, Mrs Madikizela-Mandela, Ruth Mompati, Andrew Mlangeni and others at a reception ceremony.

This was Mr Mandela’s first visit to Tanzania since 1962.

In Long Walk to Freedom Mr Mandela says of his 1962 visit: “I was soon joined by Joe Matthews, who had come from Basutoland, and I insisted that we should make haste for Dar es Salaam ... A plane was arranged … We flew near Victoria Falls and then headed north through a mountain range. While over the mountains, the pilot tried to contact Mbeya, but there was no answer … The weather had changed and the mountains were full of air pockets that made the plane bounce up and down like a cork on a rough sea … in desperation the pilot descended and followed a twisting road through the mountains …. The emergency alarm went off, and I remember saying to myself, ‘That’s the end of us.’ Even the ever-loquacious Joe was stone silent.”

On arriving in Mbeya he experienced a feeling of freedom: “I then truly realised that I was in a country ruled by Africans. For the first time in my life, I was a free man … I felt the burden of oppression lifting from my shoulders … I was being judged for the first time not by the colour of my skin but by the measure of my mind and character … We arrived in Dar es Salaam the next day and I met Julius Nyerere, the newly independent country’s first president. We talked at his house, which was not at all grand, and I recall that he drove himself in a simple car, a little Austin. This impressed me for it suggested that he was a man of the people.” (pages 344-345)

President Nyerere voluntarily retired from office in 1985 and died in 1999. 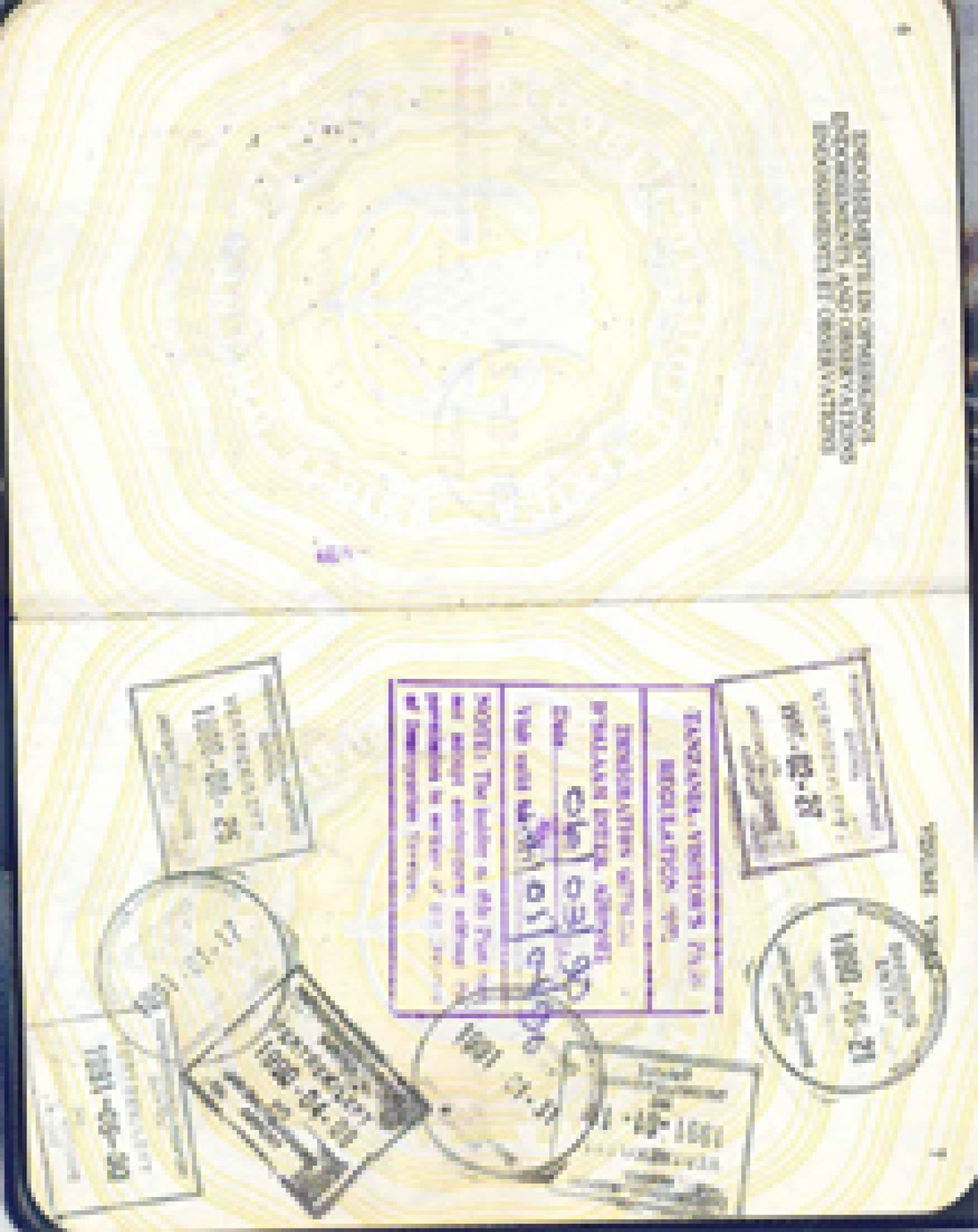 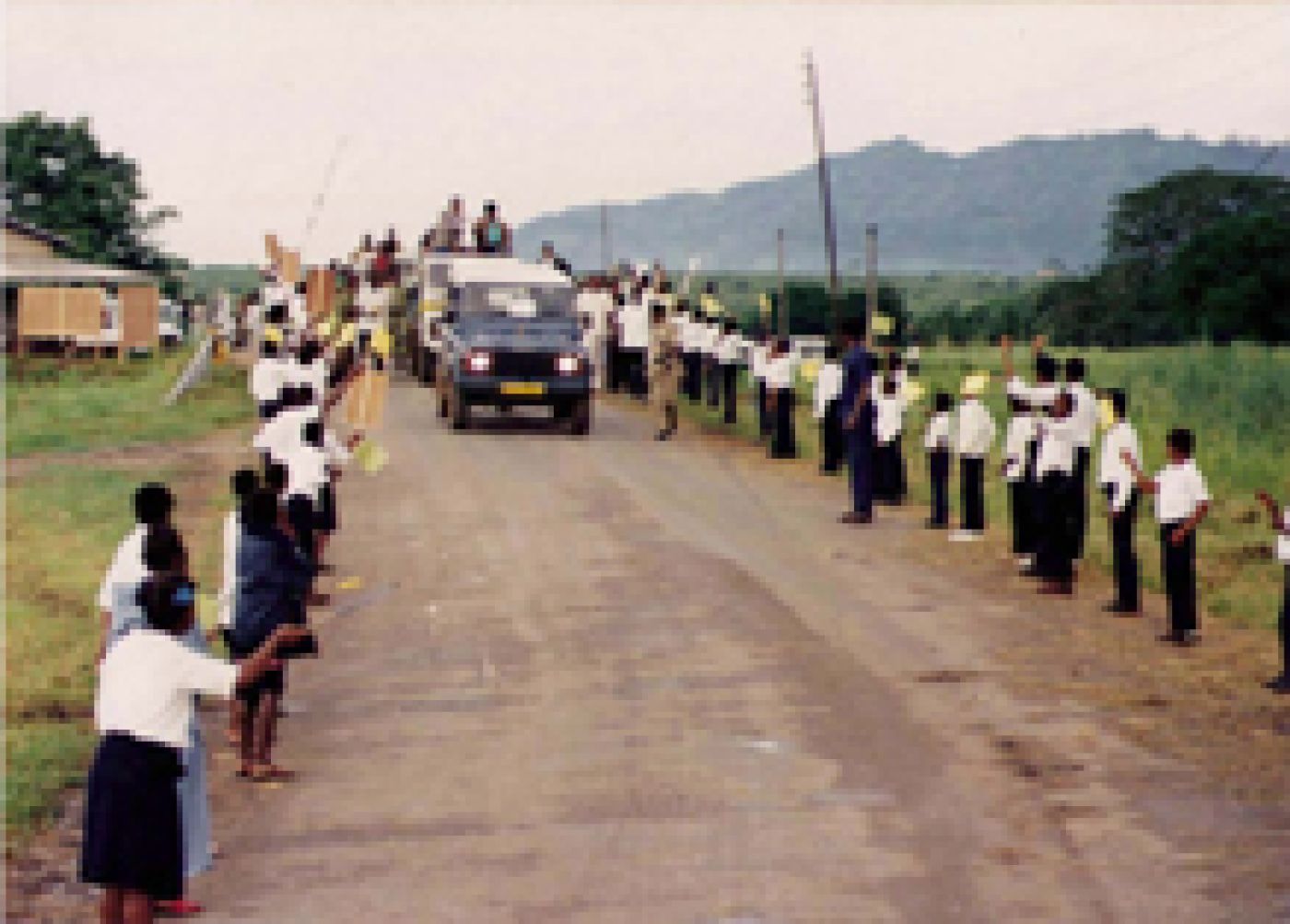 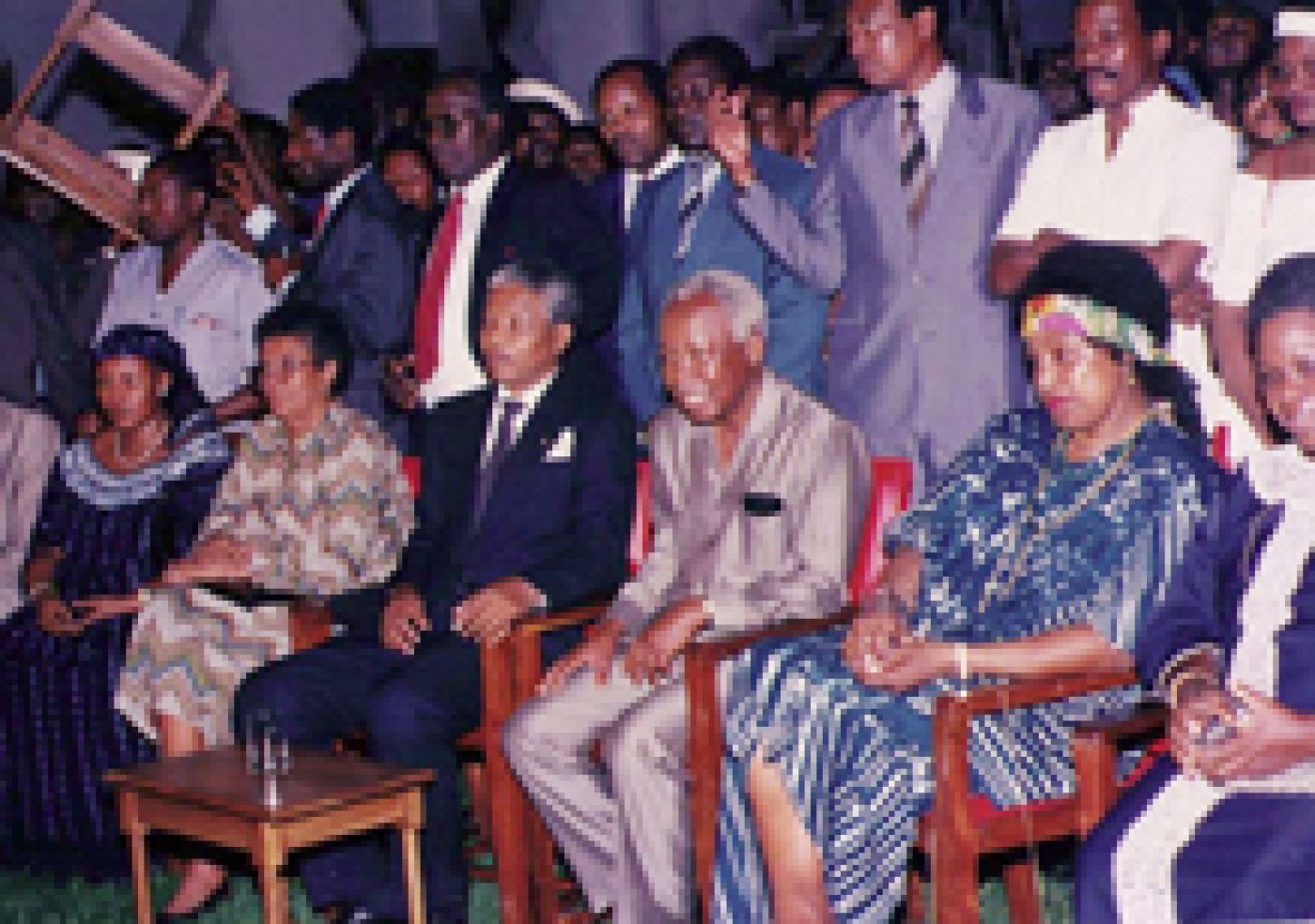 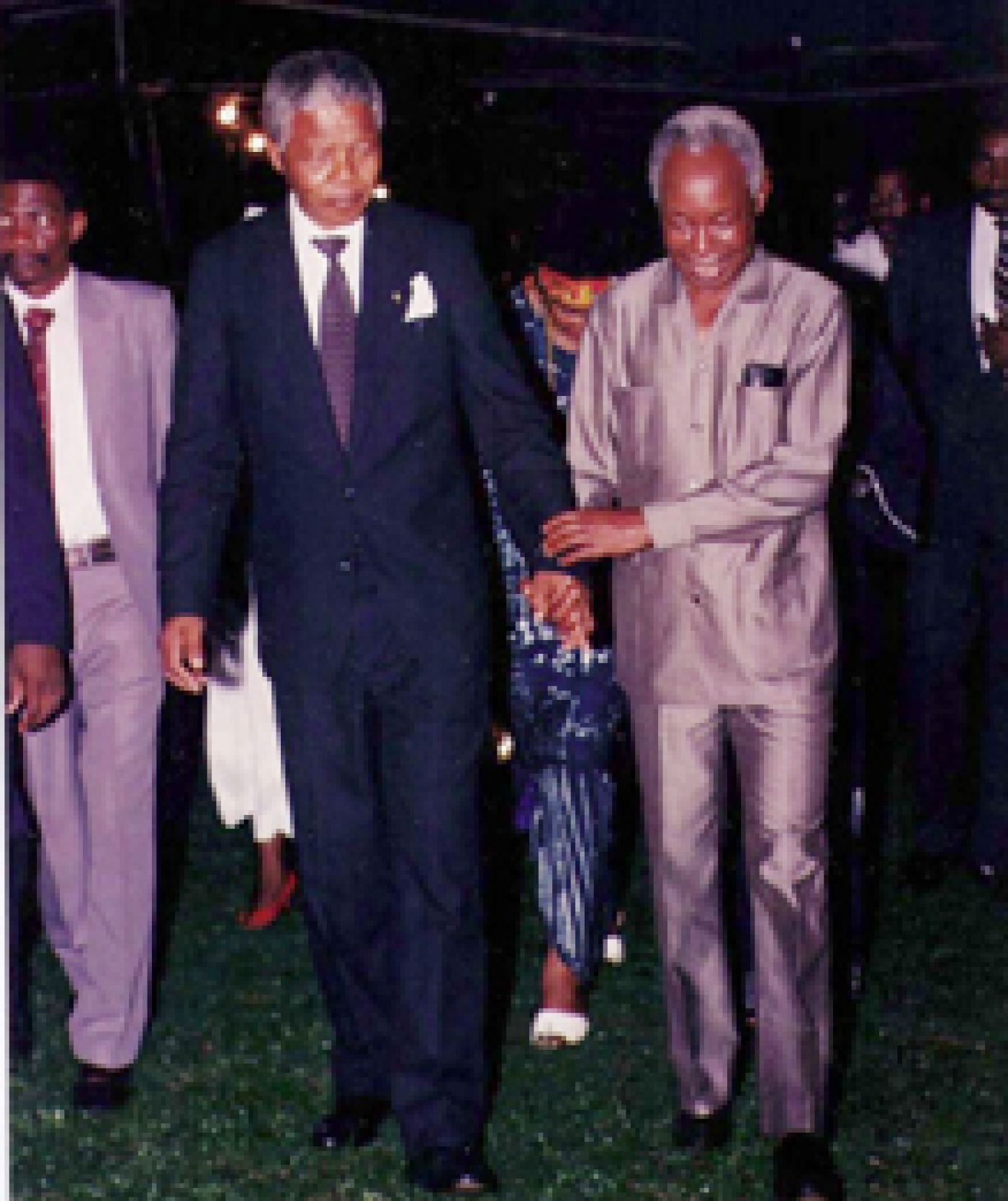