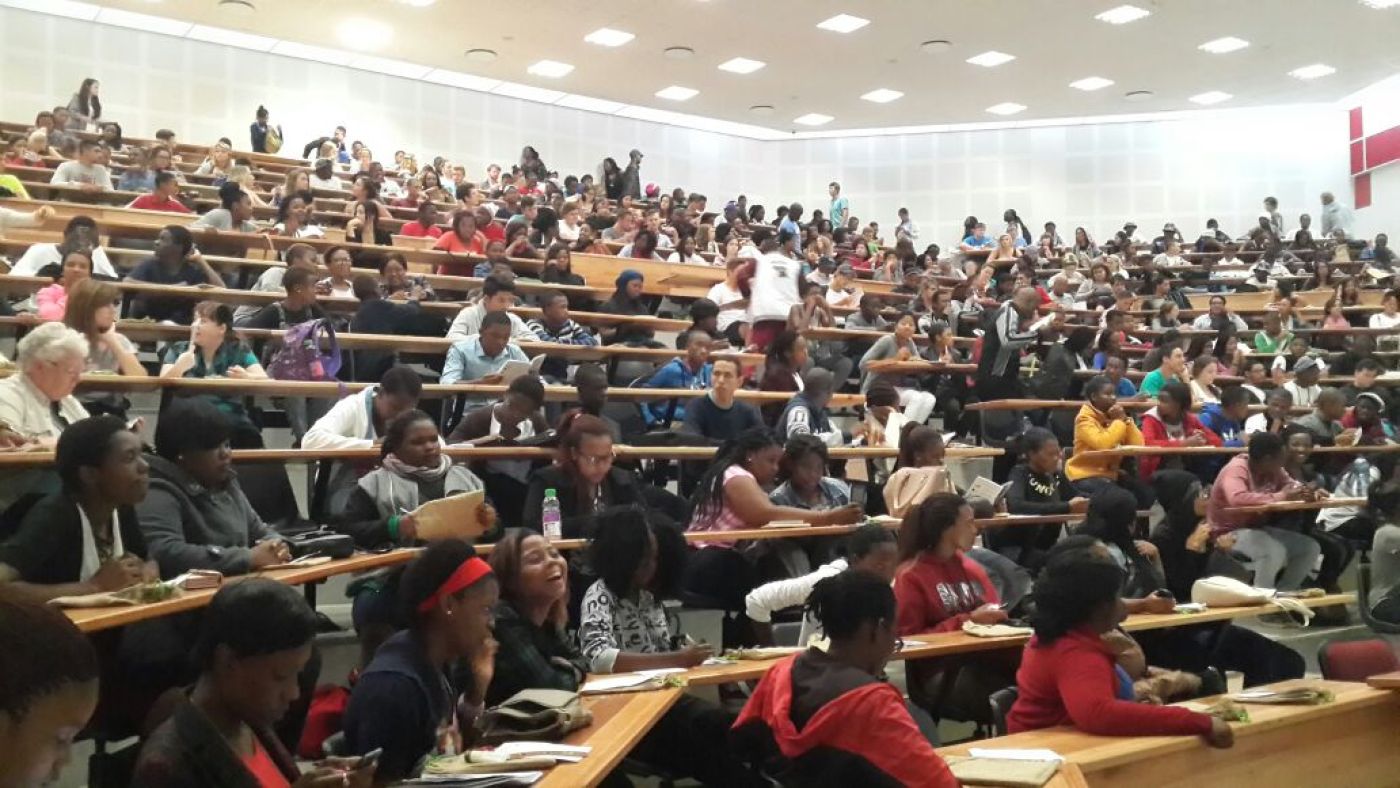 Students participate in the Nelson Mandela – The Champion Within programme

During the beginning of February, NMMU ran the programme with approximately 3 000 of their first year students for 2015. Over the last 3 years, LifeCo UnLtd has been certifying lectures at the university as facilitators to run the programme with students.

The Nelson Mandela Foundation, The Mandela Rhodes Foundation and LifeCo UnLtd SA have partnered to present Nelson Mandela – The Champion Within (based on the book Conversations with Myself by Nelson Rolihlahla Mandela). The programme uses the life-work and mindset of Mr Mandela to inspire and encourage young people to reflect upon their consciousness, their performance and their citizenship – and to do so in the presence of Nelson Mandela’s legacy.

The programme fosters a humanising leadership consciousness, critical thinking, purpose detection, leadership will and engaged citizenship. In the company of Nelson Mandela’s legacy and one’s peers, students together bring currency and modern application to age-old African principles of resonant, conscious leadership – as lived by Nelson Mandela.

Incorporated into the standard programme content, specifically for NMMU, are the university’s values. As first year students, and entering the university’s culture, importance is placed on these and students are asked to continuously reflect on themselves in relation to these throughout the programme. This is supported by the programme’s objectives and outcomes of fostering a principle-centred humanising consciousness in participants.

In addition to running Nelson Mandela – The Champion Within during their orientation week, NMMU runs the programme with high school learners from their community schools during the week of Mr Mandela’s birthday.