Bishop Malusi Mpumlwana said at the event held in front of the Constitutional Court in Johannesburg that with Madikizela-Mandela’s passing “we have gained an ancestor of active citizenship”. He said this after leading the gathering in observing a moment of silence for her.

Monday 9 April marks exactly 100 days to what would have been Mandela’s 100th birthday; and a week since Madikizela-Mandela passed away on 2 April after an illness.

The public event honoured and celebrated the life of struggle icon Madikizela-Mandela, who many at the commemorative event described as fearless, selfless and heroic.

“South Africans can honour the legacies left by Nelson Mandela and Winnie Madikizela-Mandela by finding ways to serve those in their society who are most vulnerable,” Nelson Mandela Foundation Trustee Nikiwe Bikitsha said.

Chief Executive of the Nelson Mandela Foundation Sello Hatang said, “Mam’ Winnie had been a friend of the Foundation for a long time and supported our work. She was an advisor and an example of moral conscience to us all at the Foundation.” In light of the immense role she played in the emancipation of South Africa, “we were compelled to honour her life and the selfless sacrifice she gave to this country”, added Hatang.

While in the week since her death Madikizela-Mandela had been honoured primarily for her fierce defiance in the face of harassment, incarceration and torture at the hands of the apartheid state, Hatang said he also remembered her for “the caring arm she wrapped around the most vulnerable”. 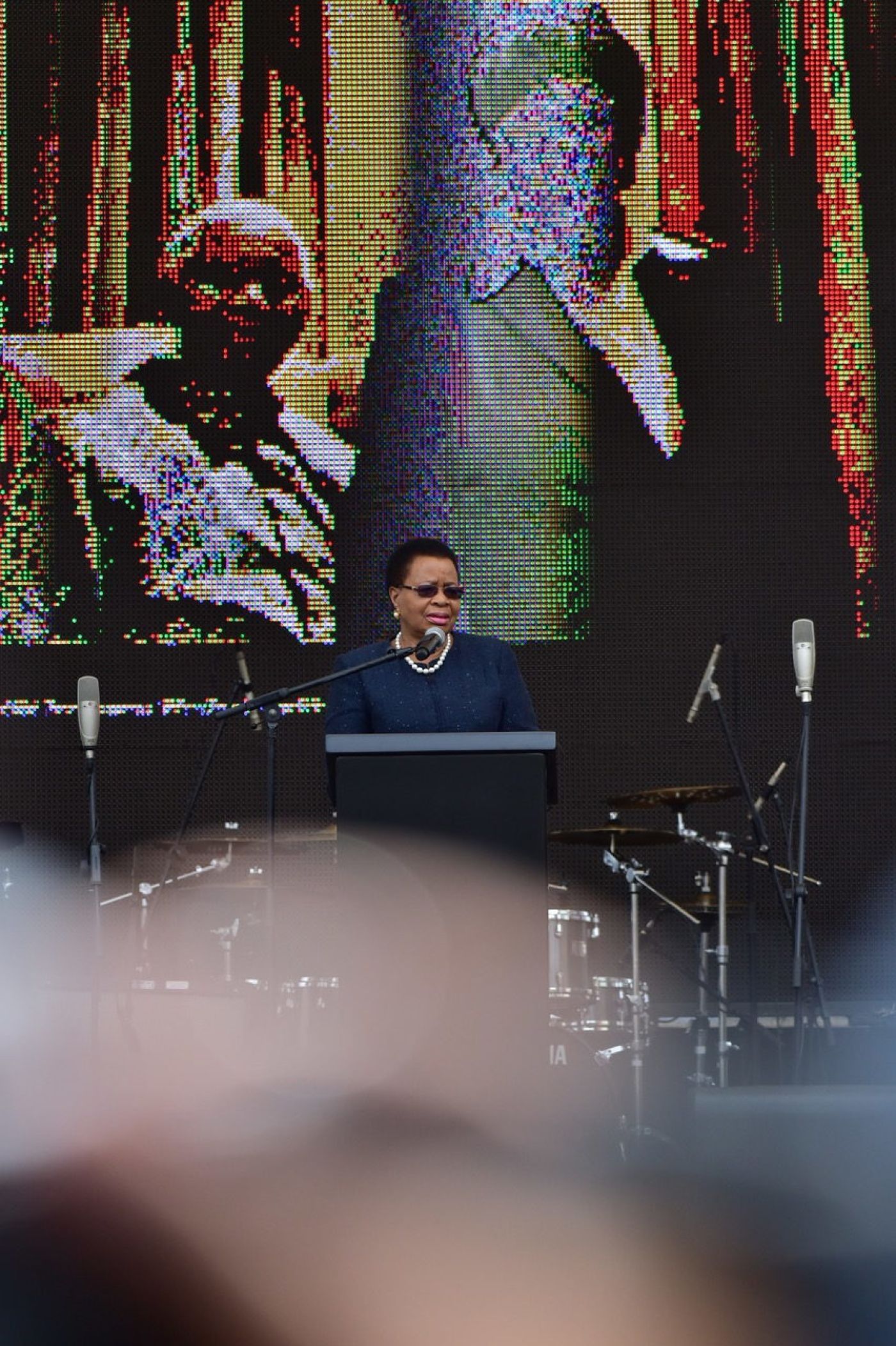 Graça Machel, speaking at the Foundation's memorial service for the late Winnie Madikizela-Mandela.

Nelson Mandela’s widow, Graça Machel, said she found it sad that South Africans waited for Madikizela-Mandela’s death to pay tribute to the woman known affectionately as the Mother of the Nation.

Ndileka Mandela made time to attend the event on behalf of the family and thanked South Africans for the support given to the family during this difficult time.

Deputy Chief Justice Raymond Zondo said, “We have lost a fearless, caring community leader in the death of Mam’ Winnie”. He challenged South Africans to be as fearless as she was in raising issues of injustice in society.

This was one of many commemorative events to be held to honour Madikizela-Mandela around the country. Graça Machel said she hoped that as we honour her we will recognise and honour those among us who are making a difference.

The tribute event was attended by the Ministers of Energy, and Public Service and Administration, Jeff Radebe and Ayanda Dlodlo, respectively.

Radebe paid tribute to Madikizela-Mandela’s commitment to speaking truth to power and fighting for the defenceless. “That truth might sometimes be uncomfortable to some, but the Foundation should not be cowed by the few to whom this truth is uncomfortable,” he said.

Many recalled how Madikizela-Mandela’s fearlessness and defiance kept the struggle for freedom alive. Bikitsha, in her gratitude for Madikizela-Mandela's personal sacrifice during the anti-apartheid struggle, said, “Mam’ Winnie made herself; she was not made by Nelson Mandela.”

Echoing these words, Hatang said it was Madikizela-Mandela’s tireless campaigning throughout Mandela’s 27-year incarceration that meant the former president was not forgotten.

The moving tribute was interspersed with performances of youths and girl children honouring the life of an exemplary freedom fighter. Thandiswa Mazwai, the Soweto Gospel Choir with Wouter Kellerman, and Yvonne Chaka Chaka were among those who performed musical tributes in honour of a person they referred to as a mother to all.

Constitution Hill will be launching a permanent photographic exhibition of Winnie Madikizela-Mandela on Thursday 12 April. 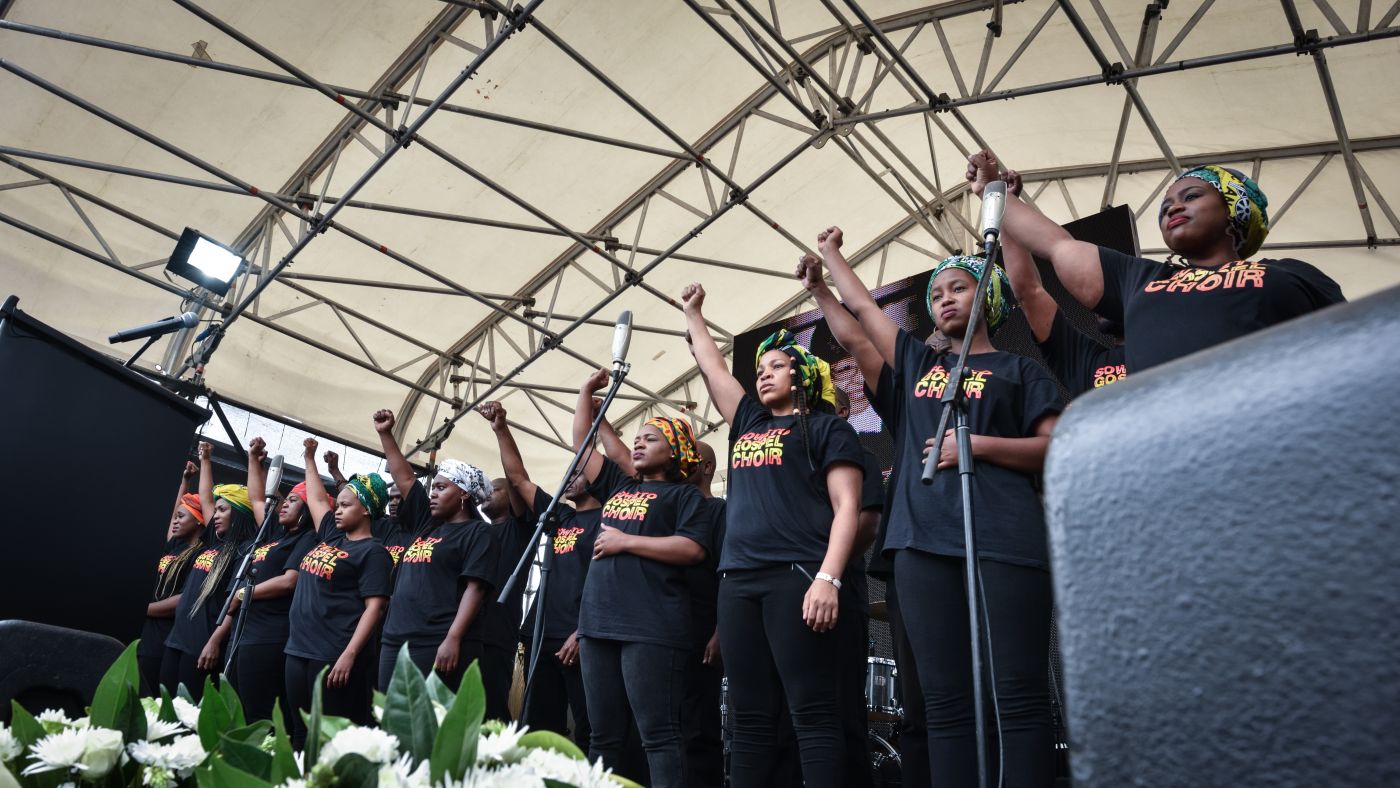 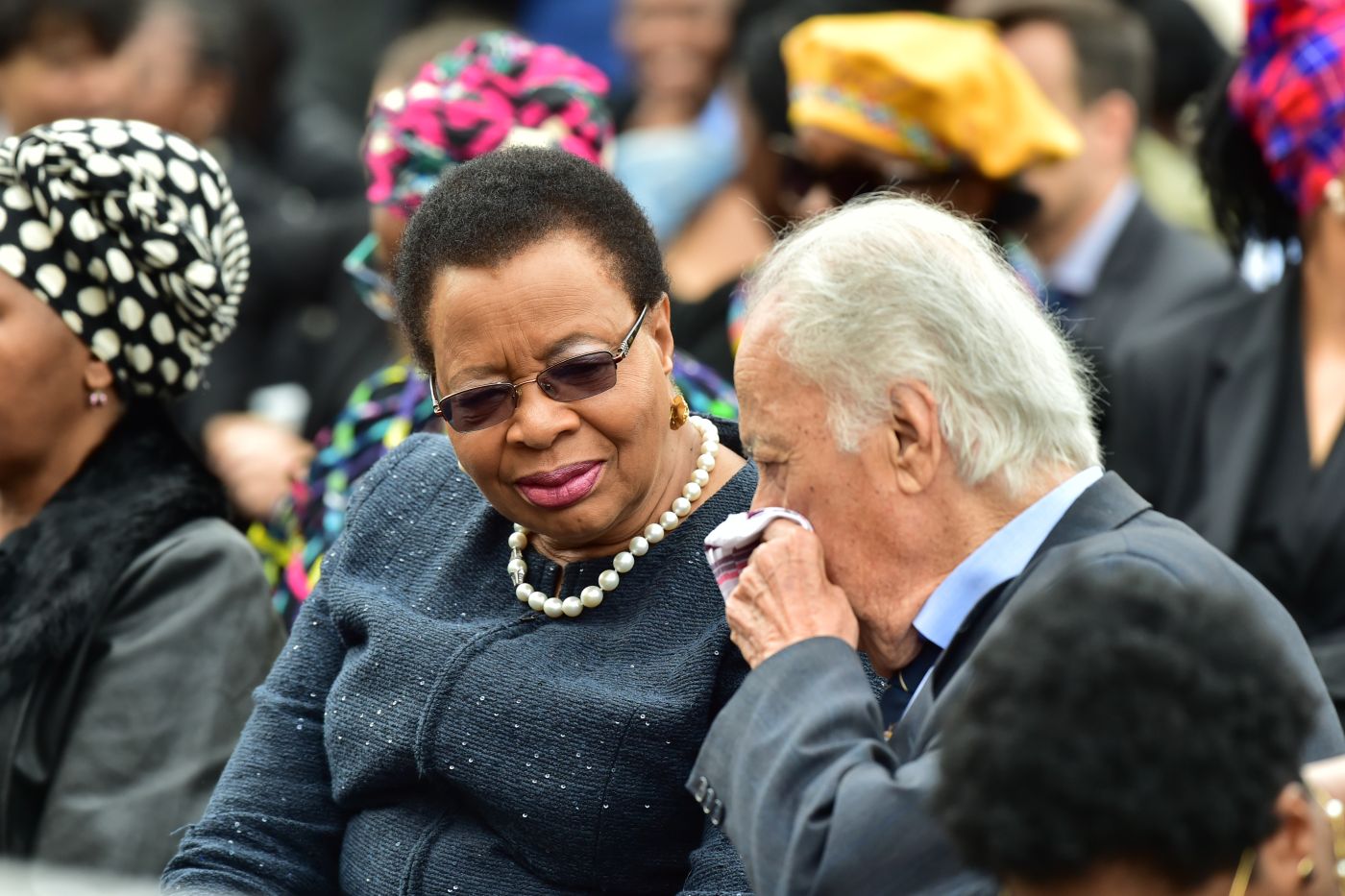