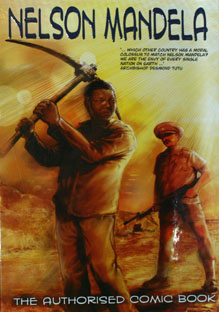 April 28, 2010 – Nelson Mandela: The Authorized Comic Book produced by Umlando wezithombe in association with the Nelson Mandela Foundation has been announced as the winner of a prestigious award for children’s literature.

The graphic novel, which depicts Nelson Mandela’s life from his birth in 1918 to his retirement in 2004, has won the 2010 Best Book for Older Readers in the Children’s Africana Book Awards from the Outreach Council of the African Studies Association (ASA).

The ASA is a non-profit corporation founded in 1957, which aims to bring together people with a scholarly and professional interest in Africa.

The award will be presented in November at a ceremony in Washington DC at the National Museum of African Art.

Verne Harris Head of the Nelson Mandela Foundation’s Memory Programme said he was delighted that the book, which was initially designed as a series of comics for South African school children, has been honoured in this way. The book was first published in South Africa in 2008 to coincide with Mr Mandela’s 90th birthday. It has since been published in the Netherlands, France and the United States.

Creative Director of Umlando wezithombe (meaning history of pictures) Nic Buchanan said he and his colleagues were very happy about the award.

The comic book came about because, “it was a realisation by the Foundation that most kids these days had a good idea of who Nelson Mandela is but not the whole history,” he said.

“Kids don’t engage with documentary biographies so we went to the Foundation with an idea of a comic book, because young people can handle little chunks of information.”

Umlando wezithombe is a comic production company focusing on using the visual medium for education, training and entertainment.

Brenda Randolph, Chairperson of the Children’s Africana Book Awards Committee, conveyed the ASA’s congratulations and best wishes to Umlando wezithombe and the Nelson Mandela Foundation for their fine contribution to young people’s literature on Africa.

“This is the third international award for us in the last year,” said Harris. “Hunger for Freedom: The Story of Food in the Life of Nelson Mandela by Anna Trapido and published in association with the Nelson Mandela Foundation won a Special Jury Prize at the World Gourmand Cook Book Awards in Paris in 2009, and the Mandela Day exhibition in New York curated by the Nelson Mandela Foundation and 46664 won a prestigious Gold Award for the Best Graphical Treatment at the Event Design Awards in July last year.” 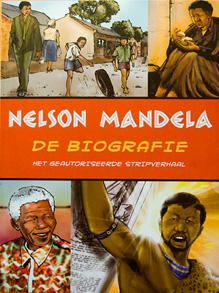 The Dutch version of the comic book 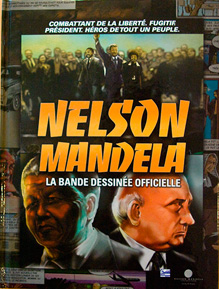 The French version of the comic book 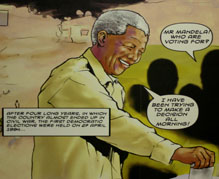 Excerpts of Madiba’s life are captured in this comic book 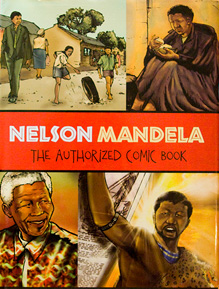 The American version of the comic book