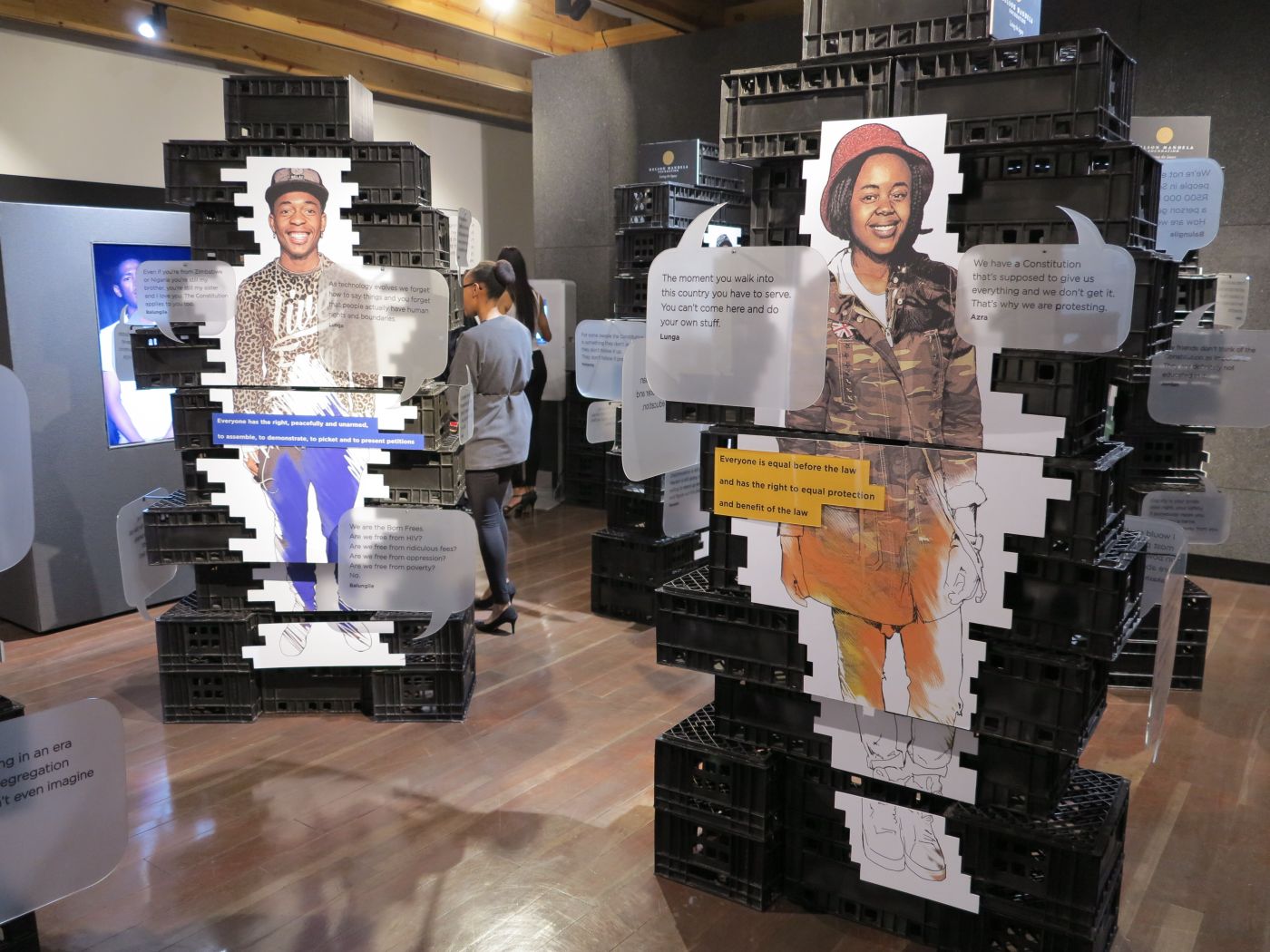 "How do the Constitution and Bill of Rights impact your life?"

This was the question posed to almost 100 young South Africans by the Nelson Mandela Foundation. Their answers led to an exhibition titled My Constitution, which was launched at the Foundation in Houghton, Johannesburg, on Thursday 17 March 2016. 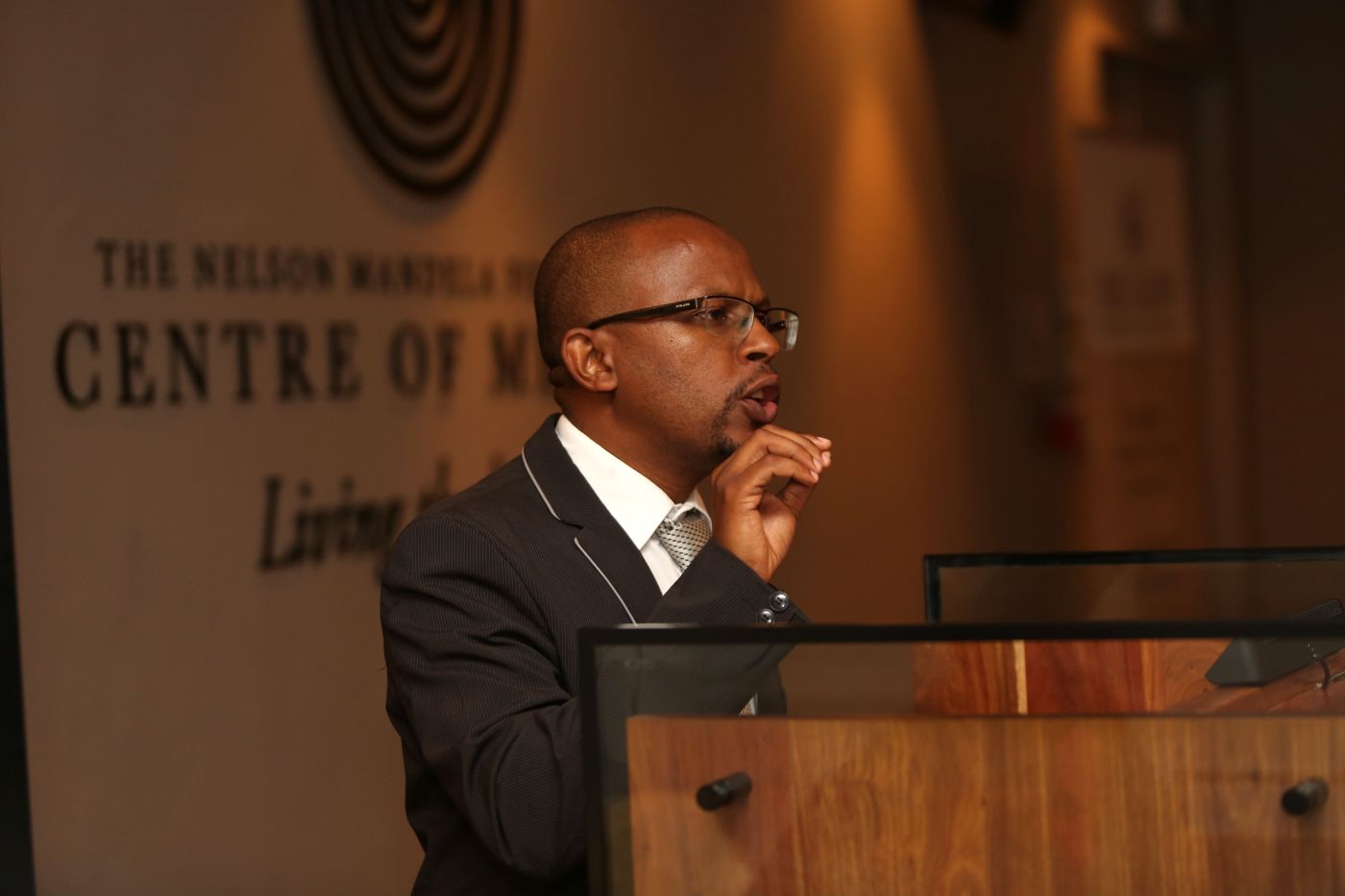 At the launch, Nelson Mandela Foundation Chief Executive Sello Hatang said that 20 years after its adoption, he's still amazed at what a remarkable document the Constitution is, and about the vision and foresight that the authors had regarding the kind of society they wanted to build. He added, however, "The one question that bothers all of us, that should bother all of us, is ... are we still on course?"

He thanked another of the youths, Gugu Mthethwa, for reminding us about the importance of simple things like how we treat one another. Mthethwa had the following to say: "My Constitution makes me more responsible and mindful of the things I do, how I act towards other people and how I would like to be treated." 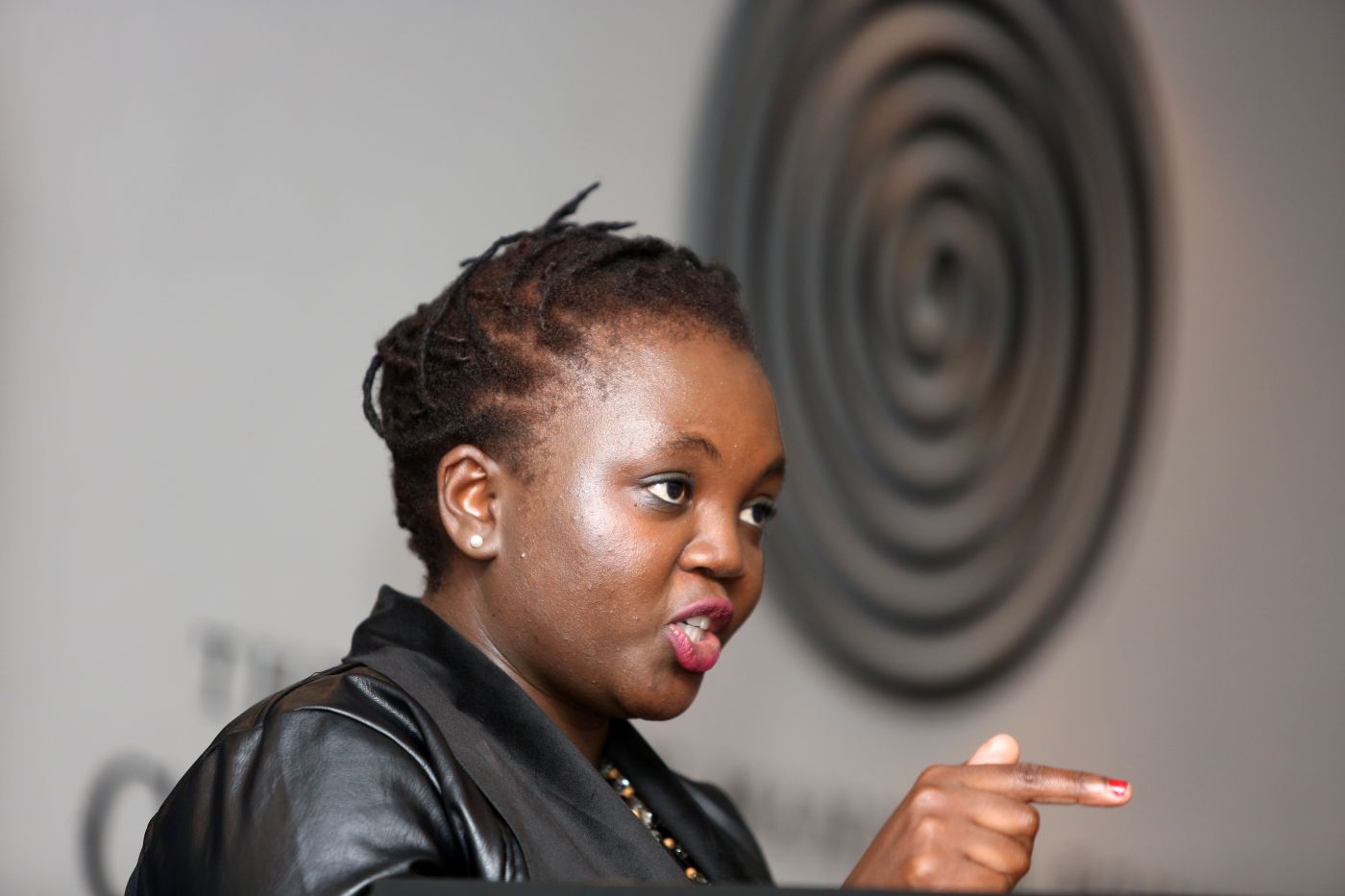 Phama said that she's concerned about three issues: the quality of education in South Africa, the lack of responsiveness from the government when it comes to dealing with service-delivery issues, and the lack of transformation in the legal profession. "The legal profession is a very exclusive profession, a white boys' club, and as a black person you feel like you just don't fit in."

She also urged attendees to always question everything. "Our Constitution is not an objective truth but a document of contestation," she said. 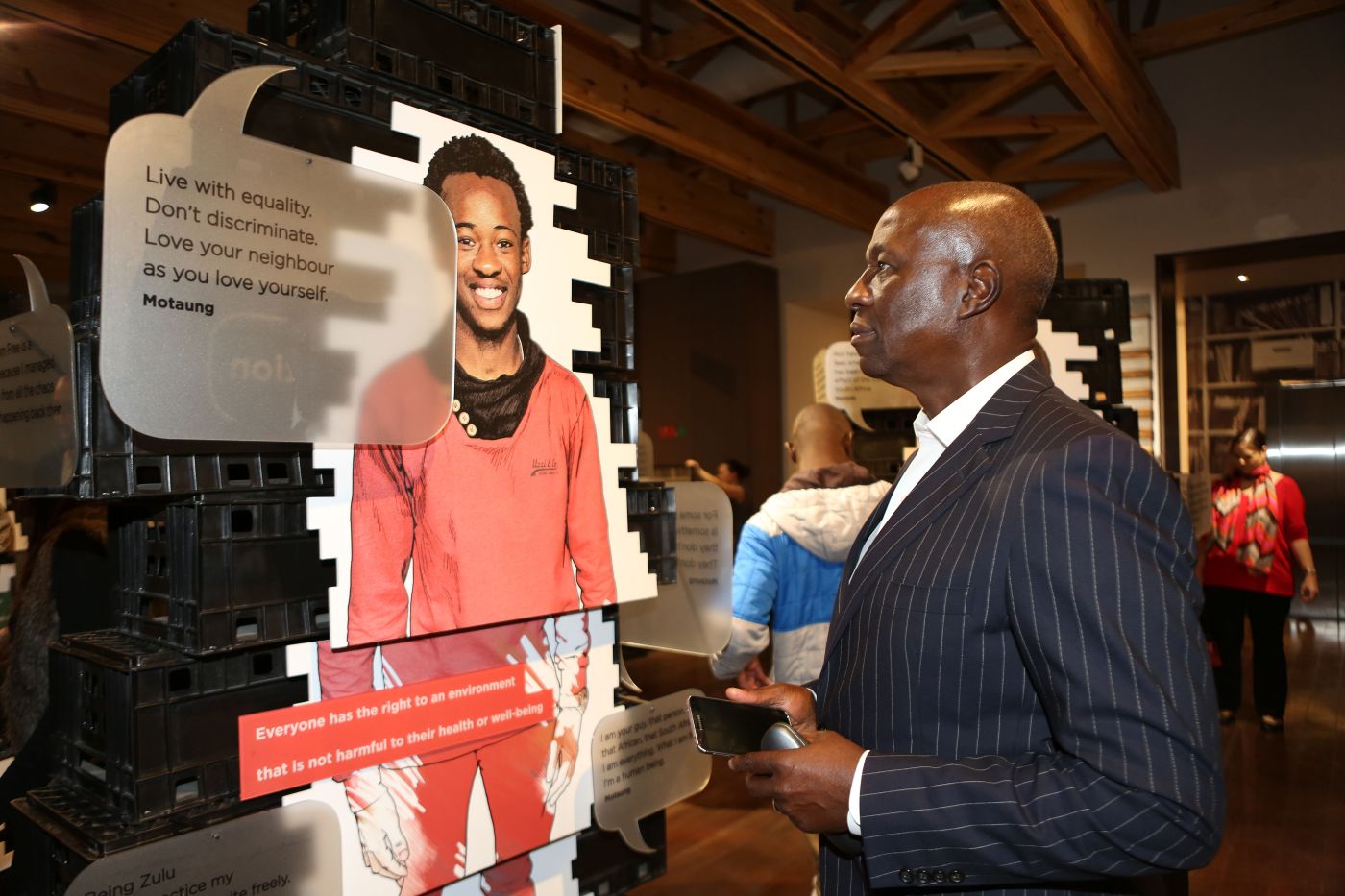 Deputy Chief Justice Dikgang Moseneke explained to attendees that the Constitution is a "post-conflict" document. "At its core, our Constitution is transformative. It's not a constitution that was meant to preserve the status quo."

According to Moseneke, the Constitution is aimed at "moving us from a dark, dim and terrible past to an inclusive society that celebrates diversity".

He added that the Constitution gives voice to every man and woman by giving them the right to take part in elections and decide who's in power. He said the Constitution and its aspirations are marvellous but it cannot on its own transform society and it shouldn't be discredited when it's poorly implemented. "Power must be used lawfully to create a better life for all," he said. 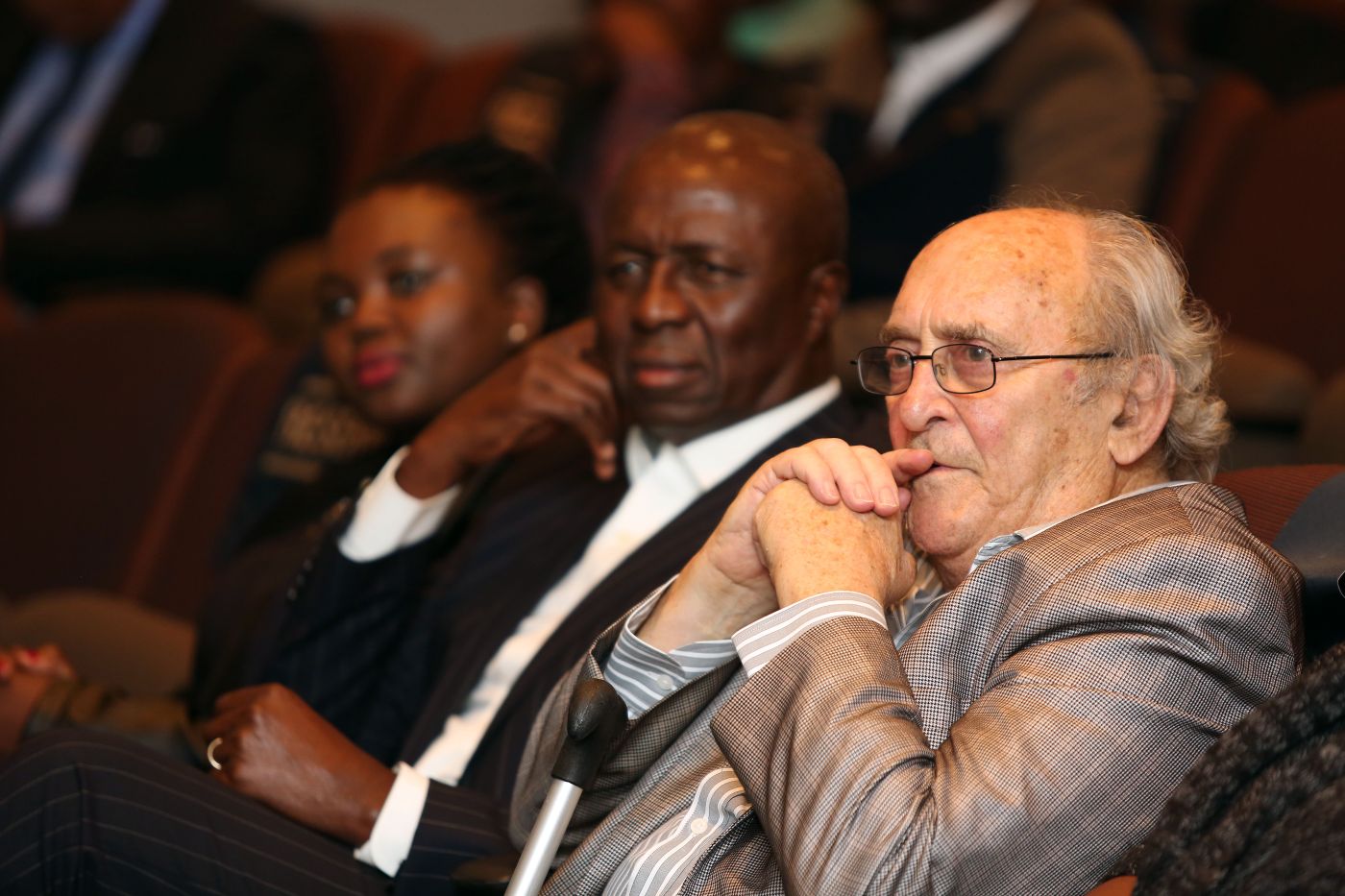 Moseneke added the task at hand is "to teach our children in proper facilities, to have quality education; that task is to go about and build clinics, to build more hospitals; that task is to go out there and set up a proper, functioning and good police service. These things are ordered by the Constitution; they just have to be done."

According to Moseneke, some of the people who are responsible for these tasks have merged their private greed with their public obligations: "They don't know where the line is."

He went on to say, "Tata Madiba and other great freedom fighters who went ahead of us have not sold us out. They've laid down the beginnings of a great transformed, inclusive, prosperous nation. Your clear mission is to understand these matters ... and to try to pursue the struggle that we started."

Denis Goldberg, anti-apartheid activist and Rivonia trialist, also attended the launch. "I'm very pleased that young people are as outspoken about the Constitution as they are. Some are for it, some are against, but they speak out with integrity."

In his closing statement, Hatang said fighting racism is still a challenge in South Africa and urged attendees to pledge to take on racism on the Anti Racism Network South Africa's website. 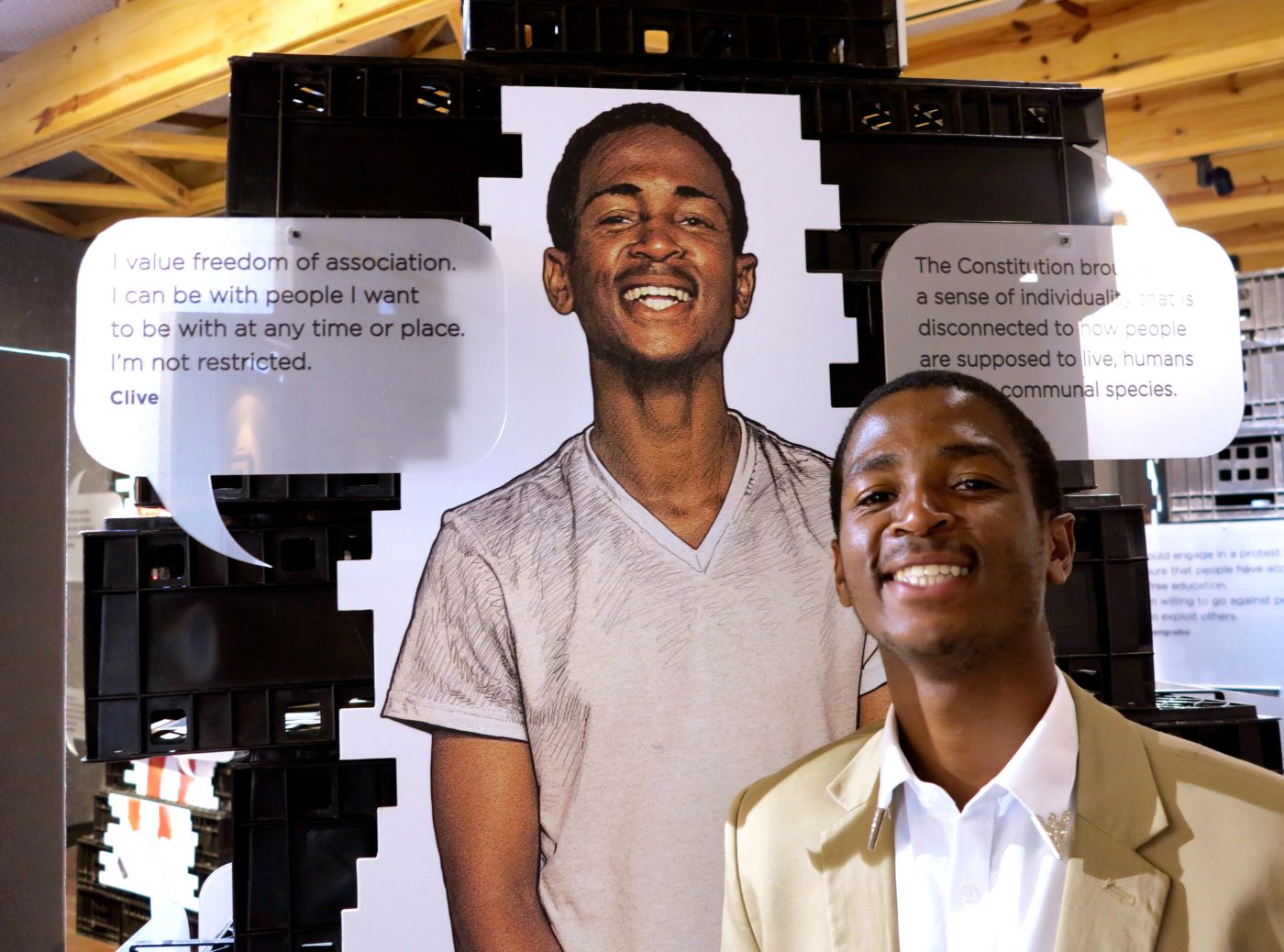 A proud Clive Makhetha in front of his contribution to the My Constitution exhibition. (Image: Debbie Yazbek/Nelson Mandela Foundation) 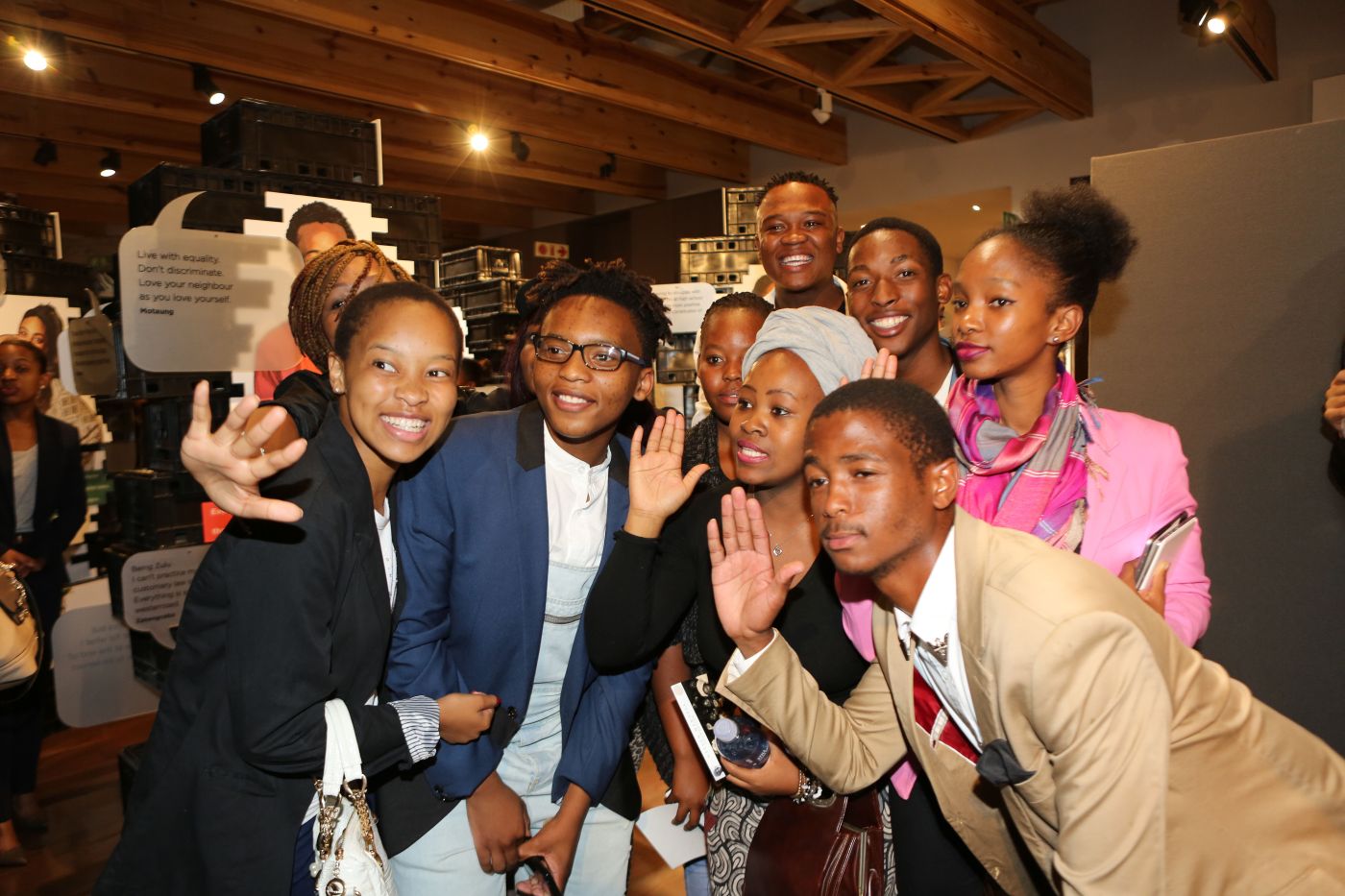 Several of the young people whose quotes are used in the exhibition attended. (Image: Debbie Yazbek/Nelson Mandela Foundation)