The loss of Johnny Clegg will be felt deeply by the Nelson Mandela Foundation.  He was a South African of extraordinary quality, someone Madiba would have called a patriot. Johnny was a friend of the Foundation from its inception, and supported many of Madiba’s projects. We will miss him and his enormous energy.  Our thoughts are with his family and friends, and with everyone who was touched by his music.

The Foundation’s Chairman, Professor Njabulo Ndebele, recalled how in the early 1980s when he was studying in the United States his father, a lover of the arts, visited and brought along with him two LPs by Johnny Clegg. “My family and I played them over and over,” said Ndebele.  “That music became one of our emotional connections to home.

Johnny was an activist who supported and participated in the broad anti-apartheid movement. Johnny was also a scholar of human cultures, especially of isiZulu culture which he passionately loved. He spoke isiZulu with the fluency, love and respect of a poet. He was a musician who leaves us a body of work and a fund of memories which add up to a rich and uniquely South African legacy. Who can forget that night in Europe in 1999 when Madiba joined Johnny on stage in a rendition of the classic song Asimbonanga?

Madiba had the greatest respect for Johnny. In 1996 he described his music as combining “the strains of hope and despair”.  A decade later he indicated that in a South Africa still riven by racial and other divides, the country needed more South Africans like Johnny.

Foundation Chief Executive Sello Hatang said: “The way Johnny lived his life exemplified an embrace of ‘the other’ and a generosity towards those one disagrees with.  South Africa needs that energy and those attributes desperately today, when too often we find that colour matters more than character, affiliation more than principle, and reward more than service.”

We will always be grateful for the life and work of Johnny Clegg. Siyabonga kakhulu. Hamba kahle mfowethu. 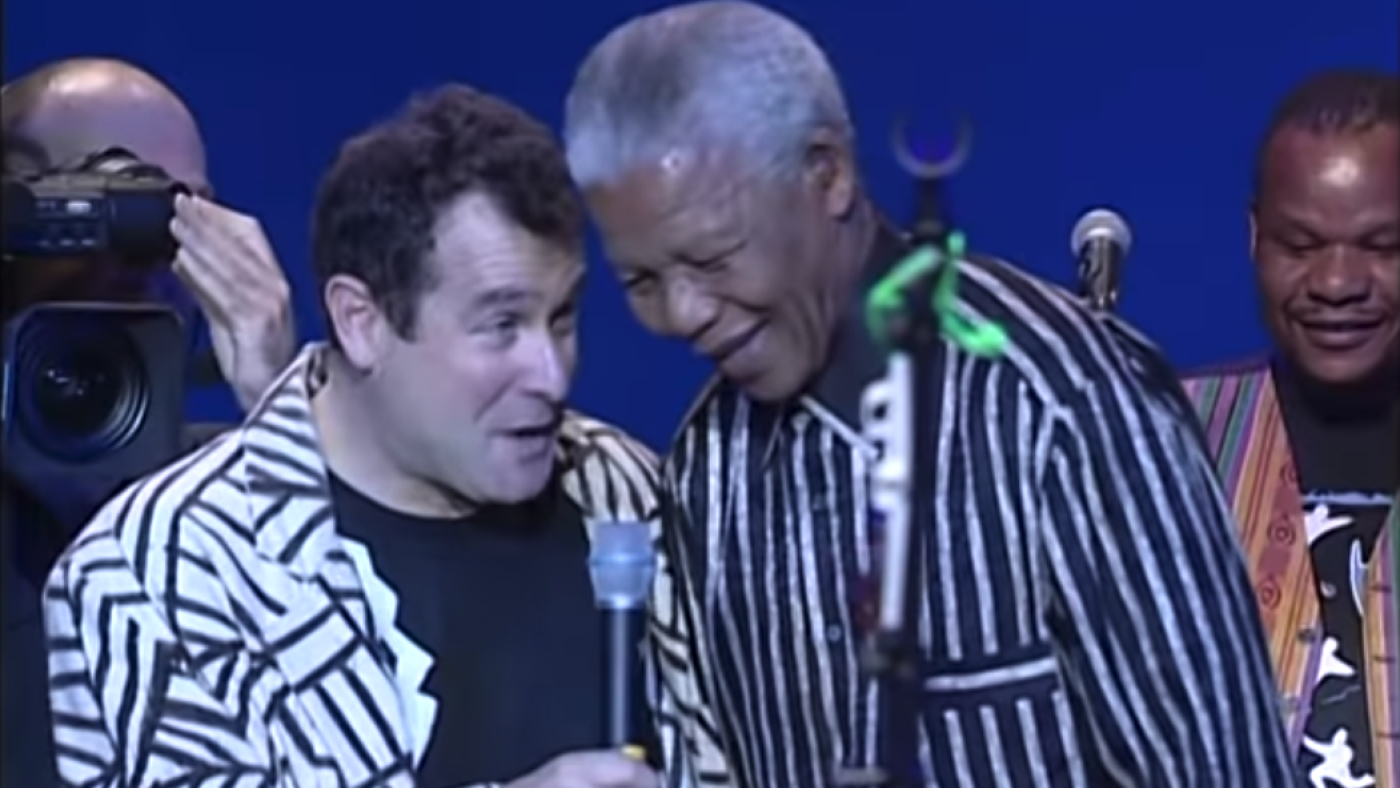