The Nelson Mandela Foundation is proud to announce that the 18th Nelson Mandela Annual Lecture will be delivered by the United Nations Secretary-General, António Guterres on the 18th of July 2020.  The theme for this year’s lecture, “Tackling the Inequality Pandemic: A new Social Contract for a New Era”, will focus on the current inequalities that have come under sharp relief during the COVID-19 pandemic and will look ahead to what we must do to address the world’s fragilities and build a fair globalisation.

About the Nelson Mandela Annual Lecture

The Nelson Mandela Annual Lecture Series invites prominent people to drive debate on significant social issues. The lecture series is an important event on the Foundation's calendar, and encourages people to enter into dialogue – often about difficult subjects – in order to address the challenges we face today.

António Guterres, the ninth Secretary-General of the United Nations, has had a long and varied career in public service rooted in one overarching imperative: to promote human dignity for all.

Whether working as a volunteer in the poor neighbourhoods of Lisbon or representing his constituency in the Portuguese parliament and from his years as Prime Minister to his service as United Nations High Commissioner for Refugees, Mr Guterres has sought to ease suffering, protect the vulnerable and ensure human rights for all.

These priorities have remained at the core of his efforts today as Secretary-General of the United Nations.  Since taking office in January 2017, he has worked to promote peace, advance prevention, combat hatred and mobilise ambition in fighting the climate emergency and achieving the Sustainable Development Goals.

He has also recognised the need for the United Nations itself to be more innovative and effective and has set in motion wide-ranging reforms to make full use of new technology and to enhance agility, transparency and accountability.  He has also pressed to make the Organisation more equal, including through gender parity - with major milestones met well ahead of schedule - and improved geographical representation.

Mr Guterres has proclaimed himself a proud multilateralist.  “But international cooperation cannot be taken for granted”, he has stressed; “We must prove its value by addressing the real problems people face”.

António Guterres was born in Lisbon in 1949 and graduated from the Instituto Superior Técnico with a degree in engineering. He is fluent in Portuguese, English, French and Spanish. He is married to Catarina de Almeida Vaz Pinto, Deputy Mayor for Culture of Lisbon, and has two children, a stepson and three grandchildren. 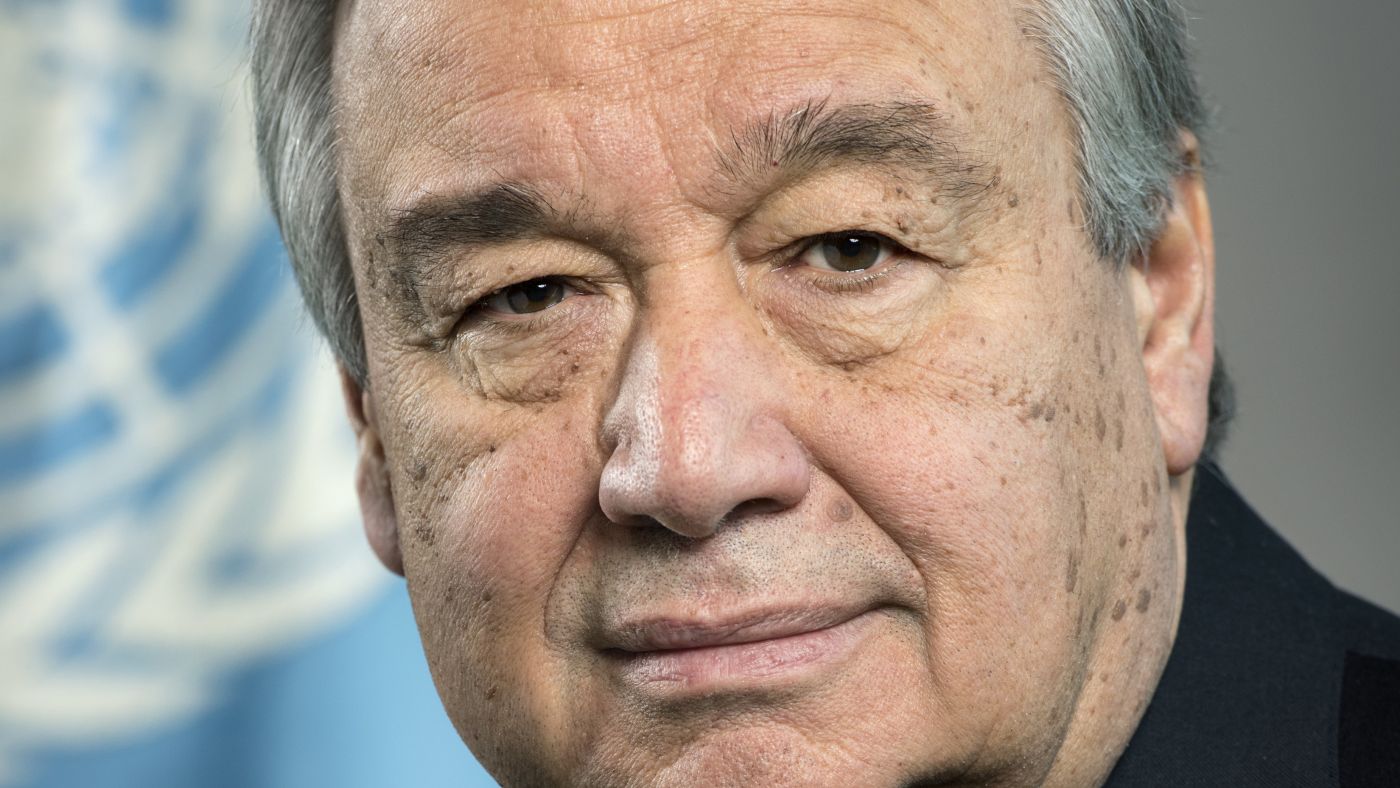