To reflect on anything other than Covid-19 is unimaginable, for obvious reasons. Not in my lifetime has our country’s imagination, and indeed the world’s, been seized by a single challenge on such a scale. As it should be in this moment, for the very future of humanity is on the line. Even if we beat the virus, and I am sure that we will, irrevocable changes will have taken place – to the economy, to the ways in which we see the world, to the rules of human engagement. Scary as this might seem to us now, it is precisely these changes which will present humanity with an opportunity to effect the deep structural changes which are required in order to combat growing inequality, climate change, environmental depredation and human suffering. May we rise to the challenge.

We are grateful for the decisive leadership being shown by President Cyril Ramaphosa and government generally. The ways in which the private sector and structures of civil society have mobilised behind this leadership has been encouraging. As has the extent to which petty political squabbling, point scoring and factionalism been pushed aside by a strong common purpose and the imperative for unity during crisis. It would be good to see government looking to collaborate with civil society in similar ways to which it has been working with business. And it would be good to see our police and our military using restraint more consistently as they undertake the difficult task of enforcing isolation requirements. Mass civil disobedience will be unavoidable if people in their numbers are subjected to disrespect and humiliation.

It is imperative that we not learn the hard way, ultimately by having to bury our people. Thus far we can congratulate ourselves for, in the main, co-operating with the state and caring for each other. Of course, patterns of poverty and inequality make the requirements far more onerous for the systemically disadvantaged. It is they who will lose their jobs if they had them at all. It is they who live in conditions with very little personal space and inadequate access to water, sanitation and all the other goods and services that are critical to stopping the virus in its tracks. We call on all advantaged South Africans to use this moment to think deeply about the divides which make some of our people’s lives matter more than others and to look for ways of assisting those in greater need than themselves.

If Covid-19 enables a mind-shift like that then it will have given us a gift. Right now it might be hard to think about the positives in what for many is a terrifying situation. But we are living a new normal now, and in that normal many positives are emerging – for instance, the right to sleep peacefully without noise from taverns, pubs and shebeens in residential areas which go on until 5am in some townships; the opportunity for families to spend quality time together; a state going the extra mile to deliver water to its communities; and taxi ranks being cleaned and made hospitable to commuters. Amongst the positives, of course, we see the things which remind us that our society carries deep pain, damage and dysfunction which manifests destructively at times like these. Disrespect for authority, and in many instances outright hostility towards it. The rule of law having little traction. In fact, we can even speak of a culture of lawlessness. Social media chatter which too often draws on the wells of racism and of misogyny. The women and children who have become used to domestic violence and who are living in fear right now. The spreading of fake news both wilfully and in ignorance. I could go on.

We wish everyone well as the next few weeks unfold. May we be inspired by Madiba and the many other long-term political prisoners who both had a dream for our country and who lived simple and disciplined lives through the long years of privation which prison imposed on them. The challenge they faced was huge, but they rose to it for us. Let us rise to the challenge facing us today, for them.  We can do it. 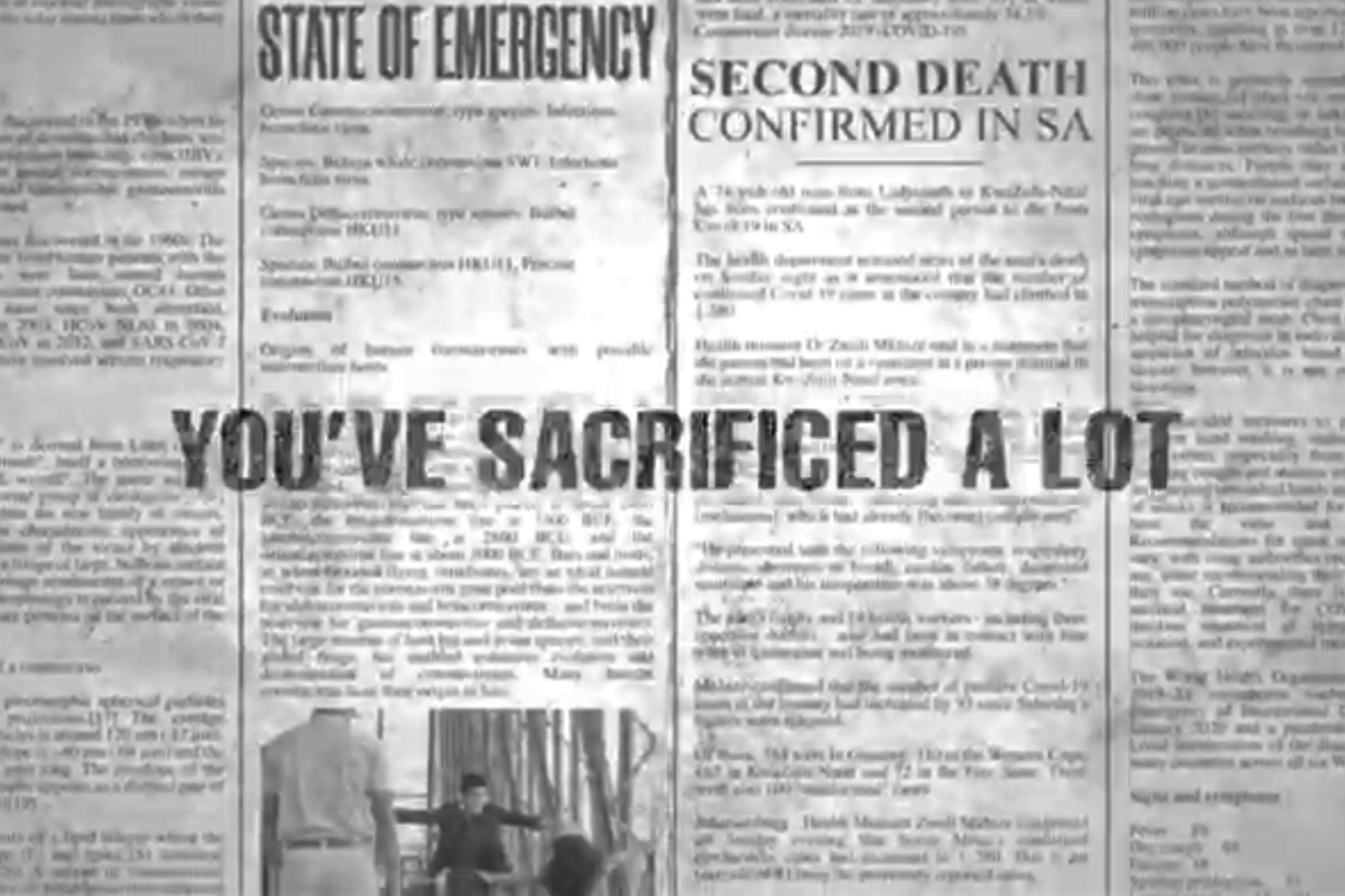