August 27, 2009 – The issue of poverty and how it affects women in South Africa was the key topic of the first session of the third Malibongwe Dialogue, held today by the Nelson Mandela Foundation at the Turbine Hall in Johannesburg.

This is the third year in which the Foundation has hosted a dialogue in recognition of women’s contribution to South Africa.

The keynote speaker, Minister of Trade and Industry Rob Davies, discussed the need for structural changes and the creation of a developmental state, particularly with a view to encouraging new businesses and employment opportunities, which would help to overcome poverty in this country.

Taking his cue from a dialogue with micro-lending pioneer and Nobel Peace Laureate Professor Muhammad Yunus earlier in the year, Davies told the audience of about 250 people, mostly women, that his mandate was “to continue the dialogue which we started with Prof Yunus in which he tasked us with the challenge of creating a world without poverty”.

“We need to focus on ways in which we can assist the poorest of the poor,” said Davies.

Davies argued that South Africa needed to adopt a similar model to Prof Yunus’ model in Bangladesh – which focuses on lending money to the poorest of the poor, who are disproportionately women – in order for them to develop sustainable commercial activities.

Davies pointed out that before the economic downturn, South Africa had enjoyed the longest period of economic growth since the onset of the Second World War. Unemployment, “in the strictest sense of the word”, he said, had dropped to 23%. While the economic downturn had exacerbated the unemployment situation, he argued that even if the economy recovered to what it had been before the recession, structural changes would still need to be made in order to eradicate unemployment.

“If we are to achieve the goals of transforming the economy, to help our people, we need to bring about structural change. Even when we were performing well we were not making a significant dent in unemployment. The reality is that even if there is a recovery it’s likely to be relatively weak recovery ... the least likely scenario is that we will return to the growth path we were on. If we do not bring about structural changes we will not be able to create a world without poverty.”

In creating jobs, he said, we should be “looking to encourage the most labour-absorbing activities. We need to make a really important structural shift from being producers of primary materials to the production of more value-added products.”

Davies also highlighted, in line with Prof Yunus’ mandate of encouraging entrepreneurship and social entrepreneurship, the need for his department to set up structures which will encourage the entrepreneurial spirit of South Africans.

Creating sustainable solutions in those communities that had been marginalised as a result of exploitation of cheap black labour by the mining and similar industries could only come about through the creation of businesses from within those communities.

“Prof Yunus,” he argued, “encountered similar problems in Bangladesh 30 years ago and has succeeded in making a difference to the lives of those people.

“Empowering people needs to be based on a model of self-employment. The programmes we devise need to take that reality into consideration,” he added.

He admitted that the support of micro-financing institutions in South Africa was an important challenge.

“We have started some work on this,” he said. “We found that the existing credit systems had no interest in getting involved in any developmental work in communities and there was no chance of the formal banking sector providing micro loans.

“Through a process of social dialogue and engagement we started to change the environment. We made a number of changes to the legislation and now we have created the possibility for   micro-financers to exist.

“But,” he warned, “I believe we have barely scratched the surface of what we need to achieve.”

Davies said that there were still a number of challenges that needed to be overcome in order for a sustainable micro-financing industry to take off in South Africa.

“We have a small number of micro-finance institutions that are starting to grow and a larger number that are probably not going to make it.

Davies’ presentation was followed by several questions from the audience. Fungi Rakoena, Department of Co-operative Governance and Traditional Affairs, asked, “Is there a process, minister, where there will be serious investment in the infrastructure?”

Pearlie Joubert, an “unemployed journalist”, asked if there were a way that the government could intervene to reduce the profits of cellphone companies, which “will put millions back into poor communities”.

Ketso Moorosi, a healthcare worker, said, “It is high time that we as women became directors and owners of the big hospitals, so we can improve the health and wellbeing of the entire nation.”

Former Speaker of Parliament Frene Ginwala observed, “There is a disjuncture between good intentions, between policies and outcomes.” Then she directed a question at the audience. “What is the problem?” She suggested activism as a path forward.

In response to some of the questions, Davies said, “We need to bring about very significant structural changes … we need to create a developmental economy.”

He said this was especially crucial in rural areas. “In the areas of what were the so-called homelands, there is extreme marginalisation, where the biggest source of income is from social grants. There are no wage incomes going into those areas; that’s the reality.”

But, he added, there was also extreme poverty in urban areas, especially in townships; “20% of the poorest people in South Africa live in Gauteng,” he pointed out.

He said the process of breaking down this poverty needed to be an integrated one, and would be led by the new Ministry of Rural Development.

He repeated that one strategy was improving access in these communities to micro-credit. “This is where micro-credit can work, in bringing economic life to townships that are dead.”

But, he warned, breaking down poverty is “not going to happen overnight. It’s going to require the collective effort of all of us.” 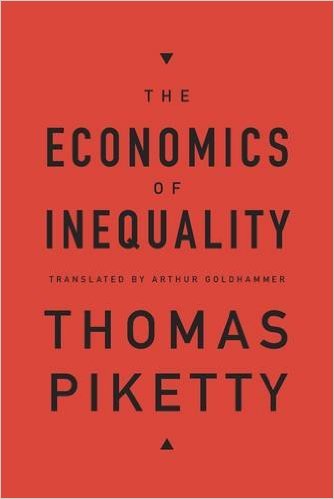 The third Malibonge Dialogue was held at Turbine Hall in Johannesburg 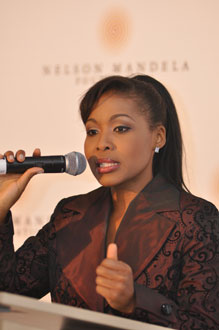 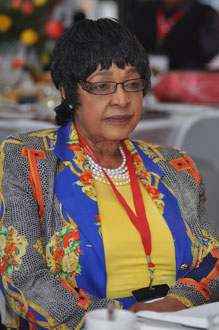