Former President Nelson Mandela’s last will and testament was read to his family and beneficiaries at the Nelson Mandela Centre of Memory this morning, 3 February 2014. 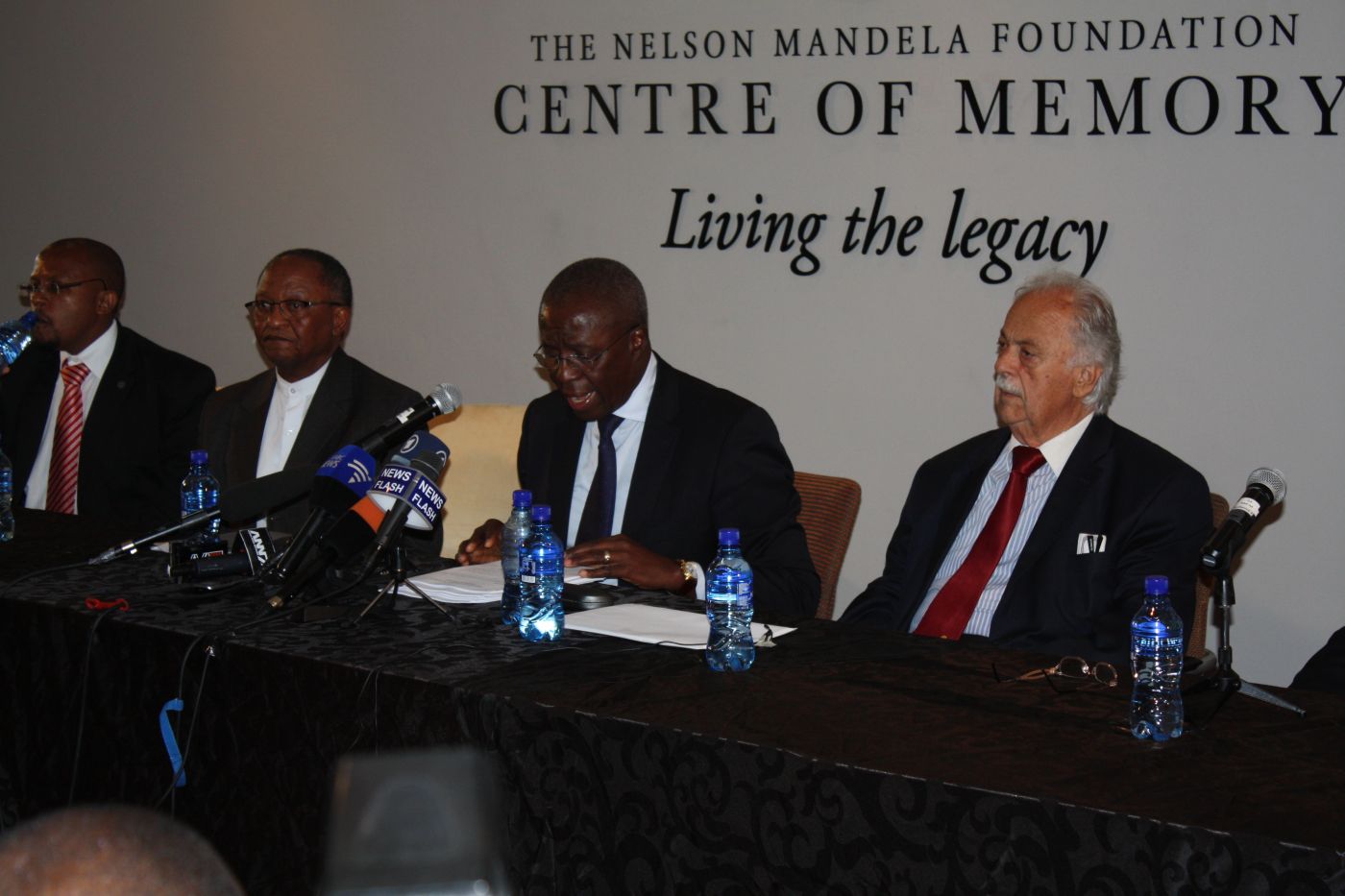 An executive summary of Mr Mandela’s estate, including an explanation of the procedures to be followed, was presented at the press conference.

In a prepared statement, Judge Moseneke said: “The executors of this estate are in favour of full transparency in handling the estate. They do, however, wish to achieve an optimum reconciliation between this objective of transparency with the objective of efficiency in the winding-up of the estate and obviating unnecessary and ongoing extensive enquiries relating to the contents of the Will and winding-up of the estate.”

Judge Moseneke pointed out that the executors and administrators of the estate would follow applicable South African law. They would not be involved in issues of customary law, in particular with regard to matters of status within the Mandela family.

The will dates to 12 October 2004. Two codicils were subsequently executed, on 7 September 2005 and again on 9 September 2008, with regard to Mr Mandela’s bequest of his Houghton home.

Mr Mandela expressed the wish in his will that the executors should, with regard to important decisions and the needs of his family, from time to time consult with Mrs Graça Machel, Mr Makgatho Mandela (who has since passed away), Ms Makaziwe Amuah Mandela and Ms Zenani Mandela Dlamini.

In terms of executing the will, the law firms ENS, represented by Michael Katz, and Ledwaba Mazwai, represented by Metja Ledwaba, have been appointed to assist the executors. Katz and Ledwaba will act as intermediaries between stakeholders, interested parties and others.

To read the summary of the bequests by Mr Mandela to his family, family trusts and other beneficiaries, click here or on the icon below.

Asked at the press conference about the value of Mr Mandela’s estate, Judge Moseneke replied that a full and accurate value of the estate is still being calculated, but that the provisional value is currently “in the order of R46-million”. This does not include royalties, which are prospective in nature, nor assets held in trust.

In response to a further question, around a suspensive condition to the bequest to Mrs Machel, to whom Mr Mandela was married in community of property, Judge Moseneke explained that she has until 90 days following Mr Mandela’s passing to decide on whether or not to agree to the suspensive condition.

Asked also what the mood was among the Mandela family members during the reading of the will, Judge Moseneke said: “Reading wills are always occasions charged with emotion,” adding that the mood had been good, with relatives seeking clarifications from time to time. Virtually the entire family had been present, he said.

Judge Moseneke also confirmed that Mr Mandela explained in his will why he was making certain bequests: “He tries to have a rational and emotional ground for each bequest.”