Former South African president Nelson Mandela will be honoured with an official Opus, the definitive publication that will chronicle the life and times of the anti-apartheid icon, it was announced in Johannesburg on Tuesday.

The official Mandela Opus will pay tribute to Madiba on his 95th birthday, which he celebrated this year, and the global release of the large-format book is set to coincide with South Africa’s 20 years of democracy in 2014.

The half-a-metre square Opus, weighing 37kg, will be the ultimate work on Mandela’s life and legacy, from his birth to his 95th birthday. It will tell his magnificent story in a unique and definitive way, featuring some of the finest writers and stunning images displayed on an unprecedented scale, and presented in a beautifully designed, luxury format. The writings will be accompanied by hundreds of rare and previously unpublished archive images, specially commissioned photos and beautiful illustrations.

The Opus collection is a series of the largest works ever produced on selected iconic stories, organisations and personalities, which include brands such as Formula One, Ferrari, Manchester United, Michael Jackson, Sachin Tendulkar and the Springboks. Opus, Matchworld and Africa Rising, in collaboration with the Nelson Mandela Centre of Memory and the House of Mandela, embarked on the creation of, and early next year the publication of, the official Mandela Opus. Award-winning journalist Ryland Fisher, a former Cape Times editor and author of the book Race, had been tasked with editing the epic publication. 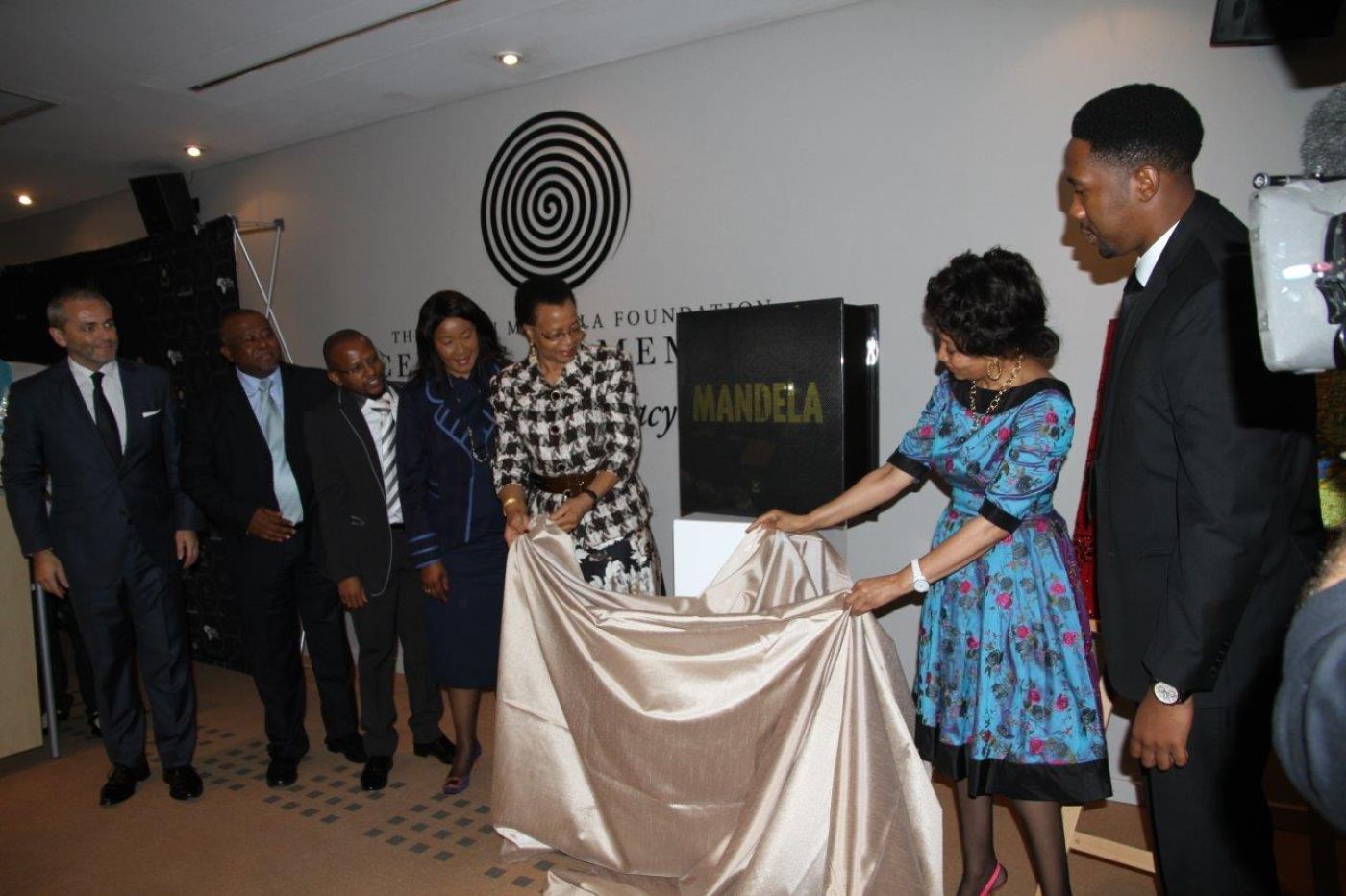 “We are excited about the Mandela Opus, which is another way of taking Tata’s legacy to people all over the world. There can never be enough ways of telling his story,” commented grandson Ndaba Mandela.

Lindiwe Sisulu, Minister of Public Service and Administration, was filled with emotion when adding: “I pledge to fight that history is made a compulsory subject in our schools, so that our children understand who we are, what we went through and where we came from. I would like the Mandela Opus to be the first book that they learn in schools as a compulsory work. We as South Africans remain eternally grateful to Nelson Mandela.”

The Mandela Opus will feature special written contributions by international icons such as Bill Gates, President Bill Clinton, His Holiness Pope Francis, Sir Richard Branson and a personal account by President Jacob Zuma on his memories of Madiba – among others. Fisher and his dedicated team, with the help of legendary photographer Benny Gool, had to review more than 20 000 photographs to whittle it down to approximately 2 000 images for the final Opus.

“It is an absolute privilege and honour to be invited to create an Opus on one of the world’s greatest icons, global statesman, and former South African President, Mr Nelson Mandela. Mr Mandela’s story is one that touches the hearts and minds of many generations across the globe, and we hope that the official Mandela Opus will make a valuable and unique contribution to his legacy, and help educate and inspire people from all cultures around the world,” comments Karl Fowler, CEO of Opus Media.

Early in 2014, a schools art competition will be launched where schoolgoers from around the world will be invited to design a cover for the Opus presentation case, known as a clamshell.

“It is an honour for us to bring all the parties together and to be able to lead the production of this legendary book,” says an excited Lyndon Barends, executive chairman of Matchworld.