Three books have been published in recent months that address themes of fundamental importance to the Nelson Mandela Foundation. Each of them, in very different ways, explores the nexuses of archive-discourse, public-private and violence-peacemaking. All three of the books have benefitted from engagement with the Foundation and its archival resources.

Jacob Dlamini’s The Terrorist Album uses a particular apartheid-era security police record as a prism for reading apartheid security archives and explores the importance of memory and narrative in reckoning with South Africa’s pasts. Carolyn Hamilton and Lesley Cowling’s Babel Unbound is a collection of essays on public deliberation in South Africa, with one of its central themes being the ways in which public discourse is always already in a relation of dynamic and ever-shifting interdependence with archive. Imraan Coovadia’s study of Mandela, Gandhi and Tolstoy, Revolution and Non-violence, explores intersecting traditions of resistance to oppression, including a counterpointing of the strategies of Mandela and Winnie Madikizela-Mandela.

Drawing on the contents of the books, a panel discussion with the authors was held on the 15th of October with a focus on three key lines of inquiry, namely:

The panel weaved together a nuanced illustration of how violence and non-violence unfolds in society; in particular, with regard to the relationship between inequality and the use of violence. It was argued that when violence is used as a response to violence or inequality there are unintended consequences. Likened to a fire, violence has a life of its own and can spread quickly and without control. The impact of violence not only affects individuals in particular ways but also in how they see and act in the world. For example, it was posited that those who suffered torture during apartheid had felt the worst of what was possible, making them more able to act in ways that would be considered ‘reckless’.

All three panellists spoke to a need to open up and engage with those considered the ‘other’ and with different voices to oneself. The speakers also noted that there is a choice of non-violence precisely when violence seems the only option.

In building a social contract there was a call to consider how public deliberation and the ‘central social imaginary of democracy’ had been ‘convened, corralled and captured’. It was clear from the conversation that how ideas travel is particularly important in understanding how we build our society. It was noted that in many spaces, there are regimes over what is ‘sayable’ and ‘not sayable’, and in many instances institutions themselves can disable meaningful debate.

More provocatively, it was stated that there should be a ‘troubling’ of the notion of black innocence during apartheid and that in rebuilding a social contract there is a need to understand how black collaboration made apartheid possible. This in turn will problematise easy assumptions around what blackness means.

Much of the conversation focused on the idea of the archive and its impact on public life. Clear throughout the event was the point that although archives are often positioned as arbiters of truth they are not, nor are they static. Arguably they are active in the making of public discourse: and are made by it. It was argued that in making archive accessible, there are new ways of understanding the past. Yet in doing so the archive will be connected to the story we are trying to tell. In a sense there is the possibility of South Africans using the archive to see the country and the nation as it is rather than how it sees itself. This will allow the country to question concepts such as ‘race’ and challenge new forms of political nativism which seeks to determine who ‘belongs’.

There was an argument that much of the apartheid state archive which many considered to be completely destroyed, does in fact remain in many places both in institutions but also in homes, garages and storerooms, scattered across the country. This archive also has power in how it can be used to shape discourse, ‘muddy’ arguments and to slur others.

There was an agreement that in supporting the development of the ‘precolonial’ archive, there is a need to consider the temporality of the archive. The search for this archive will be messy. Rather than an opening of a ‘pristine past’ there should be consideration of temporality and how that shapes the ‘biography’ of the archive.

A video of the fill event can be found here: 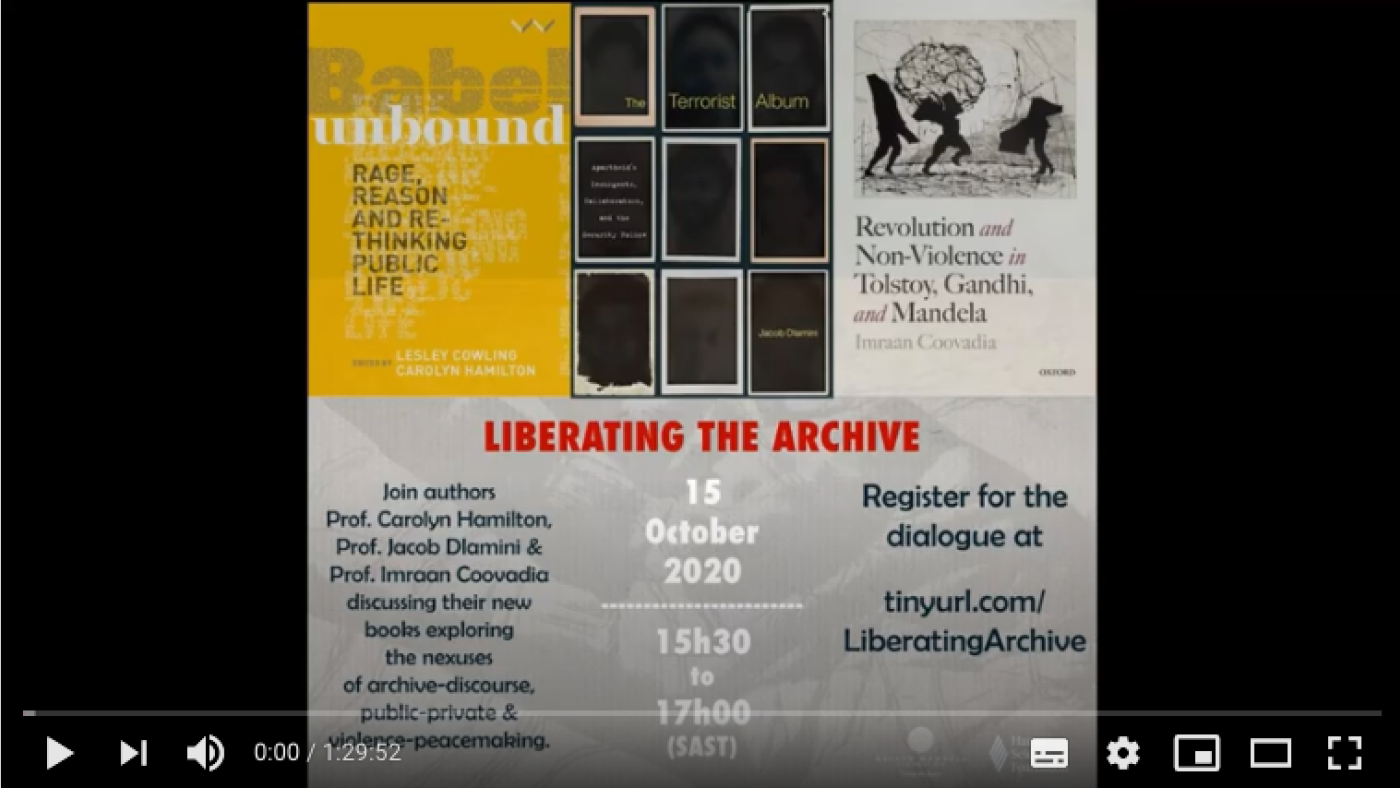