What do we really know about the apartheid state’s secretive chemical and biological warfare programme, Project Coast? How much will we ever know? And how does knowing about the project help us reckon with our past?

These were fundamental questions posed at an event at the Nelson Mandela Foundation to launch The Dis-Eases of Secrecy, a book about Project Coast, the secrecy that still defines it, and the complex narratives that emerge when engaging with memory work.

The book was written by Prof Brian Rappert, Professor of Science, Technology and Public Affairs in the Department of Sociology, Philosophy and Anthropology at the University of Exeter, and Dr Chandré Gould, senior research fellow at the Institute for Security Studies and the lead investigator on Project Coast for the Truth and Reconciliation Commission.

Published by Jacana Media, the book was supported by the Nelson Mandela Foundation, the Institute for Security Studies, the University of Exeter, the British Academy and the UK’s Economic and Social Research Council.

The purpose of the book is not to document an exhaustive chronicle of Project Coast or even to attempt to prevent such a programme from ever being undertaken again. Instead as the book’s introduction states, “this study was undertaken in the spirit of investigating possibilities for understanding ourselves and the world; because a danger in examining an activity like Project Coast is getting swept away in the mystique and spectacle that defines it.” In particular, the book seeks to grapple with memory work and the narration and erasures of history.

Gould told the audience that while she is no longer sure of her previously “naive belief” that preserving memory is a good way to prevent a repetition of past mistakes and crimes, “the truth is, memory work is important – there’s no getting away from it.”

The book is unique in the way it is constructed. Rather than simply being a chronological narrative, it has been structured to simulate an investigation, so that it can be read in several different ways and one can follow various lines of inquiry. The book’s editor, Sibongile Machika, commented that this offers a new mode of learning about the past, and how readers should make their own connections, even going back to parts they have already read to make sense of the labyrinthine of Project Coast. “It’s how we went about doing the book – it’s how you decide to read the book,” she said.

Verne Harris, the Foundation’s Director of Archive and Dialogue, who facilitated the discussion, said, “I think this is a very important book ... It’s not really a book you enjoy – it’s a book that makes you work hard.” “Every reading [of the book] becomes an act of co-creation” Harris added.

Gould said that what she and Rappert were attempting to do was “hand this over to readers, who have the responsibility to ask questions, to place agency in the hands of everybody”.

In that vein, argued Lizeka Thandwa, a young scientist on the panel, the book conferred accountability around Project Coast on readers, too. It “prompts you to be accountable, and do further research”.

As a country struggling with its past, the book makes an important and necessary contribution to the discourse, challenging our preconceived notions and the easy binaries that have come to define us. 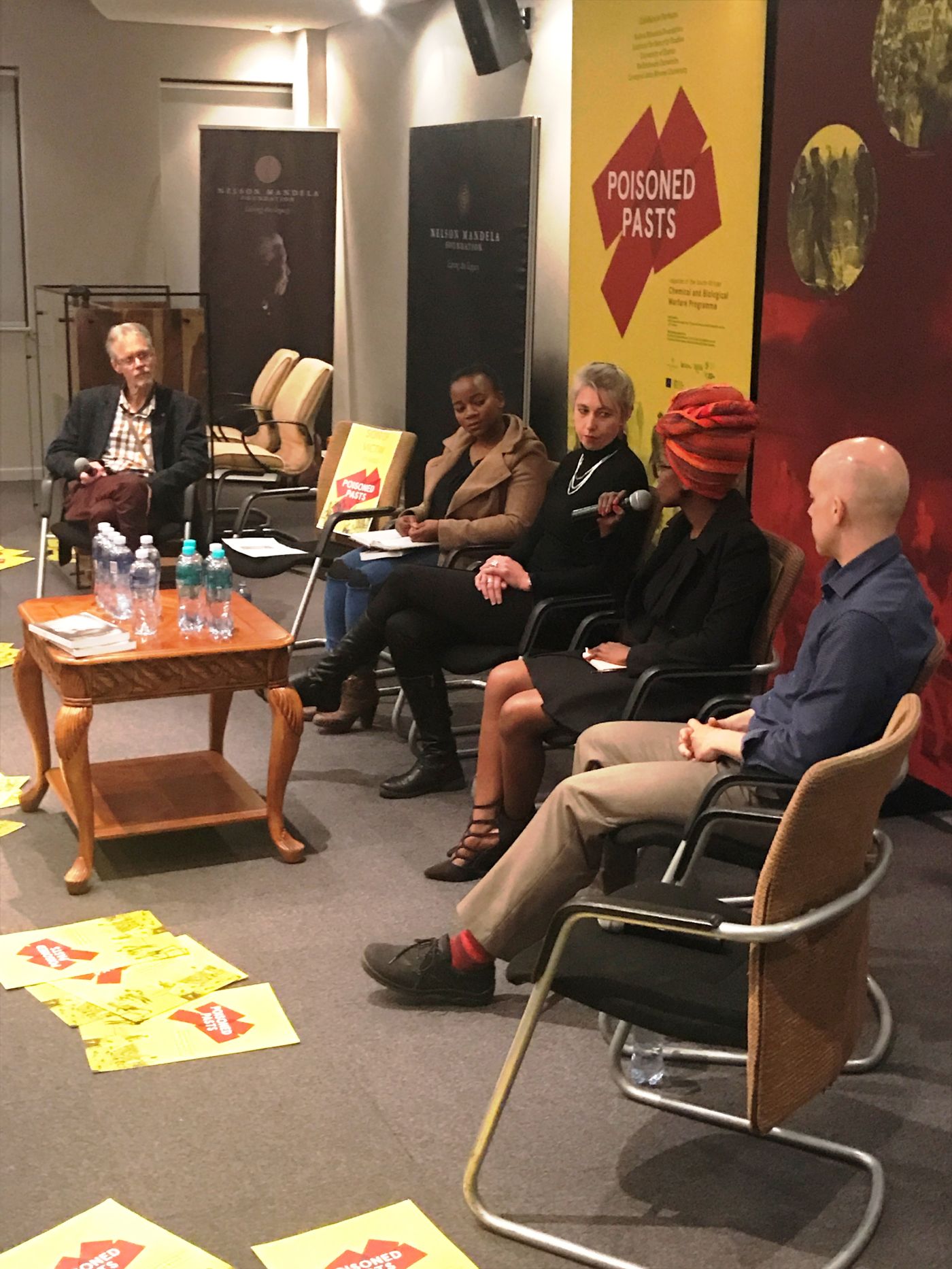