The Nelson Mandela Forum based in Florence, Italy, marked the closing of its Mandela Centenary programme with an exhibition of images taken by renowned photographer Massimo Sestini. The exhibition, Mediterranean: The Right to Hope: Shots from the Sea, captures the plight of migrants crossing the Mediterranean from Syria and the African continent in search of a better life in Europe.

Opening the exhibition, host Massimo Gramigni noted that the event closed a year of activities that had started on 14 February 2018, with the inauguration of a glass replica of Mandela’s cell at the entrance of the Nelson Mandela Forum by Ndileka Mandela, Nelson Mandela's granddaughter. Several other events honouring Madiba’s legacy took place throughout the year, including the unveiling of a mural painted by renowned artist Jorit Agoch in the Piazza Pietro Leopoldo. The mural has served as a talking point for many who visit the square, and serves as an inspiration to help build a more caring and just world.

Sestini expressed his wish for the global community to unite behind efforts to help migrants. He indicated that he tried his best to select photos that restore dignity to the migrants and tell a story of both the difficulty of the journey and the determination of people to pursue forms of freedom. Many of these stories focus on the intergenerational aspects of the trip, as many took their children with them so that they could offer them an alternative future.

While the event was sombre and reflective, feelings of hope and celebration were injected by an uplifting performance by local choir Sesto in Canto, which sang South African songs.

A larger project will build on the exhibition by partnering with National Geographic, which will produce a documentary identifying and following the migrants captured in the main photograph, ensuring that the plight of migrants is given a more human face and that their struggle is no longer reduced to a statistic.

The University of Florence also presented the Nelson Mandela prize, which is awarded to a thesis on human rights, to academic Eleonora Costa, who wrote on the relationship between human trafficking and women's rights. Costa will visit South Africa in July as part of the “Mandela month” programme. Nelson Mandela International Day is marked annually on Mandela's birthday, 18 July, and the whole month is viewed informally as Mandela month.

Chief Executive of the Nelson Mandela Foundation Sello Hatang said that the exhibition, mural and academic outputs should serve as constant reminders to all that the centenary celebrations were about individual responsibility for building a values-based society in which human solidarity extends beyond borders. He said: “We must continue to build bridges instead of walls.”

Hatang expressed his gratitude to the people of Italy and the city of Florence in particular for their support of a successful centenary programme.

On Saturday, Florence will honour the Nelson Mandela Foundation and its Chief Executive by bestowing the Keys to the City of Florence on him for his work and activism around youth empowerment in that city, as well as his work in keeping Mandela's legacy alive. 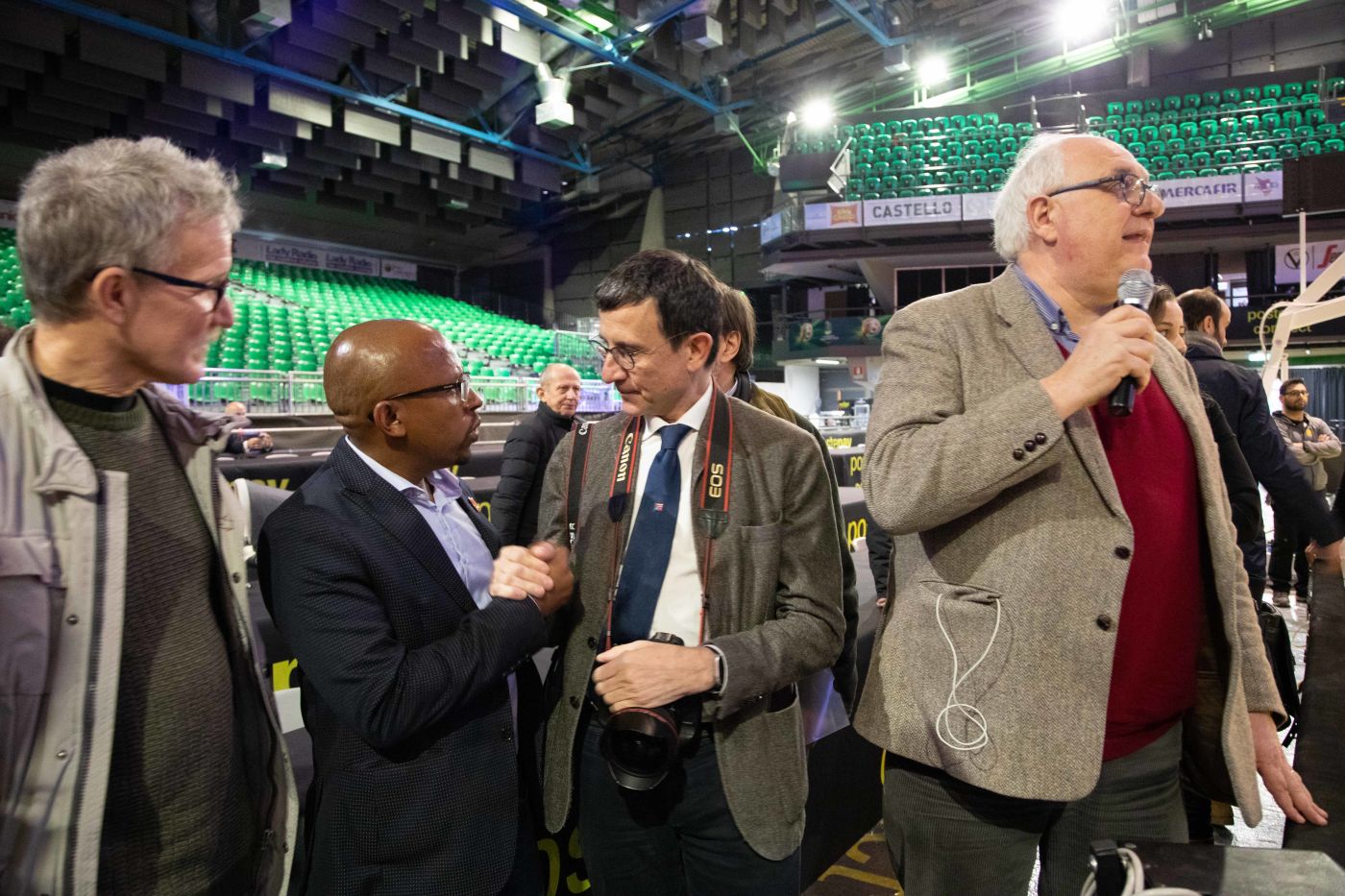 The Nelson Mandela Forum based in Florence, Italy marked the closing of their Mandela Centenary programme...