July 19, 2007 – The Nelson Mandela Foundation hosted a dialogue today, in which former US President Bill Clinton argued there was an urgent need for people to recognise that they are more similar than different.

President Clinton said there are three major problems of our time: terrorism and global disease, climate change and depleting resources and inequality in terms of race, healthcare and education amongst other things – and that these can only be solved when people recognise that they are “99.9% similar”. 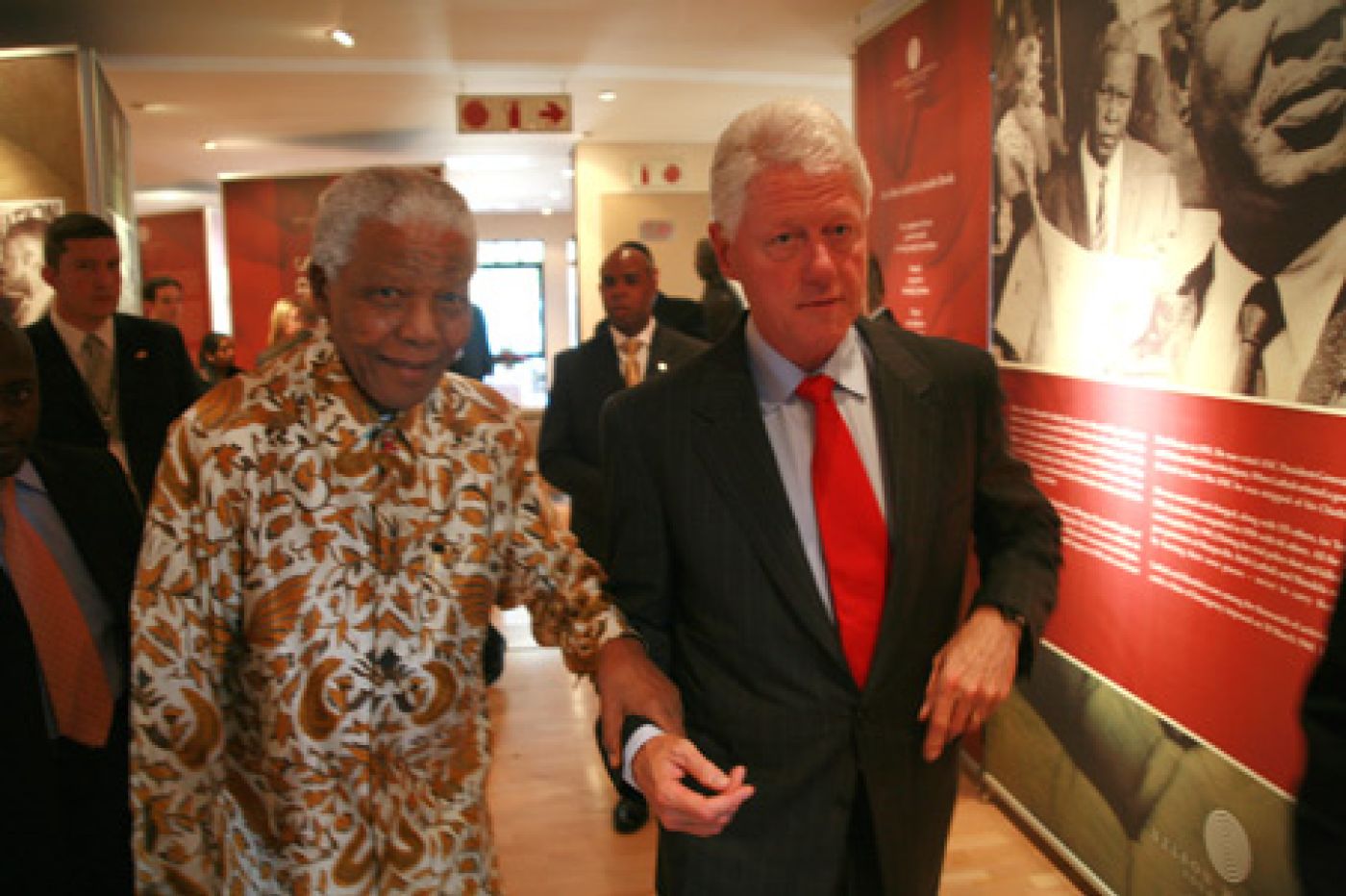 President Clinton said he had come to South Africa, as he tries to do around the time of Mr Mandela’s birthday each year, “Because I want to see my friend, but also because he’s been an inspiration …”

He recalled Mr Mandela asking him to help the peace process in Burundi. “In 2000, I was sitting in the White House, minding my own business, America’s business, that is …”, when Mr Mandela called. “His first words were ‘My president’. Some people talk in code,” President Clinton said with a laugh. “Whenever he started a sentence with ‘my president’, what that meant was, ‘I’m about to ask you to do something you do not want to do but you might as well say yes before we argue about it.’” He recalled that Mr Mandela had persuaded him to fly to Arusha in Tanzania, because the leaders “would be too embarrassed to not sign the peace agreement in front of the president of the United States.” He laughed, saying Mr Mandela had pointed out to him, “Normally, I’m the saint and you’re the sinner, but this time it’s the other way around!”

President Clinton said that Mr Mandela was a practical leader. “He didn’t spend all that time in prison thinking about his prose, he spent his time thinking about how to make deals and get things done.”

Clinton said, “If you think of every single problem in the world today … whether you like it or not, we’re bound together. Divorce is not really an option.”

He added, “Underneath every problem is the problem of the mind and heart … Think about every headline in the world today that is a troubling headline,” he said. “They think their differences are more important than their common humanity.”

Referring to the mapping of the human genome, President Clinton said that every person in the world only differed by “one tenth of 1 percent of your biological make-up,” and that “our common humanity is more important than our interesting differences”.

“I find it inconceivable that I could be 99.9% the same as him,” he said, pointing at Mr Mandela. “So are you,” he said, turning to the audience, “Your potential for greatness is there.”

After the speech, ANC stalwart Mrs Amina Cachalia said, “Today was quite spectacular. It’s lovely to have listened to Bill Clinton, who knows Madiba for a few years now.”

Mr Nkosinathi Biko, son of the late Black Conciousness leader Steve Biko, said, “I think the first thing that came to mind is just the value of friendship.”

Ms Ingrid Gruen, a member of the audience, said afterwards, “[Mr Nelson Mandela] shows how the consciousness of one person can bring about global change for the good. It is only when we put aside our selfish needs and look to the future of what is needed for our children, our country and our planet, that a quantum shift will take place. Sing, South Africa, the beloved country!”

Another guest, Ms Obenewa Amponsah, said, “I thought one of the most significant yet simple things was when Bill Clinton indicated that most issues are a matter of the heart and soul.”

Ms Emilia Potenza, curator of the Apartheid Museum, said, “For me, it was wonderful to hear Albertina Luthuli speak. I’ve only seen images of her as a young person, in 1955, so it was wonderful to see and hear her talk about her father. It also made me realise what a journey we’ve been on and how far we’ve come.”

Mr Jeremy Mansfield, a DJ on 94.7 Highveld Stereo, said, “Mr Clinton manages to say very little, but what he does say is always done in a highly entertaining and informative manner. I do think though, that his wife’s just a little bit better …”

Nelson Mandela Foundation CEO Achmat Dangor said, “It was very interesting to see the contrasts between the way we articulate issues and the way a man like President Clinton does – the art of simplyfying issues so you get right to the grass in a way that is very useful.”

“It was a good day in terms of tying together different cultural strands.”