The travesty of state capture, which has hollowed out many of South Africa’s state institutions, is “an insult to Nelson Mandela’s legacy”, MP and United Democratic Movement President Bantu Holomisa said on Tuesday night.

Speaking at the Nelson Mandela Foundation’s launch of Unthreading Madiba, an exhibition exploring the different skeins of Mandela’s legacy, Holomisa called the Gupta Leaks nauseating. The Gupta Leaks refers to revelations contained in a vast set of leaked emails written by members of the Gupta family, and people associated with them, that are alleged to be evidence of influence-peddling by the Guptas with the aim of securing a large number of lucrative state contracts.

The exhibition launched as the Foundation marked the fourth year since Mandela died on 5 December 2013.

Worse, said Holomisa, is that Public Protector Busi Mkhwebane recently found that monies intended for Mandela’s 2013 funeral had been stolen by Eastern Cape government officials. “That goes beyond commonplace corruption; it is not only immoral, it is evil,” Holomisa said. 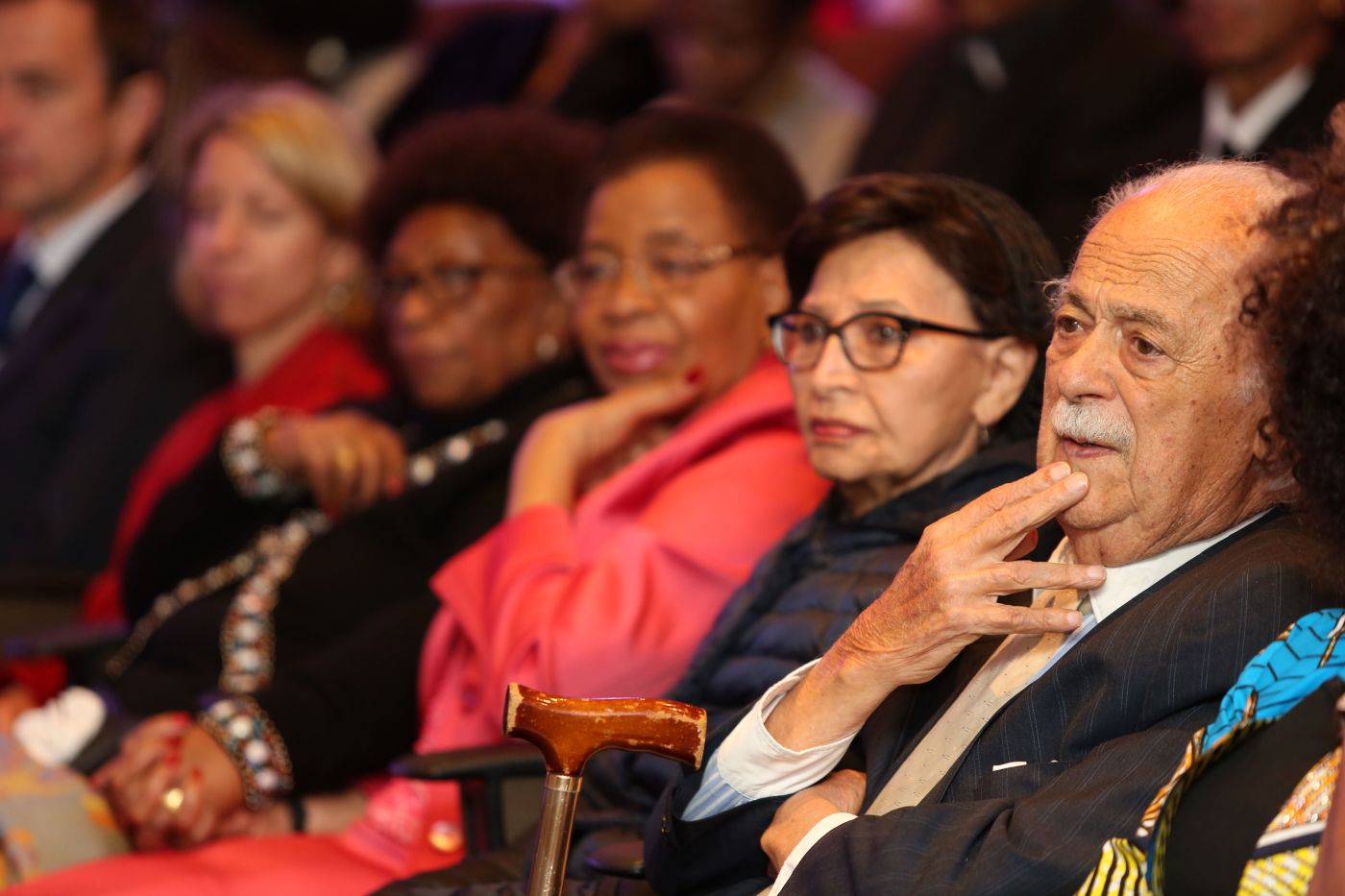 Earlier, the Foundation reacted with “outrage” at this theft of public funds, and called for “definitive action against those who were fingered” in the Public Protector’s report.

Holomisa went on to say that “pervasive corruption – even at the highest level – is scaring off potential investors and capital outflow is at an all-time high”.

“To top it all off, the ratings agencies have downgraded South Africa to 'junk' status. As a result, jobs are shed at an alarming rate, which leaves an economically and socially depressed nation.”

Holomisa said all of this is undoing the progress Mandela made for South Africa when in 1993 he asked the United Nations General Assembly to reverse anti-apartheid sanctions against South Africa.

Mandela’s widow, Graça Machel, said South Africans should stop agonising about how the South Africa Mandela created had “slipped through our hands”. Instead, they should remember his famous words, “It is in your hands to make of our world a better place for all.”

South Africa is “an extraordinary country”, Machel said. It is a singular country in which a singular generation – that of Mandela, Oliver Tambo, Walter Sisulu, Albert Luthuli, Winnie Madikizela-Mandela and others of their ilk – had led their compatriots to freedom. That could be repeated.

“If this country, a century back, could produce such leaders, it has to be able to produce another crop. It is in South Africa’s genes, in its DNA,” she said.

South Africans need to look among its young people for the new generation of leaders who will stand on the shoulders of the Mandela generation, identify them and “nurture them to deal with the challenges of our time”, she said.

“It is easy to feel overwhelmed as one tragedy after another unfolds – the Life Esidimeni tragedy here in Gauteng; further away the horrific images of modern-day slavery in Libya and the genocides in Yemen and Myanmar.”

These tragedies feel “especially overwhelming in Mandela’s absence, and given the scarcity of the high-quality leadership exemplified by him”, Ndebele said.

“We still miss him, and we are still inspired by him. To keep working hard. To keep fighting the good fight. To keep believing in the South Africa he dreamed of and sacrificed so much for.”

Watch a video of the event: