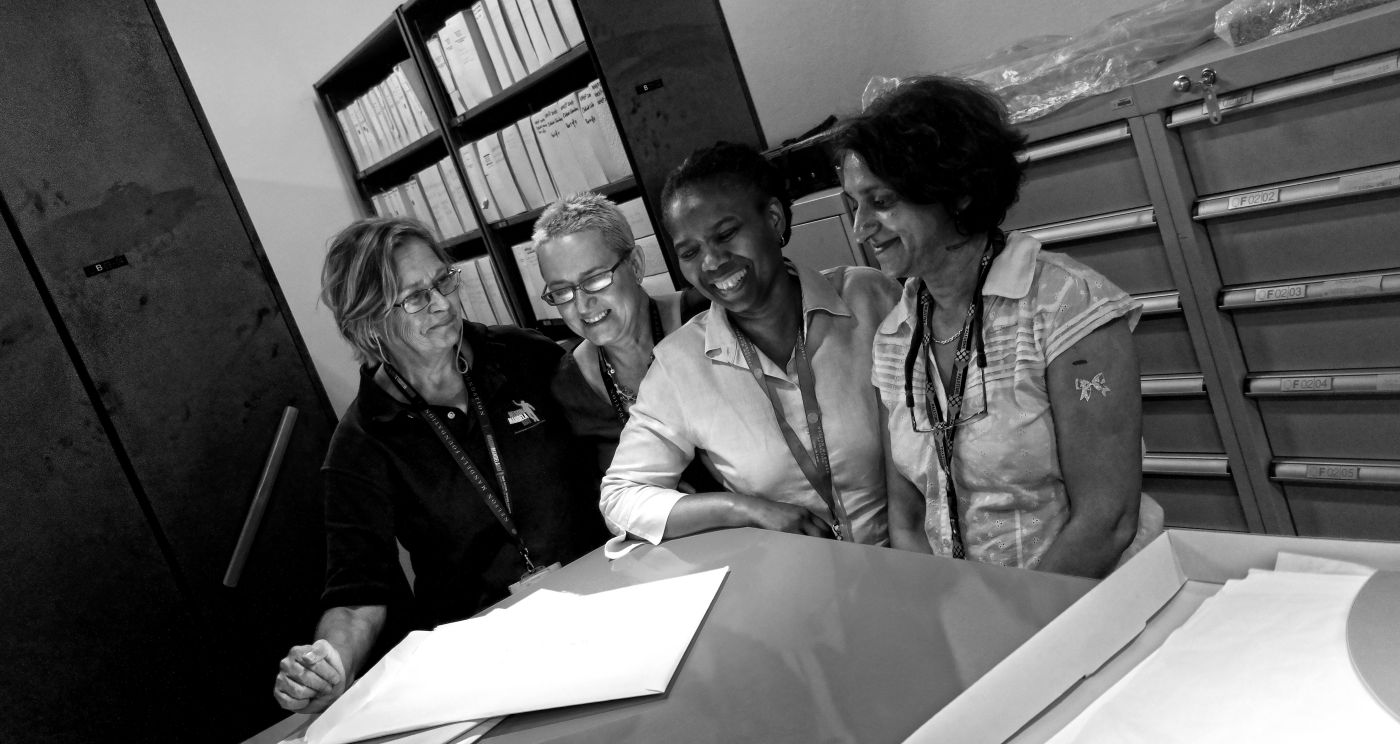 Nelson Mandela’s autobiography Long Walk to Freedom was published twenty years ago, in December 1994. He started writing it on Robben Island in 1976, but before it was finally published it followed an almost two decade journey involving numerous other people.

During that journey the text was worked and re-worked and travelled through institutional and other collaborative processes. This is a fascinating story in itself and still awaits in-depth research. Here is an outline of key moments in the text’s journey.

Inevitably the text’s evolution generated elisions, collisions and imprecisions. Most significantly, the teams which worked on it did not have access to critical archival resources. For a decade now the Nelson Mandela Foundation’s research and archive team have been locating, documenting and interrogating those resources. This continuing labour has revealed a number of inaccuracies in the published text. Here is a summary of the results of this labour.

Two examples illustrate the work the Foundation has done. A typescript of Long Walk created from the manuscript smuggled off Robben Island in 1976 shows Madiba recording the year of his father’s death as 1930. This he also wrote in his biographical sketch during the Rivonia Trial in 1963 (as illustrated in the image below). Extant historical evidence authenticates this dating. And yet the published text has the death occurring when Madiba was nine years old, that is in 1927 or 1928. 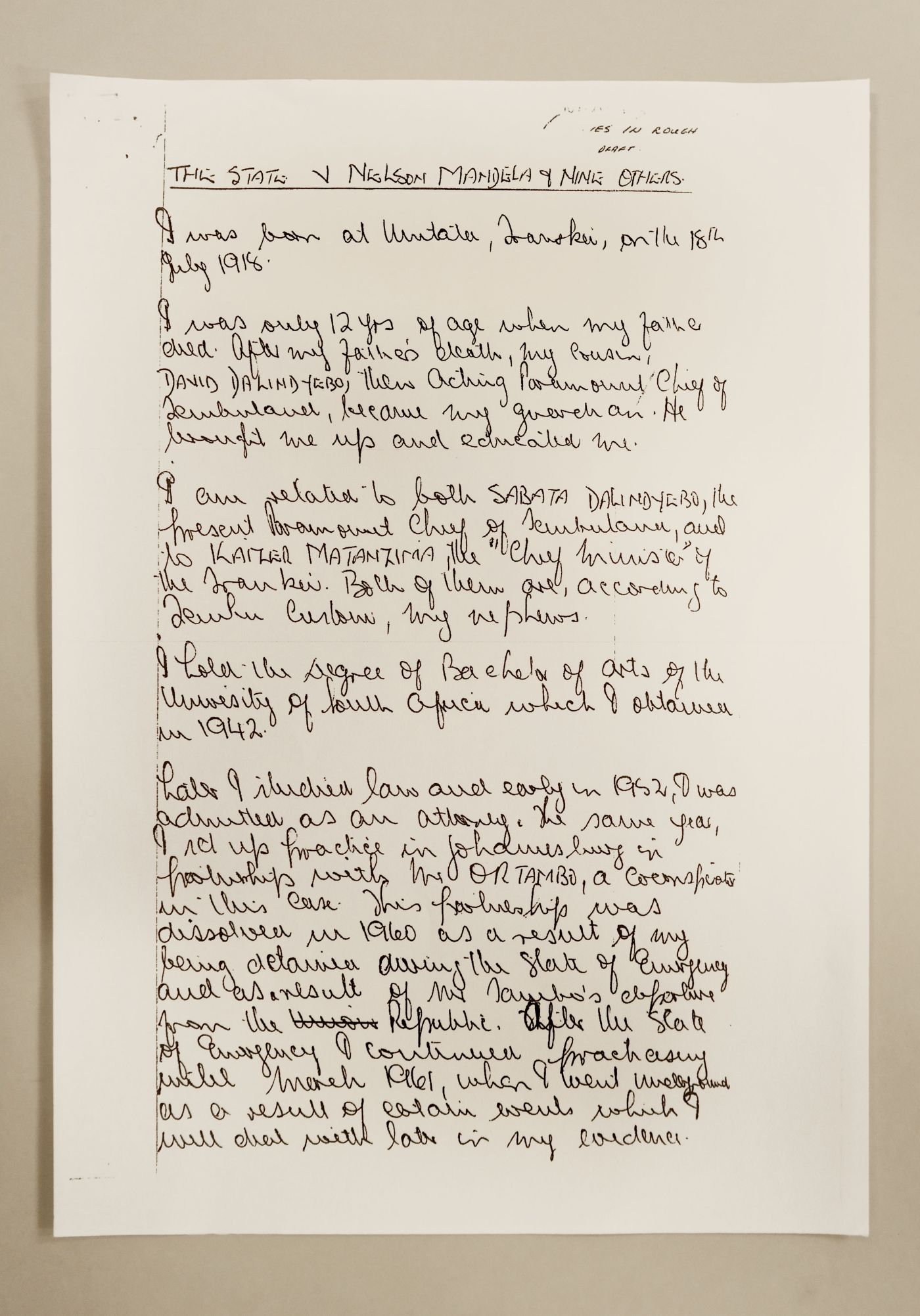 The published text records Madiba as wearing a leopard-skin kaross during his 1962 trial. And yet contemporary news reports identify the kaross as having been made from jackal skins. 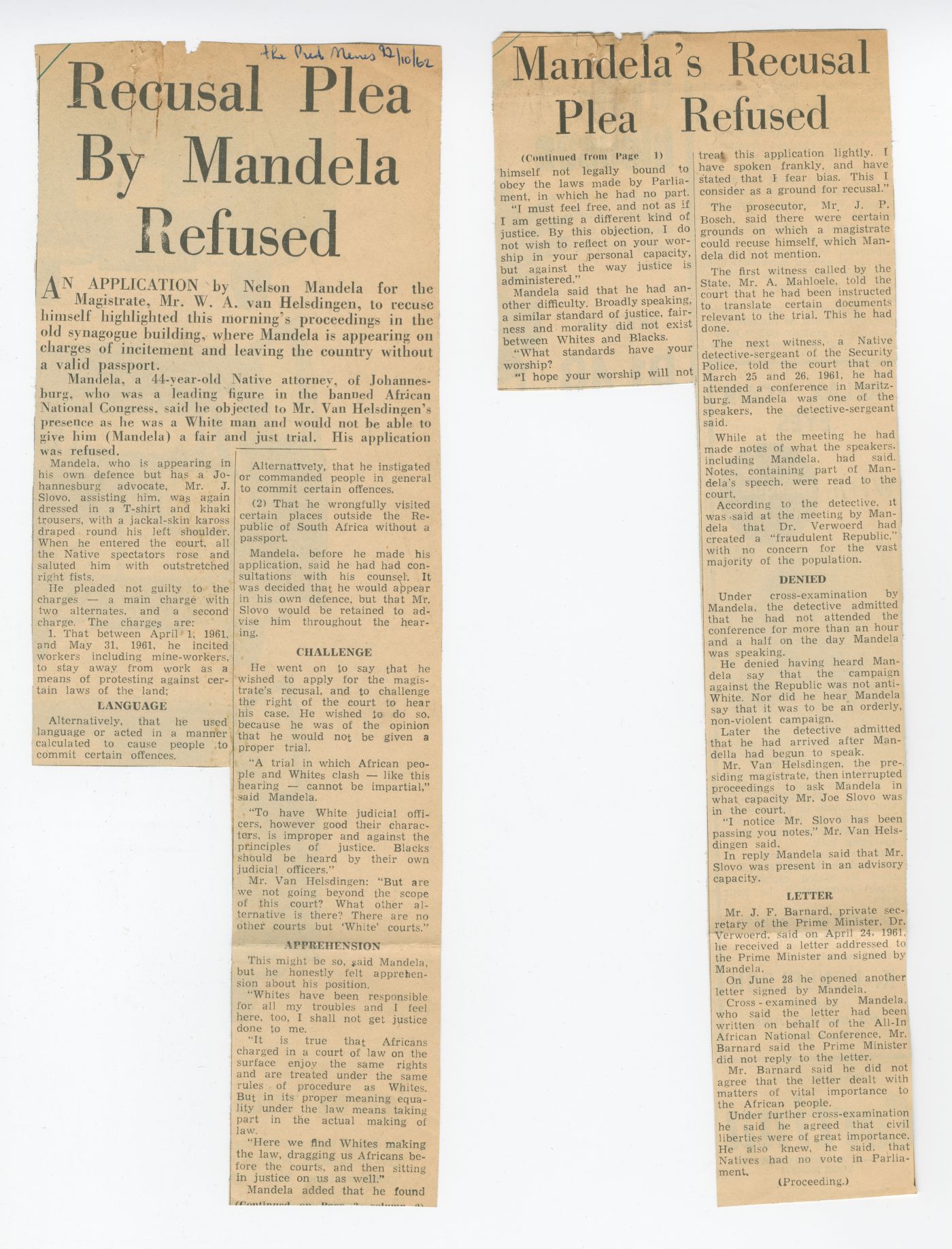 Contemporary news reports identify the kaross as having been made from jackal skins. Image courtesy Coen Stork.

In 2013 Mrs Winnie Madikizela-Mandela confirmed that the kaross was indeed made from jackal skins and revealed that she had the artefact in her possession. It is now on loan from her to the Foundation and is on display in its Centre of Memory permanent exhibition.

Madiba donated his private papers to the Foundation and mandated it to undertake the robust memory work which is essential to deeper understanding of his life and times. The work continues.

Click here to watch a documentary on Long Walk to Freedom, broadcast by Spanish television station TVE and featuring interviews with Mac Maharaj, Ahmed Kathrada and Laloo Isu Chiba, among others. 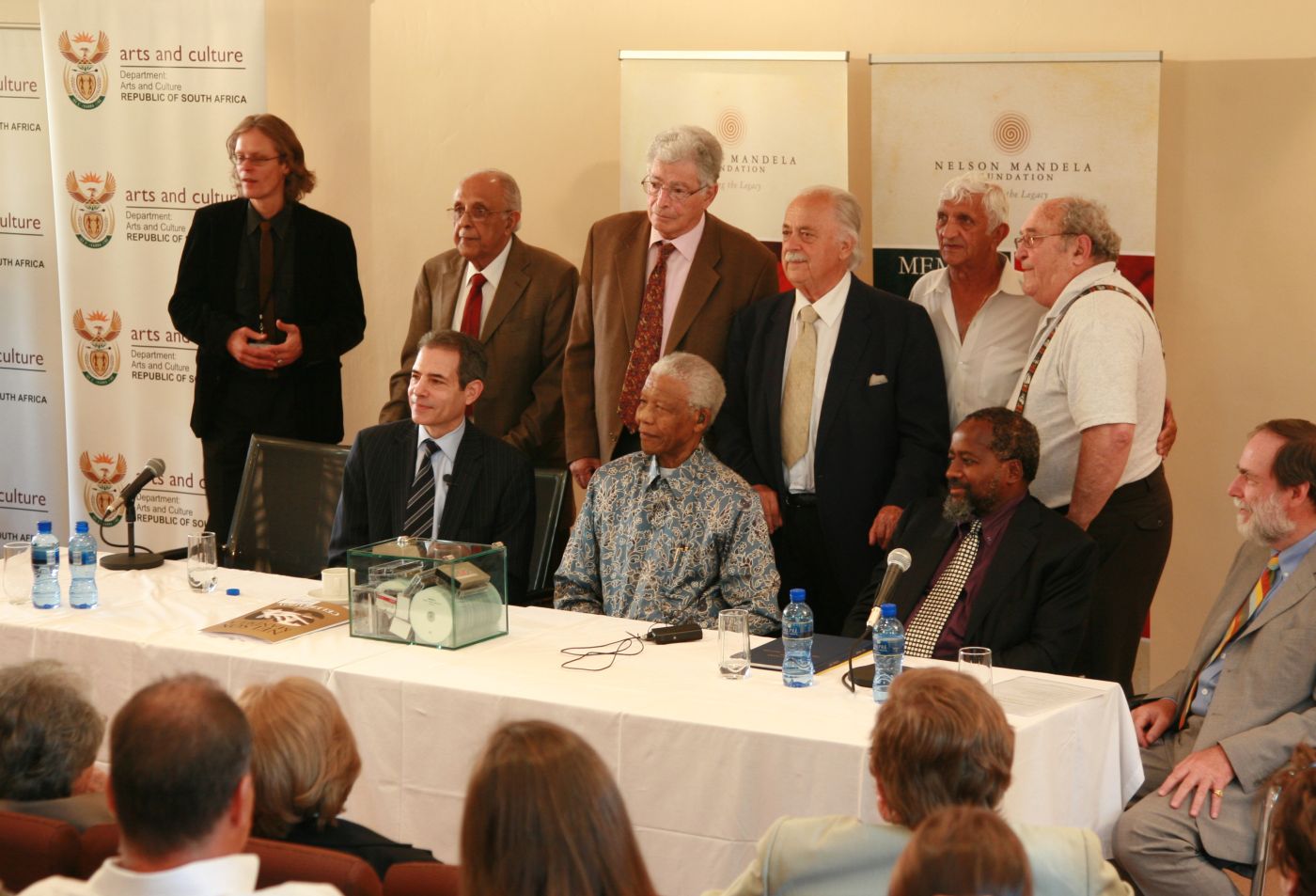