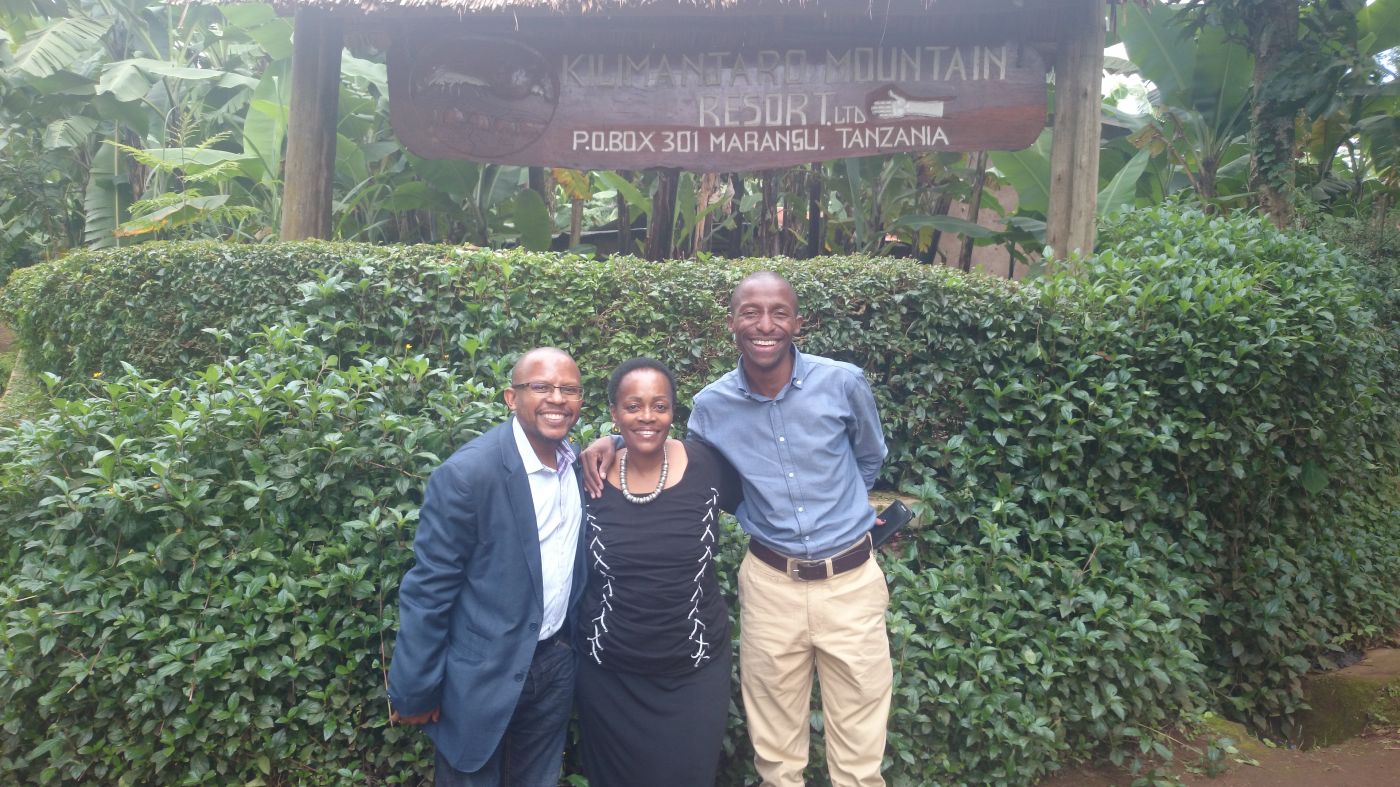 The 4th annual Trek4Mandela Executive Climb – in support of vulnerable girls – is drawing near, and preparations are being finalised.

The expedition, which culminates with 35 business executives and celebrities summiting Mount Kilimanjaro on 18 July, Nelson Mandela International Day, celebrates Nelson Mandela’s legacy and his core values of ubuntu, dignity, authentic leadership, freedom for self and others, and selfless service to humanity.

Led by South African adventurer Sibusiso Vilane, Trek4Mandela and Caring4Girls create awareness of the plight of girls in need in rural and poor schools during their menstrual cycles. It also encourages dialogue on issues of puberty and adolescence.

Ordinary individuals can support the climbers and contribute to the fundraising efforts by sending an SMS with the name of a climber to 42513 to make a pledge of R30. For more information, visit the Trek4Mandela website.

This week Sello Hatang, CEO of the Nelson Mandela Foundation, travelled to Tanzania to finalise logistics and to undertake a walkthrough of the initial route. He was accompanied by Fikile Kuhlase, Senior General Manager at the Banking Association of South Africa, and Richard Mabaso, CEO of the Imbumba Foundation and founder of Trek4Mandela.

Speaking from Dar es Salaam, Hatang says: “The people of Tanzania are looking forward to Nelson Mandela Day 2015 and the Kilimanjaro National Park (KNP) has pledged to mark Madiba’s birthday.”

He says the KNP team has spontaneously taken on the goals of the initiative by adopting schools in the Marangu area – along which the Trek4Mandela expedition will be travelling to Uhuru Peak – and providing sanitary towels and hygiene products to girl learners.

“I am delighted that the initiative is becoming international,” says Hatang, who will be summiting Kilimanjaro for the first time.

Hatang, Kuhlase and Mabaso are part of a group of 35 – including Industrial Development Corporation CEO Geoffrey Qhena, South African Tourism CEO Thulani Nzima, three representatives of the Thebe Investment Corporation and several senior managers from all sectors of corporate South Africa – who have signed up for the expedition.

The initiative will kick off in earnest 13 days before the start of the expedition, when on 1 July a national drive to raise awareness around Nelson Mandela International Day will see climbers interact with South Africans nationwide by handing out flyers at traffic intersections.

“Even in the smallest corners of South Africa, if a single participant hails from there, they’ll have individual awareness initiatives in their own community,” Hatang said.

At a second awareness drive on 4 July, all the climbers – accompanied by at least 27 people each – will summit Johannesburg’s Westcliff Stairs.

Additional awareness drives will include two send-off events in Durban and Johannesburg, before the expedition’s official departure on 13 July.

“On that day, when we arrive in Marangu, we will visit the Daranjani Secondary School so that the climbers can speak to the girl learners about personal hygiene and the importance of education,” Hatang says.

Mountain climbing novice Kuhlase, who has been involved with Trek4Mandela since its inception in 2012 but is participating for the first time, is very excited about being part of the executive climb.

“After all the preparations, seeing Mount Kilimanjaro for the first time … It was both stunning and a bit scary,” she says.

“But I am mentally ready. What’s kept me going through all the doubt, training and going up and down steps, is the reason we’re doing this. I’m one of only seven women on the expedition, and it is important that we represent and set an example to the girls.”

Trek4Mandela founder Mabaso is an old hand at the journey to Uhuru Peak, with three previous summits under his belt.

He started the expedition in 2012 after he overheard a conversation between his niece and his mother on the challenges young girls have with menstruation.

To make a difference – to take action and inspire change – he set up the Trek4Mandela challenge.

“And as custodian of the initiative, I have no choice but to take on the challenge for the next 20 years to come,” he chuckles. “But it is worth it, because every time is a special, different experience.”

He said the experience is an important reminder that anything is surmountable, and that daily challenges and pushing yourself is part and parcel of life.

Mabaso is overjoyed that his vision of the initiative “inspiring South Africa, Africa and the world” is becoming a reality.

“That the Tanzanians have already joined the partnership and identified the opportunities to get involved by adopting schools, and that we’re getting international climbers participating, shows that this initiative is going from strength to strength.” 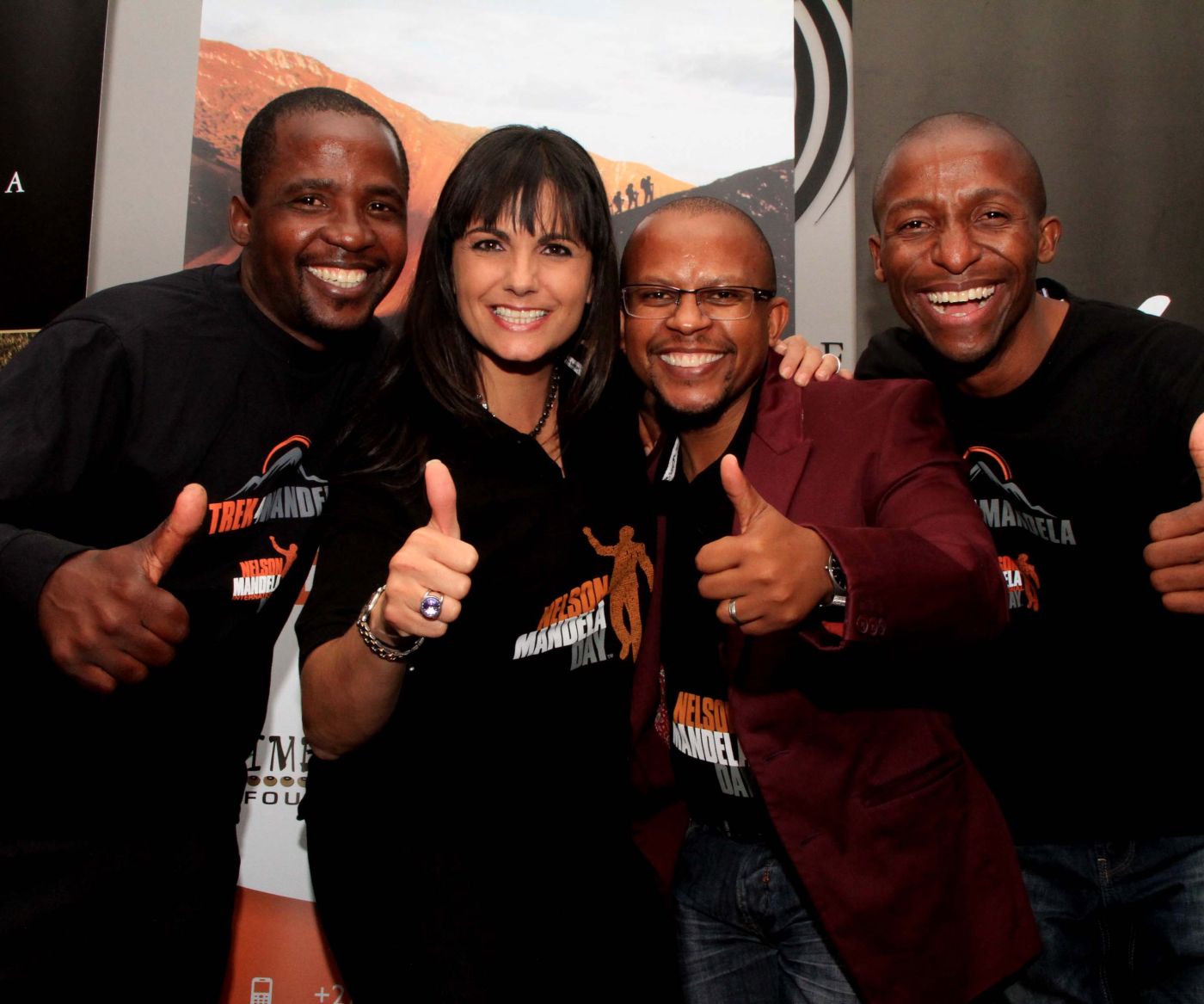