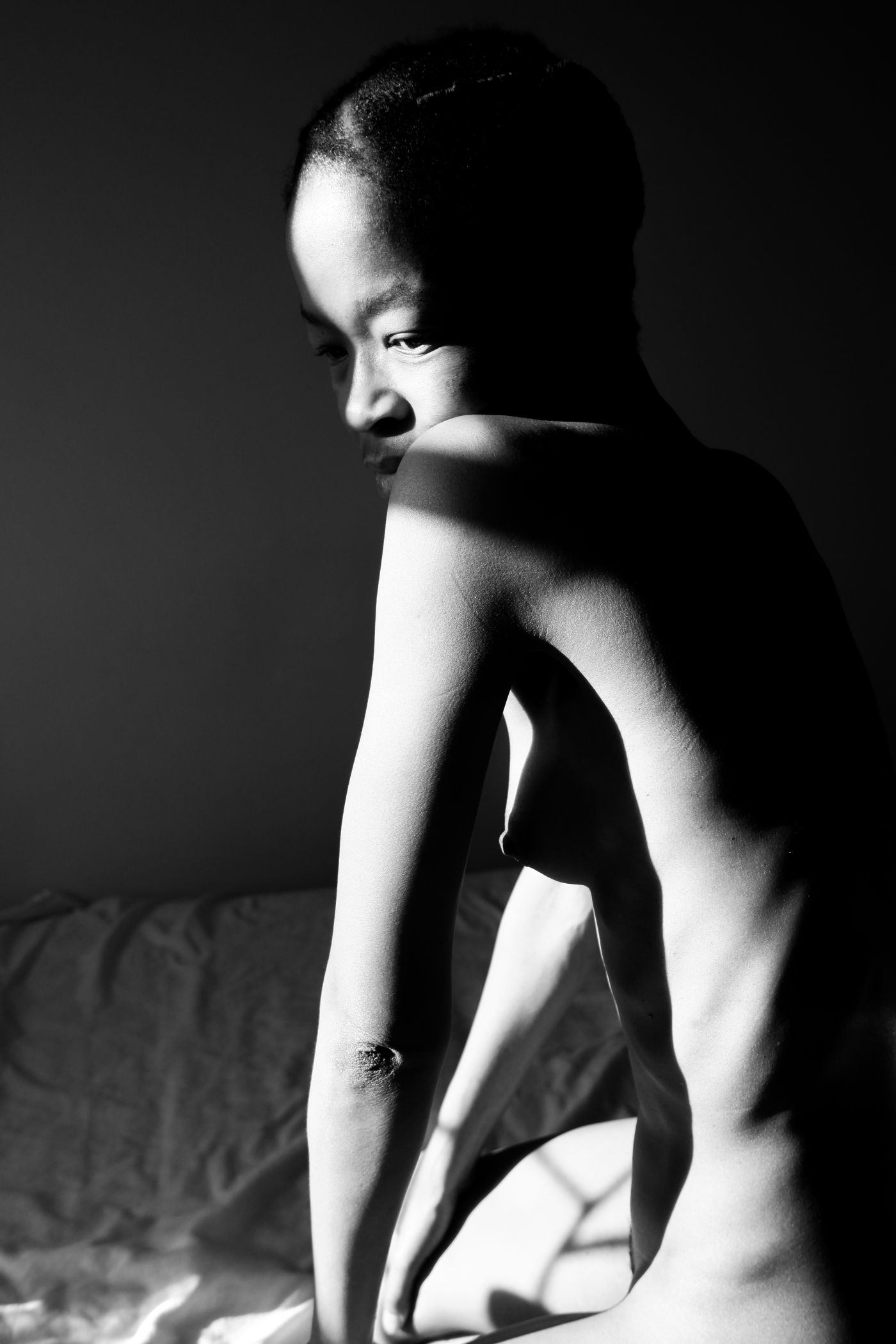 …in that empire, the art of cartography attained such perfection that the map of a single province occupied the entirety of a city, and the map of the empire, the entirety of a province. In time, those unconscionable maps no longer satisfied, and the cartographers' guilds struck a map of the empire whose size was that of the empire, and which coincided point for point with it. The following generations, who were not so fond of the study of cartography as their forebears had been, saw that that vast map was useless, and not without some pitilessness was it, that they delivered it up to the inclemencies of sun and winters. in the deserts of the west, still today, there are tattered ruins of that map, inhabited by animals and beggars; in all the land there is no other relic of the disciplines of geography.

Nonzuzo Gxekwa is a photography-based artist living and working in Johannesburg. She was born in 1981 and raised in eMnambithi, KwaZulu-Natal, and came to Johannesburg in 2006. Her new retrospective publication is a meditation on Johannesburg, its space, people and practices.

Nonzuzo’s work is the most contemporary in a radiating and long tradition of South African photography. It is a tradition whose ways have been illuminated by lighthouses such as Alf Kumalo, Ernest Cole, Andrew Tshabangu and many others working against particular sets of constraints and responding to particular sets of needs and sensibilities. Nonzuzo’s response to the call of this tradition is a redeeming and generous dialogue concerning Black people, deviance, love, and necessity. In this publication, Nonzuzo presents Johannesburg CBD as a site and a subject that is well practised at being home to the ambitions, beliefs and desires of Black people against every intention of Johannesburg’s cartographers and architects. 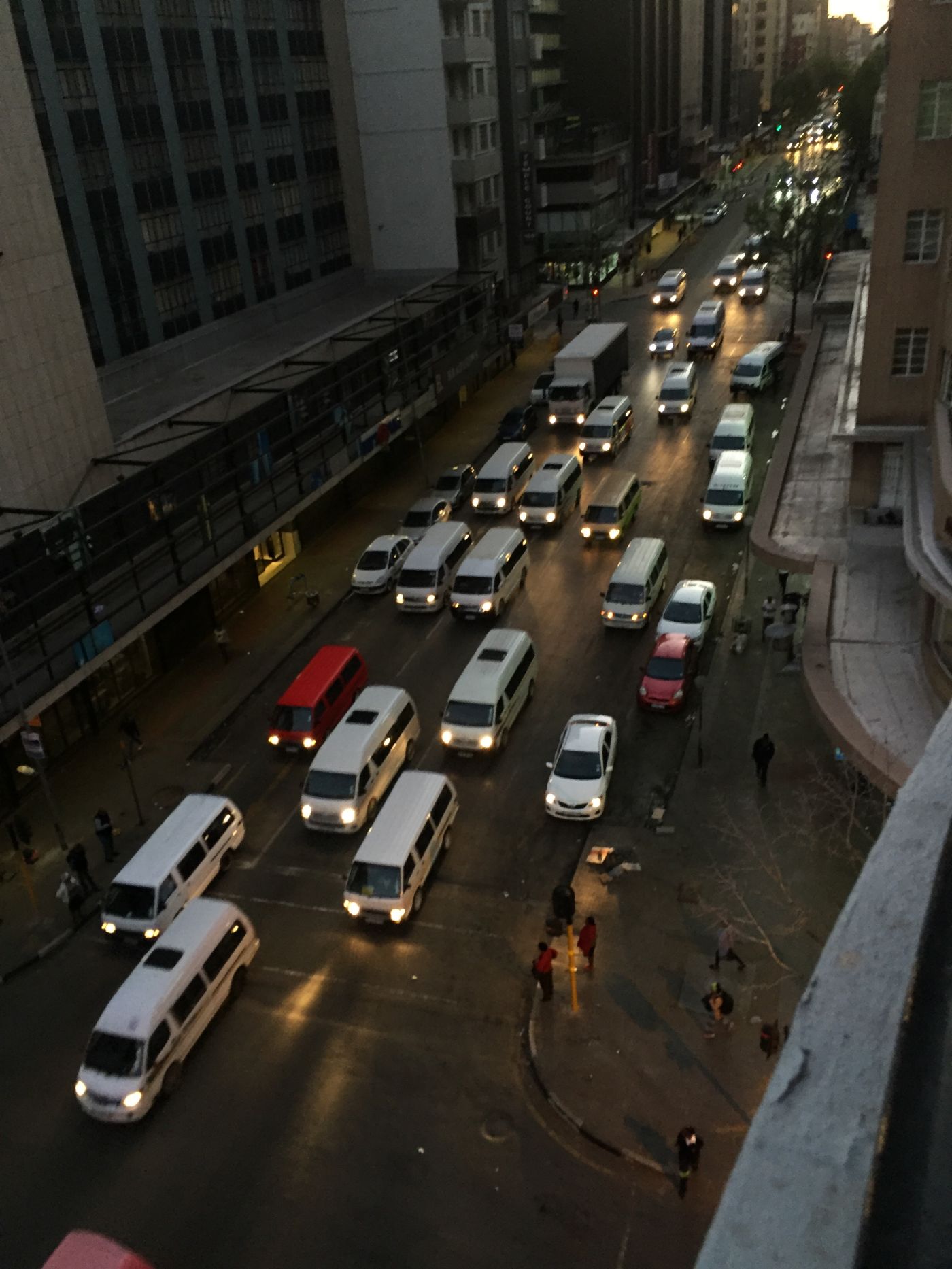 To talk about space in Johannesburg is to talk about the remains of a maniacal obsession with delineation, compartmentalisation, binaries and the notion of separateness. Johannesburg was founded in 1886 after the discovery of gold spawned a gold rush that relied upon cheap Black labour to succeed. When the townships of Soweto were founded in the 1930s, they would be placed on the other side of the mine dumps that acted as an abyssal line obscuring the view of the city, representing the end of the world and the beginning of the intended wastelands of South African townships. Under Apartheid, the city was declared a ‘Whites-Only area’. On one side of the mine dumps, the manmade forest of Johannesburg engulfs residents in a Jacaranda purple dream of Human Rights, constitutionalism and social justice whilst downwind from the dumps, the townships are set as a spaceless place of violence, social death and despair. White flight from the city began in the 1980s when the application of the racist Group Areas Act became lax and the urgency to vacate the city grew shortly after the collapse of Apartheid. That’s when Johannesburg City came to be understood colloquially as a ‘Black area’.

The failed Apartheid baasskap project sought to arrange and dictate all of reality and fix people into races, geographic locations, occupations, sexuality, and beliefs. It alleged to arrange people into hierarchies of being, divide and subdivide people and spaces into kaleidoscoping boxes of shame and power, powerlessness and sadism, and claimed that this was done in the name of God.

Today, between the dilapidated Victorian and Edwardian architectural buildings with pink blood stains in their window frames (rumoured to have been accidentally ruined by a guerilla art piece), moving through routes they keep pinned to the ground through repetition and iteration, you will see Black people in Toyota minibus taxis. There was a campaign some years ago that sponsored the sale of the Toyota Quantum to replace many old and unsafe taxis, but now and again you see a well-maintained 1989 Toyota HiAce 9-seater in candy red or the classic off-white with white walls on the tyres doing what it has always done - moving the lives of people. 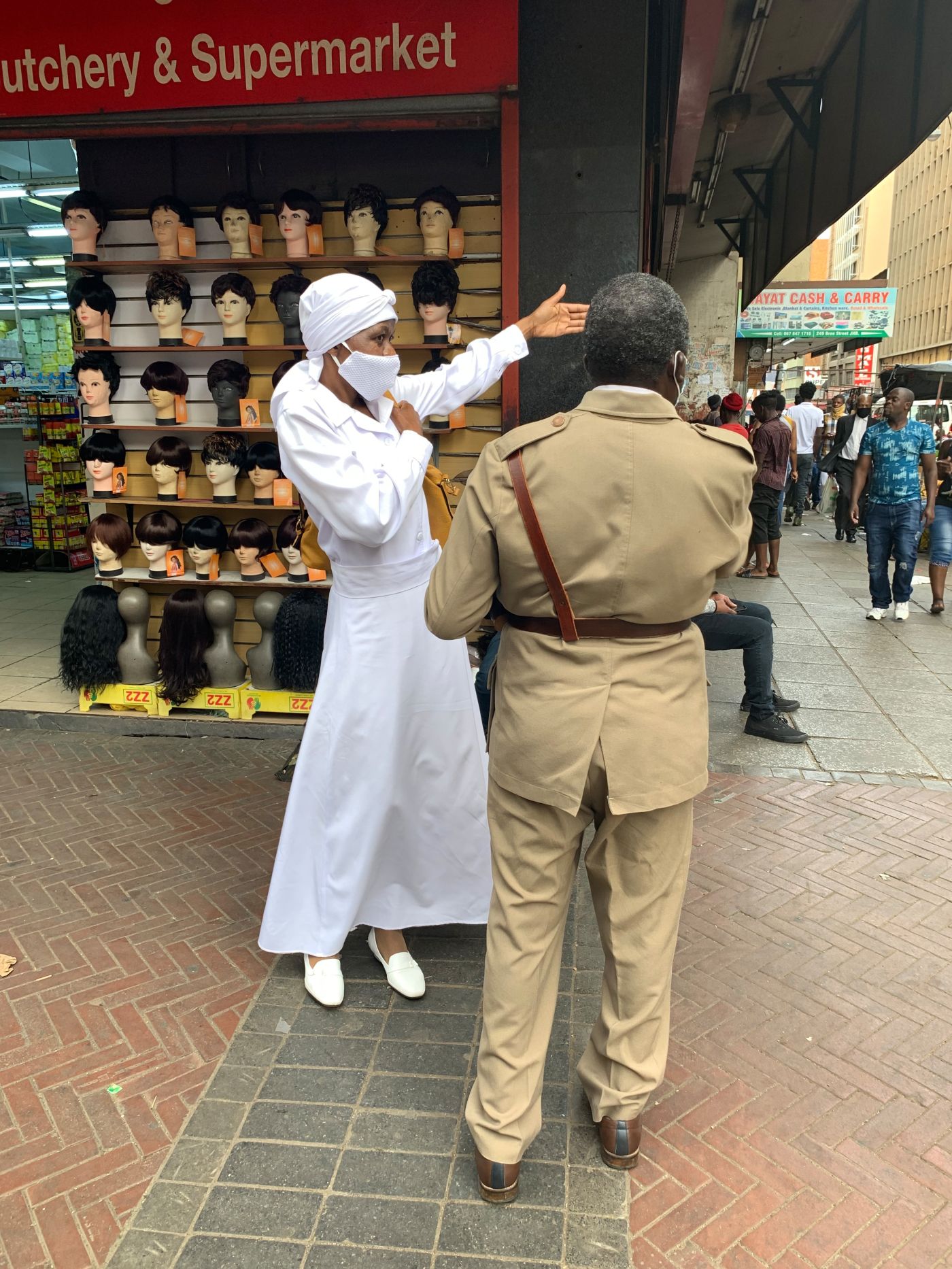 The minibus taxi industry in South Africa was deregulated in 1986 by the Apartheid government in blanket privatisation where they “issued permits like confetti”. The industry was deregulated in an attempt to destabilize race relations and cause public violence that would demobilise the movement to vote the Apartheid government out of power.  Today, taxis transport over 15 million people a day (one-quarter of the South African population), making an estimated R49-billion every year in cash.

Nonzuzo’s work arranges these narratives - concerned with the power of the state, the objectification of people, their precarity and will to live - specifically to demonstrate people’s attempts to configure new grammars and tenses of being that neither demand humanity, nor freedom, nor love. Instead, her work witnesses people refusing to recognise any authority that claims to reject them from humanity by prefiguring a liberation that is yet to come and rejecting all that has been rejected them in Johannesburg City.

In an environment as hostile and confrontational as Johannesburg City, the artist presents to us counter-narratives that are aware of how the political is personal. She shows us queers enjoying elusive sunlight in what might be a small Braamfontein apartment, an elderly woman likely on her way from church and walking between the train tracks beneath Mandela Bridge, people pursuing God in a park behind the Telkom tower, and taxi drivers moving the lives of people through the city. Against the spectre of dehumanising Pass laws, haunted by the old John Vorster Square building and street names that conceal ghosts, through her subjects, Nonzuzo demonstrates how we make each other human in the city. She captures the liminal space created by people between the map and the empire of the map in which people have come to become something, to run from something, to kiss and fuck and plot, to sit and eat, to think, hide, to express themselves and be recognised as a necessary part of the whole. 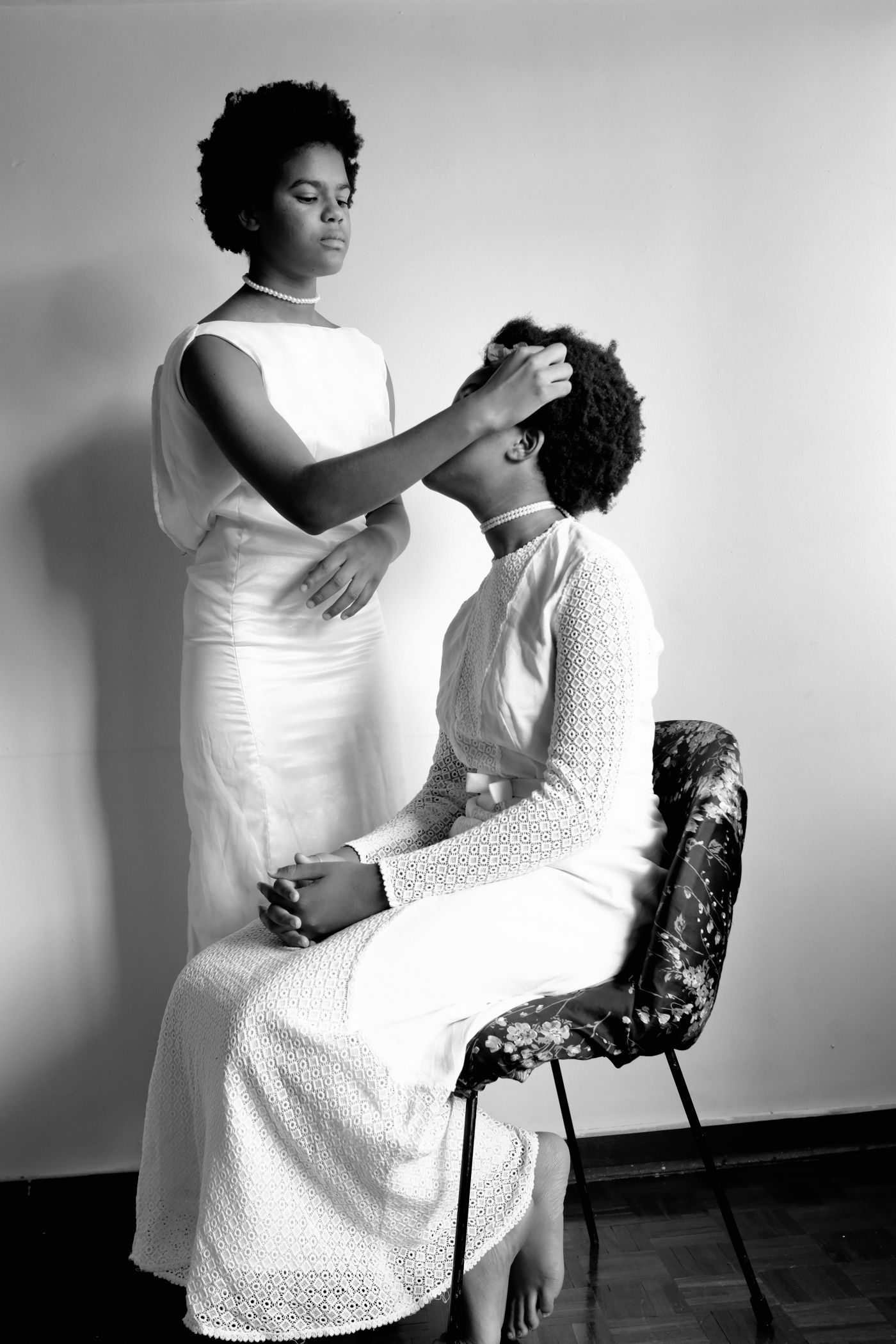 Amongst everything that Johannesburg means, Nonzuzo shows us two people, assumed to be a man in brown and a woman in all white, both in seemingly religious outfits. One imagines the man greeted with concerted respect when he said “sanibonani”  and she honoured this recognition by replying “yebo, sanibona” before he asked for directions to Noord Taxi Rank. As she points the way out, she wraps him in dignity and certainty, she makes a future for him and shows him the way. You can imagine the warmth of his gratitude, maybe he bowed a little, making himself that much smaller so her head was above his before following her instructions.

This is why Nonzuzo’s work is so important. She delivers a critical evaluation of the philosophy of ‘Ubuntu’ that rejects it as a neoliberal rhetorical device that pacifies the cause for freedom but instead shows us that it is a litmus test that measures and produces humanity. Nonzuzo’s work shows us how we are able to turn to the philosophy of Ubuntu to replenish that humanity which has been vandalised in us.

Exploring Nonzuzo’s work, one might consider the ways that history and geography intervene in how we make our present; what survival and thriving tactics are employed by Black people to navigate anti-Black physical and social architecture; How is one able to meaningfully participate in the production and replenishment of humanity in spaces that vandalise it;

This publication, then, cleaves open the prospects of redemption for everything Johannesburg City has done to the integrity of psyches, to the colour of our blood, to lovers, to children, to bone mineral density, to women, to them and to us. This is how we can make each other human again. 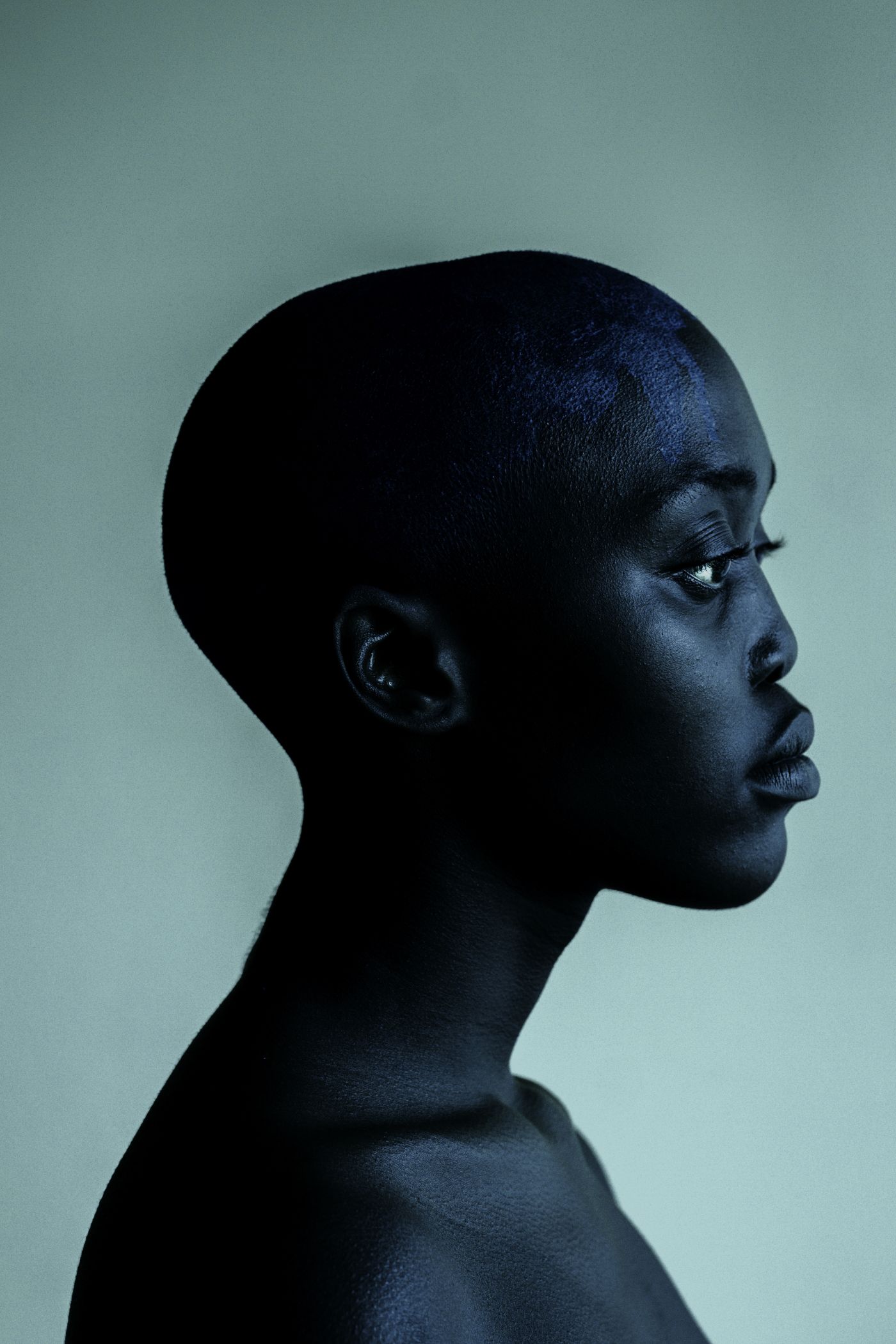 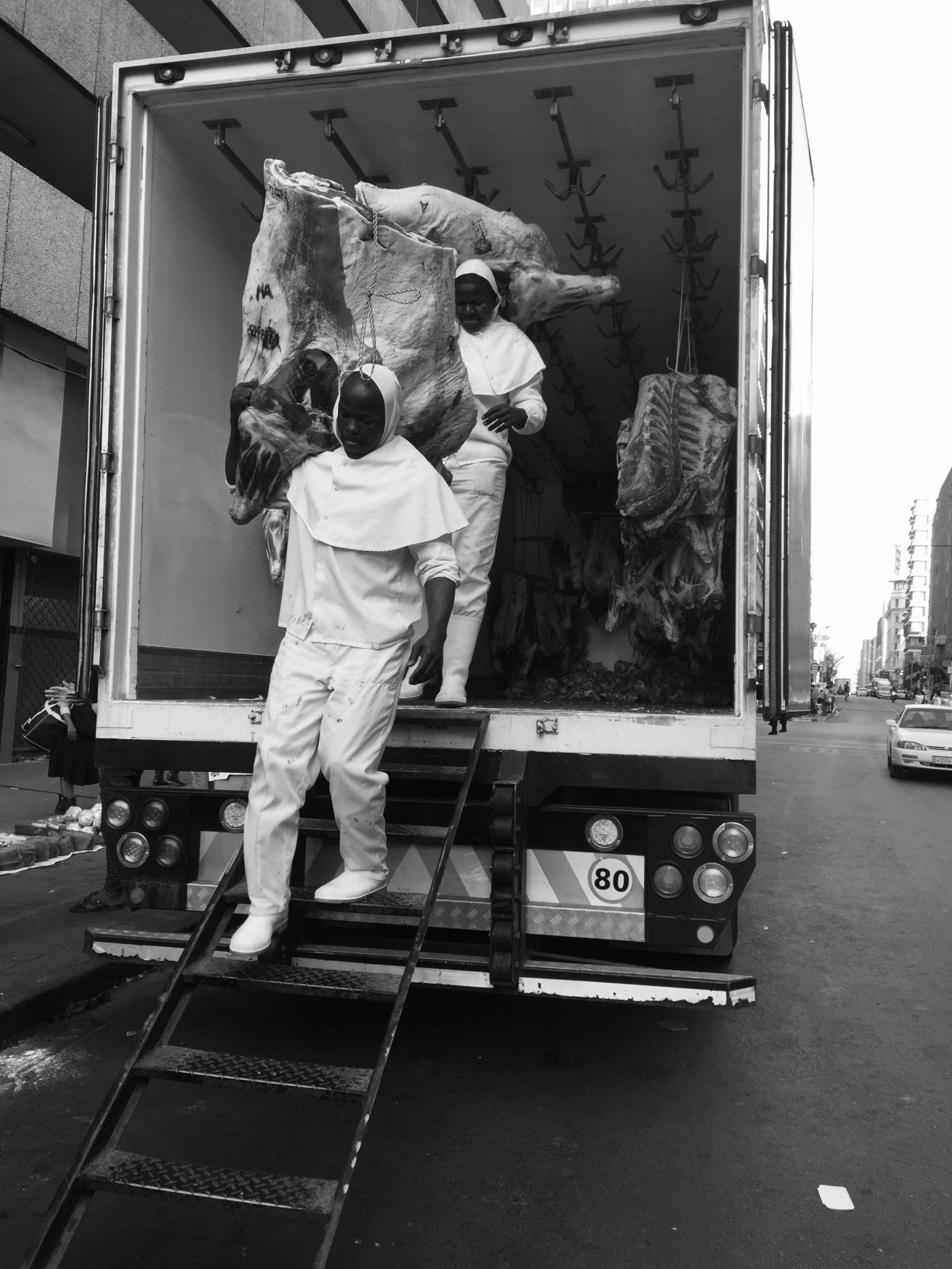