Former US President Barack Obama's address at the 16th Nelson Mandela Annual Lecture left the audience with much food for thought about how to achieve a better future, and how young people will live out Madiba's legacy. This is what they had to say. 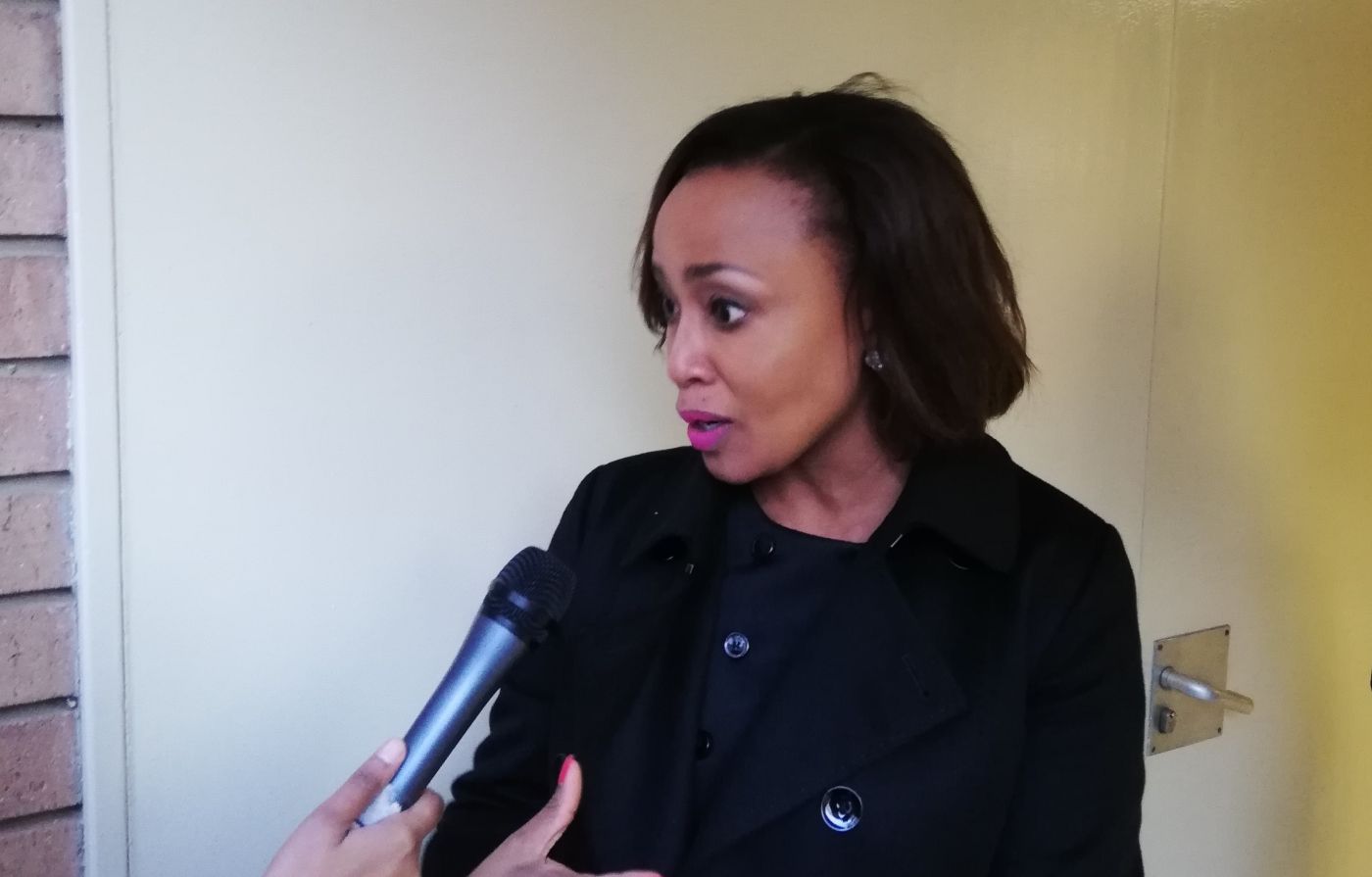 “I thought it [the lecture] was highly inspiring. I feel that he called to our best selves. He inspired us all to begin to reflect and dig for the Madiba in each of ourselves. But beyond that, to try to see how best we can try to help South Africa reach the potential which we all speak of.

“There was a time in South Africa that we spoke of the country being alive with possibilities and there’s been a period where we were not certain if perhaps that was something that could be realised, but I think that there’s a resurgence of that spirit and I feel that arising from this talk, if you don’t find out how you as an individual, as a South African, how you can play a part in realising those possibilities, then I think you would’ve missed one of the greatest gifts that he’s come to give us.” 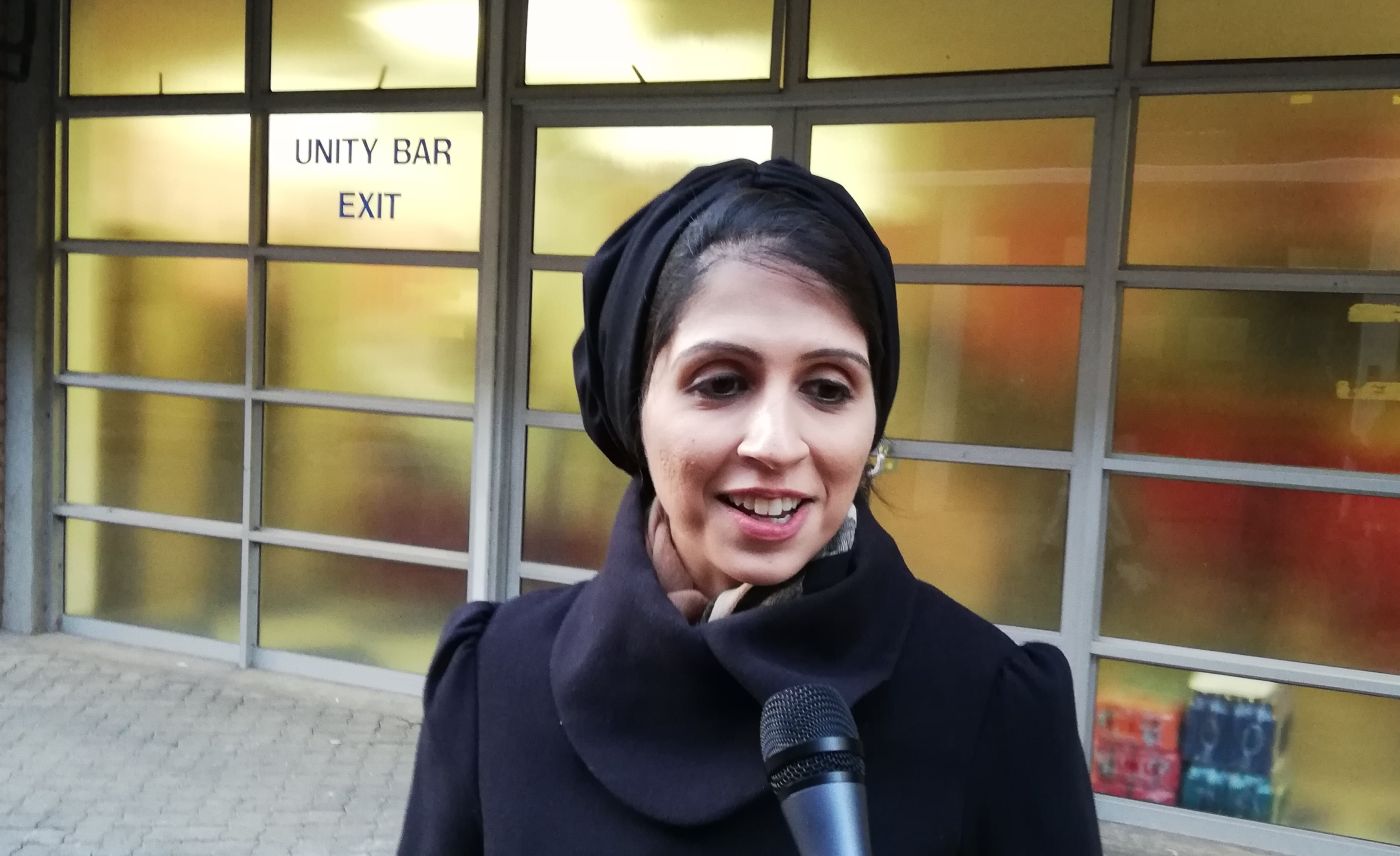 “I thought that Obama’s speech was very current on what’s happening in the world, and the economic climate and the political climate, and he didn’t buff it up. He was direct – it was real, it was authentic and we need more leaders like that emerging in the future.” 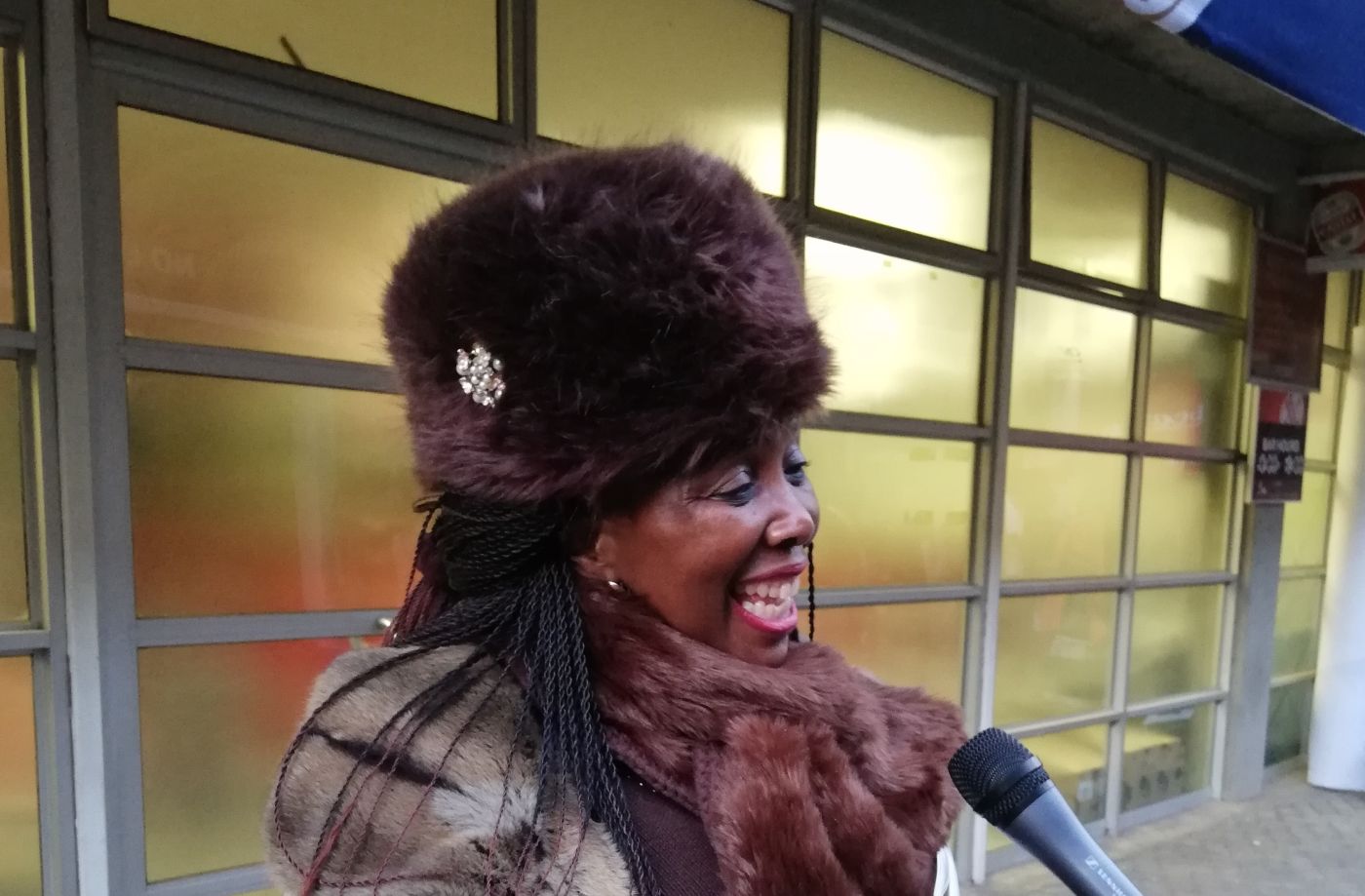 “I think he’s a world icon ... so it wasn’t specifically for South Africa. He emphasised knowledge pertaining to young children. That they must carry the baton, and they must emulate Mandela. He repeatedly said, ‘You know what, you young ones, you can do it!’ And I also believe that – that now is the time for the young ones to carry the baton and move on.” 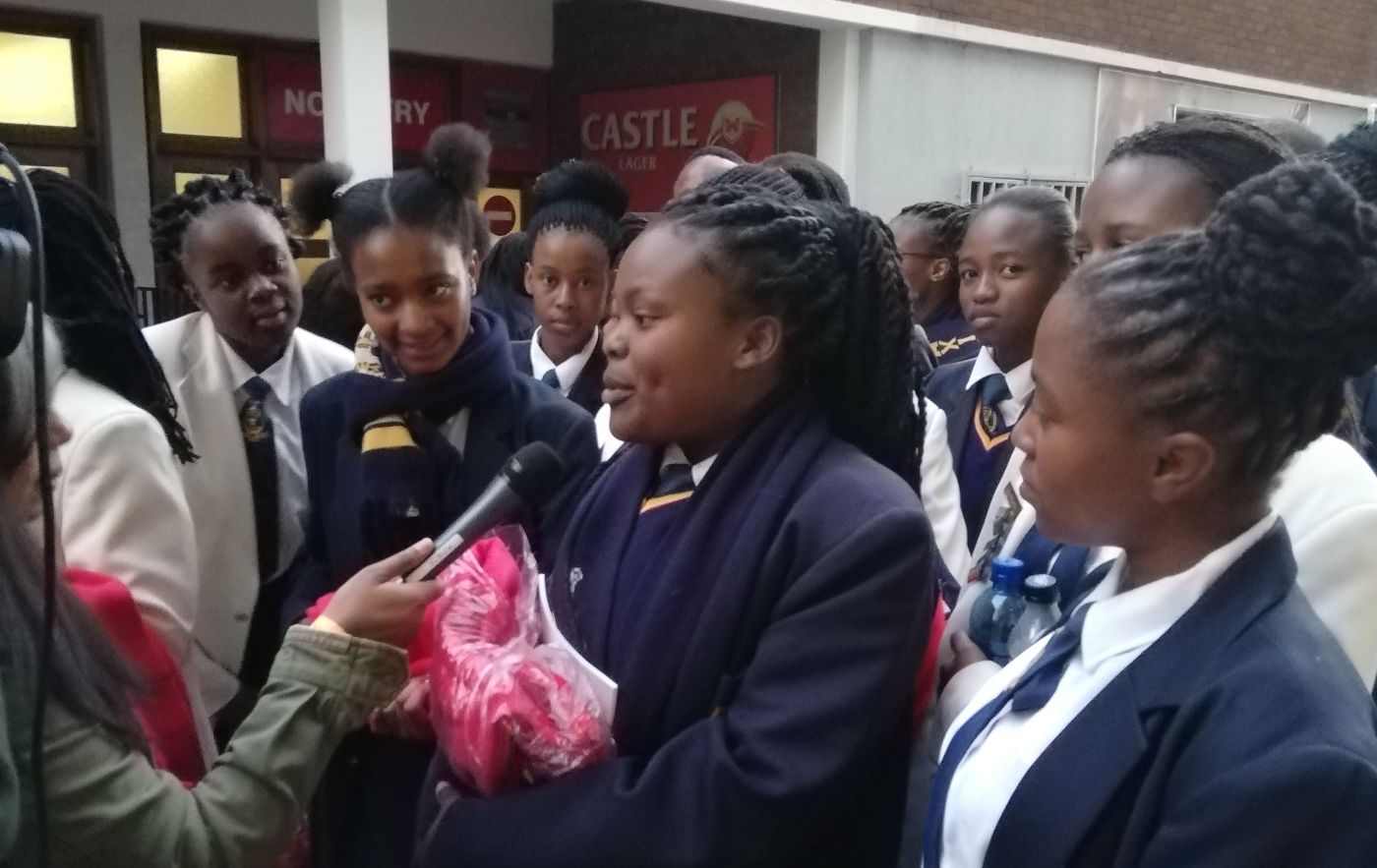 “I think that as young people, we should also learn from what Barack Obama said about women empowering men and knowing that men should not overpower us, but actually we should be equal.” 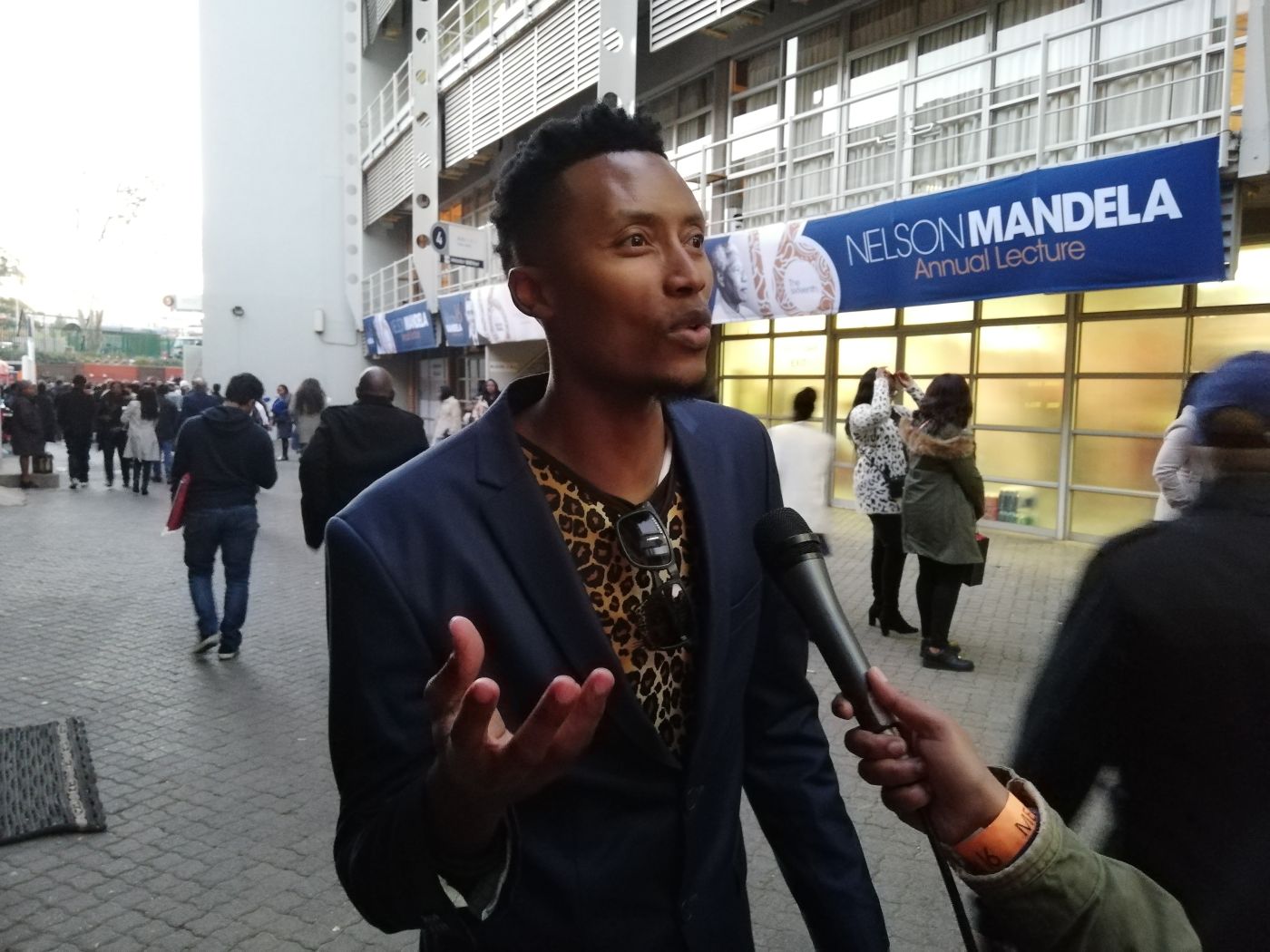 “He is a leader that reads. He knows our history as South Africans and what we went through. So you could identify a lot with whatever he was saying, and most of the things [he said]. The lecture was just amazing. It was electrifying, it was beautiful, funny, it was witty here and there. It was amazing, it was beautiful. And also, as an African child, I’m encouraged to go to school and study and learn, and become whatever that I want to be – because I can.” 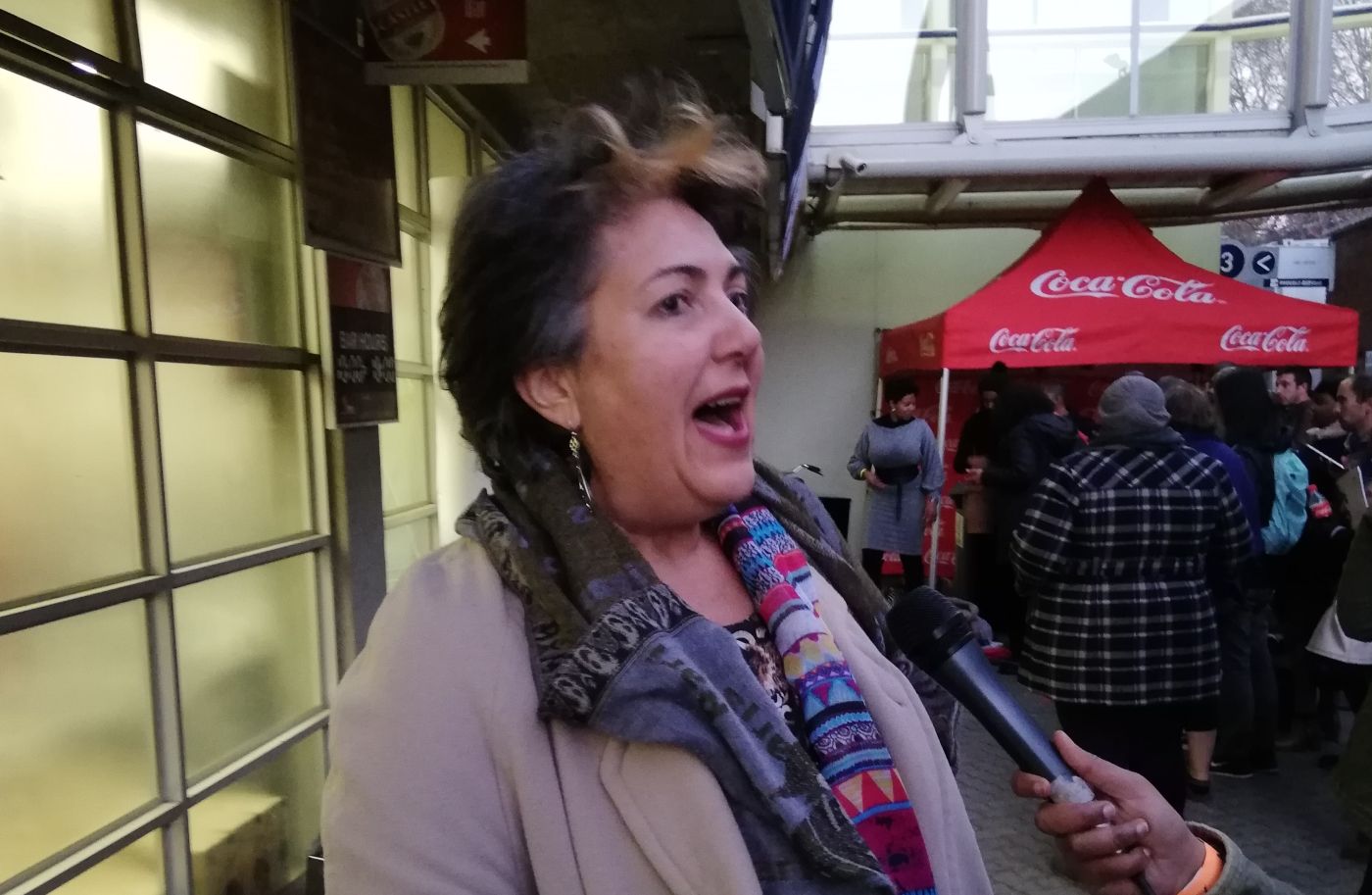 “I was blown away, and I’ve been given new hope. I wish more people had come to see this to experience the spirit of hope and reconciliation that is in South Africans. I think South Africans are full of love, and today it was very palpable for me.” 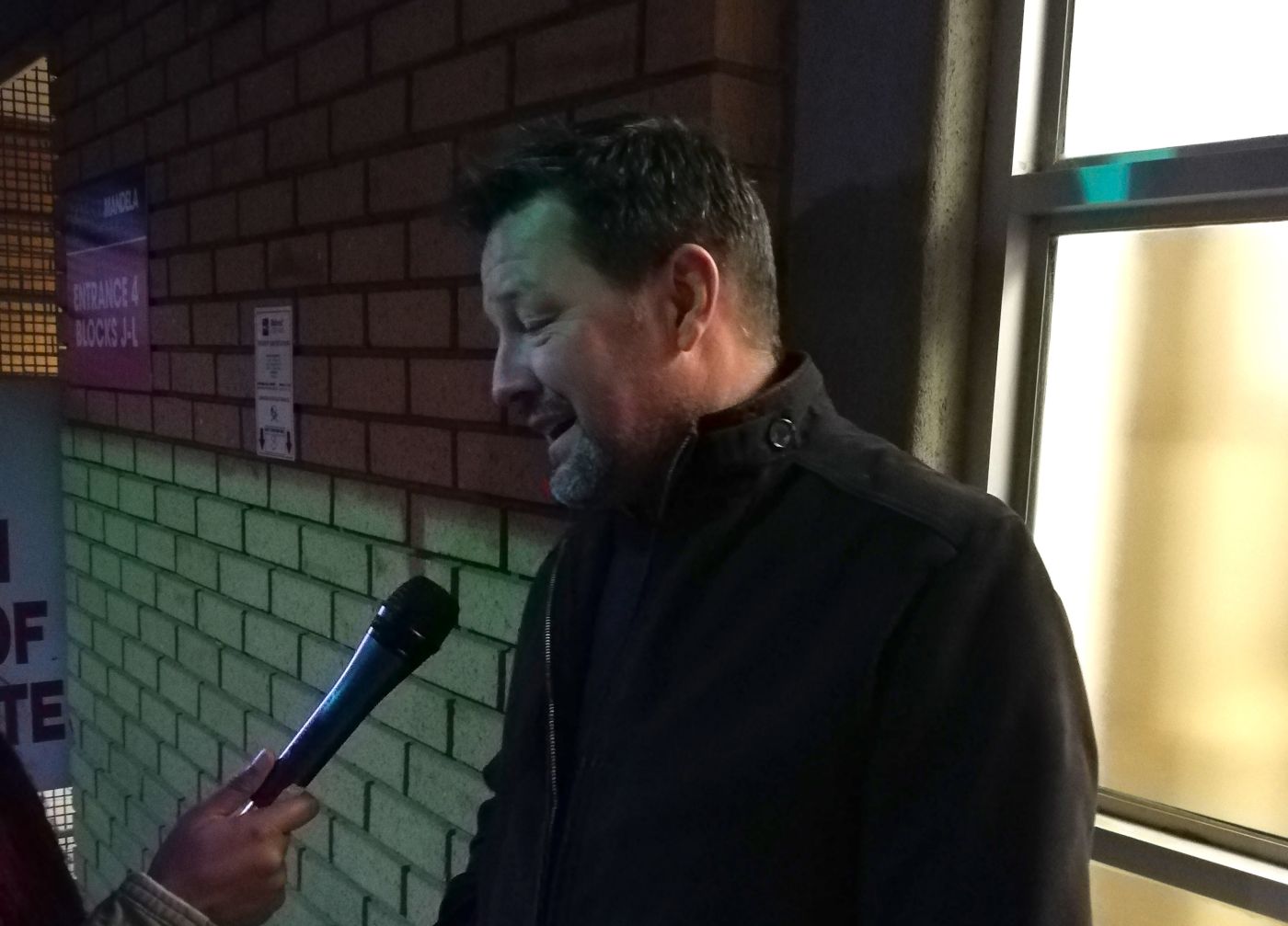 “I thought it was amazing. It was a lot more casual than his last address. It felt like a fireside chat, and I thought it was amazing. I think there’s a lot of inspiration. There were very sobering messages about the world as it is now, and there’s a lot of inspiration to be had from it about people organising from the grassroots level to dictate their own future.” 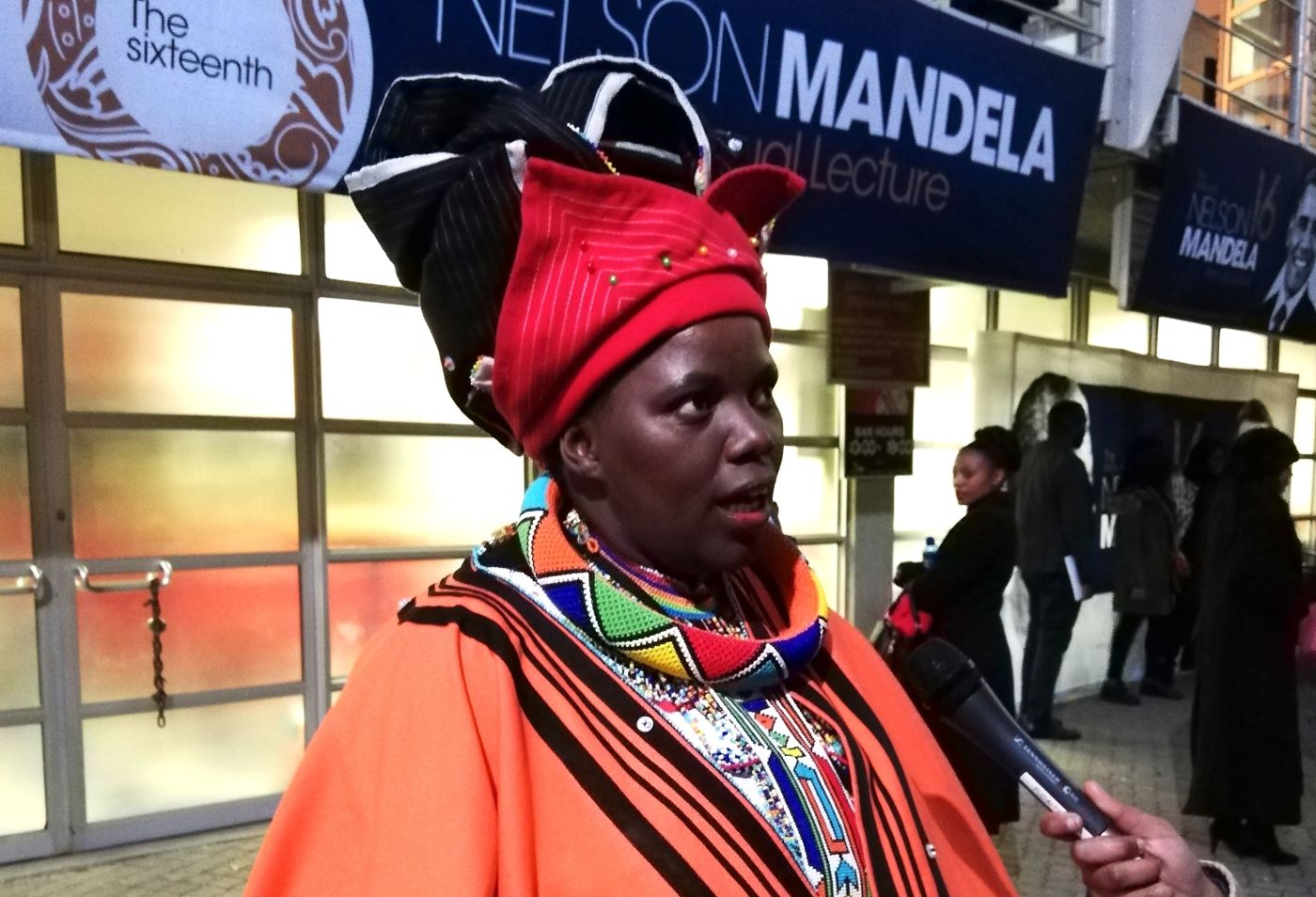 “I think the lecture was very good. I believe as South Africans, as young people, we still have a lot to do in terms of reviving the legacy that Nelson Mandela left. So I think we need to be a society that gives. A society that advocates for education, especially in foundation phases, especially in neglected areas. As a society we have a responsibility to groom our young people, to groom our sisters and to give back. I also want to call upon the leaders – they should not just lead a nice life and not be giving.” 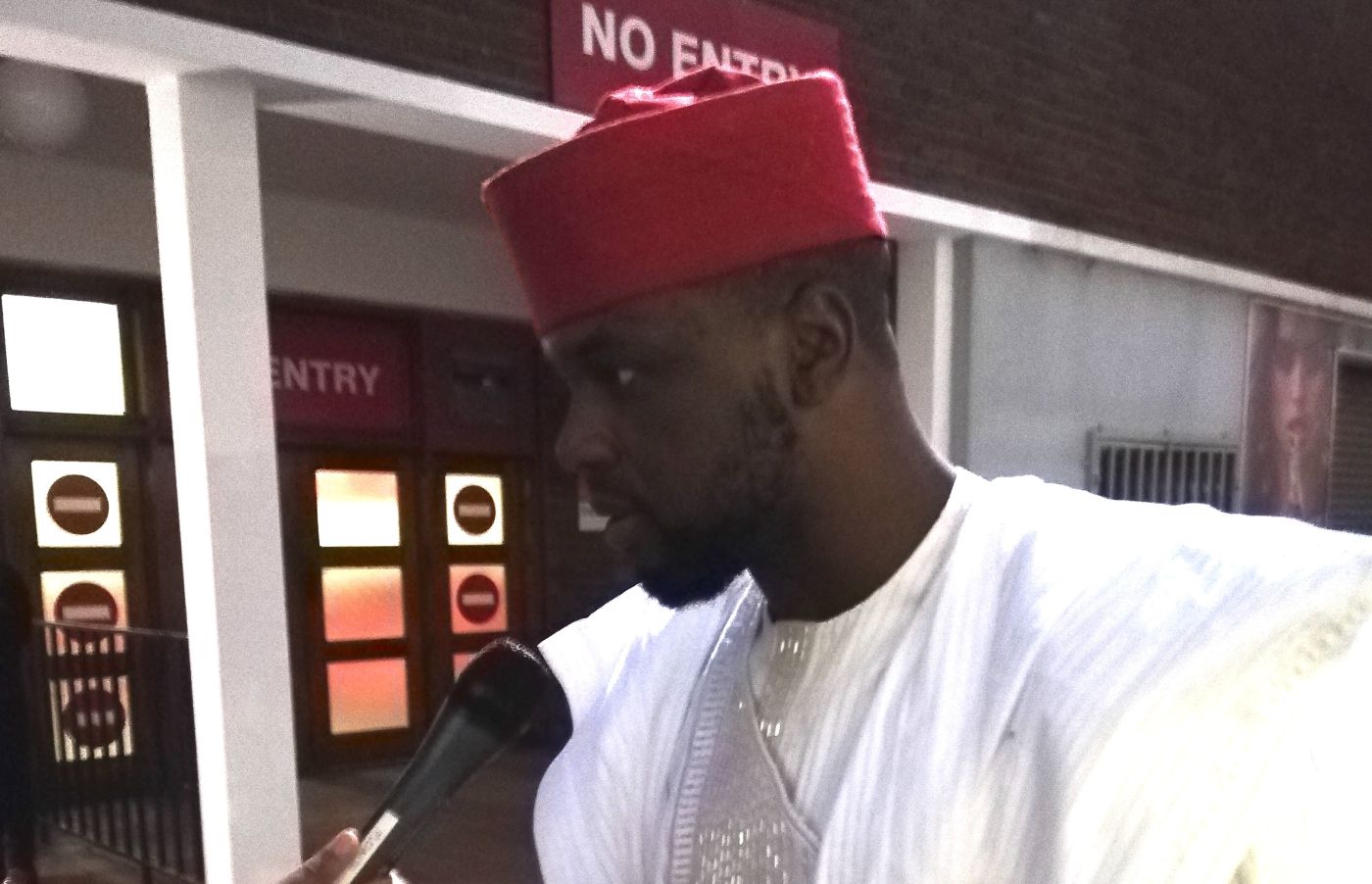 “He was like a generational moment, from one to another. And I was inspired as a young leader who is working on the continent to build a new generation of young people who can build an ideology that can help us be creators, be inventors, be innovators and at the same time be one as a continent.” 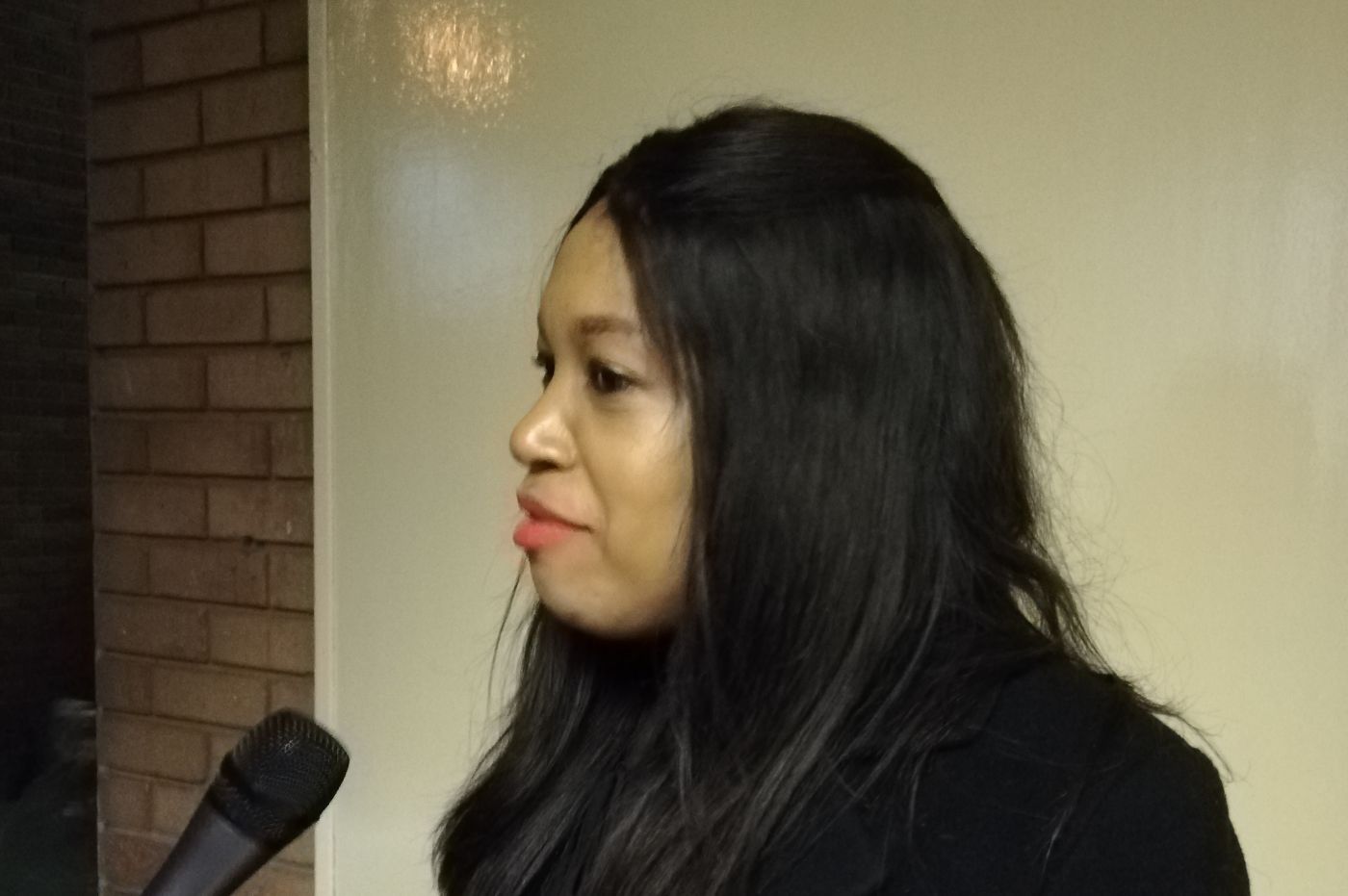 “It was quite overwhelming, for those of us who look up to Obama and Nelson Mandela. I learnt that as young people we still have to engage more, we still have to strive. There’s still a lot that we need to transform. We don’t have to fall into trends of what has been done. We can apply innovation and change the status quo and social issues that we have as young people. There’s still a lot that we can do.”