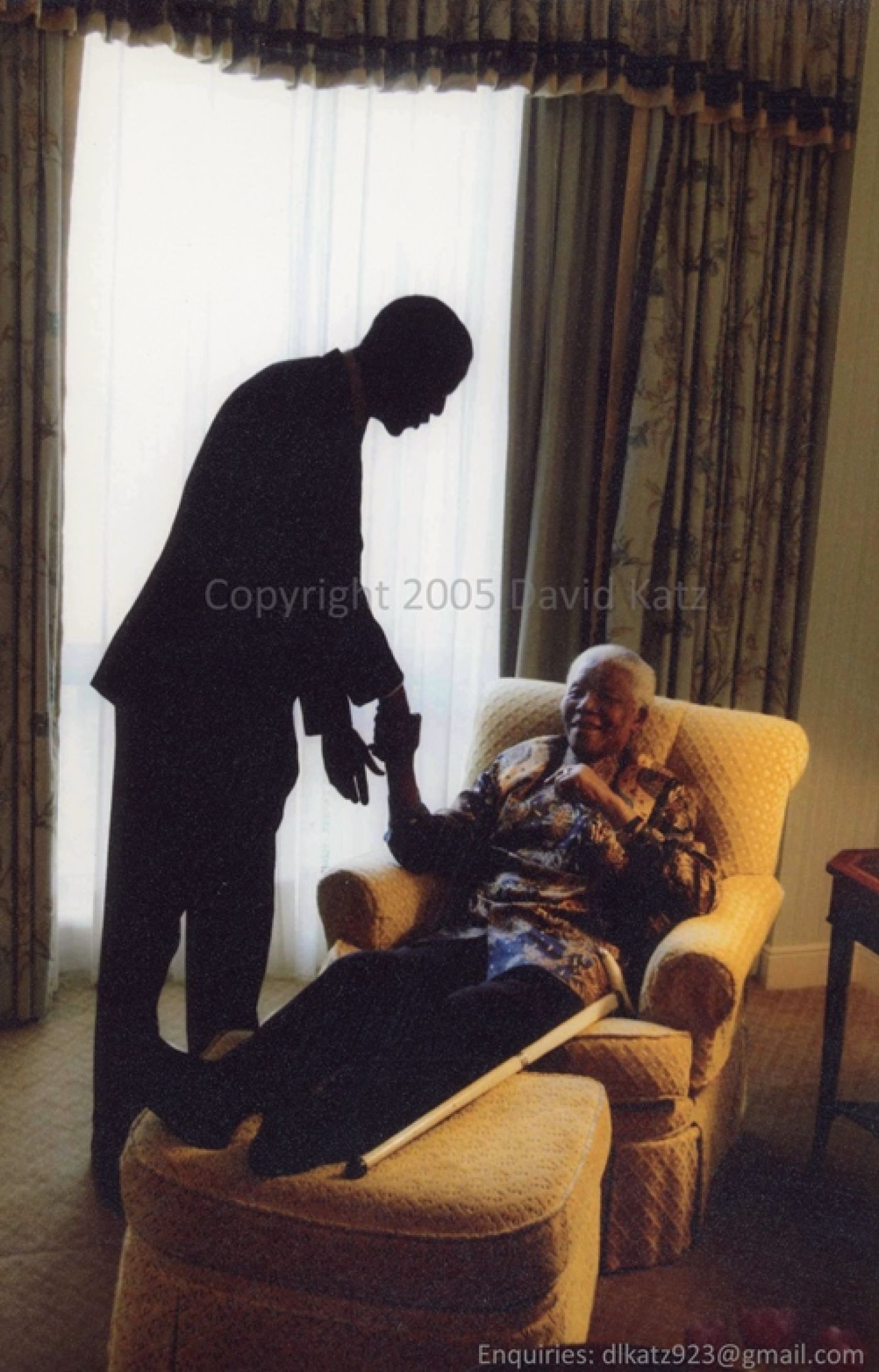 A PICTURE of Nelson Mandela’s only meeting with US President Barack Obama has pride of place behind the South African icon’s desk, alongside a photo of Muhammad Ali.

This week, archivists at the Nelson Mandela Foundation admitted they had “no idea” the two men had ever met — until Obama sent the photograph last year, inscribed with the words “An inspiration to us all”.

Madiba is recovering at his Houghton, Johannesburg, home after spending two days in hospital for respiratory problems last week. The foundation said original records or artefacts relating to Mandela’s life existed in about 200 collections around the world. It has embarked on a massive project to track and record them.

Verne Harris, Mandela’s chief archivist, said: “Madiba was an obsessive record keeper. We’ve been to the US, Canada, Ireland, the UK, Namibia, Swaziland, Ethiopia, Tanzania and Botswana. We’ve been documenting all these bits and pieces, wherever they might be, to document what they have, that they’re secure, and that ultimately they become available to everybody.”

Downstairs at the foundation — lying unlabelled on top of an obscure, glass-encased gift — is a portrait of a young Mandela by South African artist Marlene Dumas, with the words: “Would you trust this man with your daughter?”

Harris said Mandela “chuckled” when the portrait — “one of the best ever done” — was given to him by the artist about a year ago.

In the archival room next door, rows of cabinets hold everything from Mandela’s 1929 Methodist church membership cards at age 11 to the passport he was issued after his release in 1990, dense with entry stamps.

A 1986 Satour calendar has many scrawled entries by Mandela, including this: “had 80 minutes special time with Zami (possible reference to Winnie) and Zinzi. Spent another plus-minus 48 minutes with a very important personage — General Obasanjo. Prior to all of this I saw a film: Boetie Gaan Grens Toe (Little brother goes to the border).”

The National Archive in Pretoria and the Presidency hold roughly half the total collection between them but, said Harris, other “gems” were held everywhere from Standard Bank’s archives to the private collection of businessman Douw Steyn.

Harris said the Obama photograph belonged to Mandela and was “not technically” part of the foundation archive.

After it was presented by the US ambassador last year, Harris learnt that it had been taken in Mandela’s room at the Four Seasons Hotel in Washington, DC, in 2005,  Obama a little-known junior senator at the time.

“There is no archival record of that meeting that we’ve been able to locate, apart from this photograph,” he said. “The meeting was not part of the schedule, but someone said, ‘Madiba, look, you have to meet Senator Obama . He said, ‘Great I’m happy to do that.’ Zelda (la Grange, Mandela’s executive assistant) said, ‘The only time you have in your schedule is in the next few hours, so it’s now or never.’ Phone calls were made, and Obama came over to the hotel — a brief meeting. (The photograph) was taken by one of the people standing around.”

The only public comment by either leader about the meeting was Obama ’s remark to the Chicago Tribune in December 2005 that: “Meeting Nelson Mandela was a powerful moment.”  Obama ’s first political moment involved Mandela 30 years ago, when he stood up to address an anti-apartheid student rally in California.

Harris said of other documents: “(Mandela) would sit in ANC meetings between ’90 and ’94, and he did almost what a minute taker would do — make notes of what everyone was saying, in his own hand. For example, remember when he called for the voting age to be reduced to 14? He’s sitting in a National Executive Committee meeting, and notes “JS” (Joe Slovo) saying this was a reckless statement. He writes at the bottom: ‘Conclusion — I have made a grave error of judgment.’ ”