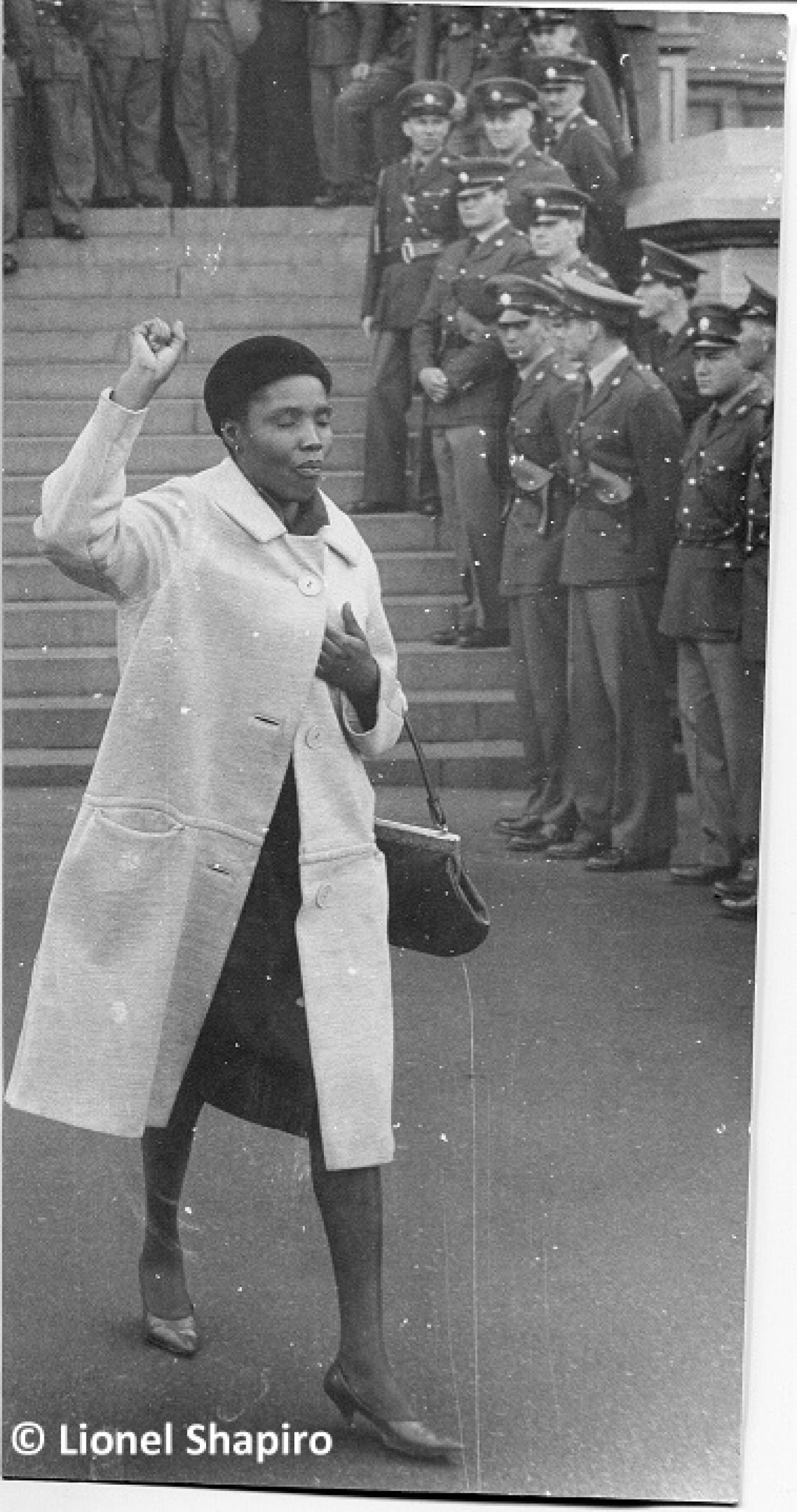 Lionel Shapiro's photograph of the late June Mlangeni, the wife of Andrew Mlangeni

On Friday 12 June 1964, eight men stood in the dock in the Palace of Justice in Pretoria awaiting their sentence on sabotage charges.

They were all expecting to be sentenced to death for their role in the African National Congress’ armed struggle.

“The menacing shadow of the gallows stalked us in and outside the courtroom throughout that trial. In prison one lived in a pervading atmosphere of the death sentence. Prison officials, maliciously or otherwise, went out of their way to constantly cast such shadows in my path,” Nelson Mandela wrote later in prison.

On the day of the sentencing a large crowd had gathered in the street outside the court in support of the men who had been tried for eight-and-a-half months in what had become known as the Rivonia Trial.

“It was a tense moment when the judge finally delivered his sentence, it was a source of encouragement to see that it was not the accused in the dock who were visibly nervous but the judge himself,” Mandela wrote.

“The whole of South Africa and the world tensely awaited the verdict and the unprecedented step was taken to have it broadcast directly from the court. The judge’s voice was barely audible as he pronounced  sentence of life imprisonment and quickly left the court. Among the spectators there was a sigh of relief and many hurriedly left the court to convey the news to the excited throng outside.”

The eight were relieved. 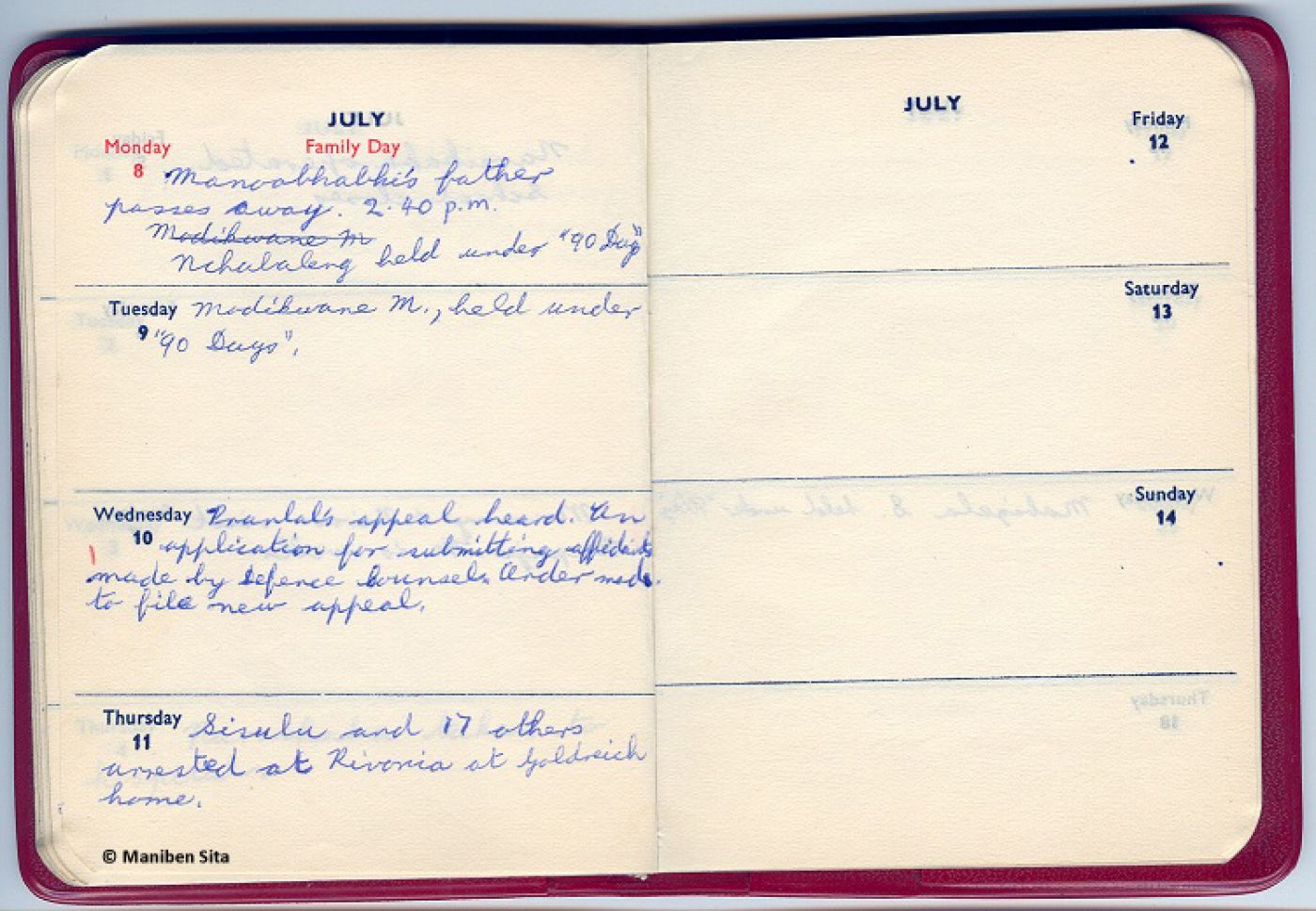 Maniben Sita's diary. Read more about this hidden treasure in the downloads below

For their families in the court it was difficult to witness their loved ones about to be sent to jail for life. In those days in South Africa, life meant life. But at least they had life.

While he photographed the crowd and the accused in a van heading for jail, a young university student, Lionel Shapiro, also captured family members leaving.

For years, one photograph stood out for Shapiro. He had been unable to identify a young woman leaving the court. Only after Shapiro had donated these photographs to the Nelson Mandela Foundation in 2014, archivist Zanele Riba made some enquiries and recently discovered who she was.

It was the late June Mlangeni, the wife of Andrew Mlangeni, who was delighted to discover the existence of the photograph of his wife. “Oh look at how brave she is,” he said. He confirmed that the “beautiful”, “lovely” woman was his wife. 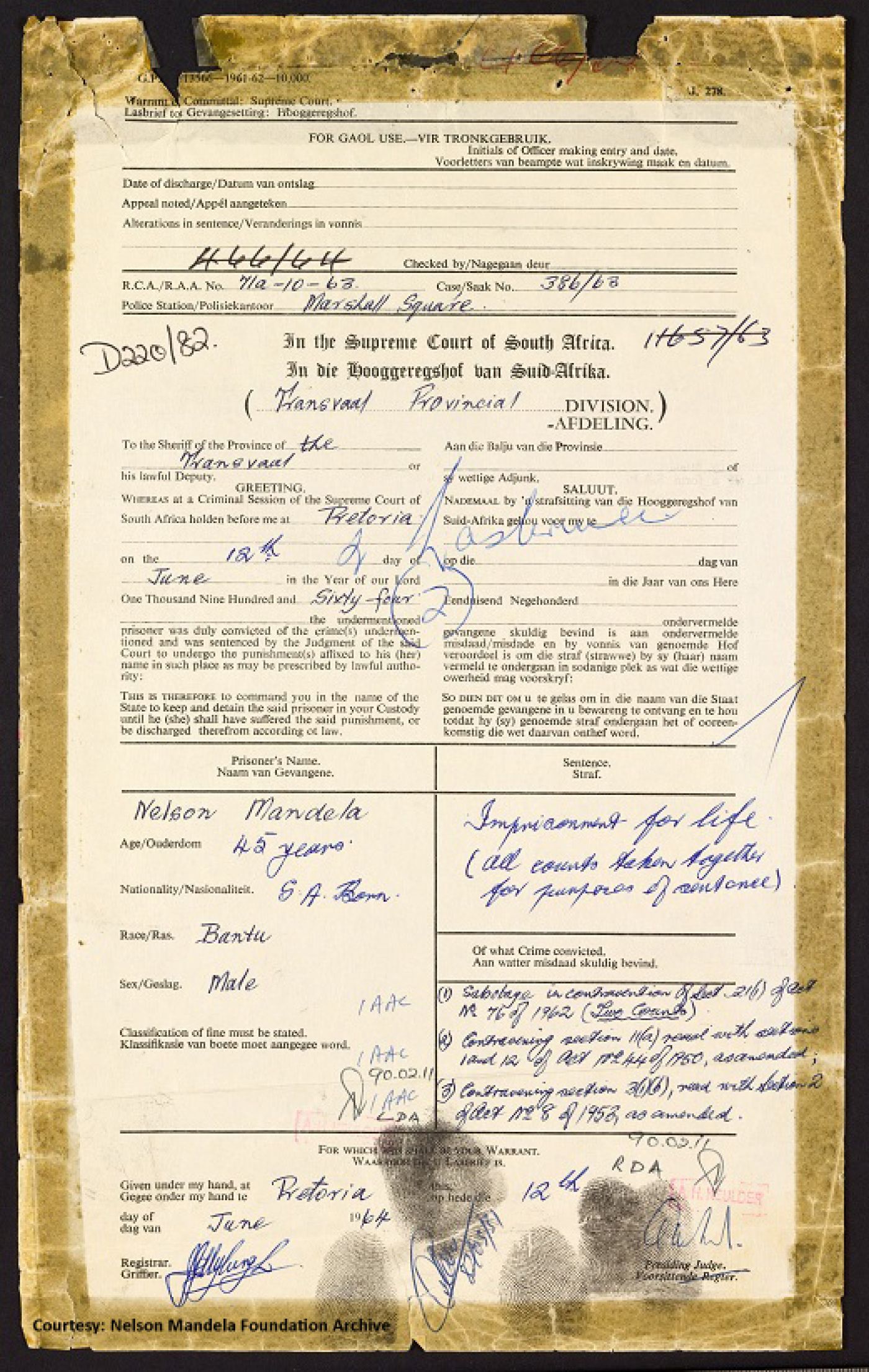 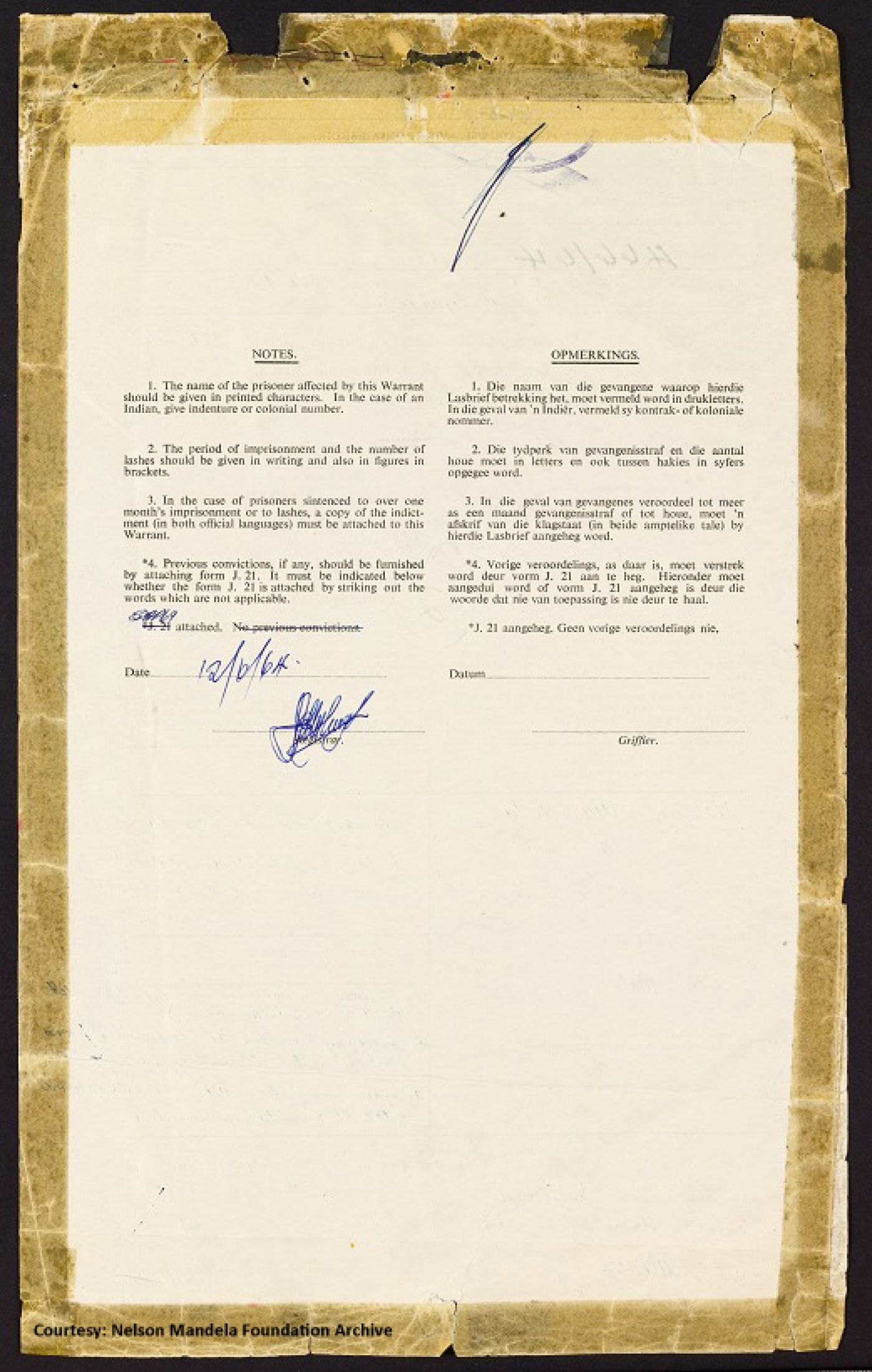