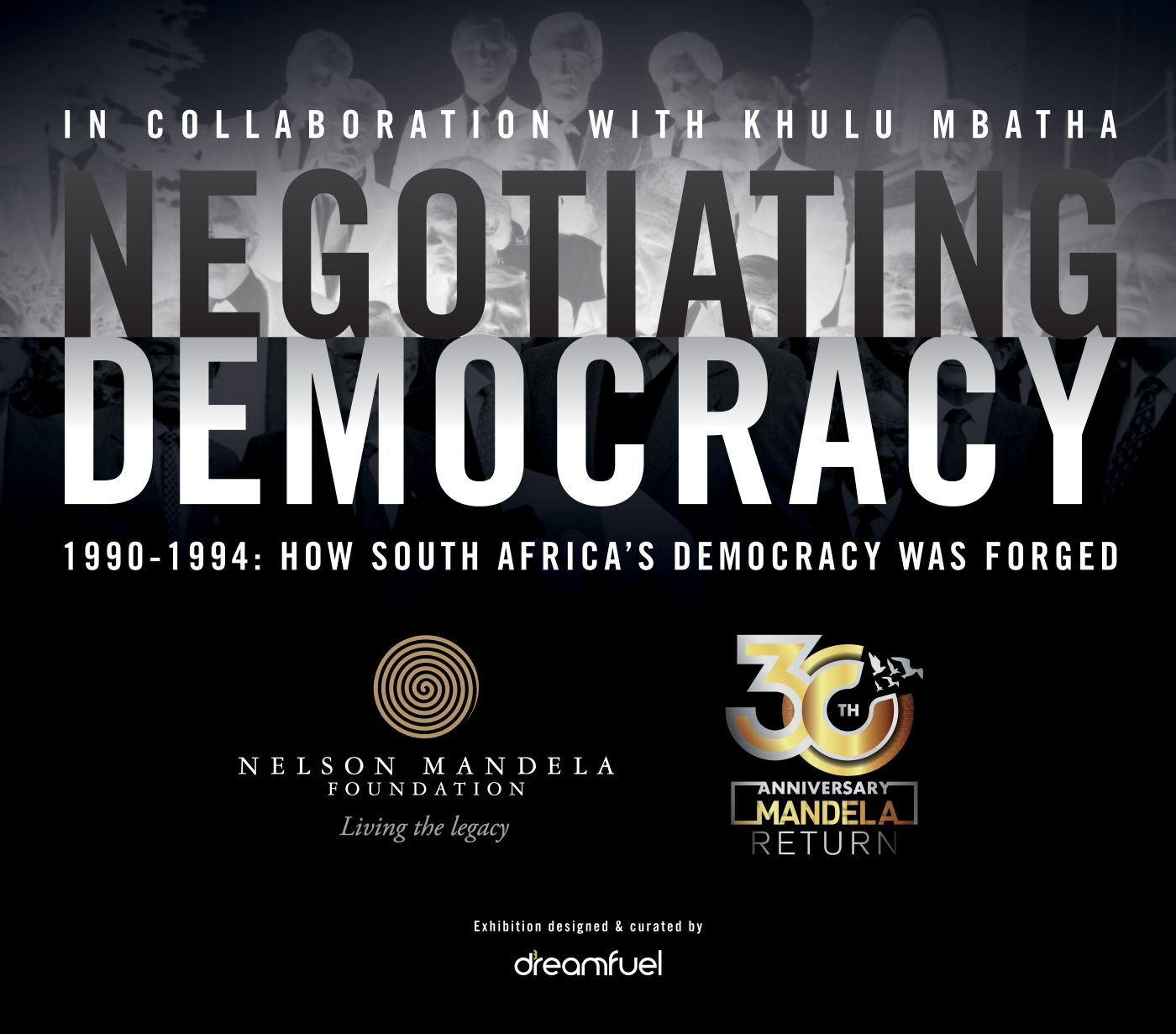 The 2nd of February this year marked the 30th anniversary of the unbanning of the liberation movements in South Africa and the inauguration of the country’s transition to democracy.  Today there are public discourses which question the negotiation process, critique the compromises that were made, and even portray Nelson Mandela as a sell-out.

For 2020 we proposed a travelling exhibition in collaboration with African National Congress (ANC) veteran and author Khulu Mbatha, but due to the lockdown we have instead put together an online version. His collection of photographic images of ANC leaders in 1990 will form the fulcrum for a reflection on the negotiation process. Deep use have been made of the O’Malley archive, especially the interviews with those who appear in Ntate Mbatha’s photographs. In the research phase Ntate Mbatha invited these leaders to engage with their earlier interviews and then reflected on them from the vantage point of today.