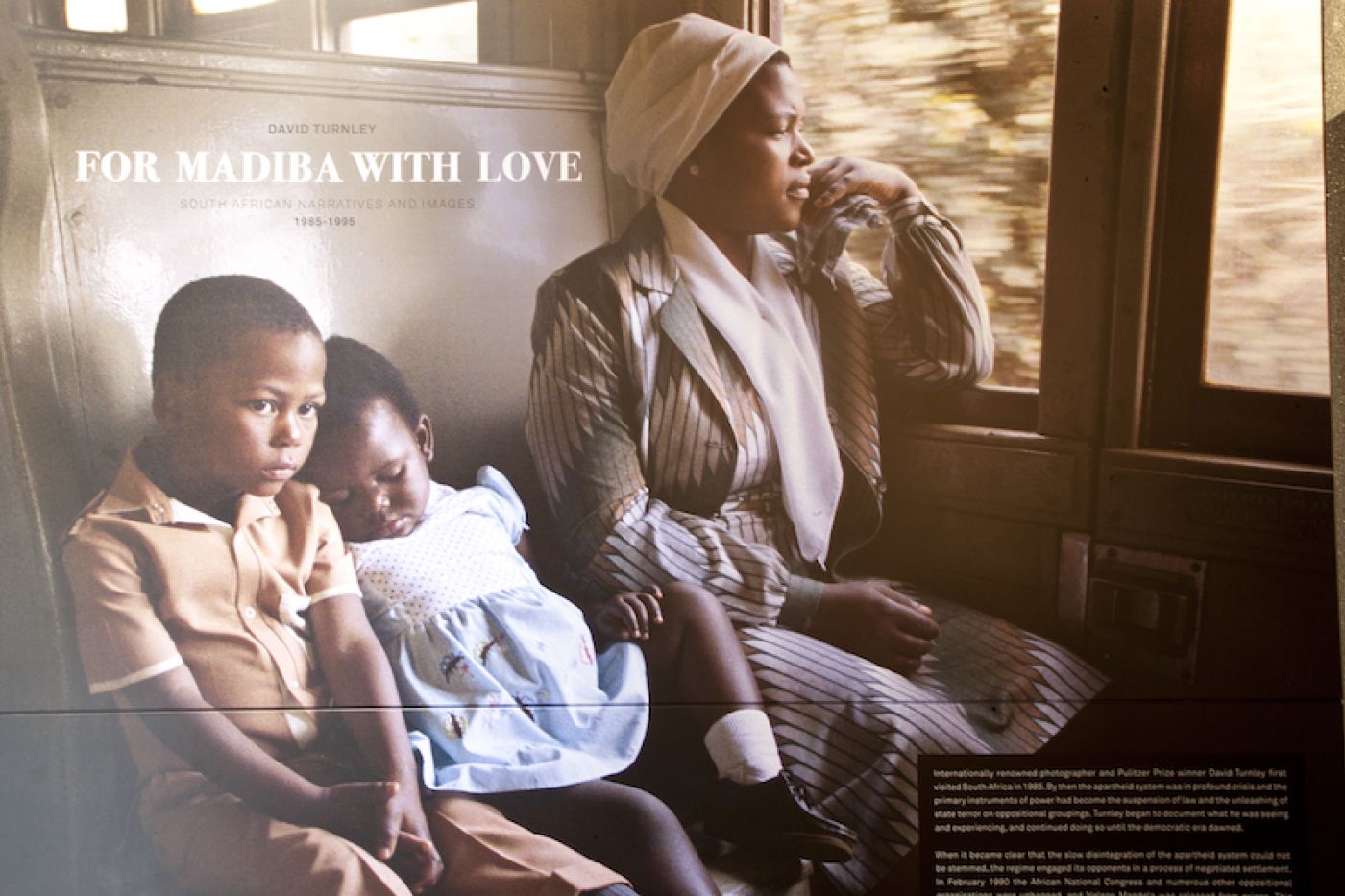 This temporary exhibition, by acclaimed American photographer David Turnley, was launched on 2 February 2014 and was on display at the Nelson Mandela Centre of Memory until the end of April 2014.

Turnley, who has won a Pulitzer Prize, two World Press Photo of the Year awards and many other accolades in his career, enjoyed a unique and close relationship with the Mandela family, having met Winnie Mandela in 1985.

For Madiba with Love is a selection of his photographs from the period 1985 to 1995, depicting both the Mandelas and the South Africa of the time. The photographs on display are accompanied by captions detailing Turnley's thoughts and reflections.