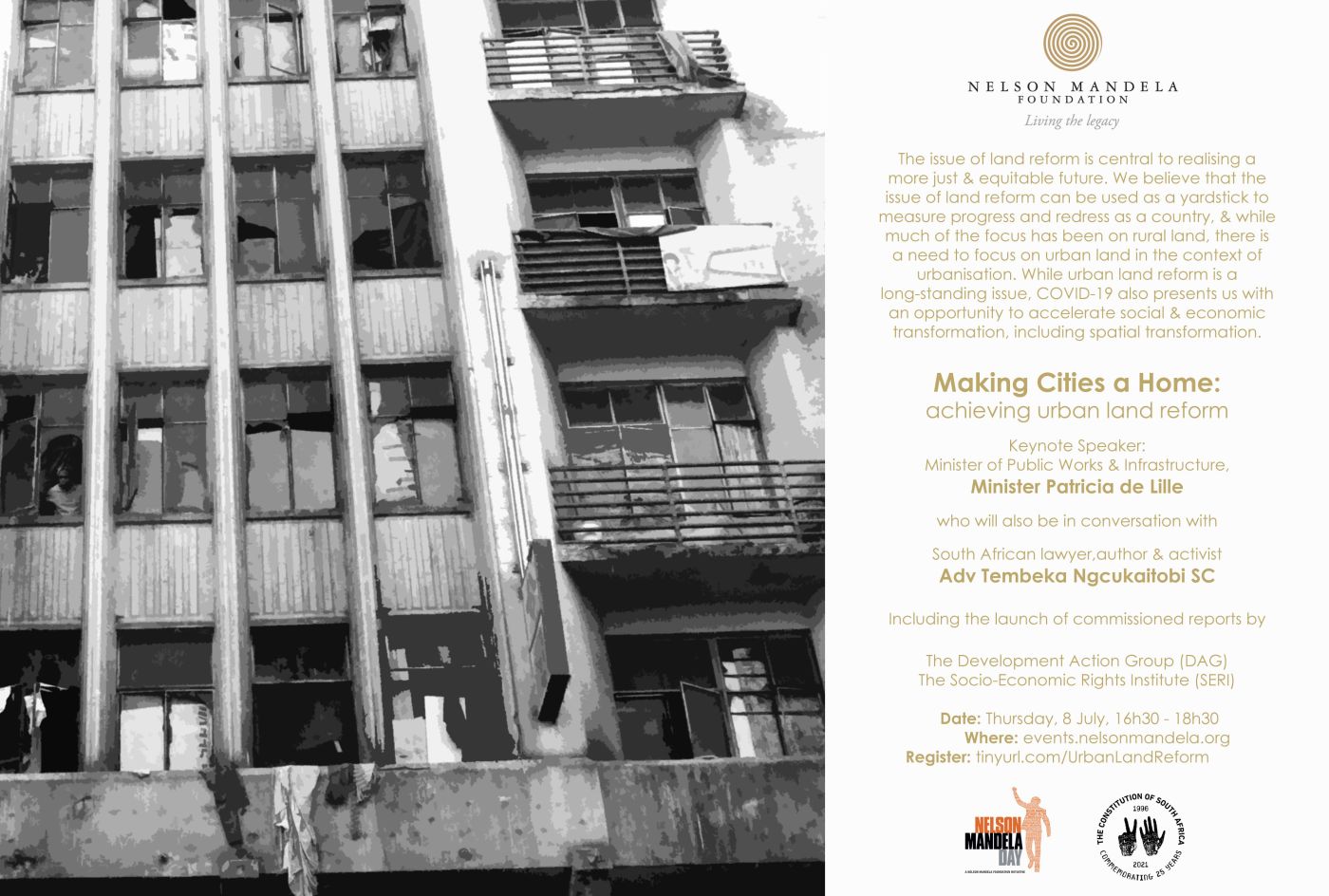 The event will also be available on our YouTube channel should you wish to take the live stream. We look forward to hosting you!

This dialogue will also officially launch three papers on urban land reform which the Nelson Mandela Foundation has commissioned with the Development Action Group and the Socio-Economic Rights Institute. The aim of these papers is to stimulate informed discussion and debate on different models for urban land reform in South Africa. The commissioned papers cover the following topics: