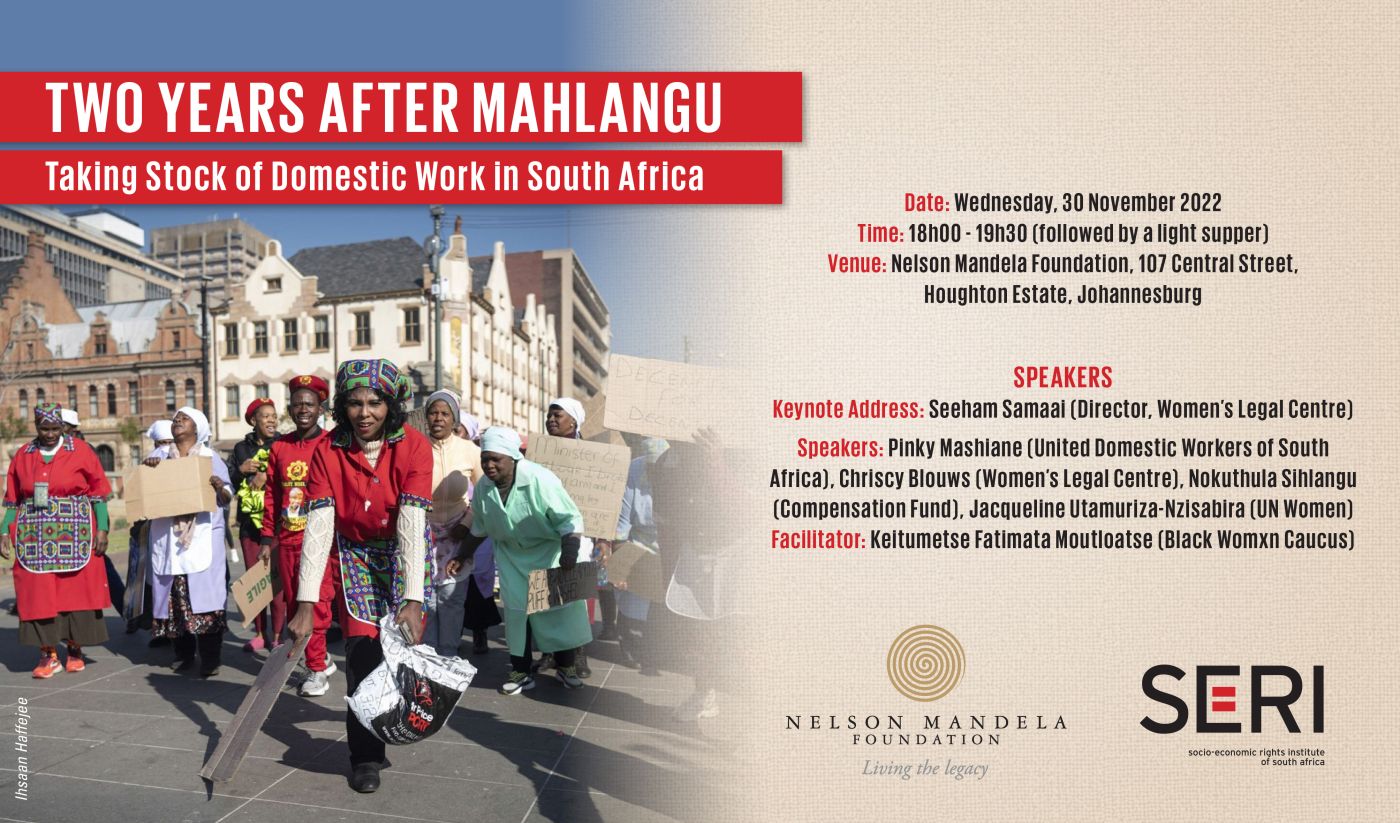 On 19 November 2020, the Constitutional Court handed down a monumental judgment affecting South Africa’s one million domestic workers and their families. In Mahlangu v Minister of Labour, the Court declared the constitutional invalidity of section 1(xix)(v) of COIDA, which excluded domestic workers employed in private households from the definition of "employee". Significantly, the Court also ruled that domestic workers and dependants who have experienced work-related injuries, diseases or death as far back as 27 April 1994 are also able to submit claims. Despite the victory of the judgment, in the two years since the Mahlangu victory, less than ten claims from domestic workers have been processed. The challenges in implementing the judgment are characteristic of the challenges in enforcing labour laws for domestic workers in general. The purpose of “Two Years after Mahlangu” is to use the anniversary of the Mahlangu judgment to create a dialogue between government, civil society organisations representing domestic workers and employers, and members of the public about key issues in the domestic work sector and to explore solutions.