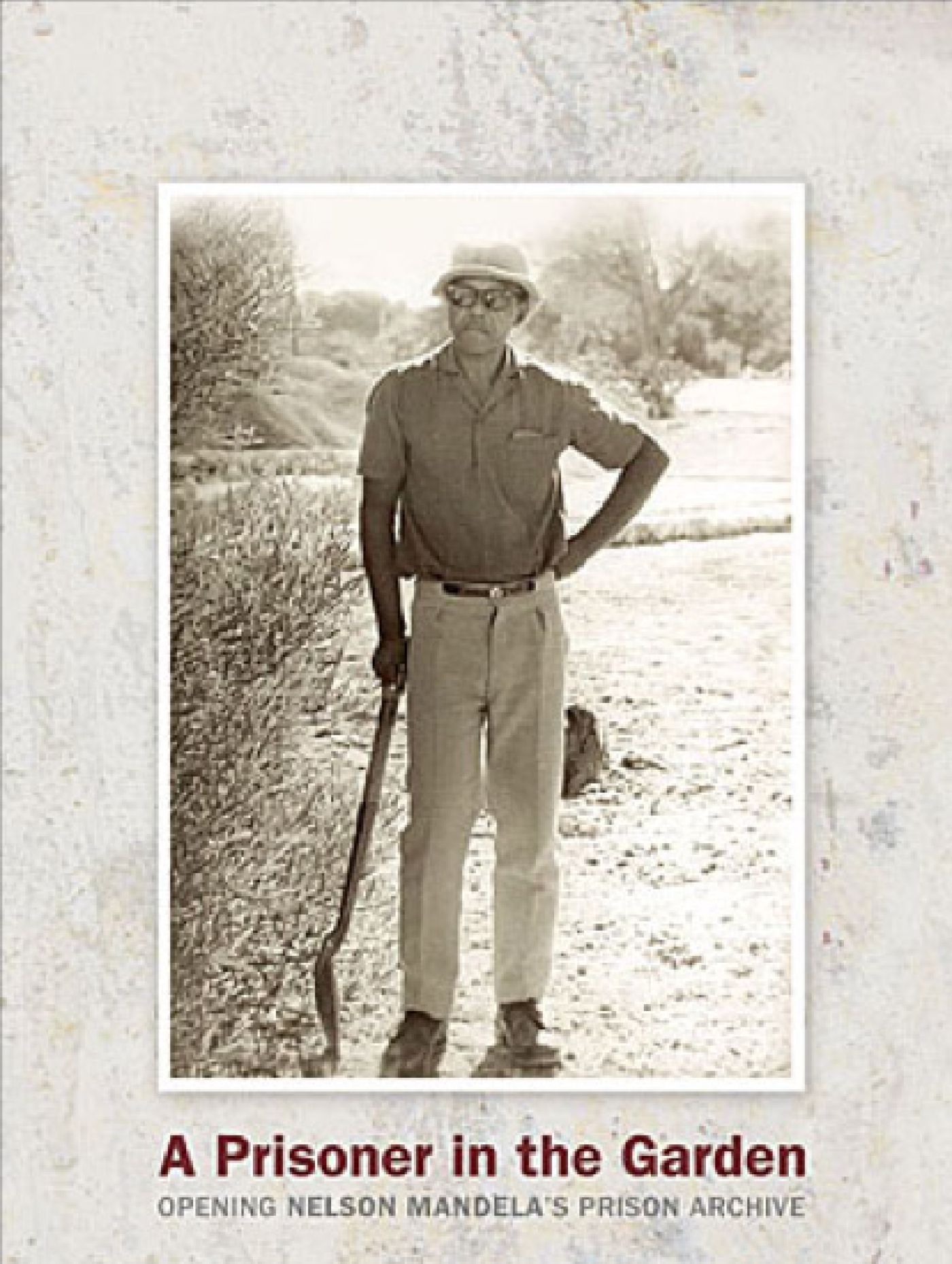 In 1977 the South African prison authorities allowed a number of journalists to visit the notorious Robben Island. The intention was to persuade the outside world that the conditions there were not as bad as widely believed. On their tour of the island the journalists encountered a tall, thin man dressed neatly in prison clothes and leaning on a spade. The expression on his face was one of intense hostility, and his bearing was more that of prince than prisoner. The man was Nelson Mandela, in his 13th year of incarceration on Robben Island.

Today the photograph, captioned ‘A Prisoner Working in the Garden’ by the prison authorities, forms the centrepiece of the Mandela Prison Archive, which when viewed as a whole constitutes a living record of Mandela’s 27 years in prison. It includes rare photographs and video footage, Mandela’s handwritten letters to family, friends and the authorities, his personal diaries and notes, official records, medical records and legal documents. Together they form an extraordinary picture of prison life but, even more remarkably, of a man who, together with his close comrades, never gave up the fight for freedom and the vision of a liberated country.

This book is bursting with story. The records of Mandela’s confinement are widely scattered – in conventional archives and some surprising personal collections. Readers will learn about chance discoveries and dead ends, crossing paths and painful reminders. The struggle against oppression can be seen as the pitting of remembering against forgetting. A Prisoner in the Garden documents one part of that struggle.

The Nelson Mandela Centre of Memory and Commemoration Project was launched by Mr Mandela as a new programmatic initiative of the Foundation in 2004. Its mission is to tell the stories of a continuing walk to freedom, and it aims to draw the memory resources around Mr Mandela’s life and work into a dynamic, African centre of excellence.