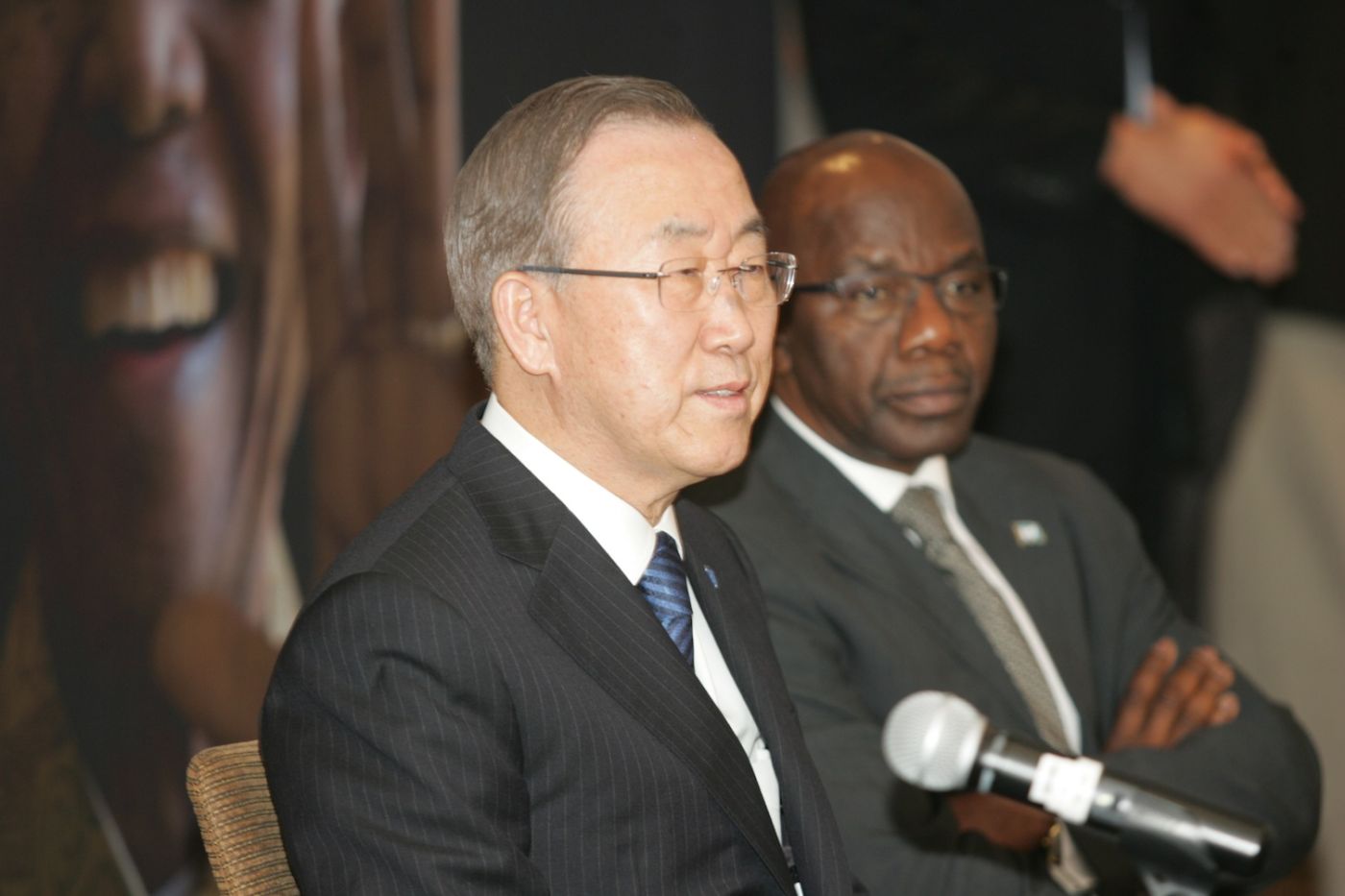 Prof Njabulo Ndebele, Chairperson of the Board of the Foundation, welcomed guests to the auditorium and thanked UN Secretary-General Ban Ki-moon for visiting the Foundation.

“We are honoured that you took the time to come to the Foundation during this difficult period. We are all mourning the passing of a great leader, and your presence here gives us great comfort,” he said.

The UN Secretary-General began his address by saying it is fitting that he visits the Centre of Memory to learn more about what Madiba has done for humanity.

“I thank the Centre for this valuable opportunity; it is a place where the vision is to grow a society that remembers its past, listens to all its voices and pursues social justice. 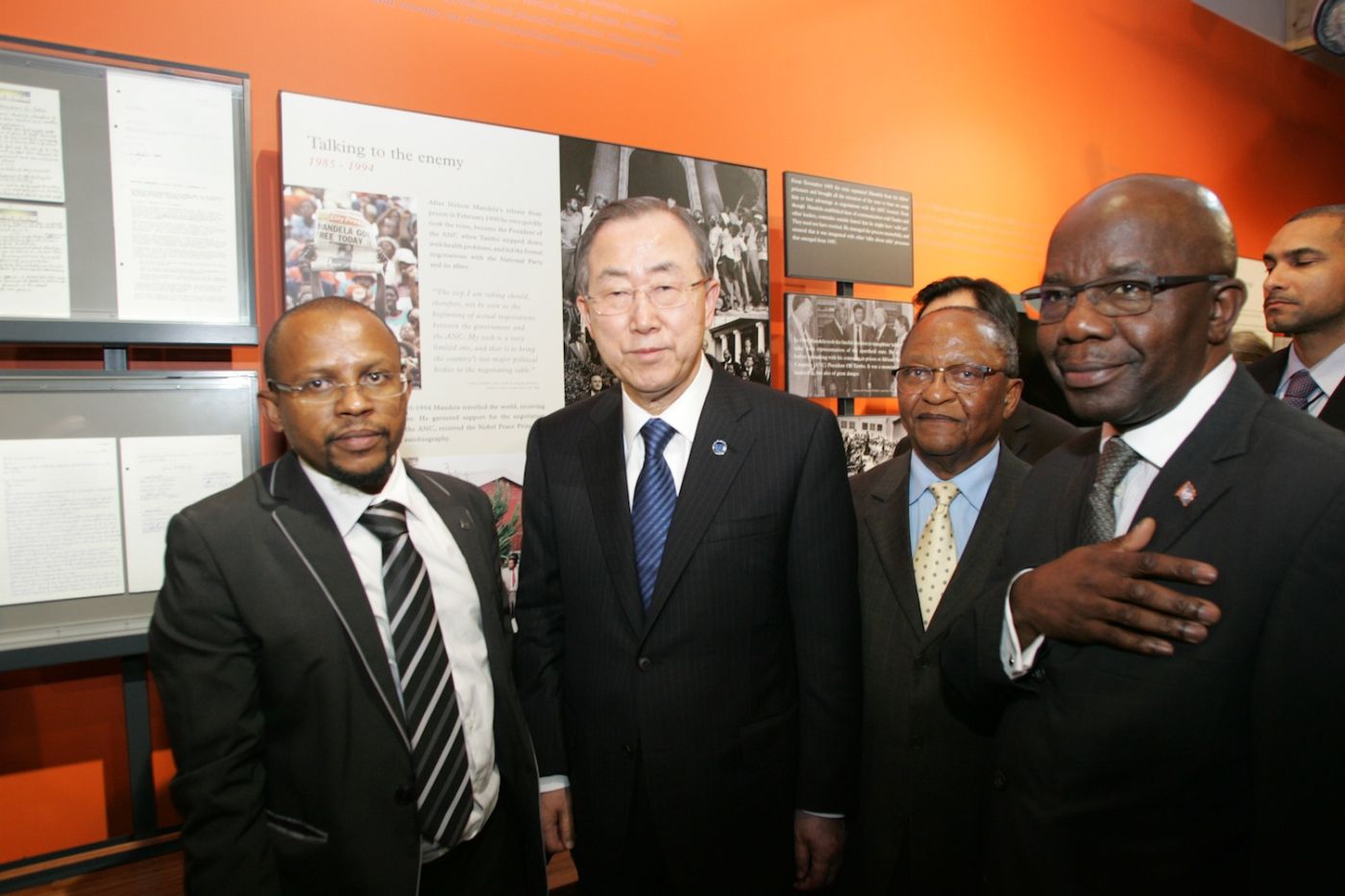 “The world mourns the loss of Nelson Mandela, one of the greatest leaders of our time, indeed of any time. We join together in sorrow for this mighty loss, and in celebration of his mighty life.

“Nelson Mandela was decisive in dismantling the structures of apartheid. His example set South Africa on a path of dialogue and reconciliation. He was a giant for justice, as we call it, and he touched our lives deeply.

“Nelson Mandela was more than one of the greatest leaders of our time – he was a teacher, and he taught and practised by example,” he said.

Ban spoke about the first time he met Mr Mandela, on 25 February 2009 on an official visit to South Africa.

“I thanked him and I wanted to say a few words of thanks for what he was doing for humanity. His response has stayed with me ever since. He said: ‘Well, it’s not only me, there were hundreds and hundreds of known and unknown people who fought for the same cause.'

“I was so deeply moved and touched. What he said has guided me ever since,” he continued.

“The people of South Africa and the whole world have lost a hero. May Nelson Mandela rest in peace.”

The CEO of the Foundation, Sello Hatang, thanked the UN Secretary-General for persuading the UN General Assembly to make 18 July an international day of recognition. 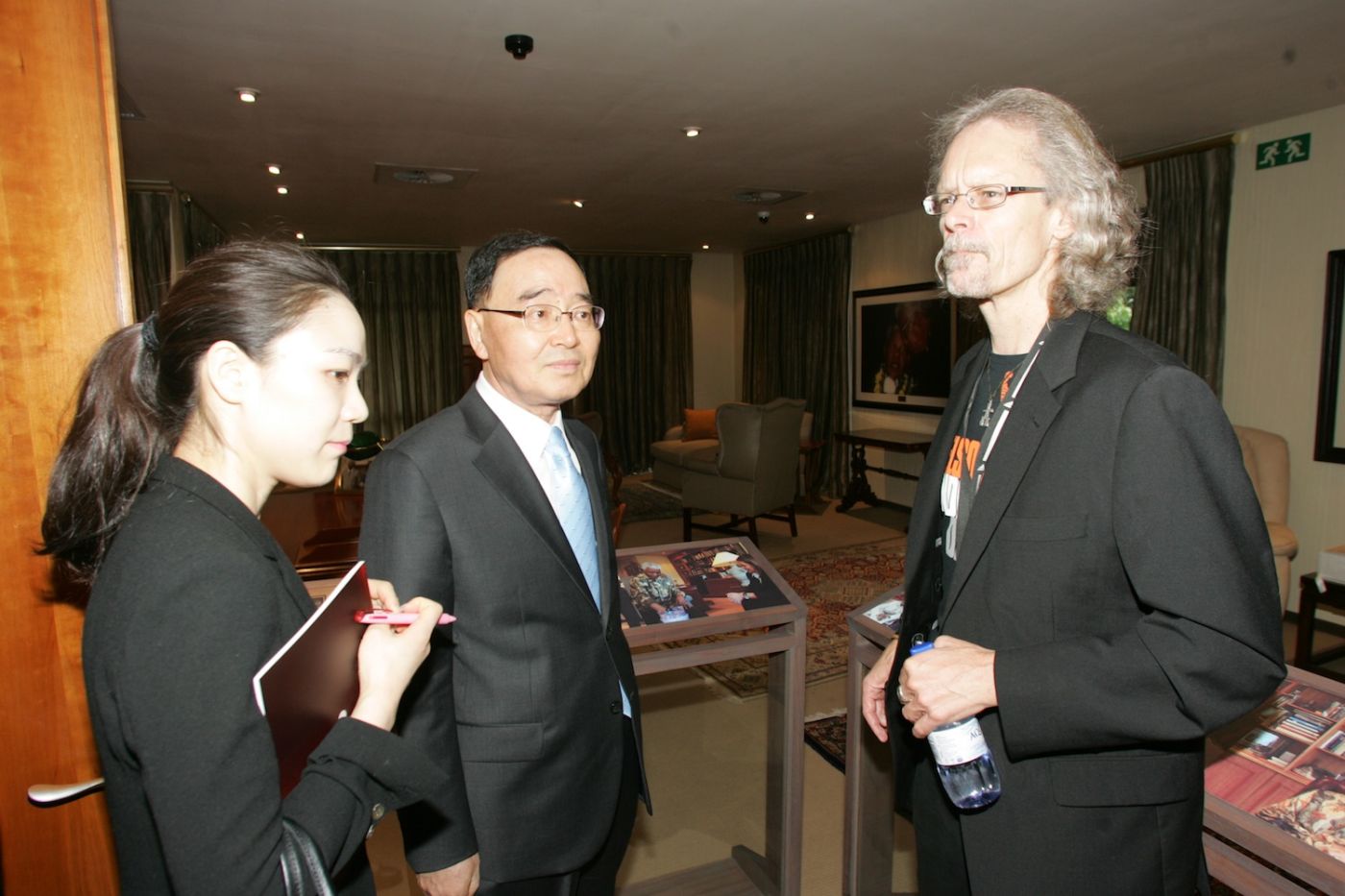 “Without your influence, we wouldn’t be celebrating 18 July as International Mandela Day. It is under your leadership that we mark 18 July as Mandela’s official day – the world over,” he said.

After meeting the Foundation heads and Hatang, he went on a guided tour of the exhibition and archive facilities.