As Madiba’s centenary year unfolds, it is important that South Africans focus their attention not only on remembering him but also on building the country of his dreams. These were not his personal dreams, but ones shared by a generation of leaders, including Mama Albertina Sisulu, for whom 2018 is also a centenary, and Mama Winnie Madikizela-Mandela.

The Nelson Mandela Foundation has based the entire centennial of Nelson Mandela on reviving values in society. To help achieve this, a new T-shirt adorned with 240 words associated with his vision, wisdom and legacy has been produced as part of the Foundation’s merchandise collection. 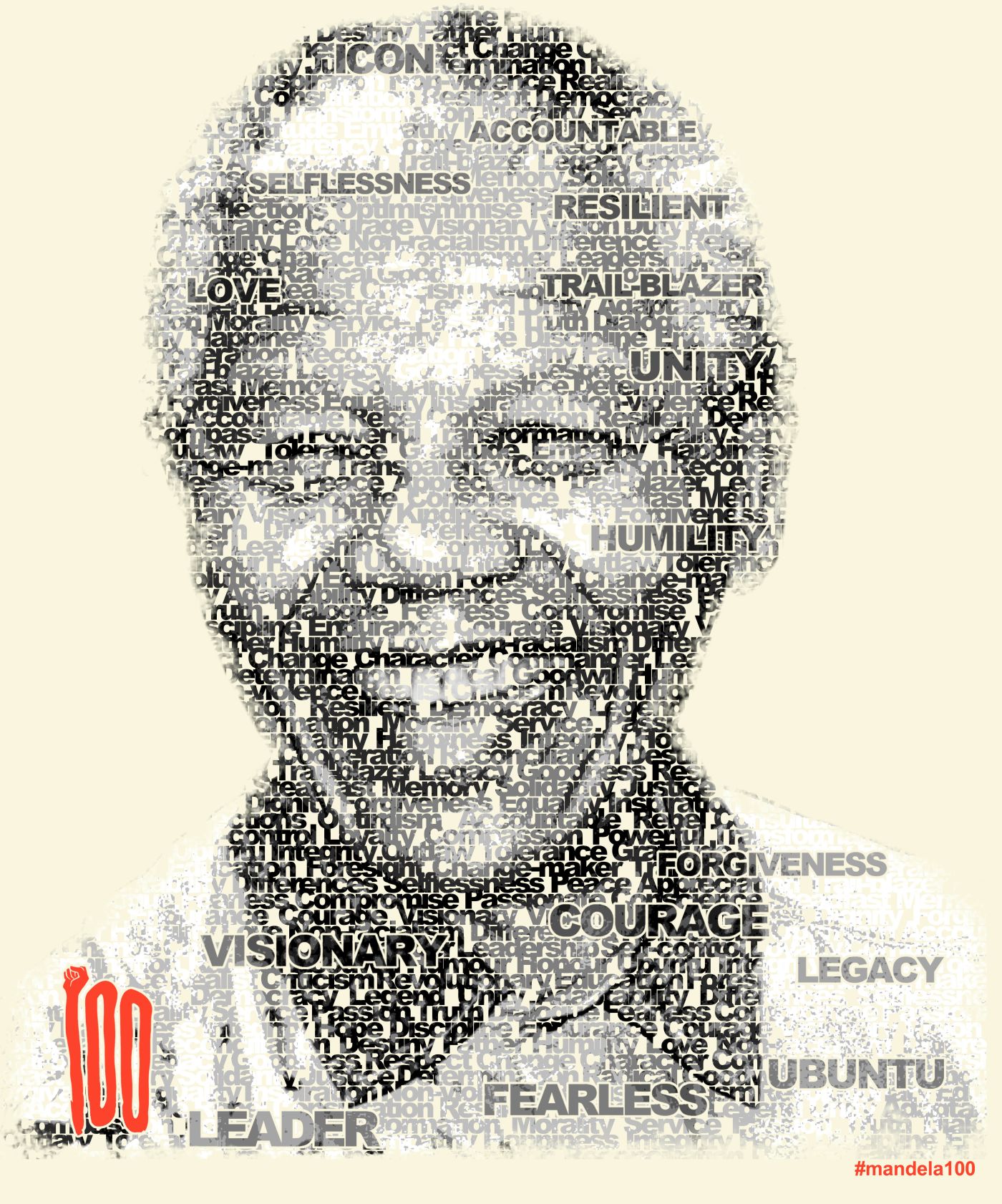 “Nelson Mandela was well known for attaching significance to what he wore,” said Foundation Chief Executive Sello Hatang at the launch of the T-shirt, hosted by the Foundation and its partner, manufacturer Trade Call Investments Apparel (TCI).

The partnership has set an ambitious target to sell one million of the official T-shirts across the globe, in turn spreading the values associated with South Africa’s struggle for liberation.

“Every word on the T-shirt carries a value; it is a word you can take with you [through life],” said Hatang.

The 240 words on the T-shirt form an illustration of Mandela’s smiling face.

Hatang urged people who bought the T-shirt to wear it on “Mandela Fridays”. Mandela Friday is a campaign to focus the attention of South Africans on deepening our democracy and realising the dreams of Madiba and his generation of leaders.

Every Friday South Africans and others who buy the garment can wear the T-shirt to work or in public as part of the lead-up to 18 July, Madiba’s birthday.

“We want you to wear the T-shirt with a sense of pride in Mandela’s legacy. We want you to pass on a message of a resilient nation, a caring nation,” said Hatang.

Hatang stressed that proceeds from the T-shirt sales would go to helping the Foundation continue Madiba’s work.

The garment is entirely African-made – the cotton was grown in Madagascar, the yarn spun in Mauritius, and the shirt manufactured and packaged in South Africa.

Herman Pillay, CEO of T-shirt manufacturer TCI, said he hoped that people’s involvement in honouring Mandela’s legacy would go beyond wearing the T-shirt and joining the global centenary celebrations, reaching into finding their own purpose and legacy.

“If you have not found your purpose it will be more difficult to find your destiny,” he said. “We urge you to find the Madiba in yourself.”

Seamstress Zanele Khumalo thanked God for the opportunity to make the T-shirts, which allowed TCI to “rise and progress”, and her and her colleagues put food on their tables.

The initiative is seen as an important part in giving life to the clothing and textile industry, which suffered because of hikes in export tariffs and an increase in imported goods.

Mandela famously wore a T-shirt emblazoned with the words “HIV Positive” contributing to the fight against the stigma around HIV and Aids.

“Mandela walked and lived with purpose,” said Pillay. “Who better to take on his legacy than the next generation?”