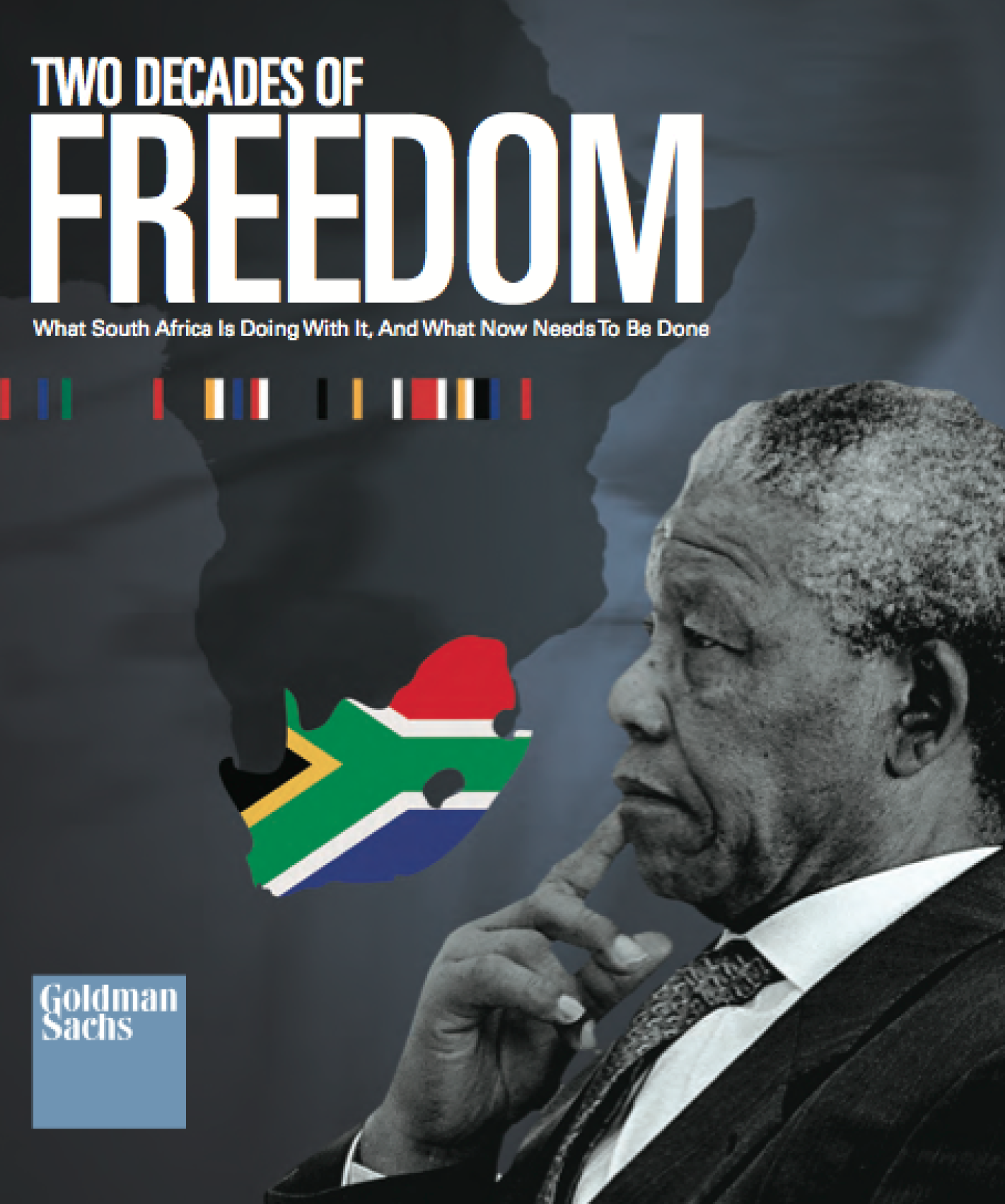 On 4 November, 2013 The Goldman Sachs Group launched its report Two Decades of Freedom: What South Africa is Doing with It, and What Now Needs to be Done, at the Nelson Mandela Centre of Memory in Houghton, Johannesburg.

The report provides a data-rich, empirical analysis of how South Africa has changed in the past 20 years and its position in the world.

It identifies the 10 areas in which South Africa has made structural advances, the 10 large challenges that remain to be tackled, and the 10 key issues which must now be addressed.

Colin Coleman, Goldman Sachs’ partner managing director, said: “As we approach 20 years of democracy in South Africa we have an opportunity to take a step back and get a long-range factual perspective on the important question: ‘So, what has Nelson Mandela's South Africa done with its freedom?’

"We hope this report contributes towards a more balanced narrative on South Africa which recently had become somewhat emotionally heated, short-term and often negative.”

The report identifies key structural advances since 1994. For example: 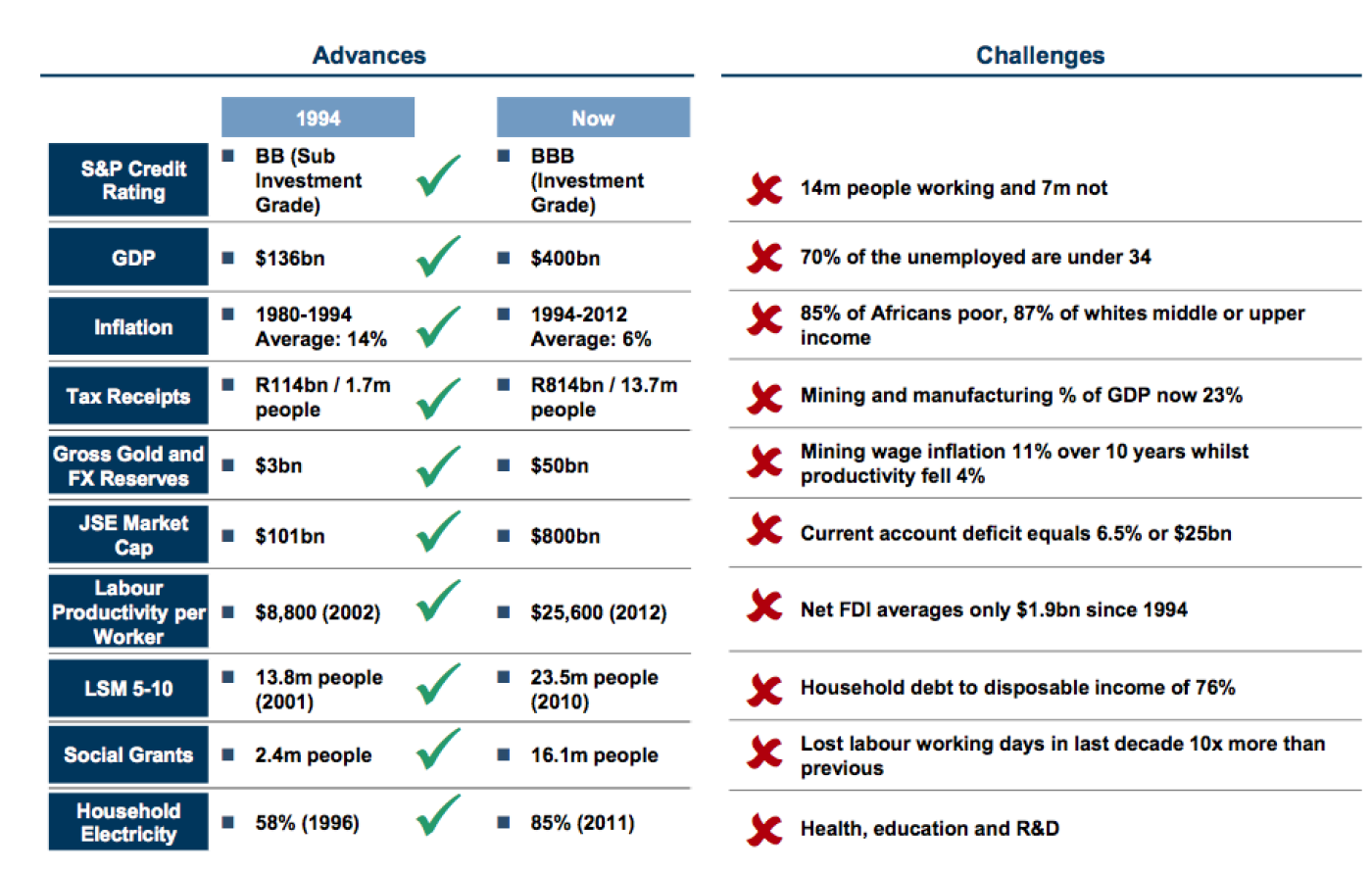 According to Coleman the government can claim credit for the rise of the African middle class, extending welfare and services to the poor while presiding over real wage growth. It has also delivered responsible macro-economic stewardship while respecting independent institutions and upholding constitutional freedoms.

“It is vital that government takes steps to reduce inequality, increase employment, especially amongst the youth and defend the gains made by the African middle class,” said Coleman.

The report found that South Africa lags other growth markets in important areas such as research and development, and access to, and use of, technology and the Internet. Investment in improving access and blanketing communities and schools with access to the Internet could have a dramatic positive benefit for education and economic growth.

The anticipated tapering of quantitative easing heralds a tougher period for growth markets. Those with high current account deficits like South Africa, Turkey and India are likely to be the focus of portfolio investor risk aversion.

Productivity in the private sector has not kept pace with wage inflation, while the public sector, despite increasing to 2m employees, has seen its contribution to GDP fall from 19% in 1994 to 15% today. 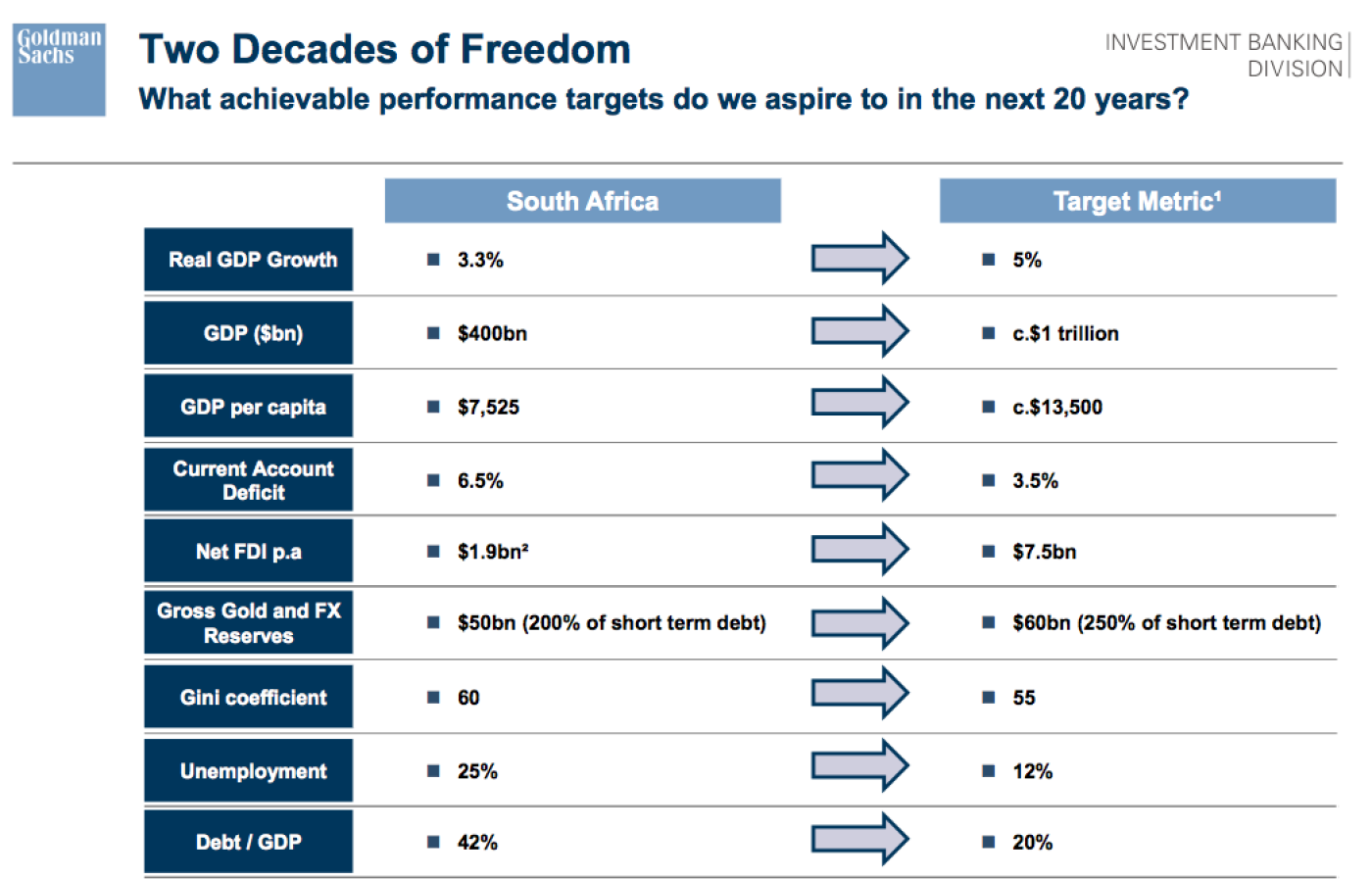 The report suggests that in the next 20-year period, South Africa should aim to raise its GDP annual growth rate

The report suggests that in the next 20-year period South Africa should aim to raise its GDP annual growth rate from the past 20 years’ average of 3.3% to 5%, thereby growing the size of the economy to $1trn by around 2030. Such growth, if attained, would cut both the unemployment rate and debt /GDP percentage in half, and see GDP per capita double.

“To stave off its budget and particularly its current account deficits, South Africa’s net foreign direct investment should increase from the average of only $1.9bn per annum since 1994 to an average closer to $5-10bn per annum. This will require a much more determined and coherent focus on improving the investment climate. We urgently need to revive investment in the mining and related manufacturing sectors. This requires a much better, balanced and friendly regulatory, productivity and labour picture.

“This is not a time for finger-pointing. Labour, business and government must create a partnership that works for South Africa.”