Gathered under the watchful monoliths of the Union Buildings in Pretoria as the morning sun began to rise, leaders, children, struggle veterans, family and statesmen on Friday paid tribute to Nelson Rolihlahla Mandela. 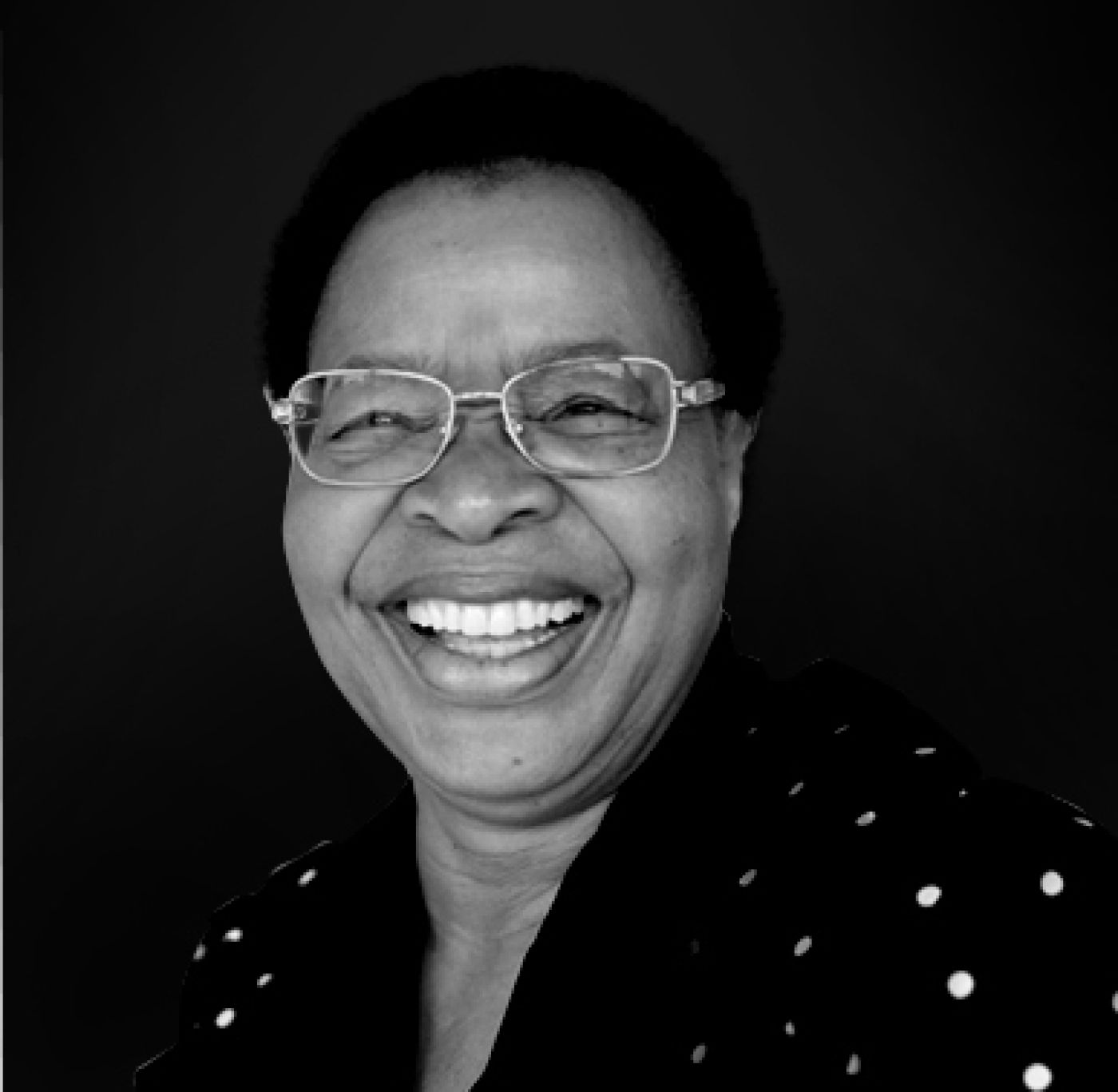 Graca Machel and Ndileka Mandela prepare to lay a wreath at the feet of the Nelson Mandela statue at the Union Buildings. (Photograph by Yolanda van der Stoep)

Marking the first year since our beloved Madiba’s passing, the wreath-laying ceremony held here on 5 December 2014 gave those once close to the late President a chance to reflect on his life, and what they cherished most about their time with him.

It was also a time to reflect on how we can all continue to uphold Mandela’s legacy by living the values he sought to impart to the world – by putting others first, and by seeing everyone as equal, regardless of differences such as race, gender or political views.

“ We remember him for his humanity, courage and friendship. To me he was an elder brother, and I miss him. When Walter [Sisulu] died, I turned to Madiba for support. When Madiba died, I asked myself, ‘Who do I turn to now?’ I’m still looking … ”

Addressing a congregation gathered on the lawns of the Union Buildings, Madiba’s widow Graça Machel said his charisma never waned, even on the day he passed away.

“Madiba was at the point where his body would not cooperate. His body gave in, but his spirit never changed; he was the same to the very end.

“I know that Madiba is smiling; he is happy because he is among the family he chose to build. He is with Walter Sisulu, with Oliver Tambo and Joe Slovo, with Ruth First, Yusuf Dadu and Ma Albertina Sisulu – many of his brothers and sisters who have been part of his long journey. These are the people he chose to make his family. 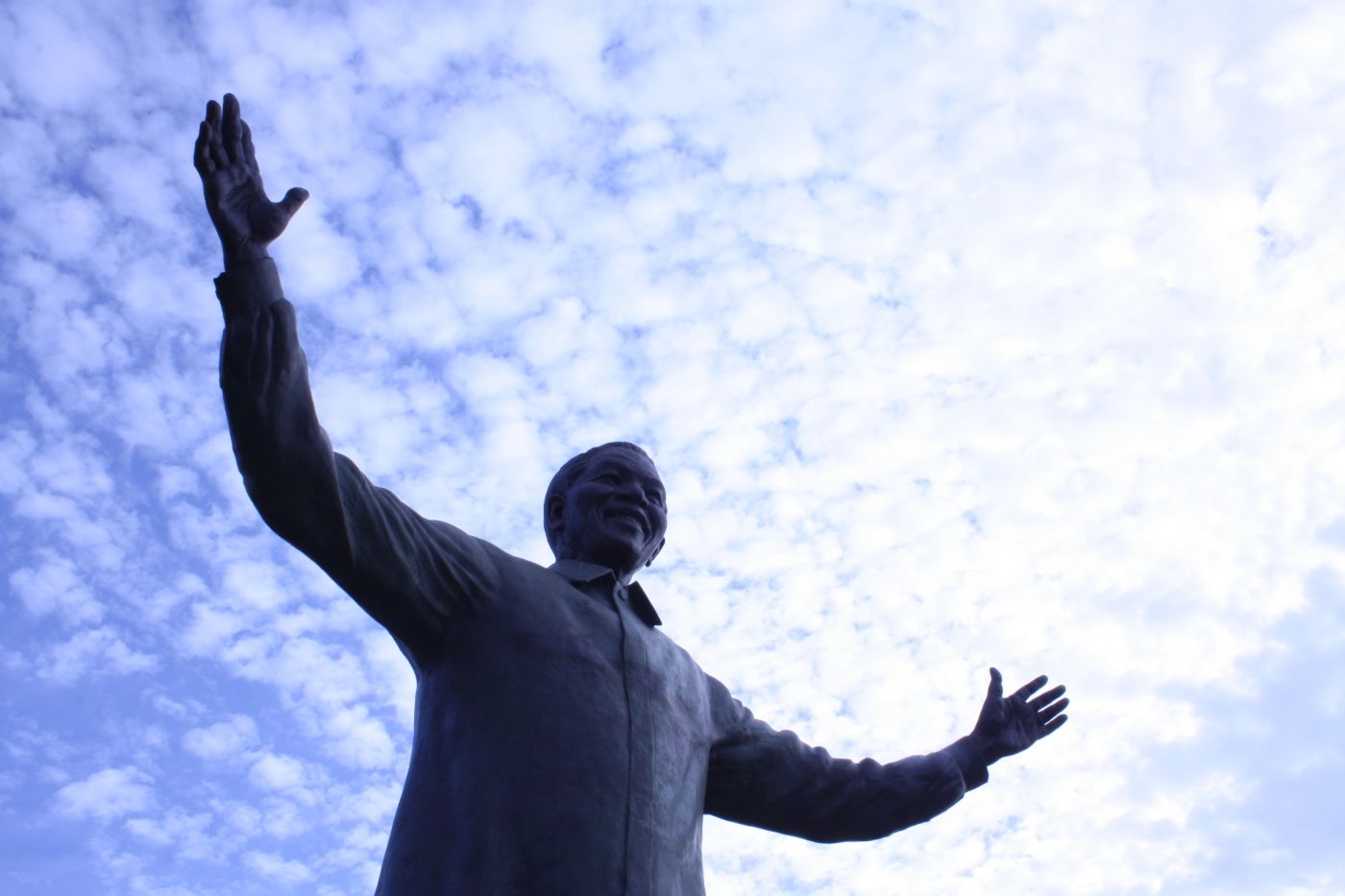 The statue of Nelson Mandela at the Union Buildings in Pretoria

“On the day of his passing I was not able to think, I was numb. But now looking back I can imagine him walking tall and proud, and them raising to receive him, and him beaming that infectious smile and embracing them all,” said a sombre Machel.

“Knowing that Madiba is among good company has been able to sustain me over the past year.”

For Machel, the immensity of Mandela’s legacy belongs to no country, but rather to the world.

Struggle veteran Ahmed Kathrada said the first and lasting impression he had of his long-time friend when they met in 1946 was the way Madiba related to him as a human – a simple but meaningful connection that went on to define the way he interacted with everyone he met.

Struggle veterans Dr Ahmed Kathrada and Laloo Chiba prepare to lay a wreath at the feet of the Nelson Mandela statue at the Union Buildings on Friday morning, 5 December. (Photograph by Yolanda van der Stoep)

“Whether you were a peasant or a queen, Madiba treated everyone as equal. That was his strength. He was charismatic, courageous, an aristocrat, a democrat with a touch of autocrat. He was proud, tenacious and obstinate. He was vain, he was shy, he was cool, he was impatient. But above all, he was a team person,” said Kathrada.

“We remember him for his humanity, courage and friendship. To me he was an elder brother, and I miss him. When Walter [Sisulu] died, I turned to Madiba for support. When Madiba died, I asked myself, ‘Who do I turn to now?’ I’m still looking …”

Minister of Defence Nosiviwe Mapisa-Nqakula remembers how difficult it was to tell the world Madiba had passed on.

“The halls of power, the majestic Union Buildings – on this day last year we found it hard to walk up these steps. We knew this moment would come, when we had to come here to make the most difficult announcement of our lives,” she said.

“We now rededicate our country to the values of Madiba, his selflessness and compassion, and as we lay these flowers here, we spread the pollen of his love. May I invite you all to honour him, and emulate the generosity of his human spirit. May you love each other always.”

As those who came to pay their respects left the area, many glanced up and smiled at the gigantic statue of Madiba, resurrected at the foot of the property’s tiered garden.

With his arms spread wide in a welcoming gesture as if embracing the world, and that familiar, warm smile etched so perfectly on his face, he watches over the city where his designs of democracy were set in stone.

Nelson Rolihlahla Mandela may have left us, but his legacy will never be forgotten.