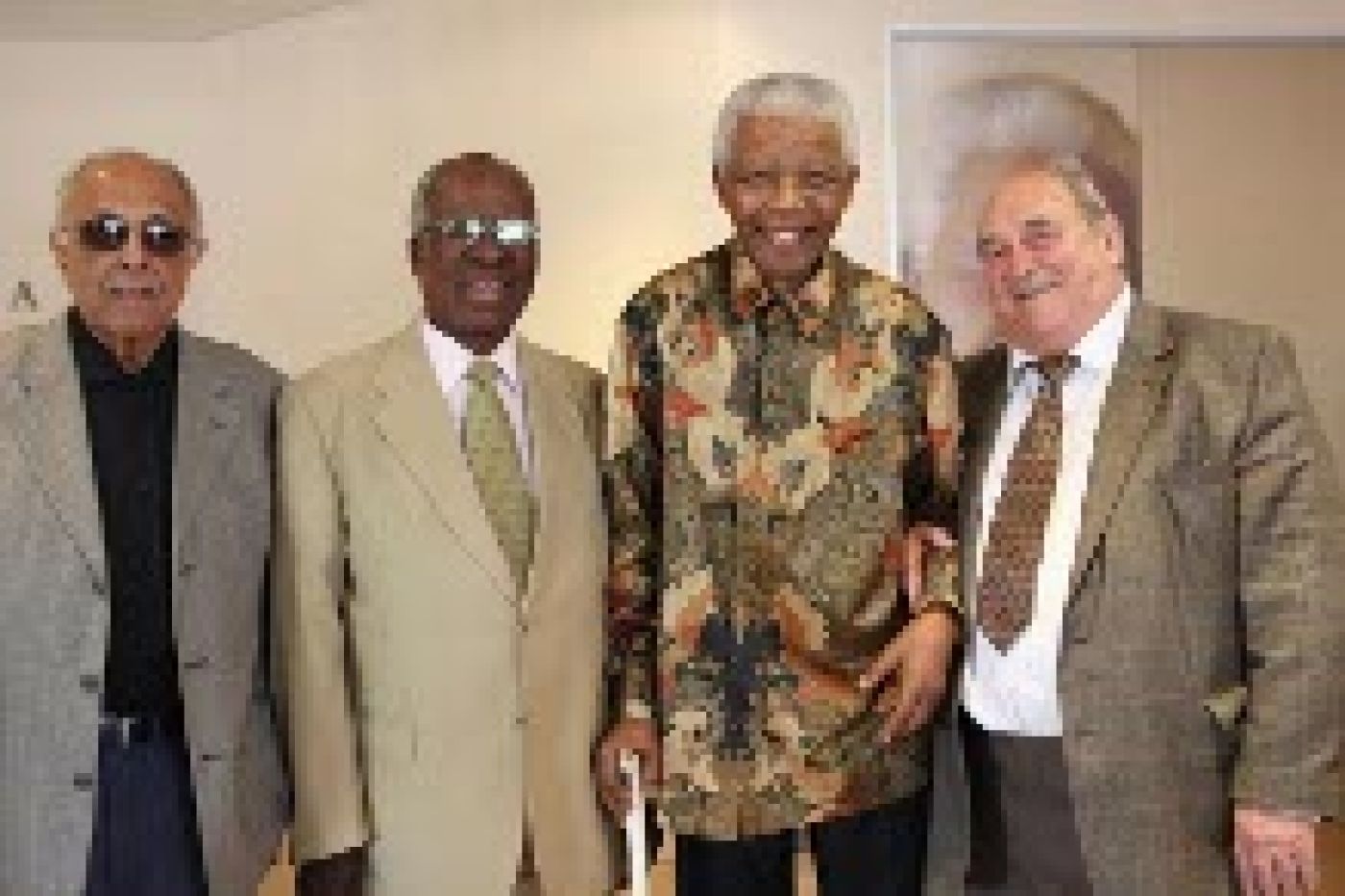 July 29, 2009 – Nelson Mandela was today reunited with the three other surviving accused in the Rivonia Trial, in which they were sentenced to life imprisonment 45 years ago.

“Ah, the big shots are here,” Mr Mandela exclaimed when he saw the three men with whom he was sentenced for sabotage on June 12, 1964. Goldberg, the only white person convicted in the case, served his sentence in Pretoria while the other seven went to Robben Island. The other accused, who have all since passed away, were Govan Mbeki, Elias Motsoaledi, Raymond Mhlaba, and Walter Sisulu.

Rusty Bernstein and James Kantor were acquitted of all charges.

The group then joined Graça Machel and other veterans of the anti-apartheid struggle in watching a performance of the one-person show The Rivonia Trial.

Monde Wani, from the Eastern Cape, wrote, directed and performed in the play, which he has staged in the USA, the UK and Germany. Wani is the director of Kula Productions, which aims to educate people about South Africa’s freedom struggle through theatre.

After being congratulated by Mr Mandela, who told him he “did very well”, Wani was overwhelmed. “This was the most powerful performance I have done in my life,” he said.

Among those in the audience were: Nadine Gordimer, Nobel Literature Laureate; poet Oswald Mtshali; Advocate George Bizos; Ilse Wilson, the daughter of the late Adv Bram Fischer; Annemarie Wolpe, the widow of activist Harold Wolpe; and Caroline Motsoaledi, the widow of Elias Motsoaledi. 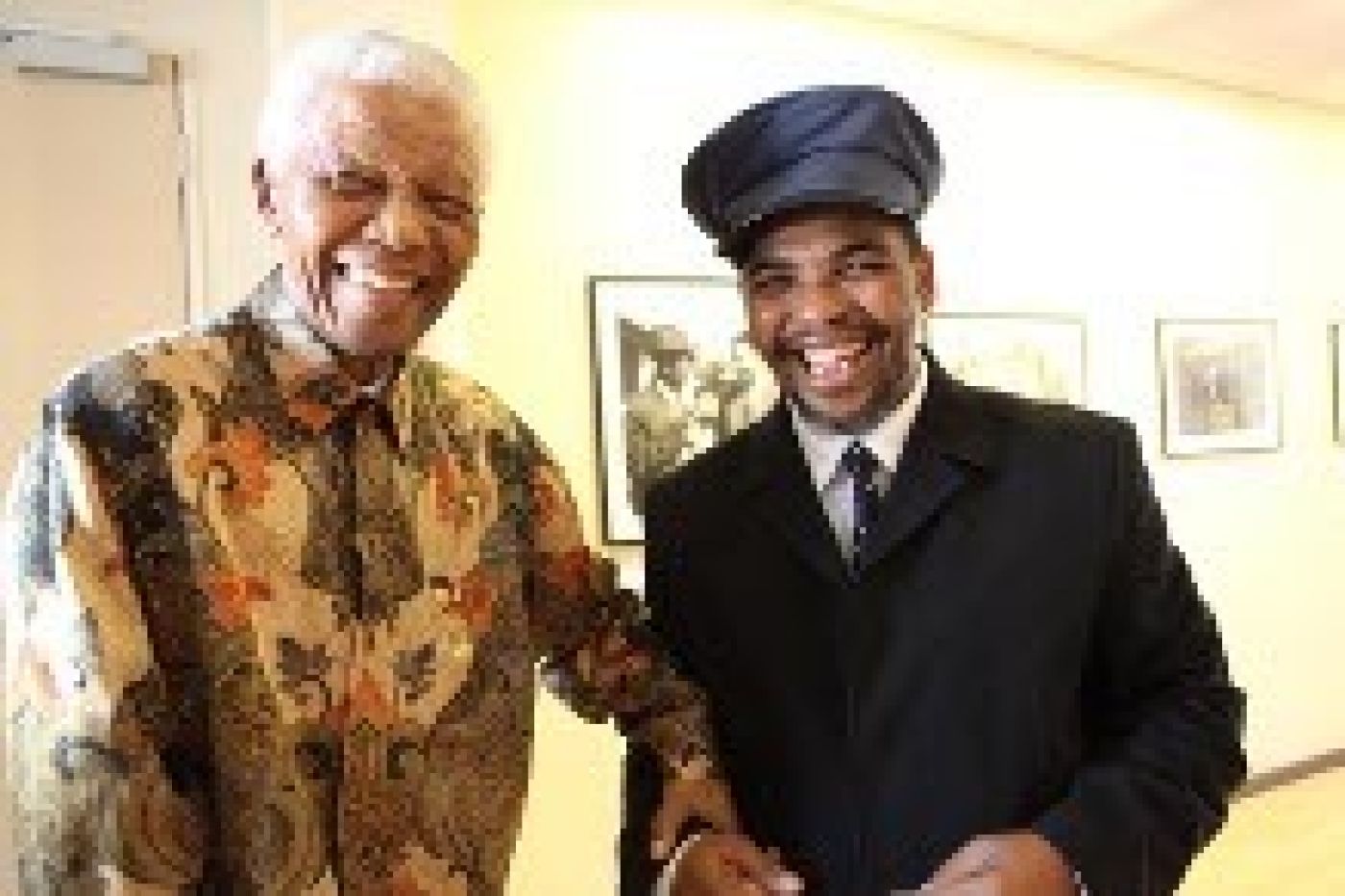