These were the words of South African Deputy President Cyril Ramaphosa as he marked the third anniversary of the passing away of President Nelson Mandela.

Ramaphosa, who helped craft South Africa’s democratic constitution, signed into law by President Mandela twenty years ago, was speaking at the event Mandela the Freedom Fighter and Mandela the Democracy Builder, hosted by the Nelson Mandela Foundation in Johannesburg.

Mandela's widow Mrs Graca Machel and his granddaughter, Ndileka Mandela attended the event along with former freedom fighters, politicians, diplomats and others.

“For as long as the economic and social conditions of women are inferior to those of men, we will never succeed in building a non-sexist society,” Ramaphosa told them. South Africans should be united around a common programme to achieve Mandela’s vision of “righting the wrongs of the past”.

Crucially he proposed that the land should be restored to those who work it; wealth should be redistributed and there should be “meaningful transfer and ownership and control over the country’s natural resources, over the means of production to the people as a whole.” 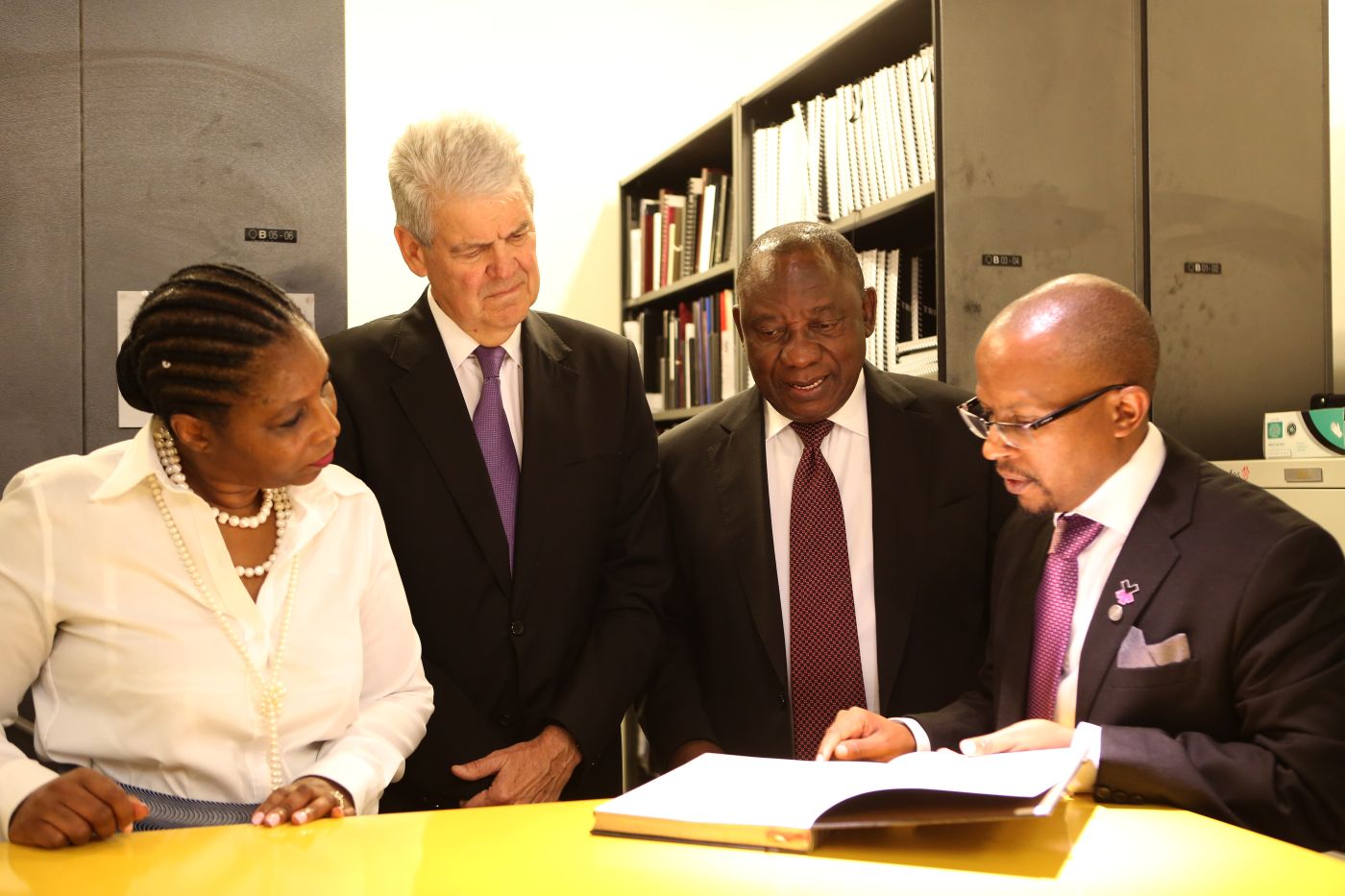 The date of Mandela’s death, 5 December is also the date on which he was arrested with scores of others 60 years ago. Their arrest was as a result of the non-racial Congress of the People which adopted the Freedom Charter as a policy blueprint for a democratic South Africa. In total 156 people were arrested and charged with treason. All were ultimately acquitted.

While President Mandela was perhaps best known for his peace-making efforts, he was also a freedom fighter who served as the first Commander-in-Chief of Umkhonto weSizwe, the armed wing of the African National Congress. It was formed 55 years ago in June 1961 and launched with a series of sabotage attacks on 16 December 1961.

Speaking as a former freedom fighter Ayanda Dlodlo, Deputy Minister for Public Service and Administration, said she and her fellow combatants were taught by Mandela “only to serve the people of South Africa” and that to them “the liberation of the people” was their most “precious” focus. She urged Ramaphosa to look into the plight of former freedom fighters, many of whom “live in squalor”.

“We are not living the reality of Madiba’s dream,” said Sello Hatang, Chief Executive of the Nelson Mandela Foundation. South Africa faced a profound challenge, “one that I believe Madiba would have prioritised if he had still been with us, is the need to reimagine democracy itself.” If this was not done “the formal processes of democracy will lose the great majority of our people,” he said.

Dr Leon Wessels, who served as Ramaphosa’s Deputy Chair of the Constitutional Assembly, recalled Mandela’s 226-word speech on his ninetieth birthday in which he urged the new generations to build their own future.