Public Protector Thuli Madonsela has emphasised the importance of civic education in South Africa, saying it will ensure that everyone understands the Constitution and help prevent the country from losing its way.

Madonsela described the Constitution as the bright, shining star that needs to guide the nation.

“Our Constitution, we call it our lodestar, is that bright, shining star in the sky that is supposed to take you where you want to go. But if you don’t know how it works, how to read the star, and if you don’t know where that star is supposed to take you, you are going to get lost, regardless of its existence. Hence this initiative of civic education is so important,” said Madonsela.

Madonsela also commended the youth for leading social justice movements in the country. She said with civic education they will understand the roadmap, and ensure they continue to ask questions, and to the right people.

Madonsela was, however, critical of the violence that breaks out during some protests in the country. She said civic education will prevent young people using violence as an outlet.

She said the youth’s anger is understandable. However, she asked, “Would burning your own house help? No, because that is your house. You’ve got to rather engage with the person who is not doing the right thing.” 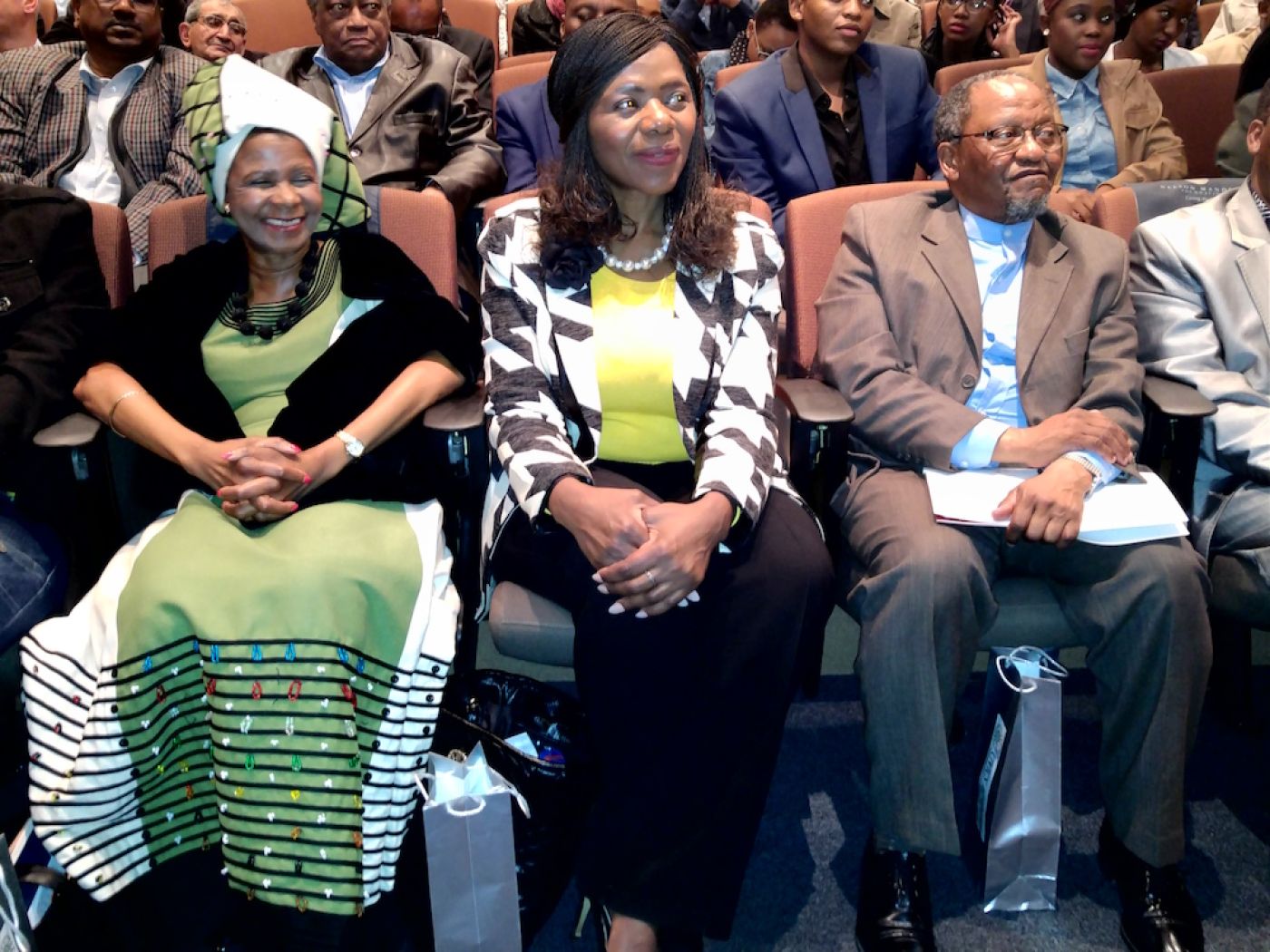 Also speaking at the event, NMF CEO Sello Hatang said: “We are happy that the Civics Academy will give us that opportunity to [ask questions]. We’ll have the youth beginning to ask questions, and not only asking them, but also getting answers.”

Said Ambassador Lindner: “We need some values. We need to teach values – it could be churches or just people who love other people. I’m sure this initiative by the Hanns Seidel Foundation and the Nelson Mandela Foundation will help spread knowledge, education and values.”

“Civic education is an important prerequisite for a well-functioning democracy,” said Krug. “As such, it is our hope that the Civics Academy will contribute to empowering ordinary South Africans to become informed and responsible citizens. Ultimately, this is what democracy means.”

MEC of Education in Mpumalanga Makgabo Reginah Mhaule added her voice to the sentiments that South Africans must know the country’s Constitution, their rights and the rights of others. She commended the Civics Academy initiative and urged it to ensure that all South Africans are reached.

“When we celebrate Tata Mandela’s birthday in all our schools in the country, we want them to recite the preamble of the Constitution. We know that will push them to get to know the entire Constitution, including the Bill of Rights,” said Mhaule.

Prof. Ndebele said the youth’s recent “must fall movements” have highlighted the importance of civic education.

“That is the power of active citizenship – it is the power vested in you through our Constitution to make our democracy work. I impress on you all to use it. This is what we hope the work of the Foundation will encourage by working with the youth,” said Ndebele.

Students Sharkeel Garda and Nompumelelo Gumbi, who attended a youth dialogue on the Constitution at the NMF last month, were also among the speakers at the launch.