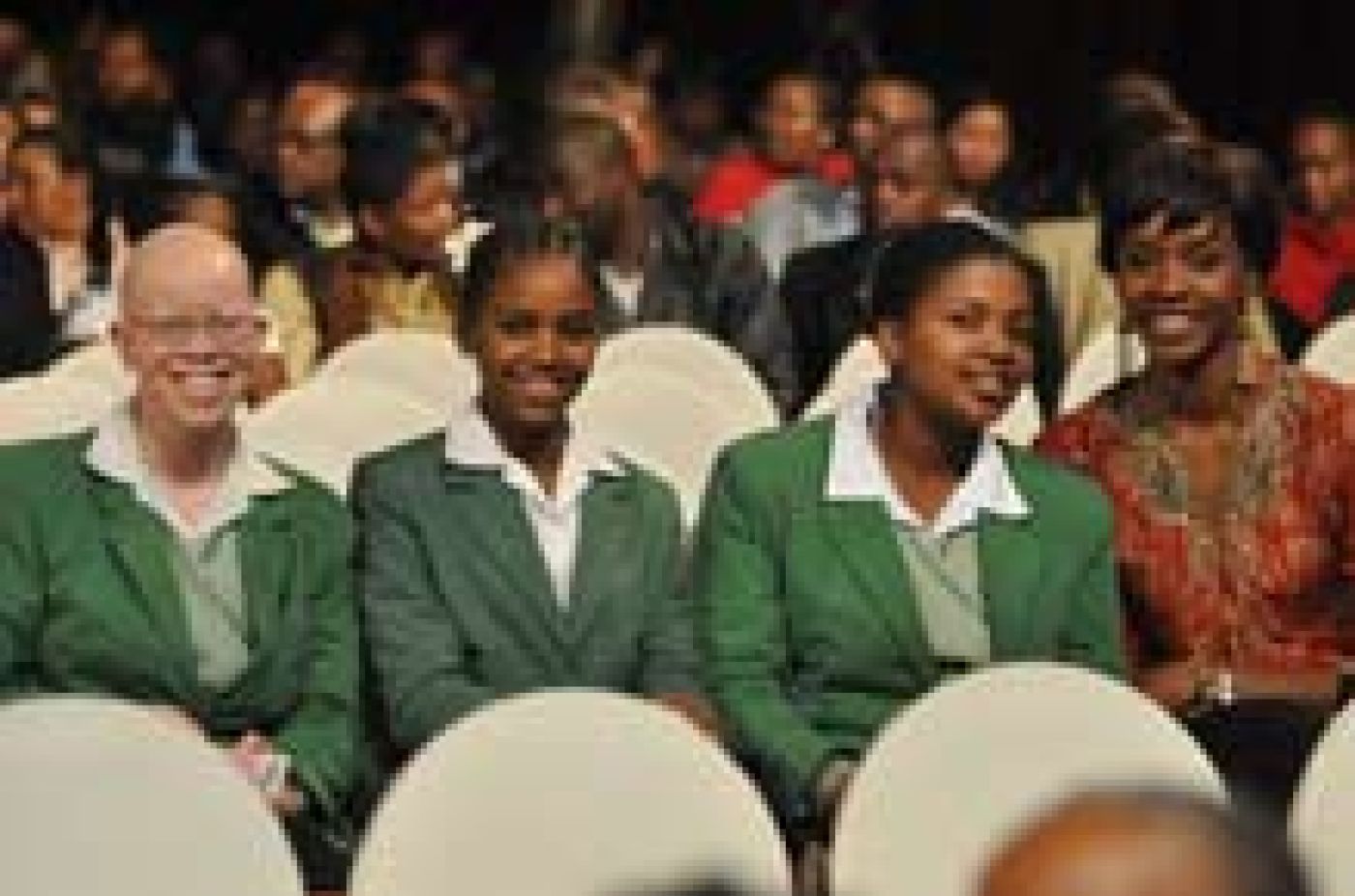 Girls from the Oprah Winfrey Leadership Academy for Girls attend the annual lecture.

The girls were selected through an essay competition in which OWLAG grade nine learners were asked to select one of five quotes by Prof Yunus and to write a reflective essay based on that quote. Three winners were chosen based on the clarity, strength and thoughtfulness of their essays, and given the opportunity to hear Prof Yunus speak at an event attended by many distinguished leaders from South Africa, Africa and across the world.

Sade Pietersen reflected on the following quote: “The poor themselves can create a poverty-free world … all we have to do is to free them from the chains that we have put around them.”

She strongly agreed with this statement, adding, “I believe that if the desire for change is more than the fear of judgment from society, than anything is possible.”

“As human beings, we have created all kinds of stereotypes and have boxed people accordingly. Poor to me is a state of mind and not one’s financial status,” she continued.

She believes that, while we live in a time where we face challenges such as HIV, drugs and poverty, our greatest challenge is to question the minds of those who believe that they are born to live in and to represent poverty, to “become the daily statistic of poverty victims”.

“I believe that we are all born with the ability to succeed and excel in life,” she said.

In her essay, Abongile Xhantini wrote about the following quote by Prof Yunus: “Each individual person is very important. Each person has tremendous potential. She or he alone can influence the lives of others within the communities, nations, within and beyond her or his own time.”

“I believe that we should see everyone we encounter as our teacher. They have unique experiences that could change society. Even if they were to reach [one] soul, that soul could touch a hundred others,” she said.

“Change makers are not those who are supernatural, but those with will to survive the storm,” she added.

After the lecture the students were bubbling with excitement. Grade 9 pupil Xhantini said: “It was an enlightening experience, and the message was powerful. He told us what our country needs to start doing. As a society we have the wrong impression of what success is.”

Tyawana said: “The lecture was wonderful and uplifting experience. The professor challenged us to create a poverty-free country and for us future leaders, we have a lot ahead of us.”

Pietersen said: “I was in awe. I truly believe that what he is doing is wonderful, and I aspire to be like all the phenomenal leaders here today.”

According to the academy’s website, the school was established “to nurture, educate and turn gifted South African girls from impoverished backgrounds into the country’s future leaders”, so hearing the Nobel Laureate speak on poverty was especially inspiring for learners from OWLAG.