Thirty community conversations will take place in five provinces in 2009 and 2010, in areas where South Africans and migrants from other countries live together.
A group of 33 facilitators from several organisations, and from a range of African countries, began training at the Foundation’s offices in Johannesburg on January 16. They are learning how to apply Community Capacity Enhancement (CCE) to help communities identify their concerns and build on their own ability to make constructive changes.

The head of the Dialogue Programme, Mothomang Diaho, recalled last year’s success with community conversations around HIV/AIDS and highlighted the need for the Foundation to widen its focus.

“We are expanding our dialogue work to promote social cohesion in communities by looking at issues such as human rights, peace and reconciliation,” she said.

She said that other institutions, including government entities, were approached to join the process and to share their experiences in promoting human rights values in different communities.

Tom Mkhize, a master trainer in the Community Capacity Enhancement (CCE) methodology, is one of trainers leading the training process.

Most of his CCE work in various African countries has been applied to HIV/AIDS, but he has used this highly adaptable methodology to address issues as varied as bird flu and school management.

“The beauty of CCE,” he said, “is that no matter what the situation, you always get results.”

The training for the social cohesion dialogues includes the legal and human rights framework that facilitators need to know about to work in communities. Speaking about the potential for conflict when these conversations raise sensitive issues, Mkhize said facilitators should model the behaviour they want to see from others. Community members should learn by example about how to build relationships, he said.

Also in the dialogue programme’s implementing team are Bea Abrahams and Ken Mutuma, both highly experienced managers in the area of forced migration and human rights.

“The crucial part is for South Africans to relate in a different way to our brothers and sisters from the African continent,” said Abrahams. “I know that this programme will benefit not only South Africa but other countries as well.

“We hope to give people the knowledge and skills to accept and work with diversity,” she said. “We want people to realise that having different perceptions doesn’t necessarily mean that one is wrong. We need to listen to each other and understand how others feel.”

Abrahams added that the ultimate goal was communities where South Africans and people from other countries could live together.

Mutuma explained that the CCE skills would enable facilitators to ease and resolve tensions that may arise during the conversations.

“The most important thing that a facilitator will be taught is that you gradually lead a community, you don’t jump-start it. You lead the members of the community to be comfortable enough to talk about their issues and find solutions,” he said.

“For me, while I was growing up in Nairobi, South Africa was idolised,” said Mutuma. “Our history lessons were filled with the struggle and the ideals that those South African freedom fighters fought for.  South African heroes were the continent’s heroes. The image of South Africa in the continent was scorched by the attacks on a group of people by a majority who understand oppression. I would like to see the nation stand up and become a beacon of the African continent. I hope that through this dialogue we reach cohesion.”

The Dialogue Programme’s partners in its social cohesion work include: 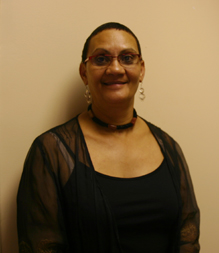 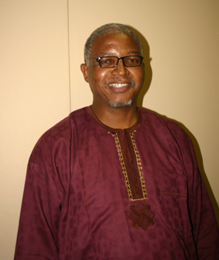 Tom Mkhize, a master trainer in the CCE methodology, is one of trainers leading the training process 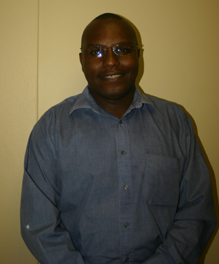 Ken Mutuma is part of the Dialogue Programme’s implementing team, which focusses on social cohesion