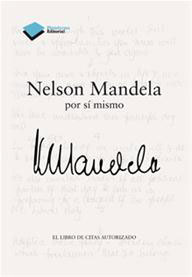 The Spanish version of Nelson Mandela By Himself: The Authorised Book of Quotations

Edited by Sello Hatang and Sahm Venter of the Nelson Mandela Centre of Memory; the Spanish edition was translated by Ricard Vela Pàmies.

It is available in Spain and from www.amazon.es or through the publisher on Platforma Editorial