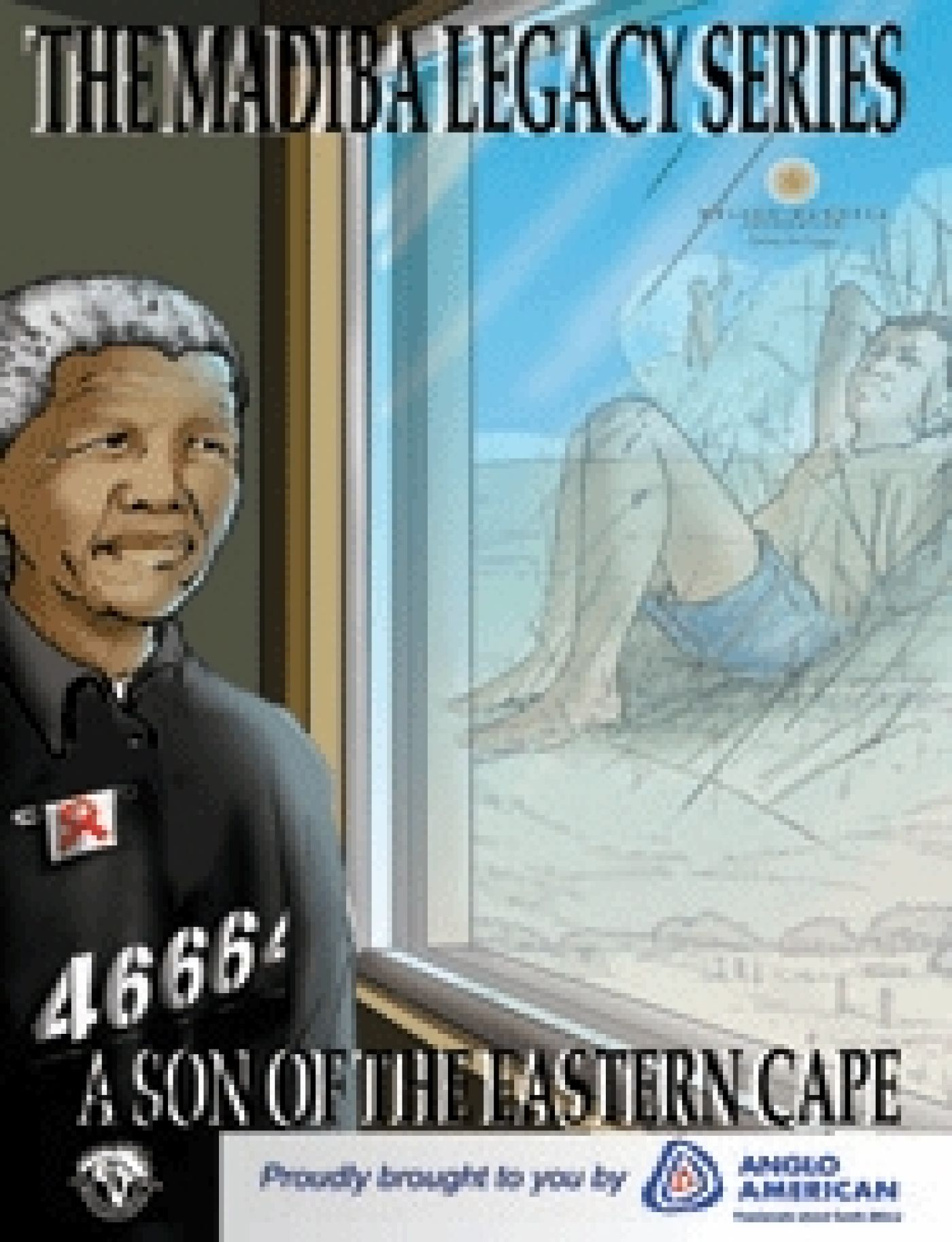 The first edition of a series of nine comics covering the life and work of Madiba.

Easier to read than conventional books, the comics are aimed at conveying the seminal values of a free society and a sense of their own history to those beyond the reach of other kinds of written media because of poverty, illiteracy, geographic isolation, technological divides and underdeveloped reading cultures.

Speaking earlier this year about the production of the first comic, called “A son of the Eastern Cape”, Foundation chief executive John Samuel said that the memory of the lives of Mr Mandela and his comrades in the context of the struggles against colonialism, segregation, apartheid and global marginalisation needed to be shared as widely as possible.

Commenting on the choice of comics as an imaginative way of bringing history to life, Samuel said that comics had introduced him to the joys of reading as a child. “Also, in other countries, comics have a long tradition of providing easy access to important information. Some people might remember the series of classic literature in comic form that made Charles Dickens and many other authors accessible to young readers.”

At the launch announcement, Mr Mandela said “My hope is that the elementary reading of comics will lead the youth to the joy of reading good books. That joy has been mine all my life, and it is one I wish for all South Africans. If the comic reaches new readers, then the project will have been worthwhile.”

Three themes will be emphasised in the first comic: tradition, community and story-telling. Mr Mandela said that these themes had played an important role in shaping his early life and continue to influence him today.  “All of us have the potential to be experts in telling stories and in reading them. It is our hope that the comic we are launching today will promote this understanding.”

Just over one million copies of the first comic will be distributed free of charge nationwide – 500 000 to schools, 500 000 as inserts in newspapers, and 1 000 to mineworkers.

The full series is being produced by the Foundation’s Memory for Justice Programme. They are working in collaboration with publishers Umlando Wezithombe and their team of young writers and designers, and media partner, the Independent Group. The first and ninth issues are being sponsored by Anglo American.

The Nelson Mandela Foundation’s Memory for Justice Programme wishes to make the comics interactive by using them as a teaching tool in schools and by means of feedback sessions with, particularly, rural communities. The Independent Group will also run follow-up national reader engagement exercises in its educational supplements.