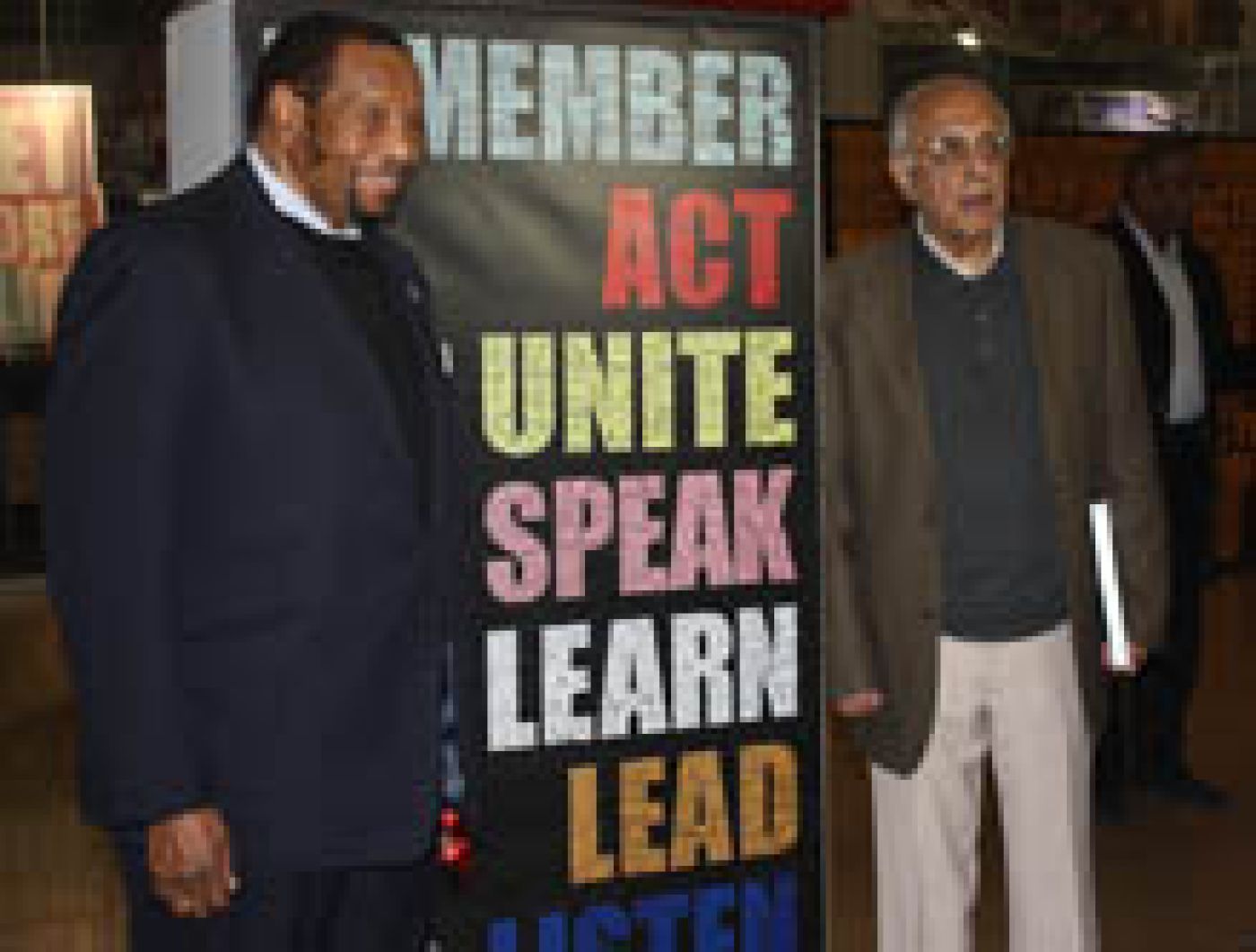 Businessman Richard Maponya with anti-apartheid stalwart Ahmed Kathrada at the 2010 launch of the Mandela Day exhibition at the Maponya Mall in Soweto.

Ntate Maponya lived an extraordinarily long and full life. He was related to Madiba by marriage and developed a friendship with him which lasted many decades. He supported numerous projects which were important to Madiba, for government, for political work and for charity. The Foundation last worked closely with Ntate Maponya when he sponsored the hosting of the award-winning Mandela exhibition at the Maponya Mall in Soweto which had just completed a run in New York. We appreciated his attention to detail and we will remember with fondness his mischievous sense of humour.

We join many in saying hamba kahle to an outstanding South African. He will be missed.