Media statement: Message of condolence from the Nelson Mandela Foundation on the passing of Princess Irene Buthelezi

We have learned with great sadness of the passing of Princess Irene Buthelezi.

We send the condolences of our Chairperson, Professor Njabulo Ndebele, the Board of Trustees and the staff of the Nelson Mandela Foundation to Chief Mangosuthu Buthelezi and the whole family.

Nelson Mandela had known Mrs Buthelezi since before he was imprisoned, having first met her father, Mr Zachariah Mzila, in the 1940s.

While he was in prison Mr Mandela corresponded with her, most notably in 1969 after his son Thembi was killed in a car accident, when he wrote, “Death is a frightful disaster no matter what the cause & the age of the person affected.”

In the letter he asked her to pass on his gratitude to Chief Buthelezi for his telegram of condolence on Thembi’s passing.

Reminiscing about the early 1940s when he worked at a mine compound in Johannesburg managed by Mr Mzila, he wrote: “My thoughts very often go back to the forties when I lived at Mzilikazi where I first met your parents.”

Mr Mandela described Mr Mzila as “a grand old man I admired & respected in all sincerity. He was dignified, courteous & confident.”

In a letter to Chief Buthelezi on 1 October 1978, he sent his regards to Mrs Buthelezi, to whom he referred by the royal reference of ‘Ndlunkulu’. “From the few pictures I have seen of Ndlunkulu, she betrays few signs of old age. She still looks very much the young daughter she was of Mzila & uMakoti wa kwa Phungashe. I hope she will live long.” 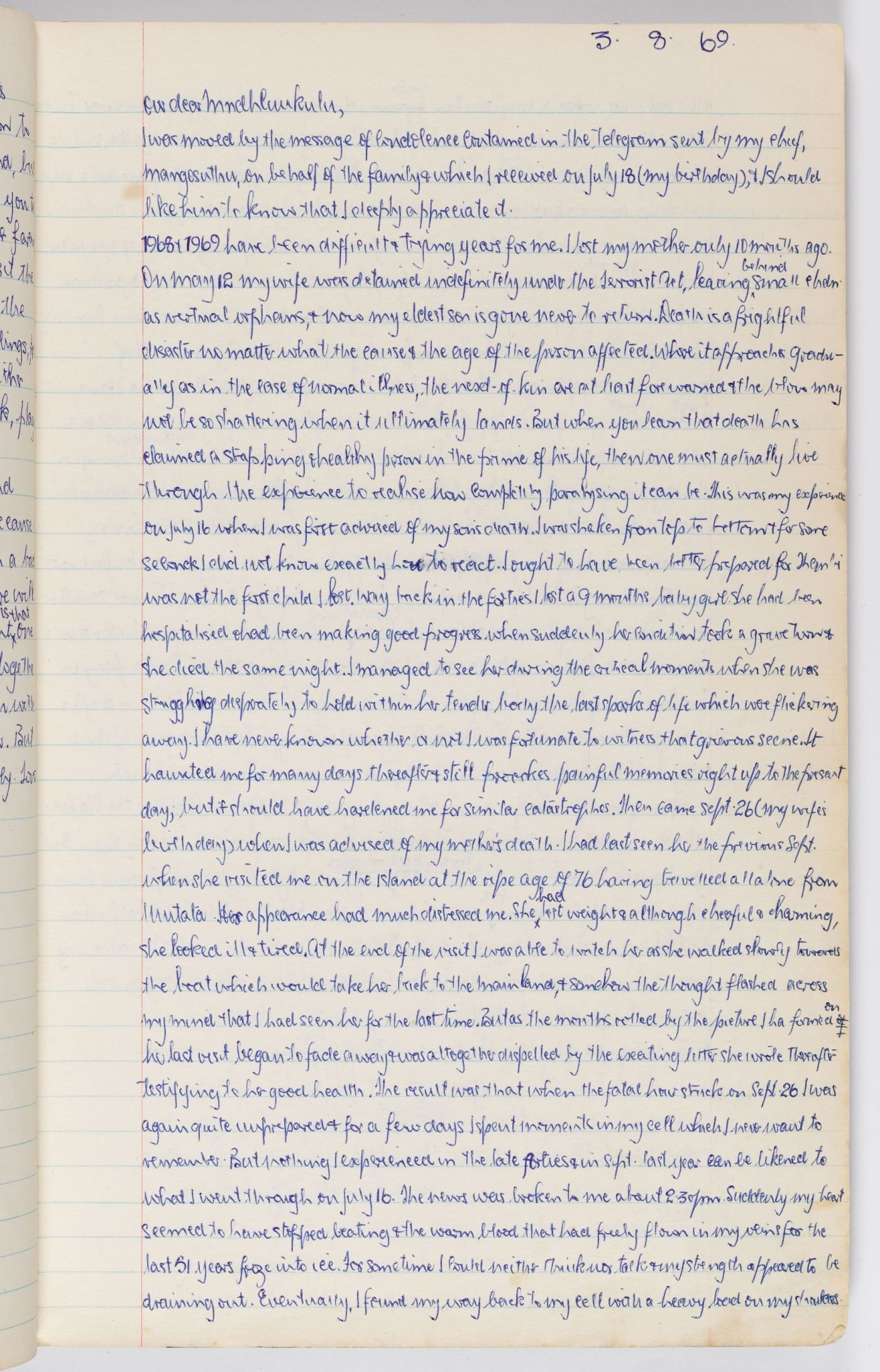 Nelson Mandela's 1969 letter to Princess Irene Buthelezi, in which he wrote, “Death is a frightful disaster no matter what the cause & the age of the person affected”. 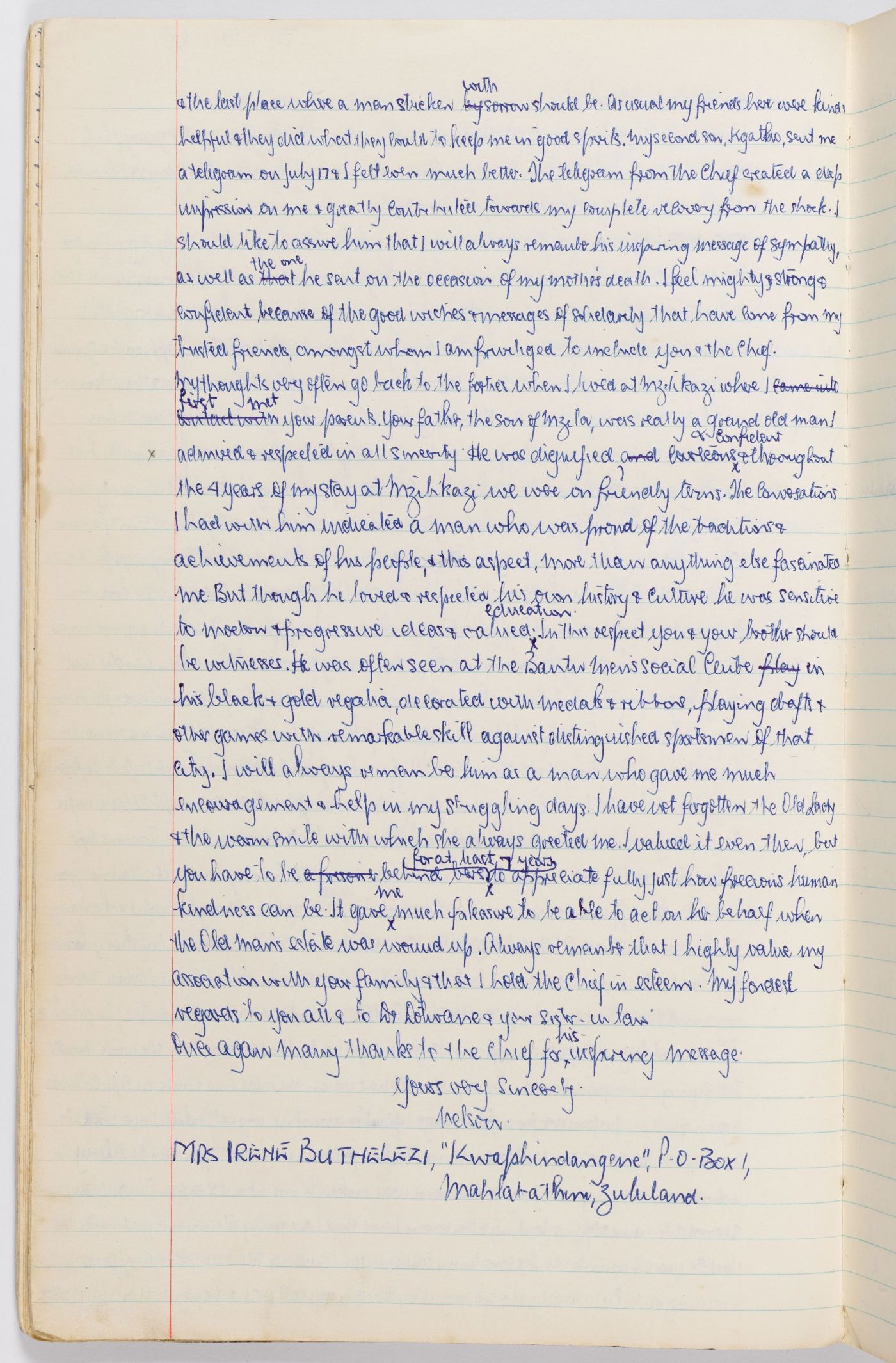