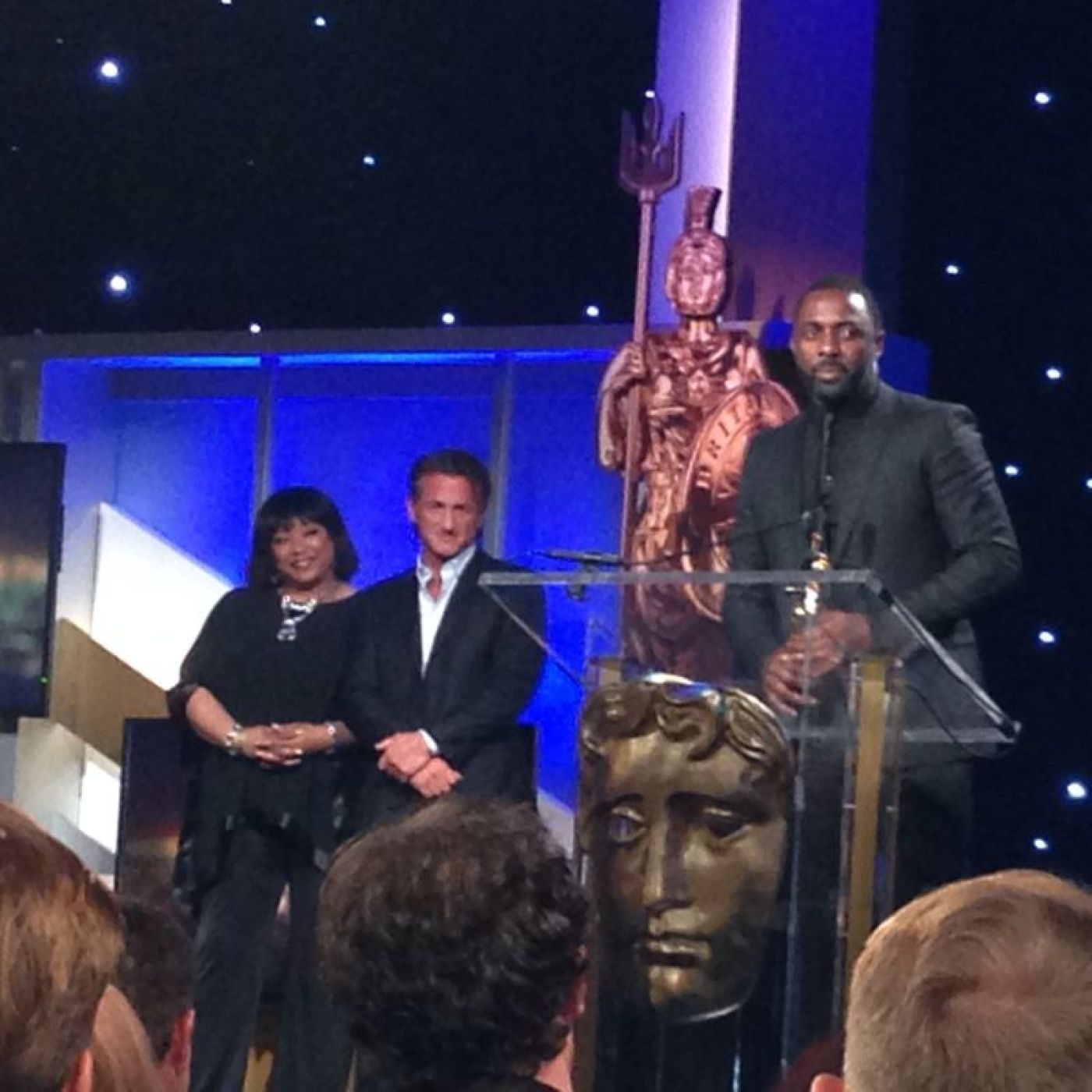 On the evening of 10 November 2013, Idris Elba, who plays Nelson Mandela in Mandela: Long Walk To Freedom, was awarded the British Academy of Film and Television Arts (BAFTA) Los Angeles Britannia Humanitarian Award.

The Britannia Awards are BAFTA Los Angeles’ highest accolade and is a celebration of achievements which honours individuals and companies that have dedicated their careers to advancing the entertainment arts.

The Awards Ceremony took place on 10 November 2013 at the Beverly Hilton Hotel where Mandela’s daughter, Zindzi and actor, Sean Penn presented the award to Elba.

Gary Dartnell, Chairman of BAFTA Los Angeles said Elba was selected as the recipient of the Humanitarian Award because he "has used his success in film and television to turn the spotlight towards a very deserving cause. His work with the Prince's Trust for disadvantaged youth is highly commendable, and in complete accord with BAFTA Los Angeles' own work in the inner city."

Anant Singh, producer of Mandela: Long Walk To Freedom commenting on Elba receiving the BAFTA Los Angeles Humanitarian Award said, “I congratulate Idris on receiving this well deserved award. He is committed to leveraging the profile that he has developed in the film and television industry to be used as a tool in his work among disadvantaged youth. As a recipient of support of the London based Prince’s Trust himself, Idris continues to work with the Trust to uplift disadvantaged youth. It is also fitting that the criteria for the Humanitarian Award mirrors Nelson Mandela’s own humanitarian goals.  It is also very special because Mr Mandela’s daughter, Zindzi presented him with the award.”

The US premiere of Mandela: Long Walk To Freedom will take place in Los Angeles on 11 November at the prestigious ArcLight Cinemas in Hollywood and will be attended by many Hollywood celebrities including Quincy Jones. The New York premiere will follow on 14 November at the Alice Tully Hall.

Mandela: Long Walk To Freedom will be released in cinemas throughout South Africa on 28 November 2013.