The health and safety of pupils at school have been two matters of primary concern for teachers, parents and broader society in South Africa. Multiple reports have illustrated the hazard that pit latrines, in particular, pose to young learners in school. To respond to these concerns, the Nelson Mandela Foundation has collaborated with Engen Oil, the Department of Basic Education and the Office of the Presidency on an initiative to build safe sanitation facilities in South African schools. 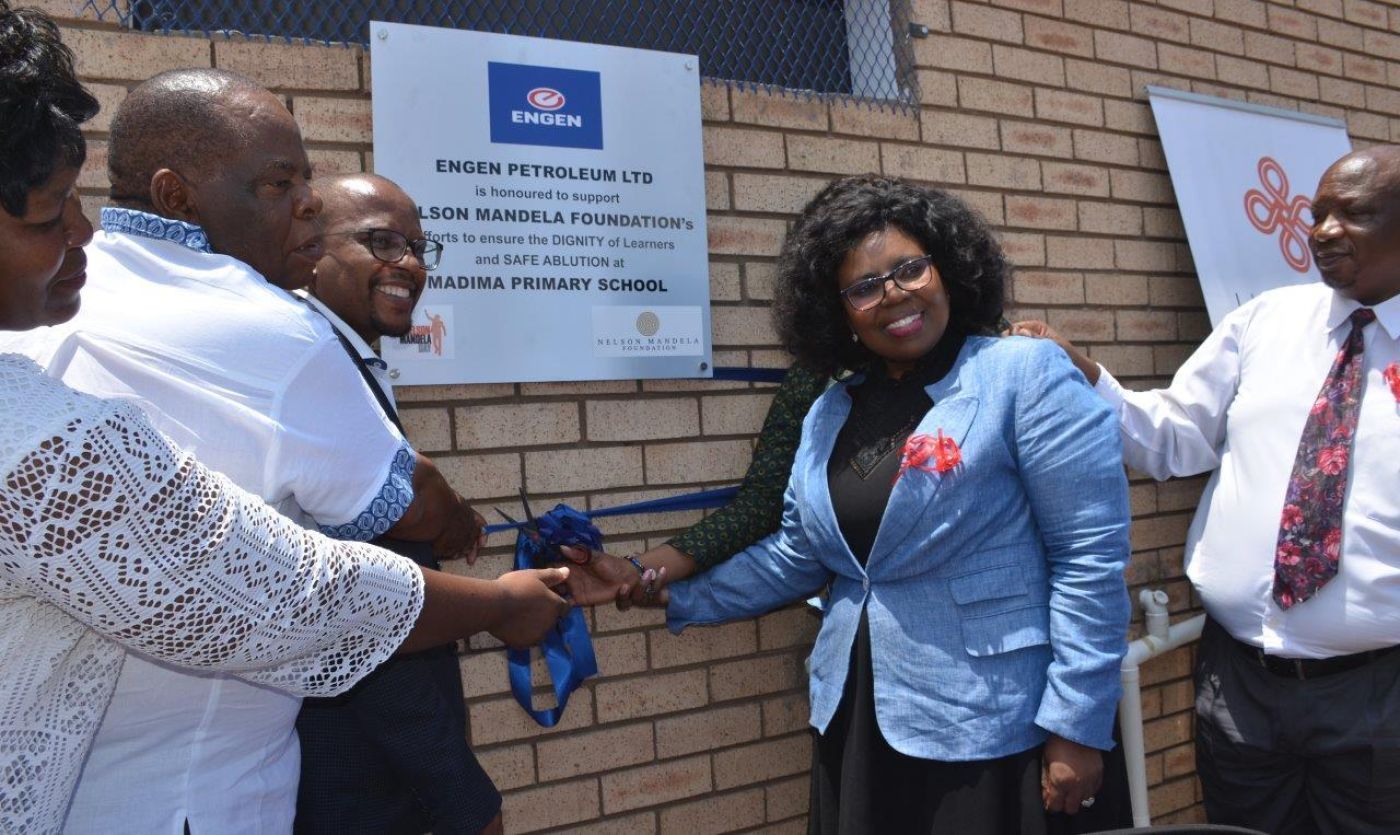 Official handover of the ablution facilities at Madima Primary School.

On the February 6th, 2020, the partnership hosted its first handover ceremony at Madima Primary School in Moses Kotane municipality, Rustenburg, North West province. The Mandela Day team attended the ceremony with representatives from Engen Oil and the Imbumba Foundation. Mr. Sello Hatang, Chief Executive of Nelson Mandela Foundation, described how the passing away of pupils last year in Limpopo and kwa-Zulu Natal due to unsafe sanitation facilities deeply touched him. 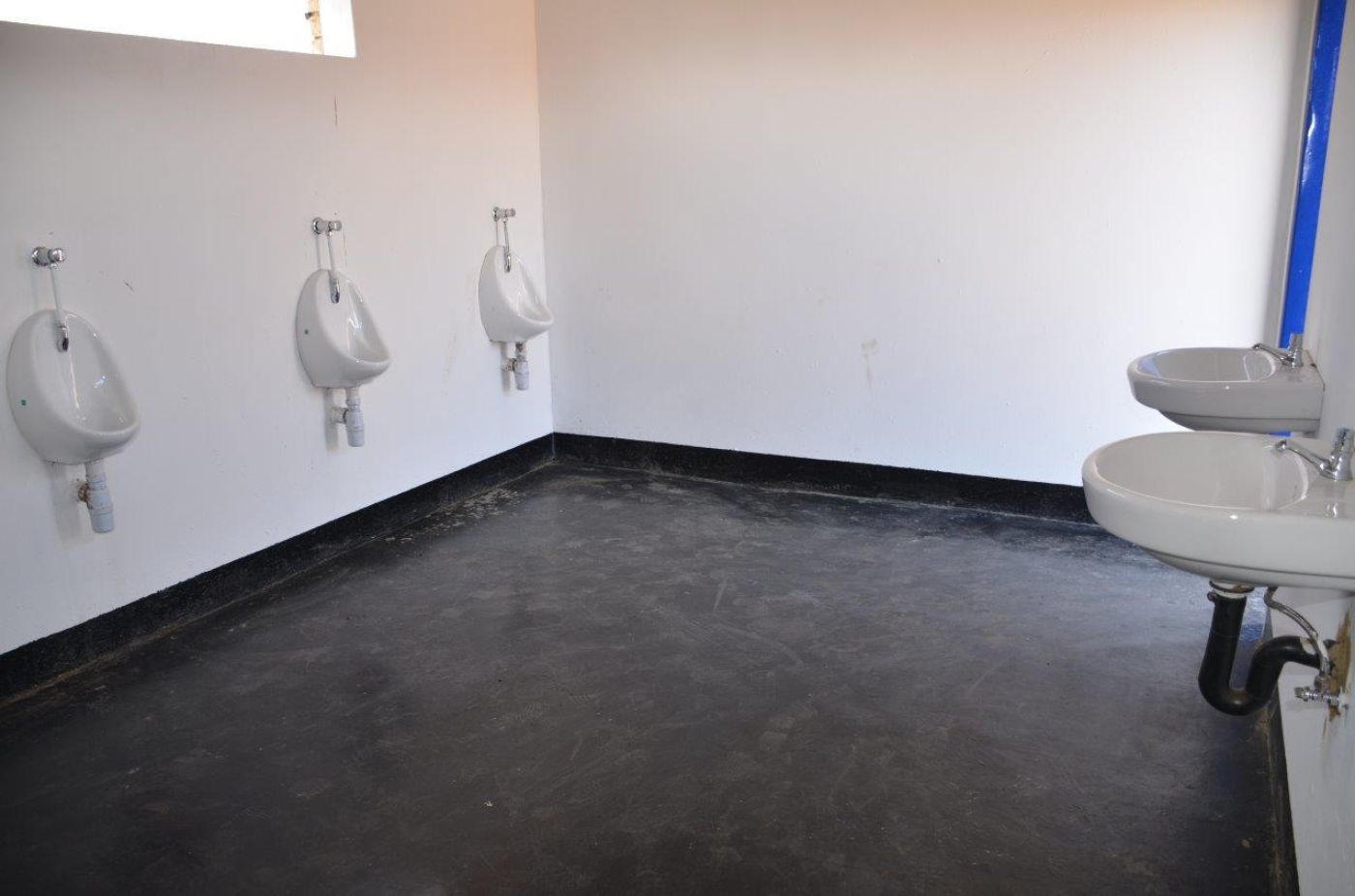 One of the bathrooms which were handed over to the learners of Madima Primary School.

“The decision has been taken to ensure that no child will lose their life at the pit toilets,” said Hatang. Mmaphefo Matsemela, MEC of North West province, mentioned that 95 of the 154 sanitation facilities have been built in North West province with a further 23 under construction from the province’s 2019-2020 plan. Matsemela implored for pit latrines in schools to be demolished as soon as the new ones start to function to ensure that students do not use them.  A representative of the Bakgatla ba Kgafela Traditional Authority was happy to announce that, from the toilets that were built in Moruleng, all of them are still in good condition and working fine. The Imbumba Foundation handed over sanitary products to the students to improve their dignity and ability to attend school without monthly interruptions. 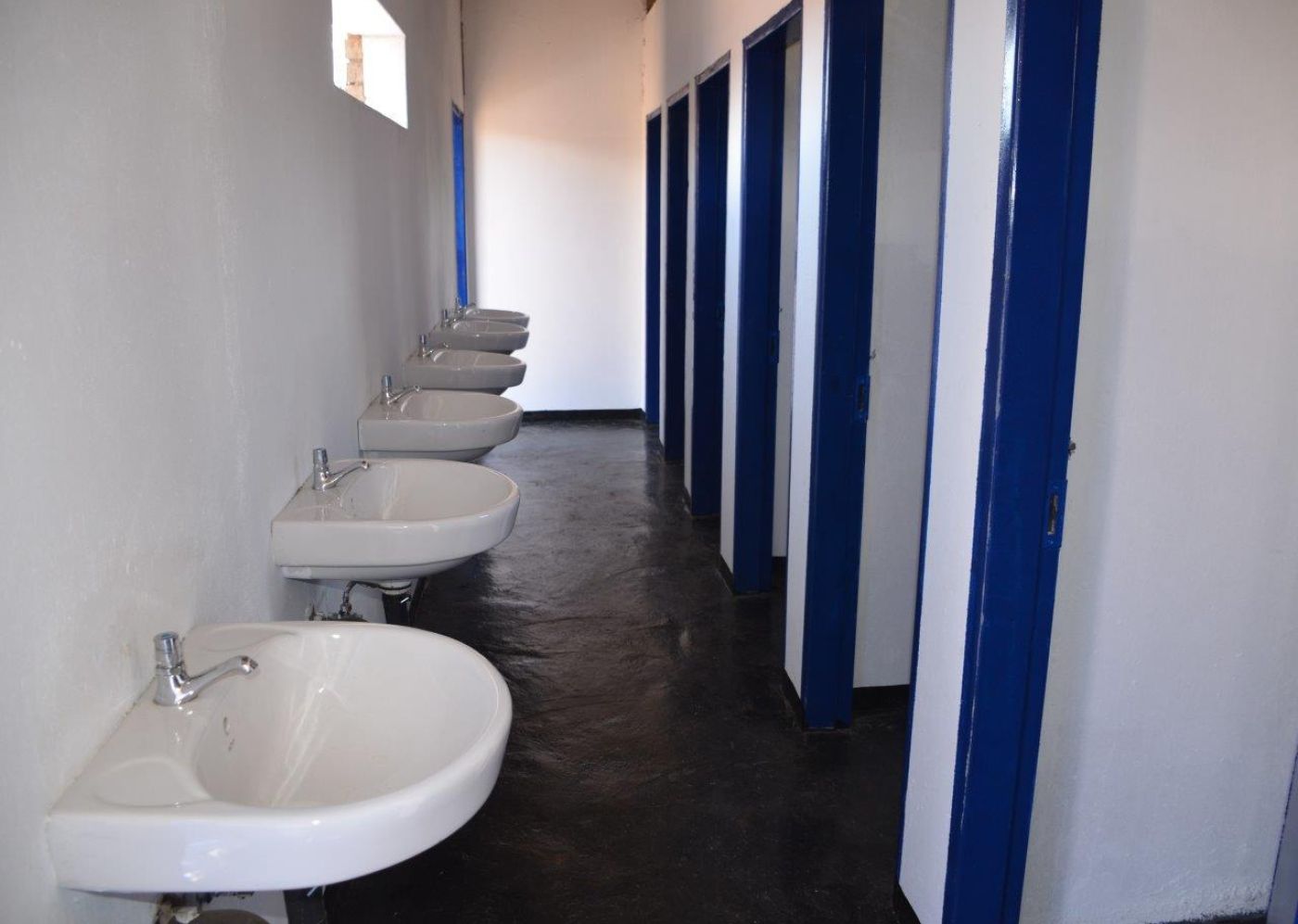 Another of the bathrooms which were handed over to the learners of Madima Primary School.

The school choir closed the handover ceremony. The partnership is looking to build many more sanitation facilities in the Eastern Cape, Limpopo, the North West province and KwaZulu-Natal as part of the Mandela Day Goal to ensure Safe Sanitation and access to Education. 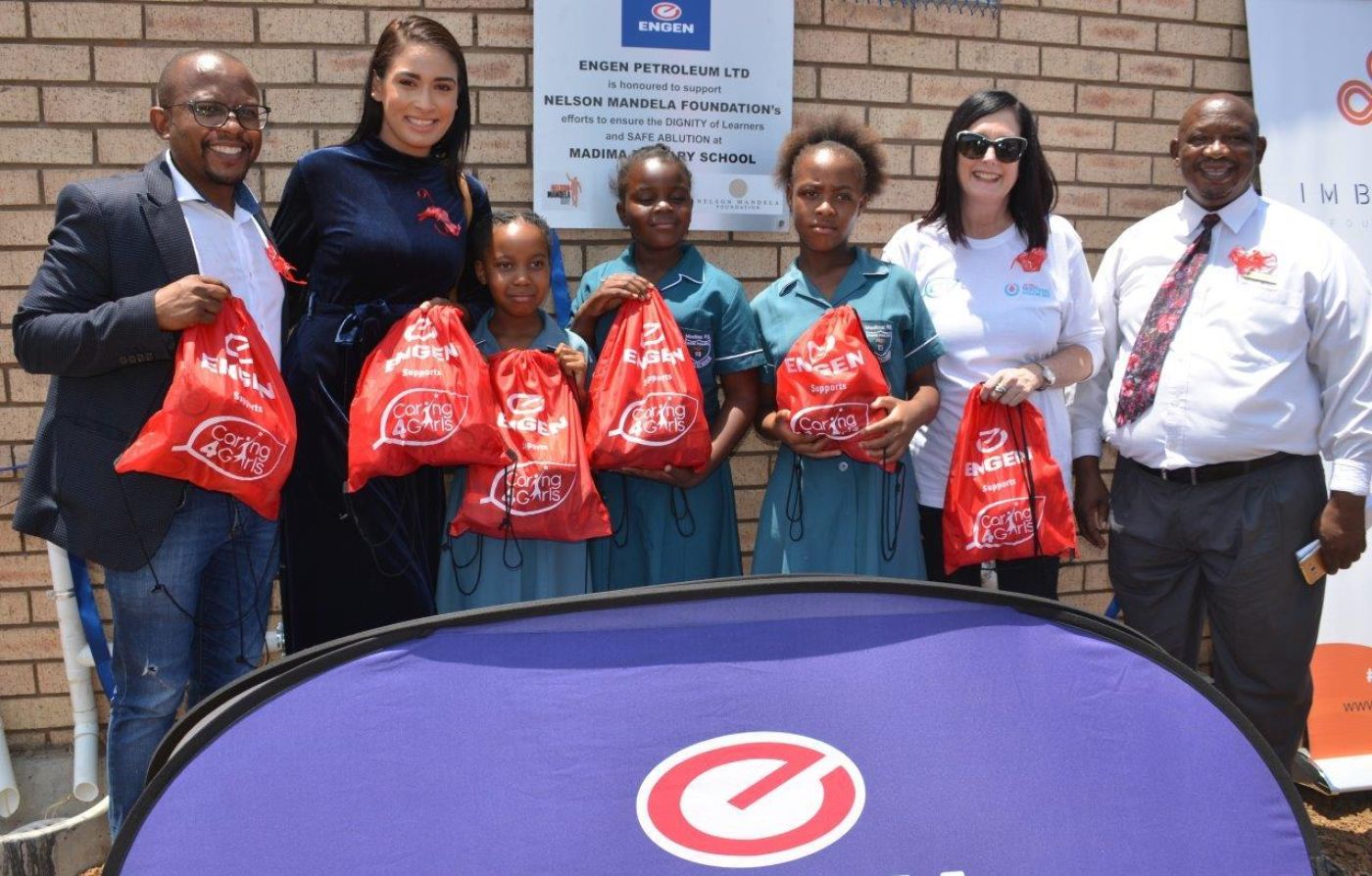