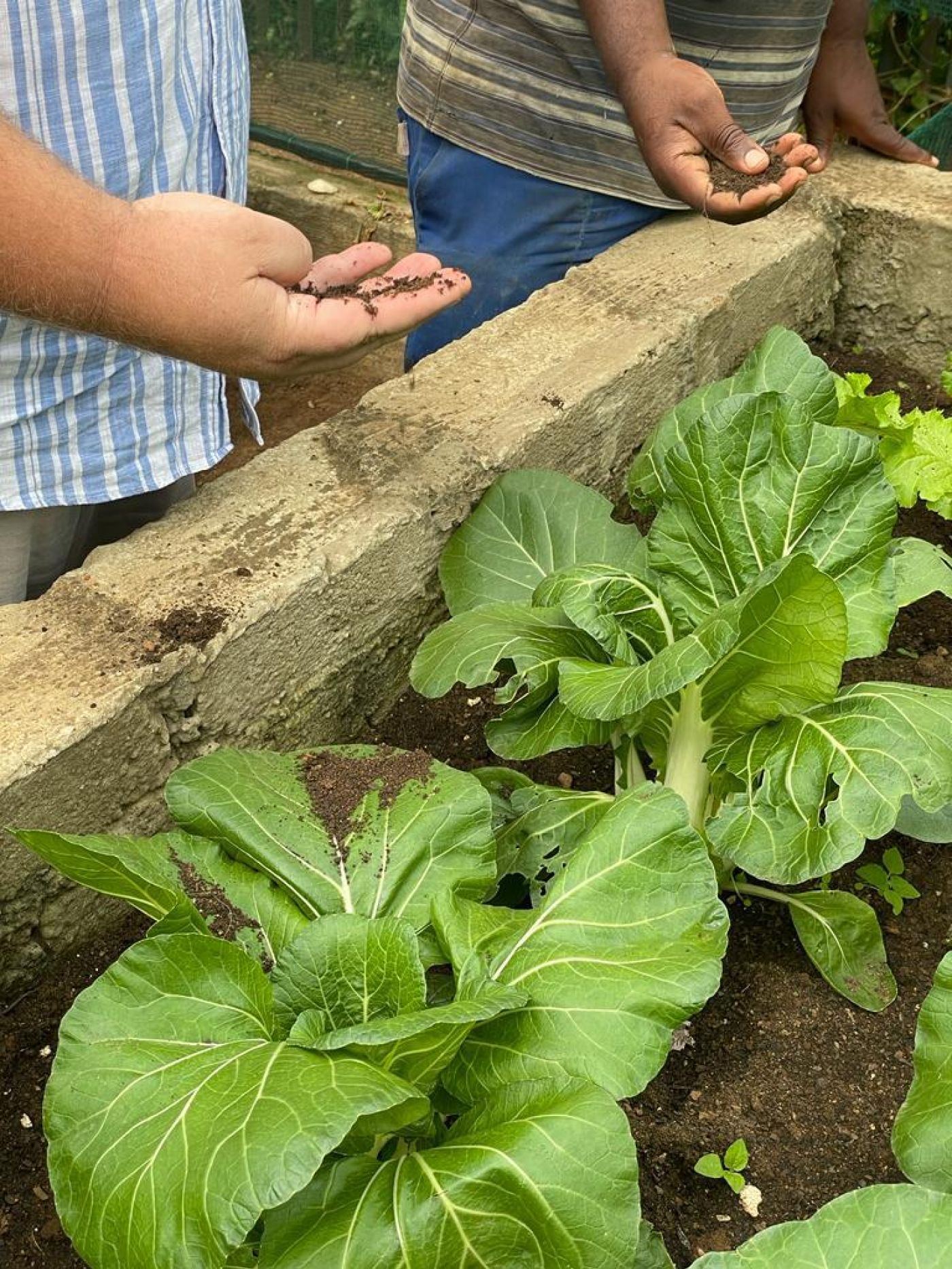 Nelson Mandela Day is celebrated annually on the 18th of July. This year, the international campaign’s focus and messaging will seek to promote community and backyard gardens, support fruit and indigenous tree planting, and create awareness of the intersections between food security and climate change. We are excited to share that the Nelson Mandela Foundation will celebrate Mandela Day 2022 in the Eastern Cape, the land of Madiba’s birth, hosted by the Nelson Mandela University’s Food Systems Programme.

The recent and continued flooding that resulted in more than 400 people losing their lives in KwaZulu-Natal and the Eastern Cape, is a clear indication that the effects of the climate crisis are upon us and we cannot standby and do nothing. As is the case with many other social phenomena, the climate crisis will and has disproportionately affected communities of the global South, highlighting that inequality and in-access are deeply systemic.

On the 4th of May 2022, the Nelson Mandela Foundation along with its partners launched the Nelson Mandela Day campaign for 2022 at Emthonjeni Community Centre situated in Zandspruit, North of Johannesburg. The launch was well attended by a multiplicity of stakeholders from government, civil society as well as corporate partners. The purpose of launching in the communities that we serve was to elevate the exceptional work that is already happening in our communities and to create meaningful linkages between different stakeholders.

The MEC of Economic Development, Environment, Agriculture and Rural Development for the Gauteng Province, Mr Parks Tau, was the keynote speaker for the day. He reflected on the link between sustainability, climate crisis and food insecurity. Salient to his input was a reminder of the founding principle informing our approach and understanding of “sustainability”. As defined by the United Nations “sustainable development, is development that meets the needs of the present without compromising the ability of future generations to meet their own needs”. 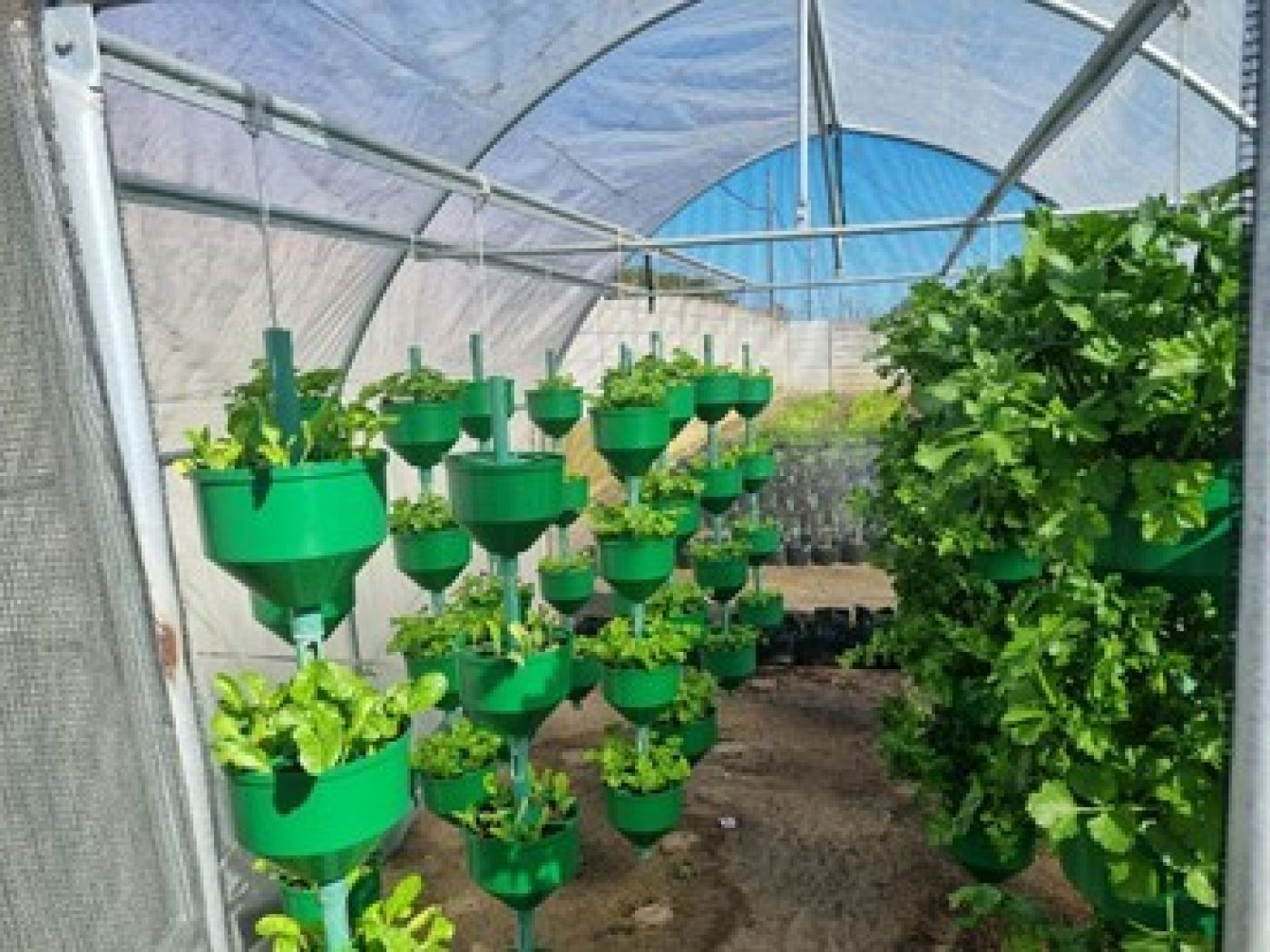 Our commitment to supporting community gardens across the country led us to a small community located in the town of Clanwilliam in the Cedarburg region, Western Cape. We were hosted by an organisation called Changemakers Hub which took the time to show the team around the community. What was striking to see was the clear inequality that existed in this outlying farming community. Sessional farm labours live in an informal settlement not too far from the small-town centre while several beautiful holiday homes are located on the edge of a picturesque dam on the other side of the road. It is evident that the community has limited access to amenities such as running water, electricity, and other important basic services.

The day spent with Changemakers Hub emphasised the need to develop inclusive circular economies, through community involvement and capacity building. As part of a clean-up programme as well as a means to create income-generating opportunities, the Hub has partnered with members of the community and a small-scale entrepreneur to promote recycling. Small carts are used to collect recyclable materials that are then transported to a nearby site for sorting. The Mandela Day team learned that with additional support and operations at a larger scale this project could become more profitable while contributing to positive climate action while empowering members of the community beyond the limited employment opportunities afforded to them on nearby farms. The Hub has also engaged the local government in an effort to collaboratively address the multiple challenges facing the community.

The hub has worked with a number of stakeholders in the community to build partnerships and collaboration in trying to create and support inclusive circular economies. Interestingly, they plan on having a community garden in the centre of town where they will plant over 100 running metres of 2500 spekboom trees, greening the town “square” of Clanwilliam. The garden will have a Moringa tree trio and will boast 5 show and tell food garden boxes built out of ecobrick benches (upcycled plastic bottles). The garden on completion, will have thousands of litres of non-recyclable plastic repurposed into benches and represent a proudly and inclusive space that will be used as a model to spread the idea of backyard gardens within the community.

As July draws closer, the Nelson Mandela Day Campaign, supported by several partners and stakeholders is excited to make an impactful change in society. With this in mind we encourage South African and global citizens to Fund, Plant, Feed and Sustain this Mandela Day as seen in Zandspruit and in Clanwilliam.