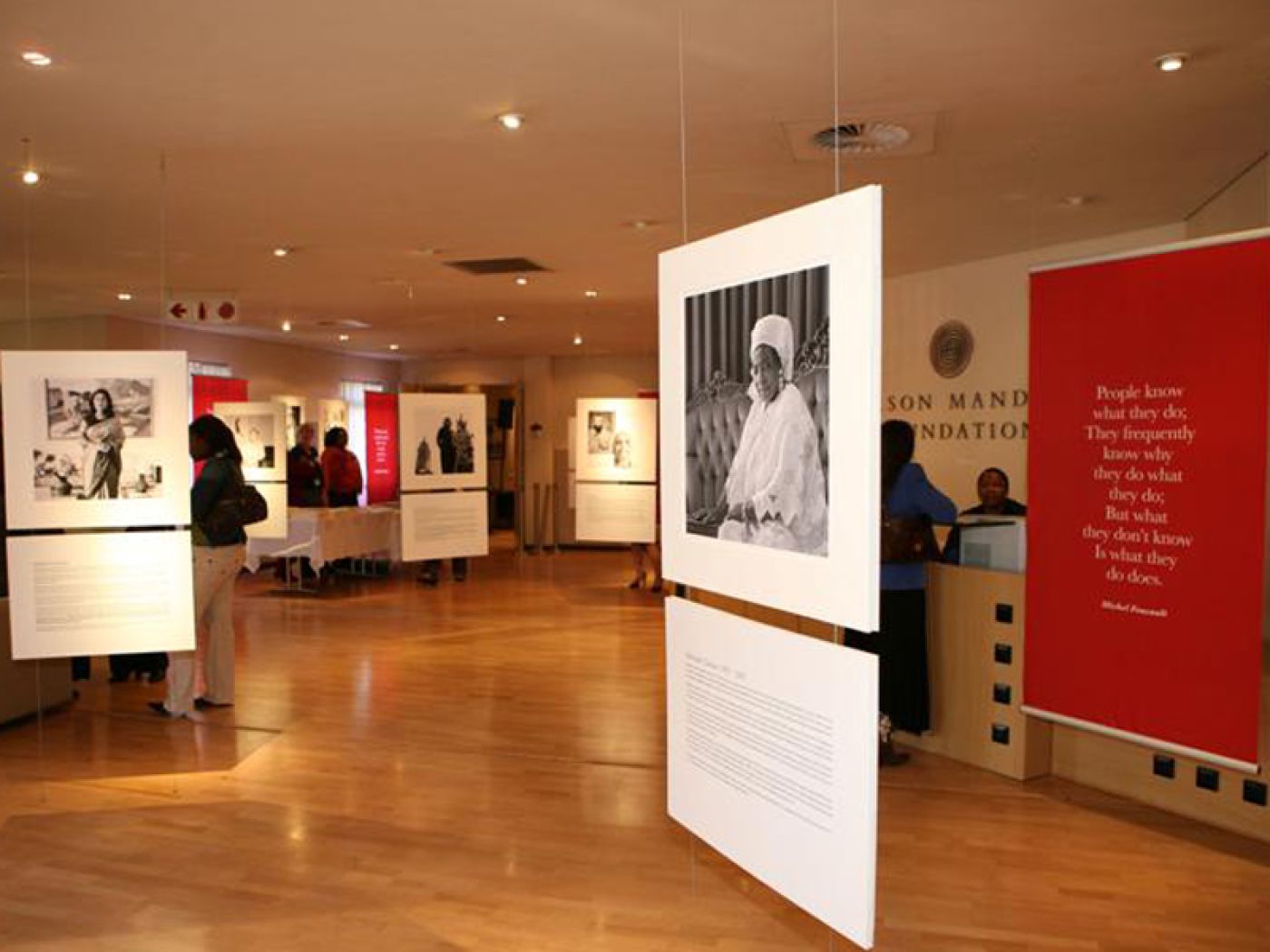 The Malibongwe exhibition at the Nelson Mandela Foundation.

August 9 1956 is a day that we as South Africa can look back on and feel a deep sense of pride, in the impact made by the women then and in the inspiring legacy they have left the women of today.

On Women’s Day, August 9 1996, 40 years after that memorable stand by 20 000 women against an unjust system, our Founder delivered a speech in Pretoria in their honour.

In it, he stated that “the challenge now, for government, for women, and for men is to seize the opportunities provided by these new formal instruments, so that women can indeed play their rightful role in transforming our society, in generating sustained economic growth, in reconstruction and development. Violence against women is a serious and escalating evil in our society. It is both a part of the subordination of women and consequence of that inequality.”

Eleven years since the speech, a lot has changed but much remains to be done.

On May 30 2007, the Nelson Mandela Foundation convened a dialogue linked to an exhibition entitled

The Foundation, in partnership with the Nelson Mandela Children’s Fund, hosted the dialogue to highlight the continuing struggle for gender equality and to act as a catalyst to encourage action on issues raised.

It was an opportunity to salute all women who have waged relentless struggles against apartheid and inequality, and to remember and commemorate the importance that the women’s struggle places upon today’s society and democracy, to ensure that the struggles of our esteemed dead and living heroines and heroes were not waged in vain.

The organisers, like many others, were spurred on by a call made by the Deputy President of the Republic of South Africa, Ms Phumzile Mlambo-Ngcuka, at the launch of the 365 Days Programme and National Action Plan to End Violence Against Women and Children, in Pretoria, on International Women’s Day, on March 8 2007.

The inter-generational dialogue featured some of the valiant women from the struggle alongside a new generation of women engaged in continuing the struggle for justice today. The event highlighted various issues, including women as being pillars of their families and the need for a platform for the younger generations to learn from the women who have done so much in the past.

The Foundation intends to engage local and global partners to continue to convene dialogue around the status of women in society and the roles they can play in economic, political and social spheres.

We believe that there is no other way to look at complex issues such as these, other than have a multi-stakeholder approach. Through dialogue, the Foundation intends to bring about deep conversations among all relevant actors to develop a greater level of understanding and awareness around the problems they face.

We invite you to read the record of our Malibongwe dialogue and look forward to taking this inter-generational dialogue forward.

Visit our gallery and record of the 2007 Malibongwe event in the Dialogue section of the website.